After an amazing wolf encounter? From the mountains of Ethiopia to icy Arctic Canada, here are eight great places where you may see wolves... 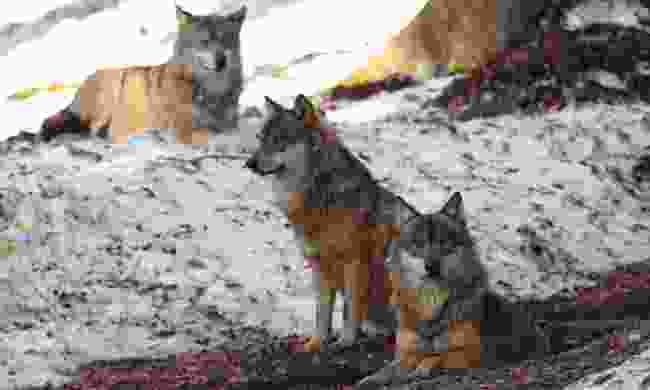 Why it’s a hotspot: Like a huge emerald arm, the Carpathian Mountains not only cut a lush swathe across Romania, they are also home to the largest number of wolves in Europe. The untouched beech and pine forests are the perfect lupine playground, even if the thick tree cover means sightings can be few and far between. But it’s the thrill of the chase that appeals, as you trek old shepherds’ trails deep into the wilderness to track their movements, whether spying muddy pawprints in the summer or crisp indentations during a snowy winter.

The alpine meadows that wind up to Ciuma Peak are a wolf hotspot, as is the spectacular Zarnesti Gorge in Piatra Craiului National Park. Seeing one will send shivers down your spine, though in the land of Dracula’s home (Bran Castle), chills are not exactly uncommon. 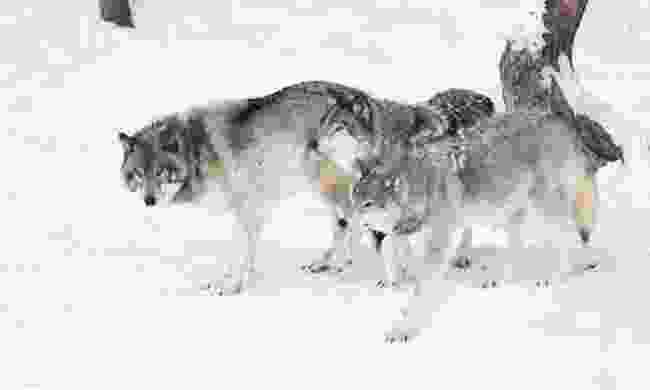 Why it’s a hotspot: Canada’s grey wolves have weathered modernity well, with some 60,000 still ranging the wilds here – no doubt helped by the incredible wildernesses that survive. You can spot them rubbing shoulders with polar bears on the banks of Hudson Bay in Manitoba’s Churchill, hike among them in the Rocky Mountains of British Columbia and hear them howling under the northern lights up west in the Yukon Territory.

In Ontario, wolves can prove more elusive to spot, with sightings usually reserved for fleeting glimpses from highways. But if you head there in August, wolf- howling demos at Algonquin Provincial Park offer an exciting way to connect with these predators.

However, it’s in northern Québec where you’d arguably find the most thrilling experience, camping out in the tundra landscape of Nunavik and gaining a unique insight into the relationships between adults and pups, how they survive in the wild, and the hunting trips they embark on together (trips generally run in July). Wild. 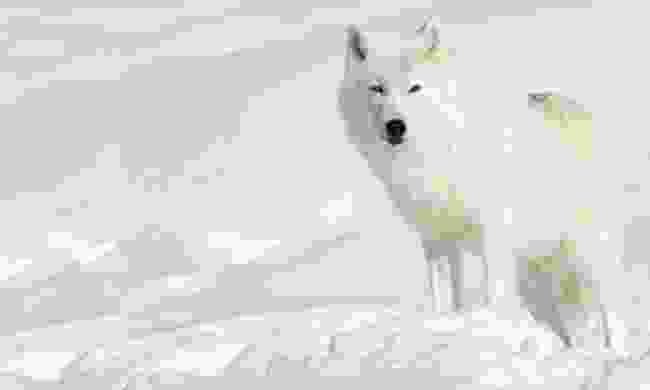 Why it’s a hotspot: Sadly, wolves in Russia are regularly persecuted by hunters, but there are still ways to spot them in the country’s remote wilds. Wolves cover the vast frozen expanse of Siberia, including the Durminskoye Reserve’s taiga forest, sharing this with Siberian (Amur) tigers and leopards. Big-cat-spotting trips here are common and the best chance to spy wolves in their element.

Alternatively, once the winter ice breaks up, expedition ships can reach wild Wrangel Island, high in the Arctic, and another location where wolves are making a comeback long after it was thought they had disappeared.

When to go: June–August 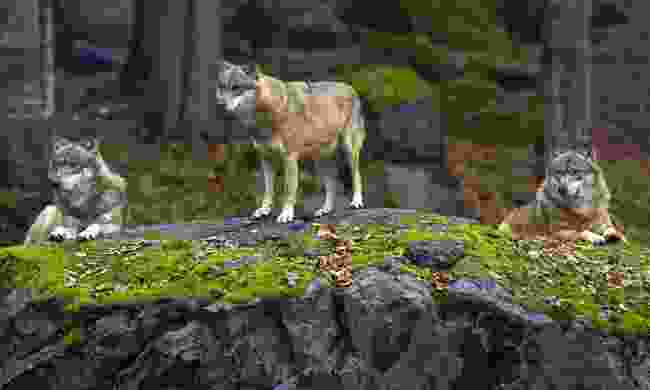 Why it’s a hotspot: The vast remote wildernesses combined with the summer midnight sun means Finland’s eastern taiga is round-the-clock wolf-spotting territory. Nudging the Russian border, Kuhmo’s sprawling mix of boreal forests, limpid-blue lakes and swamps are off most people’s radars, meaning it’s all the more attractive to the country’s 200 or so solitude-seeking wolves. The several hides that dot this wild tundra offer perfect outposts for near snout-to-nose glimpses of the canids, who often slink through the landscape sniffing out carrion.

In summer, the sun barely touches the horizon, so wolf activity proves much easier to spot. Some hides even reside in a ‘no man’s land’ zone between Finland and Russia (with permit-only access), serving up even wilder encounters with the wolves. 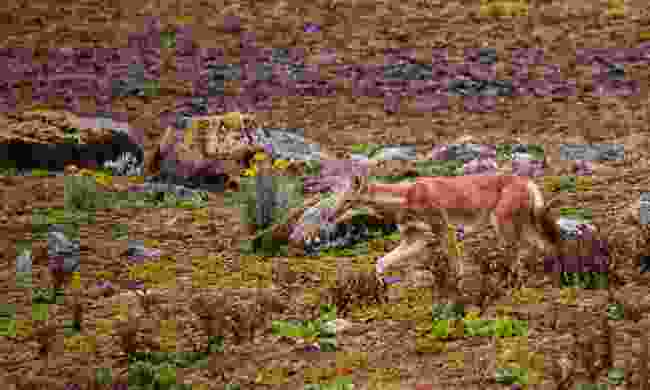 Why it’s a hotspot: The Bale Mountains are the only place in the world to spot Ethiopia’s endemic wolf. Their home in the Ethiopian highlands is a spectacular one, too: grassy hills blur with rocky outcrops that drip with lush trees, while wildflowers and lakes sprinkle otherwise desolate montane moorlands.

Two of their strongholds are the equally sparse Sanetti Plateau – characterised by its giant lobelia plants – and the Web Valley, greatly increasing the chances of a sighting despite the wolves’ endangered status. Fewer than 500 of these remarkable creatures survive in the wild (farming and rabies have decimated their numbers), but a drive or hike through the Sanetta Plateau is likely to reward with a sight of its deep russet fur, maybe even with pups in tow. 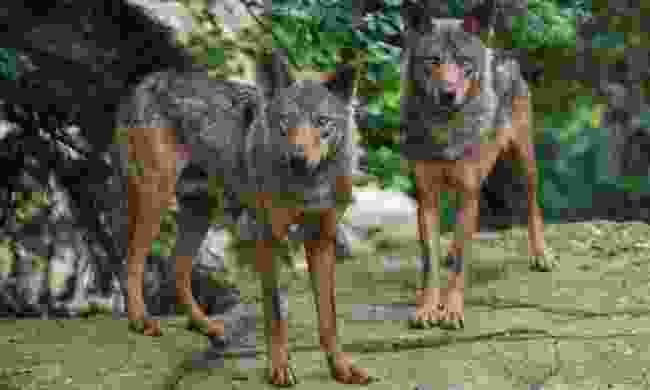 Why it’s a hotspot: The rugged Sierra de la Culebra range in north-western Spain is the best place in southern Europe to spot wolves. But it wasn’t always the case. The animals’ love of ovine meat meant they were once public enemy number one in the eyes of sheep farmers here, and hunted to dangerously low levels – their numbers dropped to the low hundreds in the 1970s.

Now, thanks to changing attitudes, wolf numbers are healthy again (upwards of 2,000). Their caution around humans does make them difficult to spot, but several viewpoints dotted across the plains and overlooking different packs heighten your chances of a sighting. 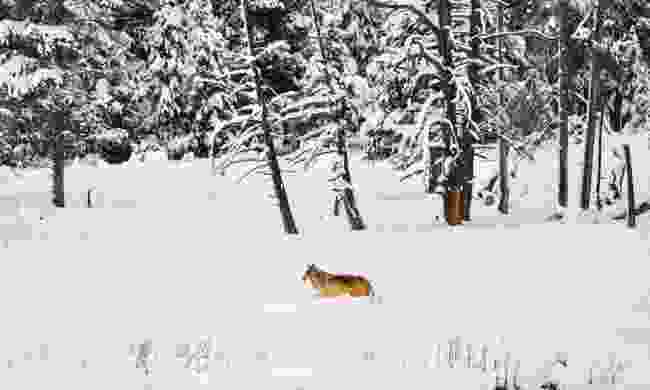 Why it’s a hotspot: Witness one of the best examples of wildlife reintroduction. Hunted to eradication in 1926, many thought Yellowstone had seen the last of its wolves. But, in an attempt to prevent overgrazing by a rising elk population, over 40 grey wolves were introduced here from Canada between 1995 and 1997; now there’s over 100.

You won’t see them slinking past the spurts of Old Faithful, though (especially not in peak season). Instead, head to Yellowstone’s north, specifically the remote Lamar Valley (Wyoming). Its contours offer impressive overarching views of the landscape, and with binoculars you can capture long-range glimpses from both road laybys and on foot.

Winter serves up the easiest chances to spot them; their thick fur is easier to see against the snow. Rise for dawn or hang around at dusk for a likelier encounter, and if your luck’s in, you might even see a grizzly, too. 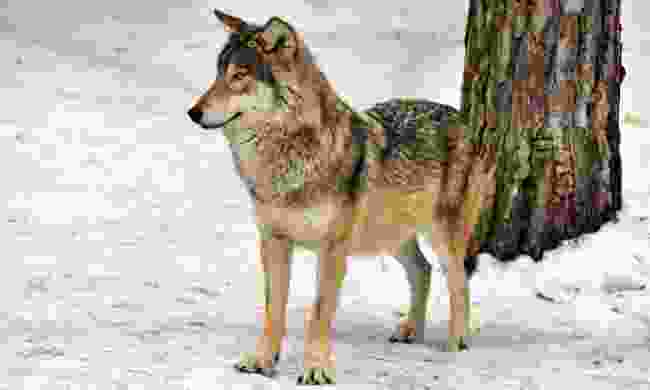 Why it’s a hotspot: This ancient forest is one of the last swathes of a wilderness that once blanketed the continent. Today, Europe’s oldest wildlife refuge is a prime location for spotting wolves along the Polish border, where you can also bag glimpses of the rare European bison.

Those bison herds and spine-jolting wolf sights may grab the headlines, but they share the forest with a host of ‘lost’ Euro wildlife, such as elk, stags and boar. Better still, 2017 saw Belarus introduce visa-free visits for up to five days via Minsk airport, although this is some 355km from the park. Alternatively, you can get a three-day free visa just for the park if you go with a tour group and enter via Poland at the Pererov-Belovezha checkpoint, meaning you can combine with a trip to neighbouring Bialowieza Forest.

When to go: October–April