Interstellar - the world’s 8 best places to meet an alien

From the deserts of Nevada to the outskirts of Edinburgh, these alien hotspots represent your best chance of encountering lifeforms from another planet 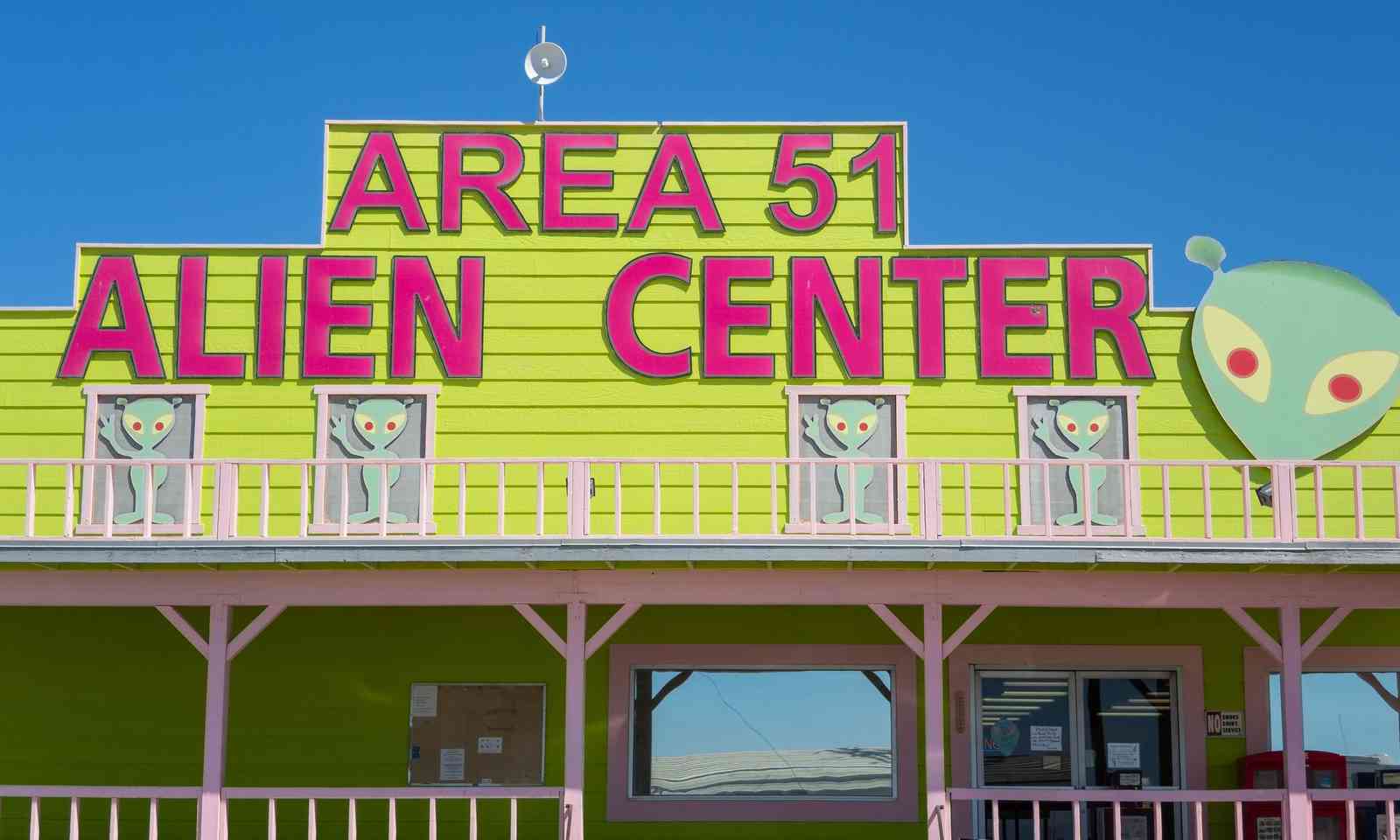 Area 51 is a highly classified Air Force base, tucked away in the southern corner of Nevada, where reports of UFO sightings are a common occurrence. Sceptics say they are simply the top secret aircraft being developed and tested there.

Others believe the Base houses the remains of a UFO that crashed in Roswell, New Mexico, and that engineers are reverse-engineering alien technology.

Security around the base is ultra-tight, so after taking a taking a selfie next to the intimidating 'No Trespassing' signs, most visitors retire to the small town of Rachel nearby, where the Little A'Le'Inn sits beside the Extraterrestrial Highway (Route 375) serving alien burgers to true believers.

The Nullabor is a remote area in Outback Australia that stretches over 1,200km between South Australia and Western Australia. It has been a UFO hotspot since the 1950s when the British military tested atomic bombs here.

Human settlements are few and far between in this part of the world, and many travellers driving this dry, barren plain have reported being chased by UFOs. The government erected a "Beware of UFOs" highway sign after the Knowles family had their family sedan sucked up by a UFO in January 1988. 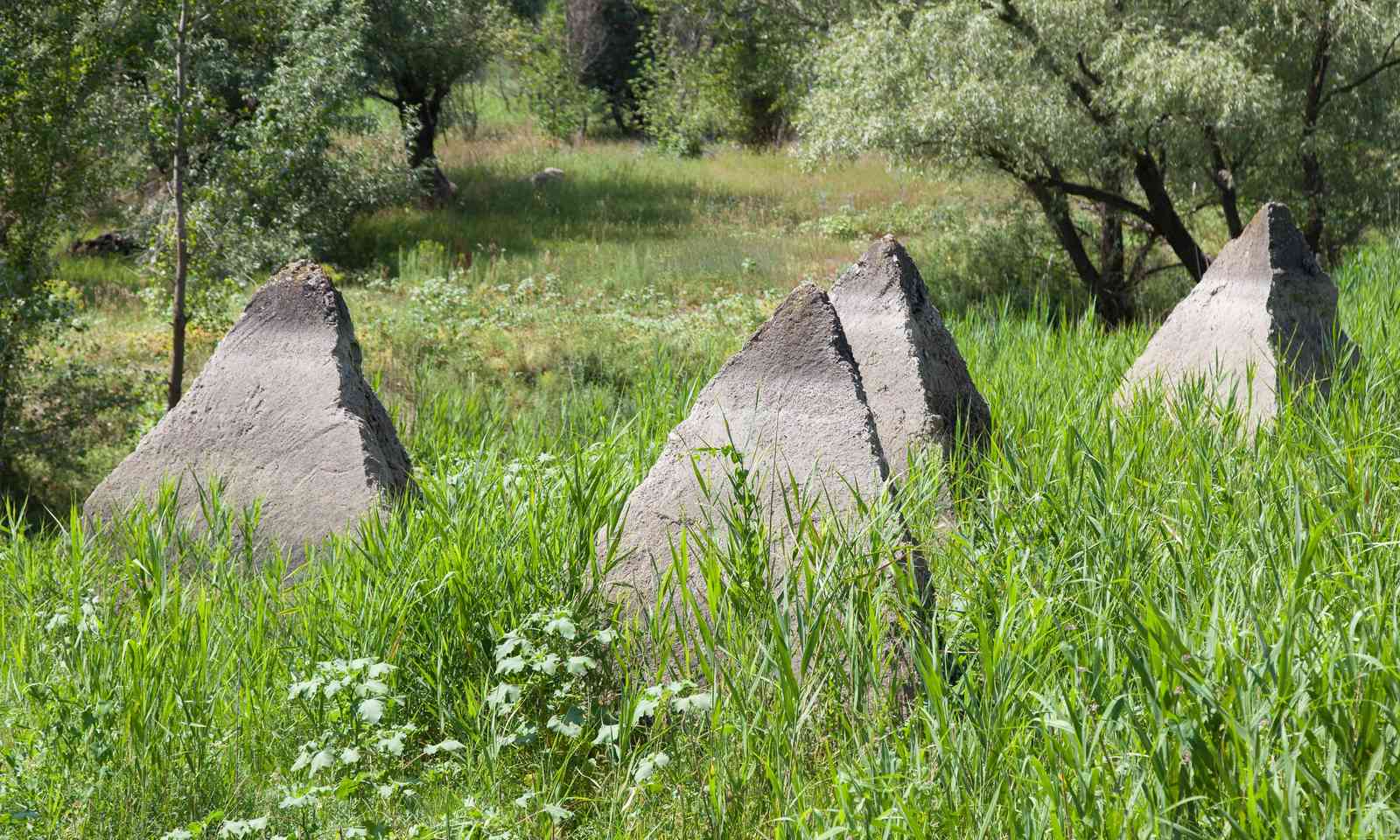 Situated in the heart of the Ural mountains, 600 miles east of Moscow, the Molyobka Triangle, or M Triangle, is regarded as the best place in Russia to spot UFOs. Locals have reported strange lights, weird symbols in the sky and encounters with translucent beings for over a century, and have come to accept it as part of their everyday lives.

There are also reports of inhabitants of the M Triangle developing superhuman powers. If you want to improve your mind-reading abilities or increase the weight you can 'bench', a visit to this part of the Urals could help. Just be careful approaching glowing lights in the forest. 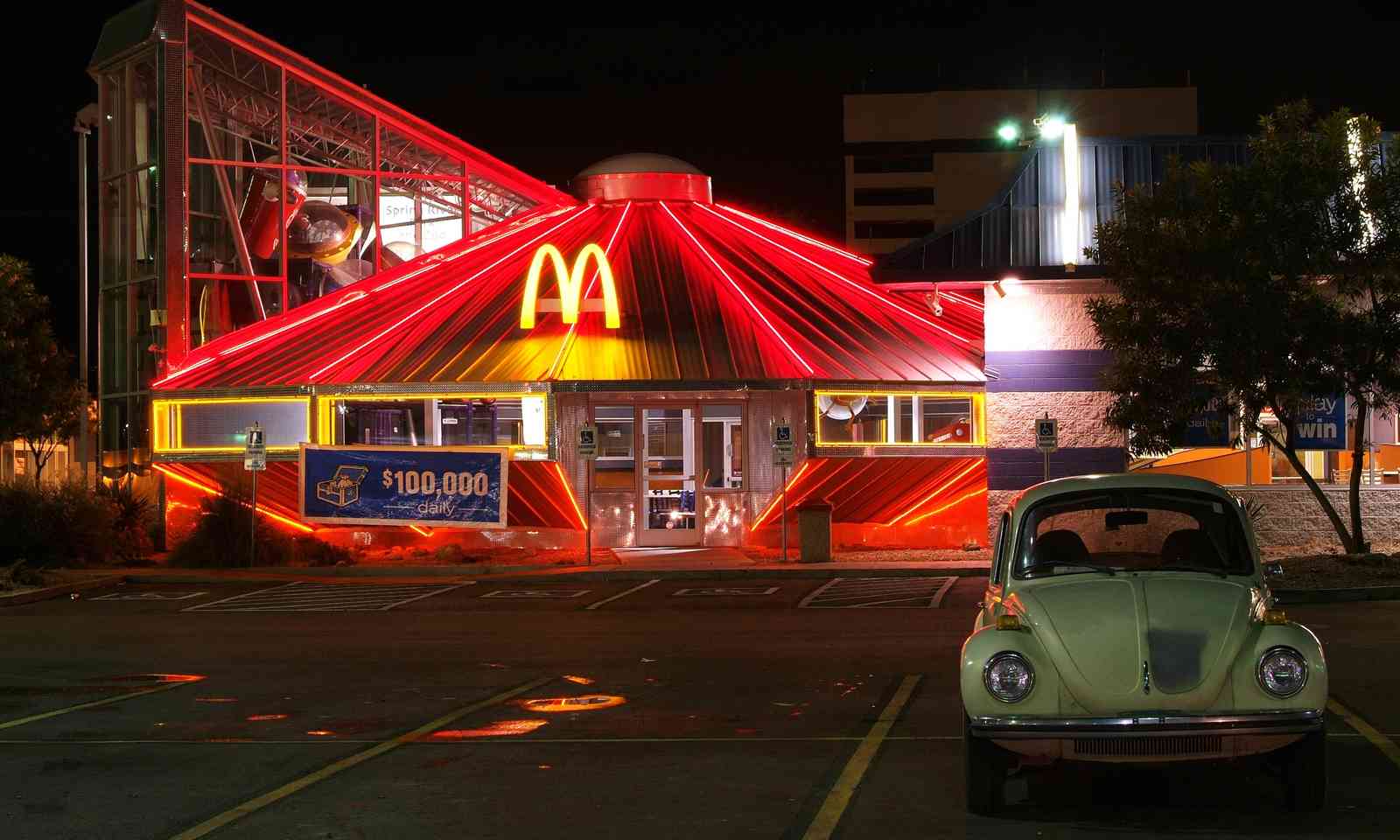 McDonald's in a spaceship (Dreamstime)

Roswell in New Mexico is ground zero for alien enthusiasts. It marks the spot where an alien craft allegedly crash-landed in 1947 and was spirited away to Area 51 by mysterious government officials who claimed it was simply a weather balloon.

Enthusiasts believe it was a cover up and commemorate the crash each year with the Roswell UFO Festival, which features a 10-kilometre alien chase, a pet parade where animals are dressed up as aliens, and a UFO-themed art show.

On a more serious note, the city’s UFO Museum & Research Center hosts Galaxy Fest, where researchers and abductees speak about their experiences. There are also tours of the air field where the aliens’ bodies were supposedly taken after the crash, plus a McDonald's built in the shape of a spaceship. 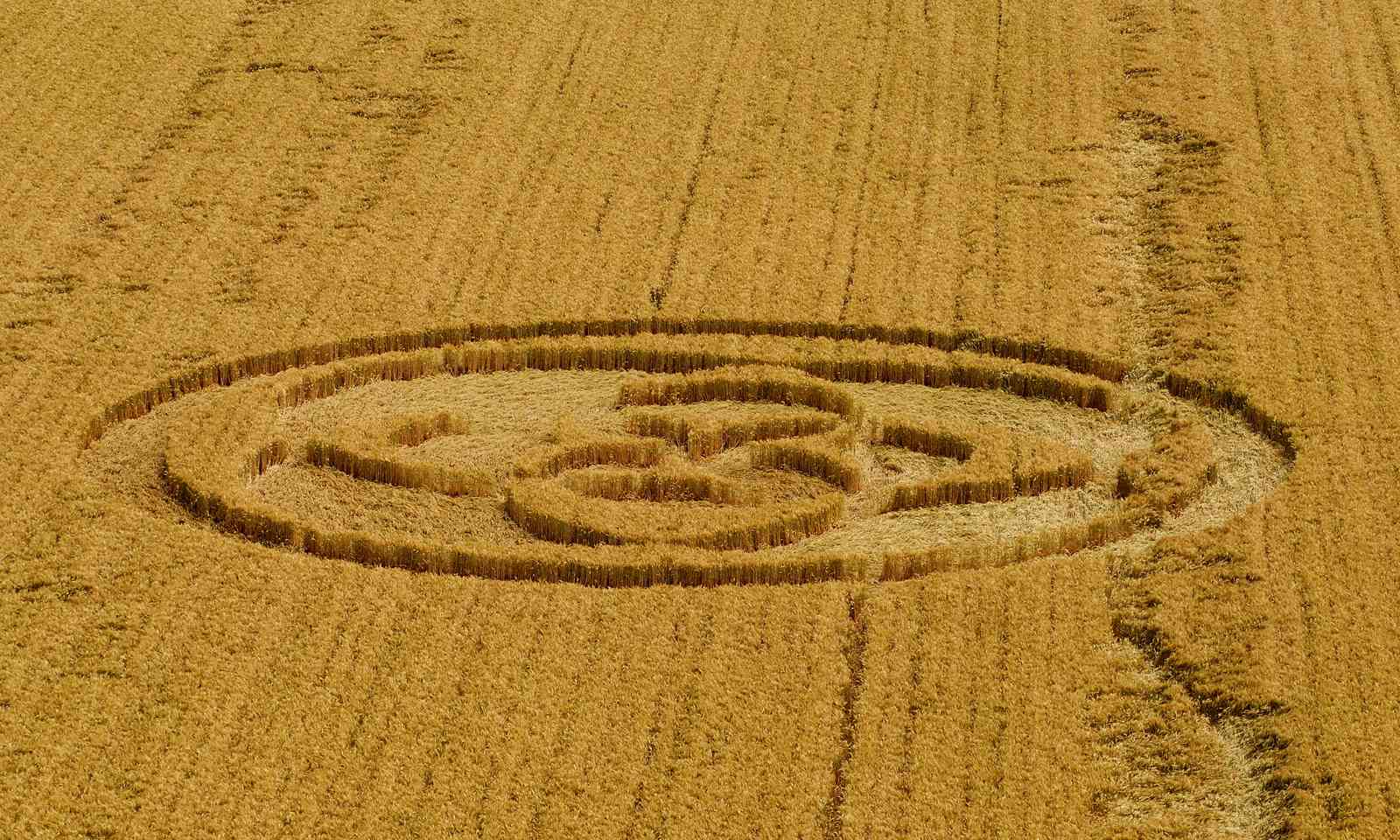 The vast Salisbury Plain in Wiltshire is an area steeped in mystery. It is here you’ll find the mysterious stone circles of Avebury and the inscrutable Neolithic remains of Stonehenge. In the 1960s and 1970s, the small town of Warminster shot to worldwide fame when it was bombarded with alien sounds.

The nearby hills ­– Cradle Hill, Starr Gill and Cley Hill – became a centre for sky-watching activities, with UFO believers convinced they were at the heart of an ancient ley line with a direct connection to alien civilisations.

More recently, geometric crop circles have been discovered in the fields surrounding the town, signalling, perhaps, that the aliens are ready to start up a conversation again.

After a spate of UFO sightings in Chile’s central district in 2008, the national tourism board created the country’s first UFO trail.

Based around the small town of San Clemente, the 30-kilometre trail passes through the Andes, past the sites of major ‘close encounters’ and finishing at El Enladrillado, an elevated site at 2,200 metres that’s rumoured to be a landing pad for interstellar visitors.

It’s easy to see El Enladrillado’s appeal. It’s made of smooth volcanic stone blocks, perfect for a gentle landing after a long, intergalactic flight. Earthbound visitors, however, face a four hour horseback ride through the Reserva Nacional Altos de Licray to reach it. Little more than a roadhouse on the highway between Tennant Creek and Alice Springs in Australia’s remote Northern Territory, Wycliffe Well is the self-proclaimed UFO capital of Australia. Indeed, locals will tell you that if you hang around long enough, you're more likely to see something strange in the night sky than not.

The first sightings were reported during the Second World War and were so regular that serviceman stationed at the remote outpost started keeping a record in a bound book, attached to the bar at the local pub. Sadly, it was stolen in 1990, perhaps by an alien. 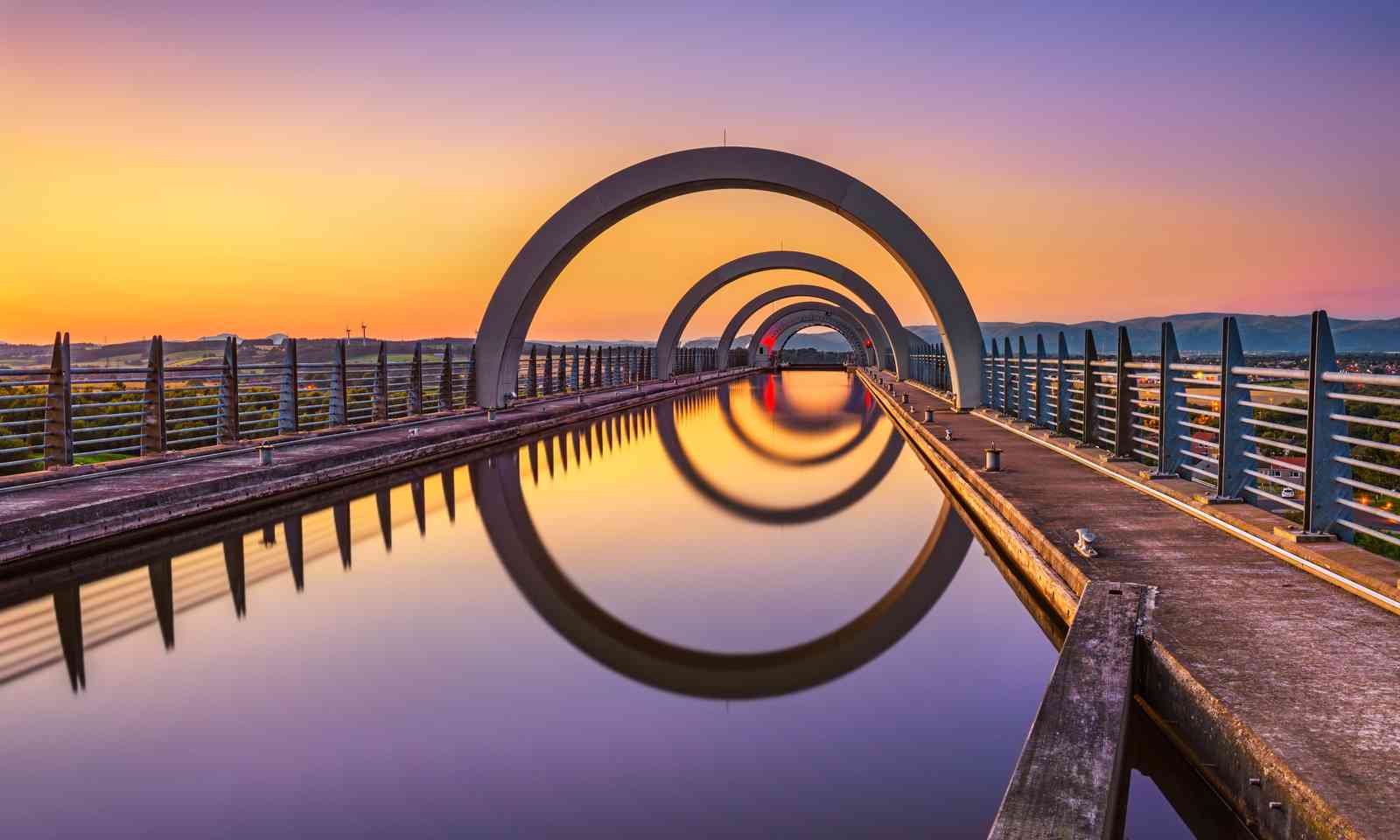 The Falkirk Wheel in the Falkirk Triangle (Dreamstime)

Bonnybridge in Scotland lies in what UFO experts call 'The Falkirk Triangle', an area of intense extra-terrestrial activity between Stirling, Fife and the outskirts of Edinburgh. According to the Scottish government, over 300 sightings are reported each year.

The first sighting in Bonnybridge was reported in 1992, when a local man named James Walker reported seeing a star-shaped object hovering above a road. Other sightings followed, prompting a local government investigation. Their findings were inconclusive, but there are suspicions that consumption of the local single malt may have been a contributing factor.

Main image: An alien standing in the US desert (Dreamstime)