9 of the best parks and green spaces in London

Perhaps unbelievably, nearly half of London is green space. Escape the crowds, soak up some sun, spot wildlife or enjoy a stroll around one of the capital's best parks, woods and canals... 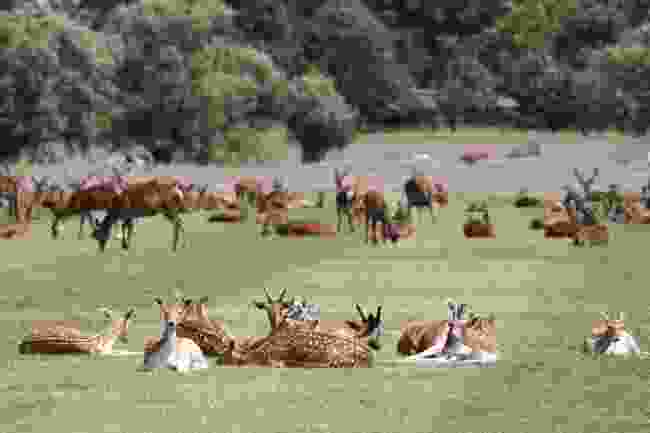 One of London’s eight royal parks, Richmond Park in Richmond is 1,012 hectares of woodland, grassland and parkland crisscrossed with trails and ponds, making it the perfect place to get lost in.

The park is rich with wildlife – most notably, 630 red and fallow deer that have roamed freely since 1637. It’s also home to rabbits, foxes and bats as well as 144 bird species, from swans and blue tit to white-headed Eurasian coot. Don’t miss the Isabella Plantation in the south of the park, which blooms with camellias, magnolias and golden narcissi.

For an all-day walk, make a pit-stop in the café at Petersham Nurseries outside the park’s north-west border, then follow the path along the River Thames to Ham House and Garden. The 17th century estate was built by a friend of King Charles I. If you pre-book, you can visit its gardens. 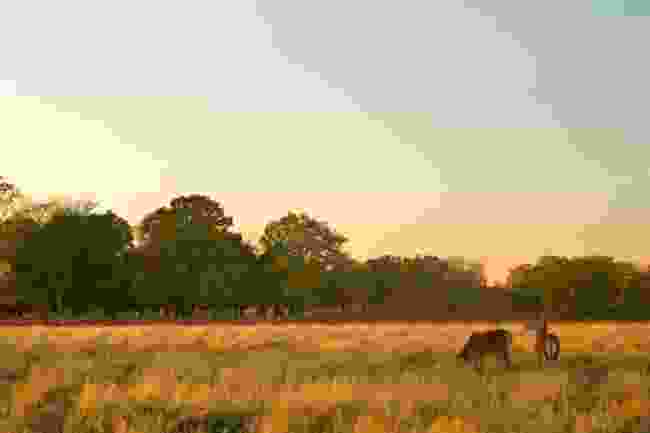 Bushy Park, another royal park, is behind Hampton Court Palace in Hampton, near Richmond. Once a hunting ground for King Henry VIII, the land has since been home to a hospital for Canadian troops in World War I, a US air base in World War II and the Ministry of Defence during the Cold War.

Just off the River Thames, it can be combined with a long walk from Richmond. The 445-hectare space is less well-known than Richmond Park, but like the latter, it’s home to 320 red and fallow deer. Watching stags and bucks compete for females during breeding season in autumn is an incredible (and intimidating) sight.

The mile-long Chestnut Avenue, designed by Sir Christopher Wren, divides the park almost in two. From the Diana Fountain in the south, follow Longford River to Upper Lodge Water Gardens, which is part of an old canal. Keep an eye out for woodpecker, kingfisher and kestrel. 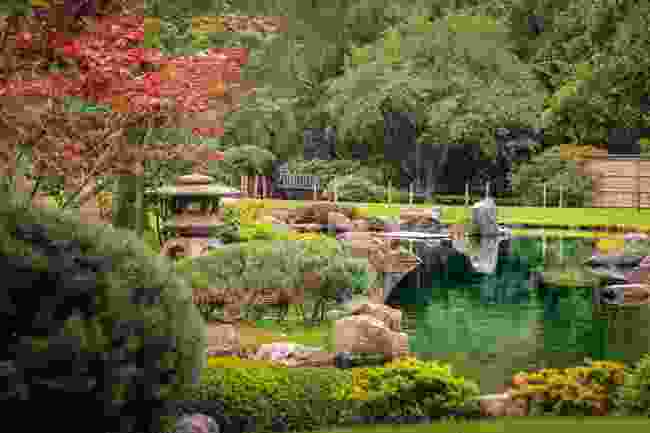 This park near the Design Museum in Kensington is what’s left of the estate of an early 17th century private home. Once you’ve strolled around its formal gardens, loop the woodland in the north of the park. The path guides you around the grounds and into Kyoto Garden.

The Japanese-style garden is a tranquil spot with a tiered waterfall that cascades into a pond filled with carp. Stone lanterns and maple trees complete the picture, which could be a postcard from Japan. Look out for squirrels darting between stepping stones and peacocks showing off their feathers as they strut freely around the grounds. 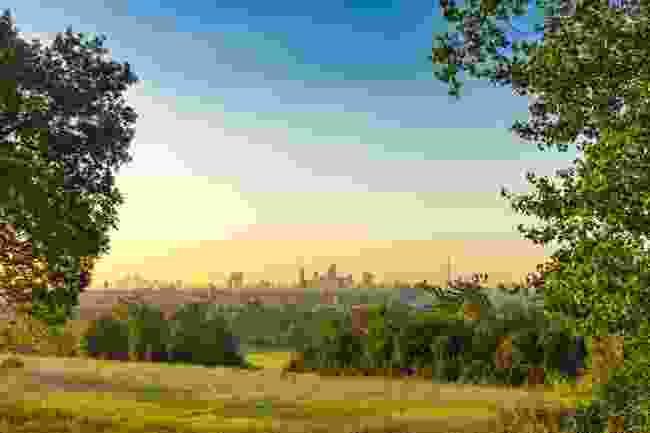 If traipsing through mud in wellies is your idea of fun then explore Hampstead Heath in Hampstead. During King Henry VIII’s reign, the 320-hectare woodland supplied the king with game and London with water. The opening of a railway station in 1860 transformed it into a place for recreation, and it’s been a popular spot ever since.

Highlights include a beautiful pergola, the English Heritage property Kenwood and Parliament Hill, a 98m mound with views of St Paul’s Cathedral and The Shard. The heath also has 18 ponds. Fans of wild swimming can take a dip in three of these in the east – there’s one for men, women and both sexes.

Birders are in luck here, too. Keep an eye out for wagtails by the water in summer, and whinchat and wheatear on the meadows in autumn. In the woods, look out for blue tit, greenfinch and the odd parakeet. 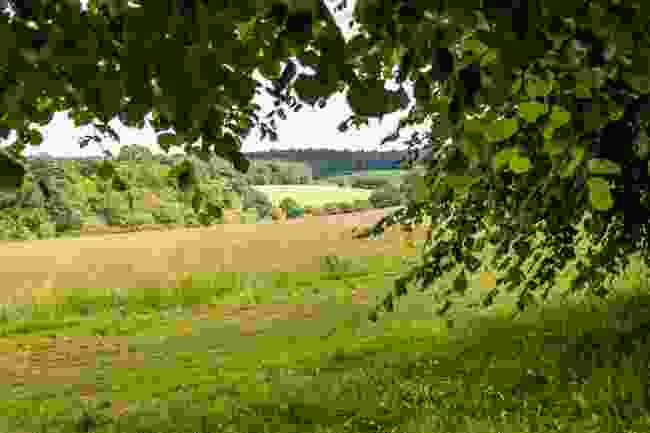 This park is just a minute’s walk from Cockfosters tube in Enfield, and yet many Londoners haven’t even heard of it. The park was mentioned in the Domesday Book conducted by William the Conqueror in 1086. It was later used as a hunting ground for Henry VIII, Elizabeth I and James I before being donated to George III’s doctor.

The 167-hectare space is bigger than the capital’s Regent’s Park, giving visitors enough space to get lost in. A 3.8km trail guides you around the best bits, from an avenue of limes by the main entrance to lakes, meadows and woodland. Look out for muntjac deer, partridge and pheasant hiding among oak and sycamore trees.

You might also spot rabbits at dusk, while foxes and bats come out at night. It’s worth taking your binoculars, as you may catch sight of great spotted woodpecker, kestrel, goldfinch and coral-chested chaffinch, too. 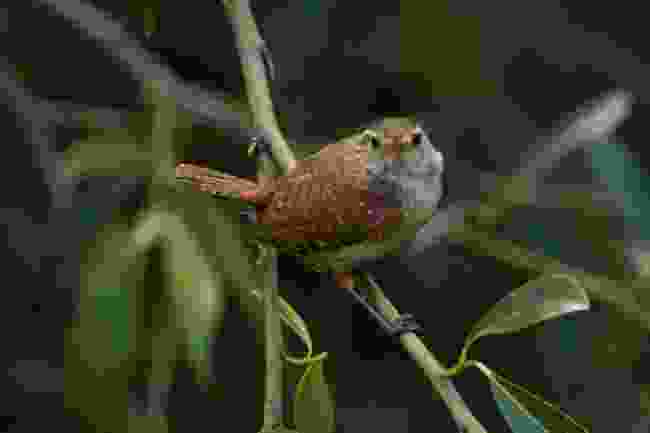 This nature reserve opened in 2017, less than five minutes’ walk from Tottenham Hale tube station. The site is made up of 10 reservoirs which supply water to over three million people.

A short cycling trail cuts through the heart of the grounds. You can walk the same track or loop the reservoirs on paths dedicated to pedestrians – don’t miss the viewing platform in the Grade II-listed Coppermill Tower. Anglers with a permit can fish for rainbow trout, carp, bream, eel, pike and perch. Twitchers meanwhile can hunker down in a hide.

You might spot woodcock and oystercatcher in spring; goldcrest, long-tailed ducks and peregrine falcons in summer and red-crested pochard, long-beaked curlew and rare species such as the green sandpiper in autumn. Winter attracts rose-chested bullfinch, siskin and firecrest – named after its flaming red strip of hair. Kingfisher can be seen throughout the year. 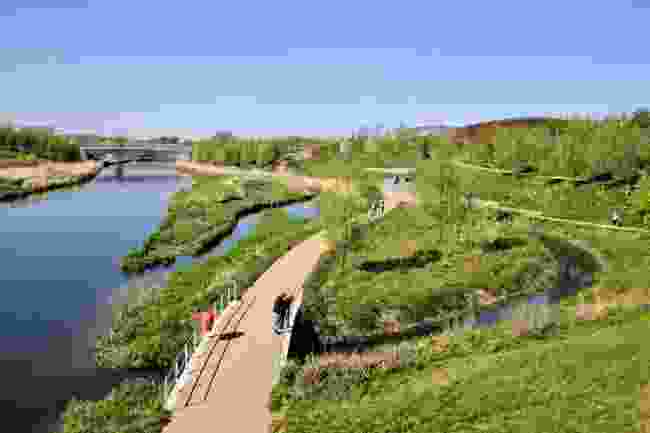 The River Lea runs through Lea Valley in east London. Hire a Santander Cycles bike or an electric Lime bike and cycle south from Walthamstow Wetlands to Springfield Park. Cross the river and follow the track through Lea Valley Marina to Hackney Marshes, an area nicknamed the Hackney Riviera.

While it’s no Côte d’Azur, the woodland trail that runs parallel to the river is a pretty, little-known spot that feels more like Britain’s Kent than London. As sunlight slices through the tunnel of mature trees, you’ll pass cattle and horses grazing in rolling meadows before ending up in Queen Elizabeth Olympic Park or at the mouth of the River Thames. 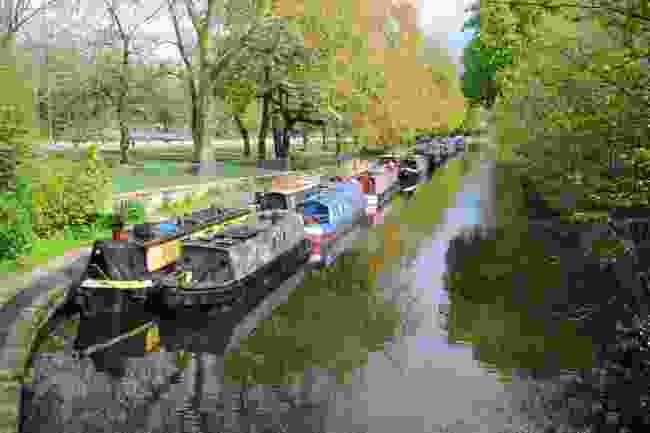 Designed by John Nash – the architect behind Buckingham Palace – the Regent’s Canal opened in 1816, connecting the Grand Union Canal in west London to the River Thames in the east of the city.

The section between Angel and Limehouse is somewhat urban, but it’s not without its charm. Cyclists are welcome but pedestrians take priority on the narrow towpath, which passes a number of locks, cafes, Broadway Market and London Fields.

When you arrive at Victoria Park, loop around the Chinese pagoda in the middle of the boating lake, then explore the East Lake, model boating lake and old English garden. You can continue south to Mile End Park and on to Limehouse Basin. The Limehouse Cut towpath connects the basin with the River Lea and Queen Elizabeth Olympic Park. 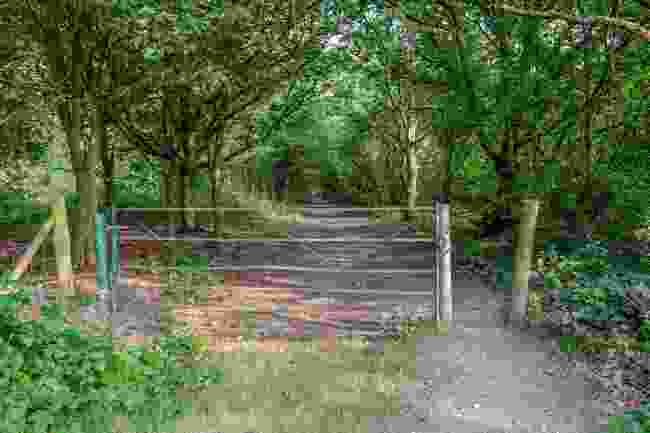 Once a royal hunting ground, Hainault Forest Country Park is what’s left of the 12th-century Forest of Essex. The 113-hectare estate can be found in Redbridge in north-east London.

As well as horse riding and cycling tracks, the London Loop trail cuts through the heart of the park, past a boating lake and through grassland and woodland made up of poplar, oak and ash trees. You may also be able to visit Foxburrows Farm, which is home to farm animals, exotic birds and meerkats, although it’s currently closed.

In summer, birdwatchers might recognise the call of a nightingale or rare turtle dove, while winter brings the orange-breasted brambling from Scandinavia. The park is also home to badgers, bank voles and various species of bat and butterfly.

Read more about the south of England:

The best walks in Windsor and Berkshire

A long weekend in Bath