Touted as an aphrodisiac, to many an acquired taste, oysters are regarded as one of the world’s ultimate luxury foods, and celebrated at these colourful festivals around the world... 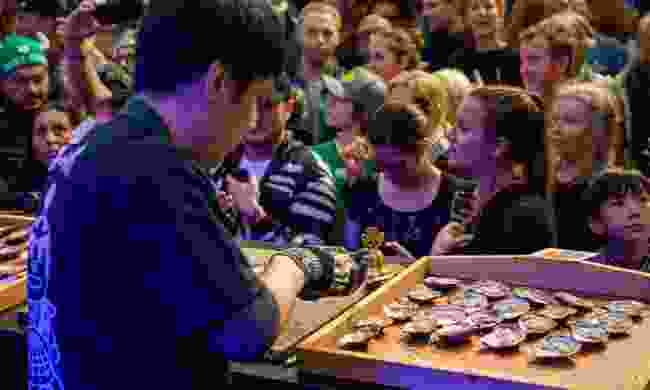 Any oyster shucker worth their salt (with a squeeze of lemon, of course) will tell you that the Galway Oyster Festival is the big one. Win the oyster shucking competition here and you can rightly call yourself the best in the world.

There’s more to the festival than the rowdy clamour of the shucking tent. For three days, the lively city of Galway celebrates all things bi-valve with parades, concerts, Irish dancing and some of the best oysters – and Guinness – in the world.

Just so you know, oyster purists in Ireland prefer the smaller Clarenbridge Oyster Festival, held every September, on the banks of the Clarin River at the mouth of Dunbulcan Bay, only metres away from where Ireland’s best oysters are farmed. 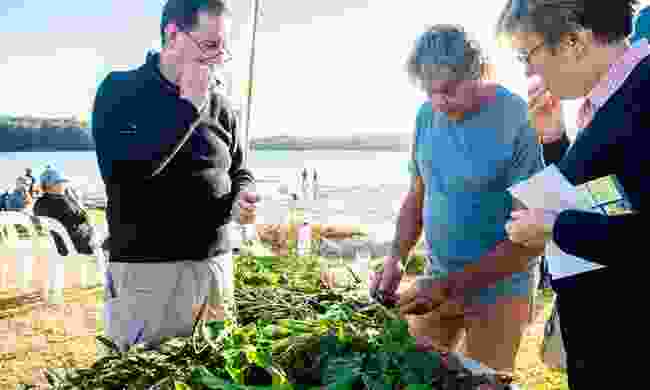 The highlight is a long feasting table, set outside, with stunning views across the dazzling aqua bay. Fittingly, the name Narooma is said to be derived from the Aboriginal word meaning ‘clear blue waters’, and the local indigenous community play an active role in the celebrations, sharing their incredible knowledge of a food they’ve been feasting on since the dawn of time. 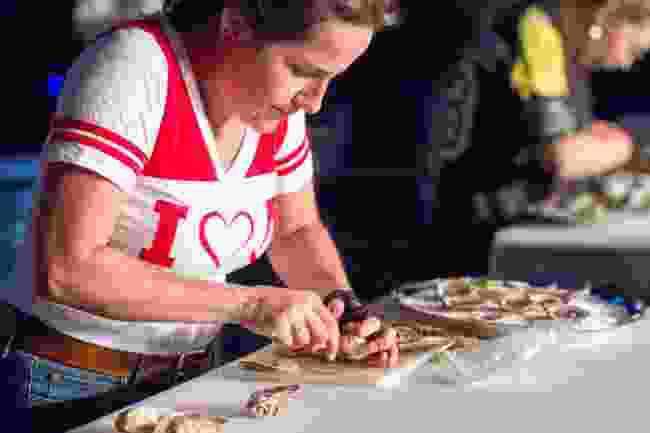 Held on the the picturesque Charlottetown waterfront, the Prince Edward Island Shellfish Festival in Canada is one of the most beautifully situated in the world. It is also a broader church, celebrating not just oysters, but the rest of the regions tasty shellfish treats as well.

Held over four days every September, visitors enjoy cooking demonstrations by celebrity chefs, shucking competitions and chowder bake-offs. If you like fresh seafood, beautifully served, this is the place to be. It’s lively too, with local bands playing well into the night. 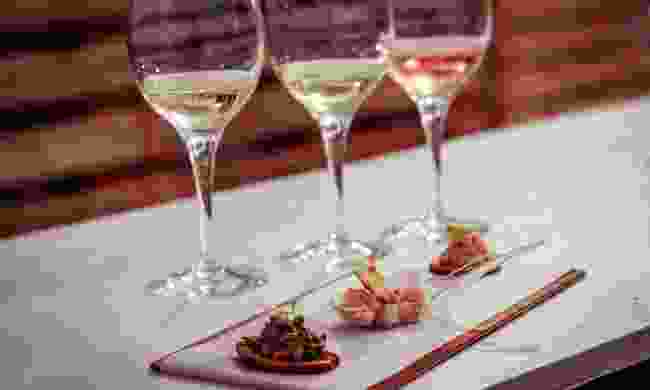 Set in the heart of South Africa’s gorgeous Garden Route, the Knysna Oyster Festival has a secret weapon up its sleeve – crisp, delicious sauvignon blanc from some of the world’s best vineyards, just down the road.

Every July, over 65,000 people descend on the town to take part in this 10-day oyster-and-wine Mardi Gras. There are the usual oyster shucking and oyster eating competitions of course. And an elegant oyster-themed banquet, a strictly black tie event. This being South Africa, there’s an active element with a series of cycling, running and kayaking events forming part of the celebrations. 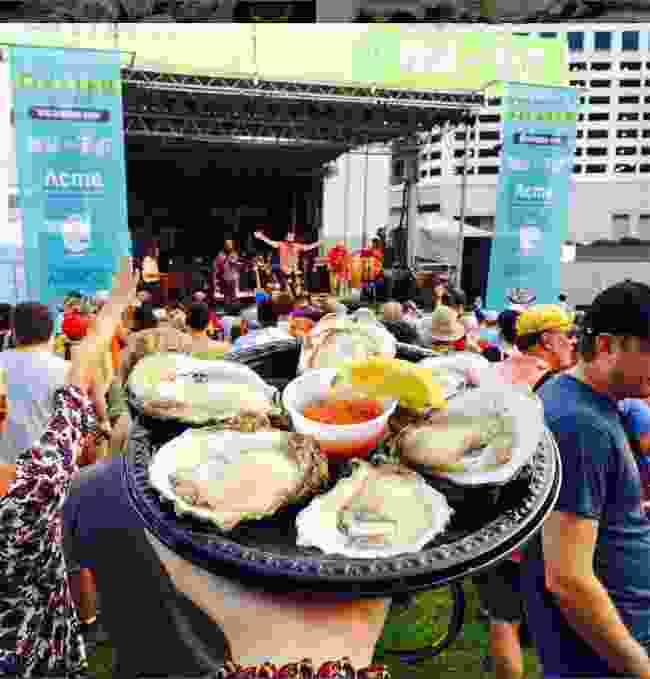 The City Fathers will tell you that the New Orleans Oyster Festival is all about educating the world about the benefits of the Louisiana gulf oyster, and to honour and celebrate the restaurants and oyster farmers who have made the city the ‘Oyster Capital of America.’ But we know the real reason: New Orleanians will use any excuse to party.

It should come as no surprise then that it is probably the most lively oyster festival in the world. Come early June, people descend on Woldenberg Park to eat Creole-style oysters, listen to renowned jazz and blues artists, and generally get into that NOLA vibe. They don’t call it the Big Easy for nothing. 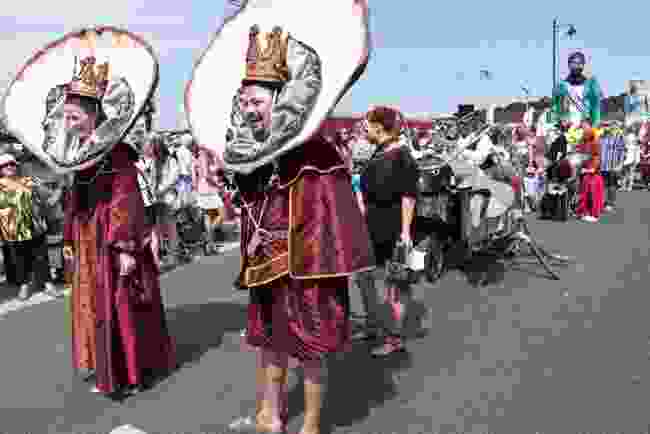 Mix a bit of olde worlde seafaring charm with a dash of `English eccentricity and you have the Whitstable Oyster Festival, a celebration of all things mollusc on the north coast of Kent.

The celebration is held in late July and begins with the ‘Landing of the Oysters’, when a symbolic haul of oysters is brought by boat to the beach, complete with traditional costume and yokes. A parade follows, lead by the newly crowned Oyster King and Queen, leading revellers to the harbour where there is plenty of food, music and and revelry aplenty! 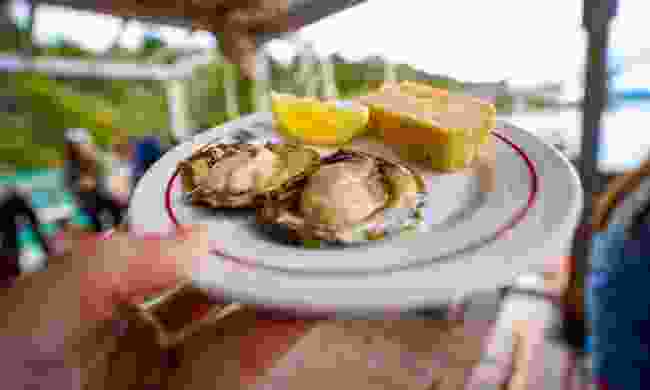 The pretty Croatian town of Ston is known for three things: its wine, it’s salt and its oysters. You can sample all three at the Festival of Oysters, held every March as part of the Annual feat of Saint Joseph.

Located on the Pelješac peninsula, not far from Dubrovnik, Ston is the picture-perfect place to celebrate the local molluscs. The festival begins with the tasting of oysters and Pelješac wines on the seafront in Mali Ston and is allowed by a rowdy calendar of Dalmatian music, folkloric dancing and feasting. Lots of feasting. 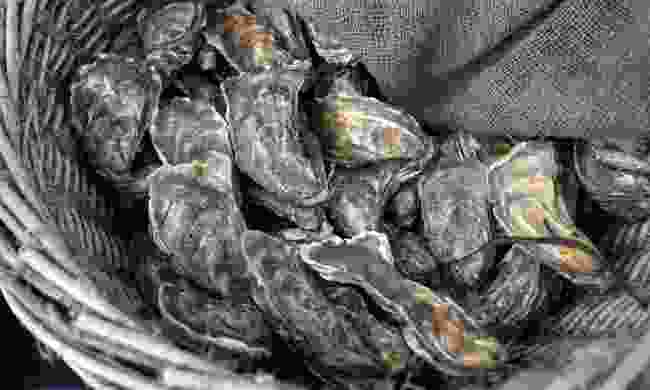 Anyone who has holidayed in Brittany knows what an integral role the local oysters play here. Every market has tray after tray of jagged shells, open to display the oyster within. And tucking into a plate of local oysters and mussels (moules-frites) is something every visitor must do.

It’s also why they are celebrated every summer at the Oyster Festival at Saint-Cast-le-Guildo. Visitors are encouraged to taste the local oysters take part in an oyster shucking competition, sing along with sea shanties and cheer a procession of oyster barges. The festival also celebrates a famous French victory here over the English fleet in the 18th century, so expect fireworks, too. 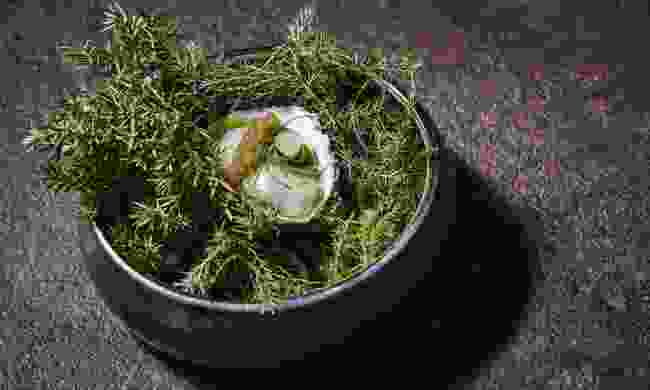 The Denmark Oyster Festival, held on the Wadden Sea island of Fanø, has only been going since 2016, but it has quickly established itself as one of the best in the world. The focus here is on the food, with chefs descending from all over the world to take part in the festival’s prestigious Oyster Chef of the Year competition.

Expect to see and taste oysters as never before. Each dish presented is a true work of art, beautiful to look at, and using ingredients in new and unexpected ways. The festival has a strong sustainability and environmental ethos, with visitors encouraged to go on local oyster and herb safaris, to learn how these delicious dishes are sourced and prepared.

More food adventures around the world:

33 of the world's best foodie experiences

9 strange food festivals around the world