The future is amber: The world’s best orange wine and where to taste it

Orange wine is this year's hottest beverage. Simon J Woolf reveals the best and most atmospheric places to try this uniquely coloured wine and learn about the extraordinary process that creates it.

First things first: Orange wine has nothing to do with oranges. Its unique colour comes from the way the white grapes are fermented and aged with their skins. For centuries, it was the only way to process grapes. Now it’s been rediscovered amidst a “back to the roots” movement and is considered one of the more 'natural' wines.

Since the rebirth of this style in the late 1990s, its popularity has spread not only to wine bars in London, New York, Tokyo and Berlin, but also to winemakers across the globe. Orange wines are now produced just about anywhere it’s possible to grow grapes. You can find these deeper hued beauties in specialist wine bars and merchants, but better still, head for the heartlands of the tradition in Northern Italy, Western Slovenia and the Republic of Georgia and sample the wines in situ. 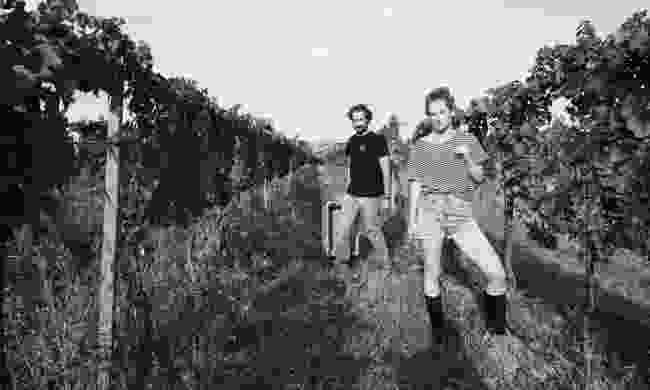 Eduard & Stephanie Tscheppe in their vineyard in Burgenland (Gut Oggau)

Originally from a winemaking family in Styria, Eduard Tscheppe and partner Stephanie Eselböck moved to the sleepy Burgenland village of Oggau in 2007, to breathe new life into an abandoned old estate with ageing vineyards and a massive beam press from 1820. Their wines have been given names based on a fictional family (spanning three generations in ascending seniority and complexity) and have become much loved worldwide for their purity and joie de vivre, as have the couple themselves. Timoteus, Theodora and Mechtild all fit broadly into the orange wine paradigm.

Visit between April and September and sample both the wines and other outstanding local produce at the estate’s Heuriger (tavern), which is idyllically situated in the winery’s large courtyard. The huge Neusiedlersee (Central Europe’s largest freshwater lake) is just a few minutes drive away. 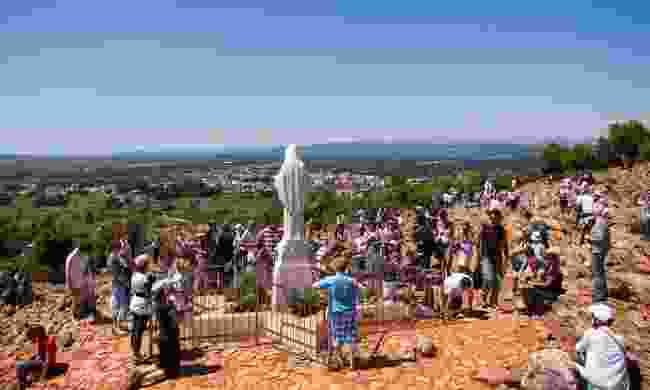 It takes some balls to convert your vineyards to biodynamic farming in Bosnia, but that’s what the audacious Josip Brkić initiated in 2007. Based in Citluk in the heart of the country’s Christian bible-belt (Medjugorje is nearby), he’s one-of-a-kind in Bosnia for the moment. All three white wines are made with some skin maceration, a technique that his grandfather also used. Mjeseċąr (or Moonwalker) is the highlight, an absolute gem showing indigenous žilavka’s floral charm, but adding depth and complexity from the nine-month skin contact.

Nearby Mostar is the more touristy location – and worth a visit to see the historic bridge – but exploring Medjugorje and Citluk provides a fascinating glimpse into Herzegovinian life. 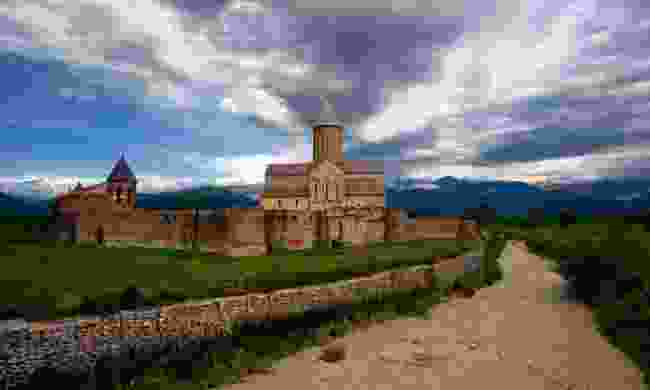 Monks still make wine at this 11th-century monastery, although it was albeit destroyed after the ravages of bolshevism and civil war. The cellar was rebuilt between 2005–2006, and houses a set of traditional qvevris – Georgian clay amphoras, with a sharp pointed base and buried in the ground up to their necks. Georgians prefer to call the white wines made in qvevri ‘amber wine’, and Alaverdi’s examples are some of the best – rich and multilayered, with very deep amber colours and serious gravitas.

On the clear day, the Caucasus mountains provide a stunning backdrop to the commanding monastery complex. A visit allows you to see the chapel, with its 55 metre high tower, the monastery’s experimental vineyard and the marani, or wine cellar. Tasting the wines is of course the highlight. 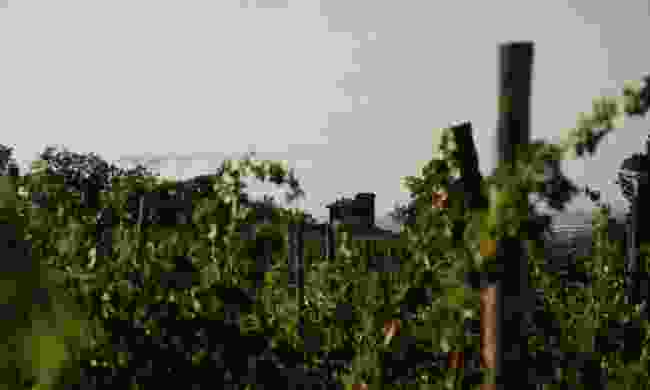 The vineyard at La Stoppa (lastoppa.it)

Ageno, named after the lawyer who originally owned the La Stoppa estate, has become an orange wine classic, and Elena Pantaleoni is the estate’s current grand dame. With its rich blend of malvasia di candia, ortrugo and trebbiano, macerated for 30 days, this is a defiant, full-on orange wine – deeply coloured, tannic and big hearted in every way.

La Stoppa is situated to the North of the Emilia region, amidst gently rolling hills. The iconic house on the property used to be a lookout station for a nearby castle. La Stoppa have a policy of releasing their wines only when they’re mature. Their impressive cellar contains almost a quarter of a million bottles spanning some two decades. Organic and sustainable agriculture is a major focus, and the estate now grows fruit and vegetables and organises events to promote these ethics. 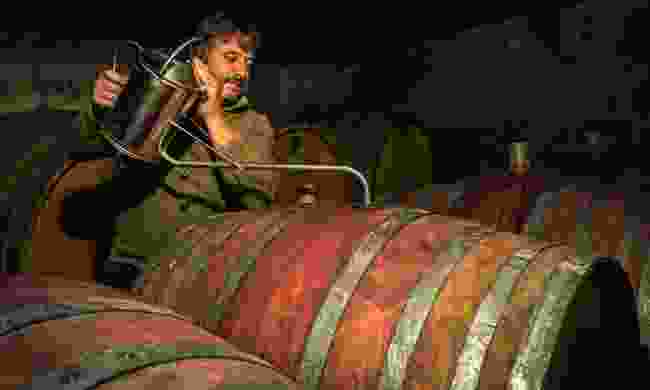 This long-established winery and restaurant occupies a stunning location perched high in the bucolic Brda hills, in Medana village. Aleks Klinec to focus only on orange wines in 2005 (plus a few reds). Despite “losing the entire Slovenian market”, for him the results are more expressive and typical of the region. Wines spend three years in either oak, acacia, mulberry or cherry wood, before bottling. Their precision and purity are outstanding.

Book ahead for lunch on the Klinec’s wonderful terrace. The food is outstanding, as is the ambience. From here, it’s possible to meander along any number of small roads, admiring the jaw-dropping views and unintentionally crossing in and out of Italy. Friuli Collio is effectively the same region (Collio and Brda both mean “hill”), but now separated by a rather artificial border. 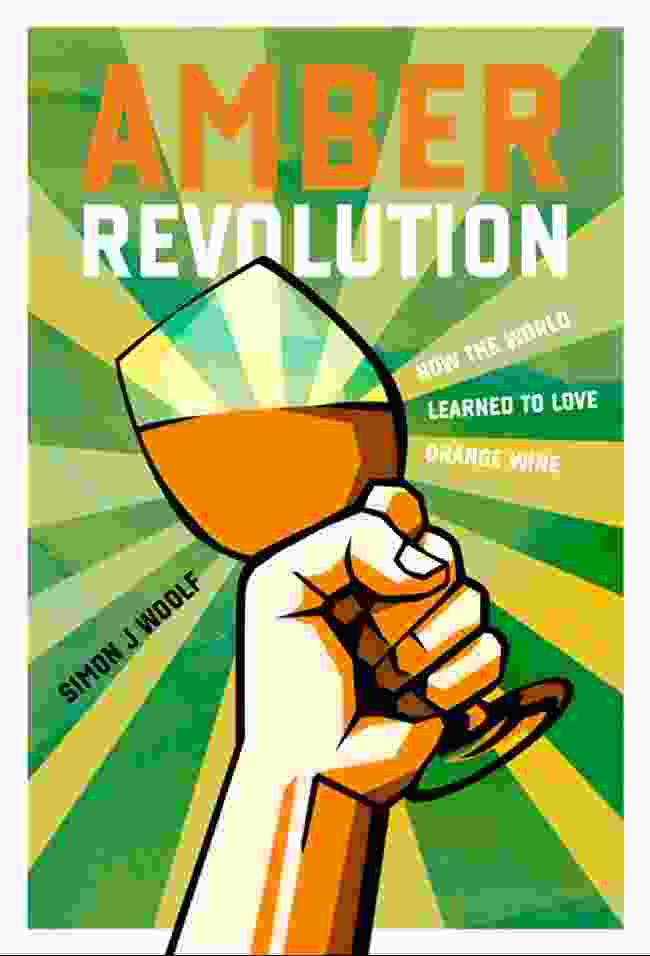 Simon J Woolf is the author of Amber Revolution: How the world learned to love orange wine, published by Morning Claret Productions. It is the first book ever about orange wine and can be ordered on Amazon now.

P.S. Did you know Wanderlust readers save £60 on their first Naked Wines order? Time to try some exciting wines from around the world... Woo!