8 of the best new wildlife experiences for 2020

Discover the newest ways to encounter the most amazing creatures on our planet, with top wildlife trips and epic safaris to Zimbabwe, Colombia, India, Tajikistan, Russia and beyond...

1. Head on a bear hunt in Sweden 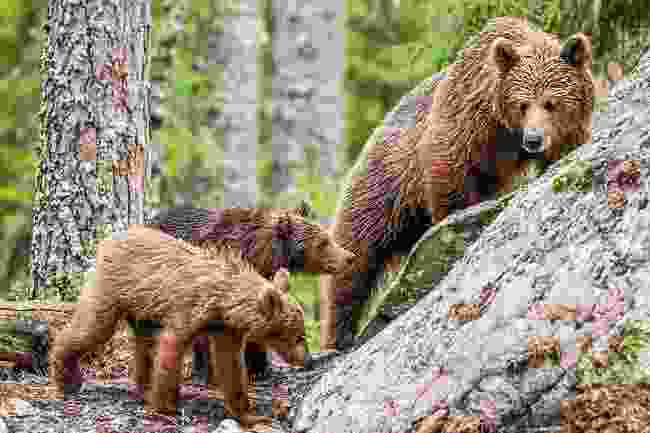 If you go down to the Swedish woods today, you’ll be sure of a big surprise. So few people know about the bear-rich Gävleborg region – even though it’s just a two-hour drive from Stockholm – they might as well be in disguise.

Best Served Scandinavia’s Bear Watching in Sweden tour is your pass to the country’s largest bear population, holing up in a hide for a glimpse.

Complement your time in Sweden’s wild secret by hiking and kayaking through the woods and waters of Stilleben, or admire the UNESCO-listed crayon-hued cottages of Hälsingland.

When? Selected dates from May to September 2020

2. Get your tiger thrills in India 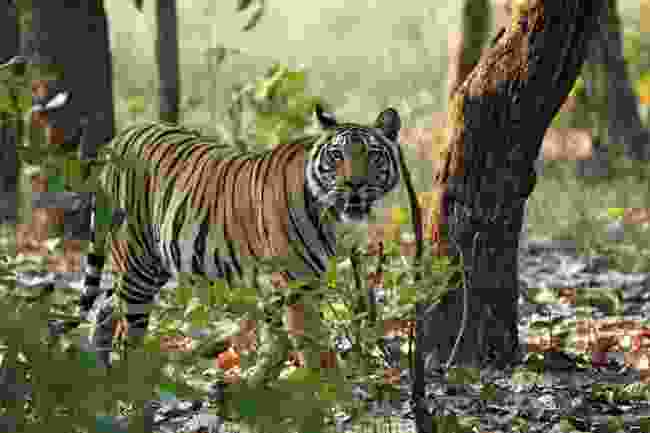 India’s tiger numbers are on the up, so there’s no better time to go search for tigers and spot the stripy stalkers on Hayes & Jarvis’s thrilling new trip through India’s best wildlife parks.

If you choose to accept, your mission will begin in Bandhavgarh National Park, but you’ll also find yourself on a 4WD expedition through Kanha, Pench and Tadoba, to spy the royal Bengal tiger as well as antelopes, sloths and – if you’re lucky – leopards too.

An Indian train journey between Agra and Katni is also on the agenda, ensuring that you don’t miss the iconic architecture of the Taj Mahal while passing through the parks. 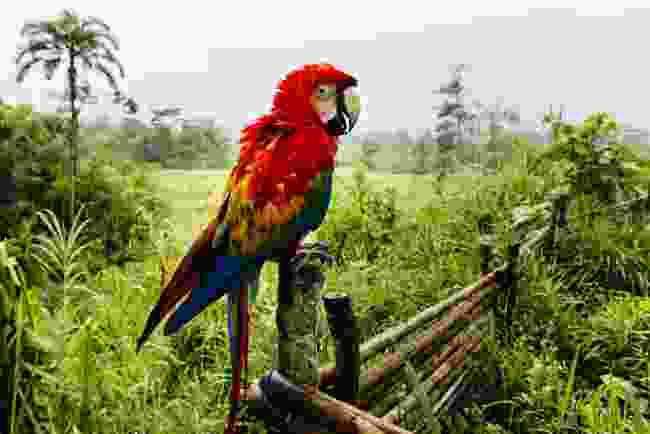 There’s plenty to impress a driver on Peru Safari’s Jaguar Tracks 4x4 to Manú Reserve self-drive trip. Like Manú National Park – not only is it a UNESCO-listed reserve, it’s also home to giant river otters, pink dolphins and jaguars.

But before you go starry-eyed at the sight of so much wildlife, you’ll be tiring your tyres out coasting through Ica’s dunes and crossing the Andes at dizzying heights of 5,000m.

Heading down into Cusco, you’ll then canoe along the Amazon, staying in the jungle, on your way to Manú’s untouched rainforest. Life on the road is sounding pretty sweet right now.

4. Running with Siberian tigers in Russia 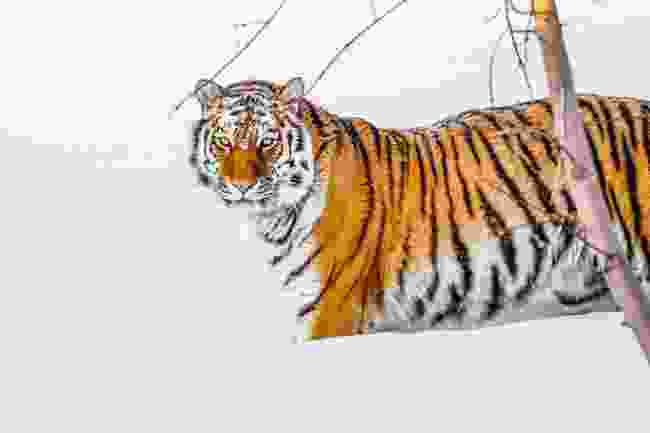 A Siberian tiger in Russia (Shutterstock)

It’s impossible to cover the breadth of Russia’s taiga forests in a week, but you can enter the Realm of the Siberian Tiger to track the elusive creatures on Naturetrek’s overland adventure.

Go on 4WD drives through taiga bogs, rolling hills and birch forests to Durminskoye Forest Reserve, then head out on foot for a chance to spot the endangered tigers, as well as Siberian roe deer and wild boar in their natural habitat. Look up, though, and you’ll spy white-tailed eagles circling.

Expert guides will be on hand to shed light on this remote wilderness, promising an unforgettable trip. 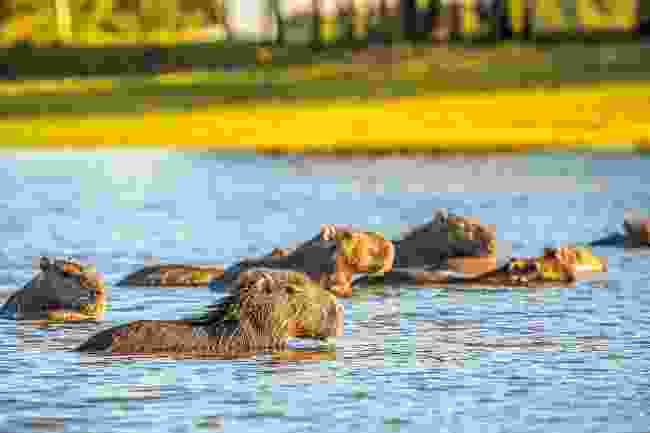 While you may not think of Colombia as a top wildlife destination, Imagine Travel is hoping to prove it should be with its Wildlife of Colombia trip. Explore colonial-era capital Bogota before escaping the city to Los Llanos.

Here you’ll discover a cowboy county where there are more animals than humans, and you’ll have the chance to go horseback riding in the wetlands or birding. There are over 350 bird species to spot including scarlet ibis.

Next fly to artsy Medellin where you’ll find graffiti art and iconic sculptures, before heading to Nuquí along the Chocó coast where you’ll take a boat trip in search of humpback whales during their migration. Your last stop is the historic city of Cartagena and a canoe excursion down the La Boquilla mangroves.

6. Get back to nature in Scotland 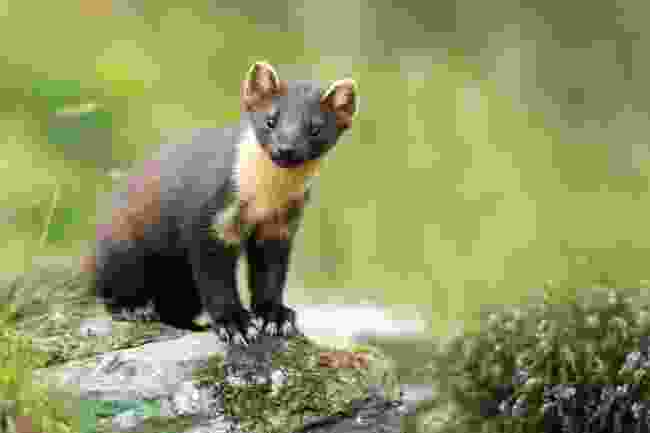 On Wilderness Scotland’s Big Picture – Rewilding Retreat you’ll be taken to a number of rewilding projects around Scotland and be able to walk through protected landscapes while learning about reintroduced species.

Based at Glenfeshie mountain lodge, you’ll be led by an expert guide as you explore the work being carried out in Scotland to bring about the large-scale restoration of ecosystems on land and at sea.

On the trip, you’ll spy bottlenose dolphins along the Moray coast, observe pine martens from a local hide and take views of ancient mountains and sea lochs along the Highlands’ West Coast.

7. Experience safari on the go in Botswana & Zimbabwe 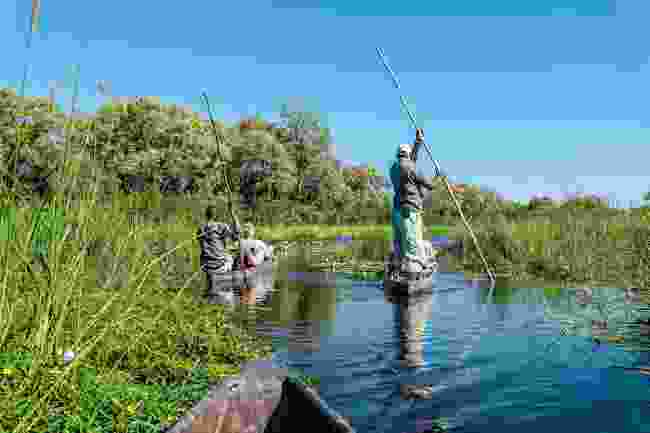 By staying in a mobile tented safari, you’ll enjoy a more intimate stay in the bush. Botswana limits the number of visitors in its national parks, so you’ll be able to avoid the crowds and enjoy early morning game viewings.

Go camping in the Okavango Delta, spend two nights near Chobe NP and end your journey with a trip to Victoria Falls on the Zimbabwe-Zambia border.

When? Selected dates from March to November 2020 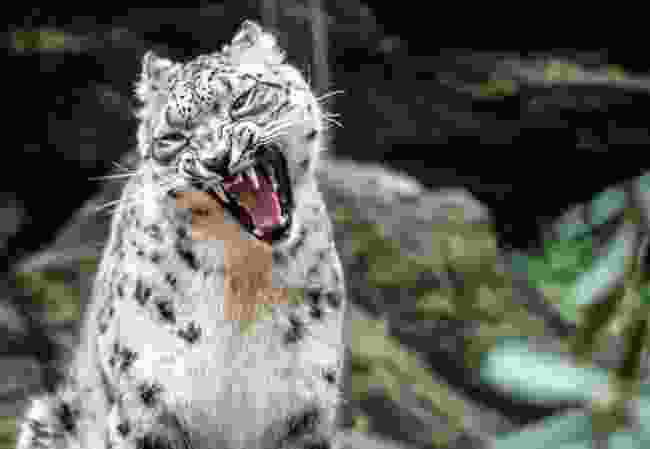 As travellers, we’re becoming more aware of the impact we have on the places we visit, so it’s important to give back when we can.

Join Silk Road Adventures on its Snow Leopards of Central Asia trip and be involved with the conservation of one the planet’s most elusive predators (there are less than 9,000 of these vulnerable big cats remaining in the wild).

As you trail through some of Central Asia’s most majestic mountain scenery, you won’t just try to spot snow leopards, but also wolves, ibex and markhor.

But this adventure is as much about you being involved with pioneering conservation efforts, including laying camera traps and educating local schools, as it is about wildlife trekking – a win-win if ever we saw one.