National parks house and protect many of the world’s natural wonders, from the peaks of Torres del Paine to the dragons of Komodo. We've put together 14 of the best... 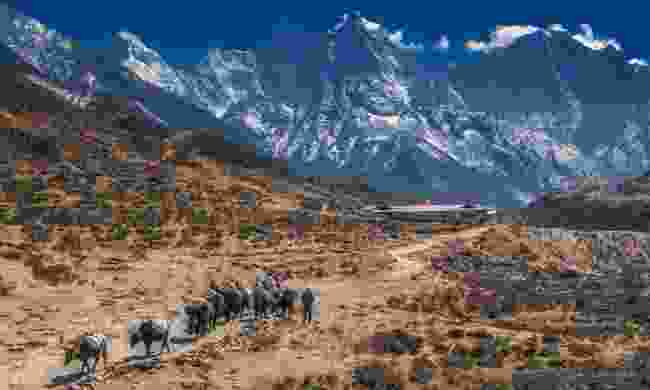 Located in Nepal, Sagarmatha encompasses 1,150 square km and when hiking to Everest Base Camp, we spent two weeks trekking through its incredible landscape. Every day felt like a dream as dramatic mountains towered overhead while we walked through massive valleys. It felt like a little slice of heaven and I don’t think there is anywhere on Earth that is more beautiful or spiritual.

Thank you to blogger Debra Corbeil and Planet D for this contribution. 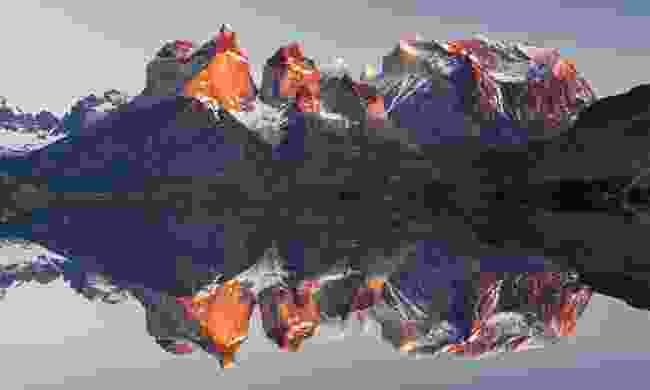 Fringing the South Patagonian Ice Field at the bottom of South America is one of the world’s most captivating national parks: Torres del Paine. A unique geological fault resulted in the Paine Massif crashing through the earth’s crust, leaving behind a craggy, forested landscape peppered with turquoise lakes and sprawling glaciers.

Torres del Paine has become a Mecca for adventure seekers and trekkers, and it is home to one of the world’s most famous hikes, The ‘W’ Trek, and borderline insane rock climbing routes. For a more beautiful and fulfilling walk, connect the W with the backside of the park, looping around in the magical 8-day ‘O Circuit’.

Thank you to blogger Jarryd Salem for this contribution. 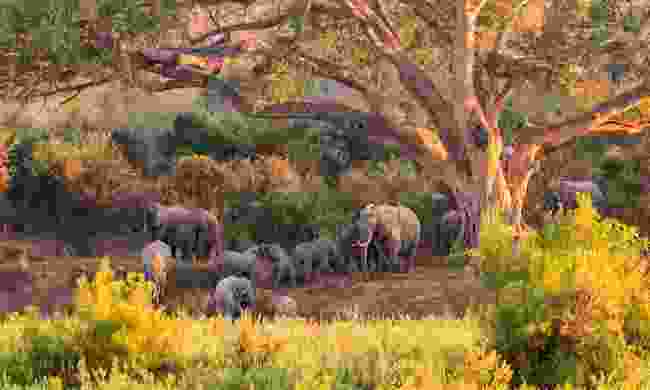 Covering over 7,500 square miles, Kruger is the Granddaddy of all the national parks in southern Africa. The park is very accessible, within just a day's drive from Johannesburg, and is a great way to see the ‘Big 5’, along with literally hundreds of other species of birds and mammals.

The park is great for camping, too. I’d suggest it’s best seen over the stretch of four or five days, but you could easily stay there for over a week and keep seeing new things every day.

Thank you to blogger Matt Stabile for this contribution. 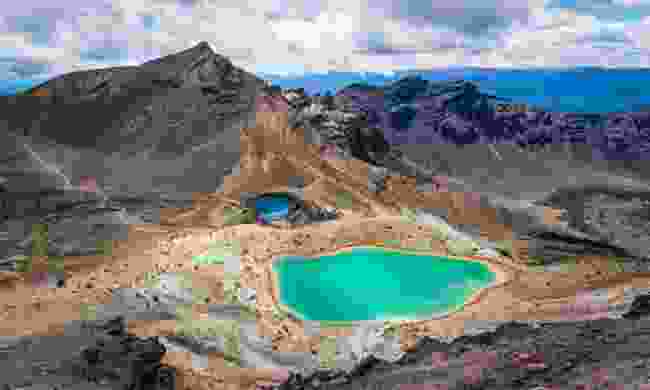 New Zealand’s oldest, Tongariro National Park is perhaps most recognisable as the home of the real-life Mount Doom, the volcano in Peter Jackson’s The Lord of the Rings films, set in Tolkien's Middle Earth.

Hosting extended volcanic terrain, unique and dramatic landforms, and a range of endemic flora and fauna, the park is also home to one of the world’s best one-day hikes: the Tongariro Alpine Trail. Wending its way 12.5 miles (19.4km) across the Middle Earth film set, the hike is full of extremes and surprises, and has made a name for itself as a quintessential Kiwi experience.

Thank you to blogger Charli Moore for this contribution. 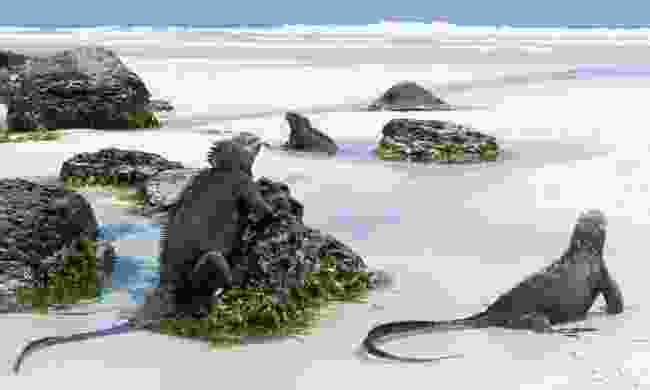 Ecuador's first National Park, Galápagos is a UNESCO World Heritage Site and Biosphere Reserve. The location of Charles Darwin’s crucial research, its islands host both the Darwin Research Station and a Marine Reserve among a refreshing air of conservation throughout.

Favoured by visitors, Santa Cruz Island’s walking path leads you across a landscape with marine iguanas, Galapagos crabs and birds among lava rocks and a swimming cove, with common sightings of reef sharks and sometimes even a gigantic Galápagos tortoise.

Thank you to blogger Joao Leitao for this contribution. 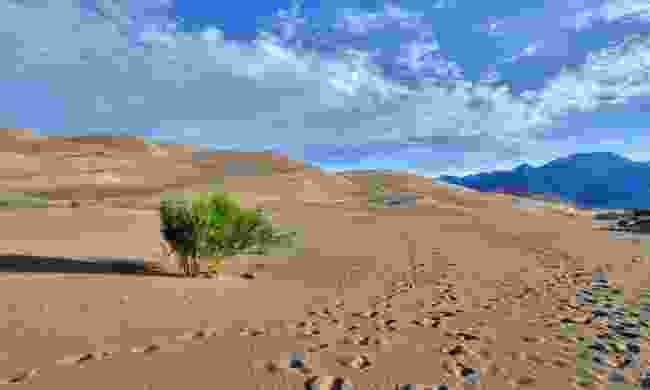 Did you know there are sand dunes in the United States? In fact, the highest sand dunes in North America are in the Great Sand Dunes National Park in Colorado. This unusual area started forming more than 440,000 years ago and it is still in the process of developing and shifting over time, like an organism.

The Great Sand Dunes are also a living museum of evolution; you can find proof of insects, plants and animals that evolved over the centuries to become more suitable for this harsh environment. Spend a night at the campground to see the sunset over the 750-feet sand dune.

Thank you to blogger Juno Kim for this contribution. 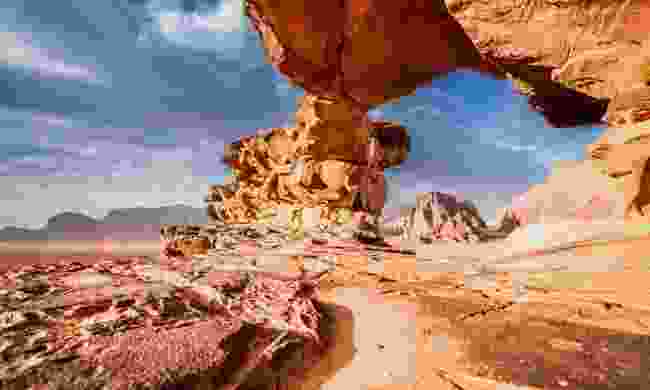 I’ve always had a thing for deserts, so there was no way in the world that I’d miss out on Wadi Rum, also known as The Valley of the Moon, during my trip to Jordan. This is a great hiking and adventure destination, with impressive sights: gold and red sand dunes, desolated mountains, shepherds taking their goats and sheep to pasture, camels peacefully resting around the Bedouin camps.

Wadi Rum is a fabulous place to get to know the fascinating Bedouin culture and lifestyle a bit closer. I enjoyed sitting around the fire at night, drinking tea, listening to the sound of traditional music and songs. Yet, the best memory I have about Wadi Rum is the silence, occasionally broken by the growling of a camel or by the wind that often blows, raising the sand and giving the entire place a special aura.

Thank you to blogger Claudia Tavani for this contribution. 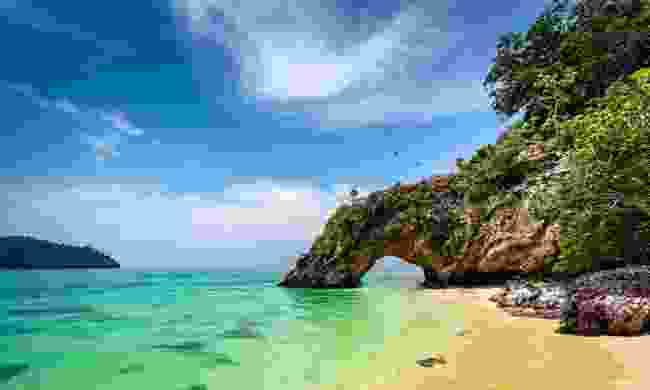 One of our favourite National Parks is the Tarutao National Park in south-west Thailand, close to the border with Malaysia. It comprises several islands, including touristy Koh Lipe and the Robinson Crusoe-like Koh Tarutao. The former is perfect for beaches and party fun, while Koh Tarutao is for adventure seekers where you can do snorkelling, kayaking, trekking, biking and more.

Koh Tarutao is the largest island in Tarutao National Marine Park and a former concentration camp for political prisoners. There aren’t many facilities on the island and it’s heavily controlled by the Thai government to prevent it being destroyed by tourism. It was one of the places that we always remember from our travels and crave to return to.

Thank you to blogger Stefan Arestis for this contribution. 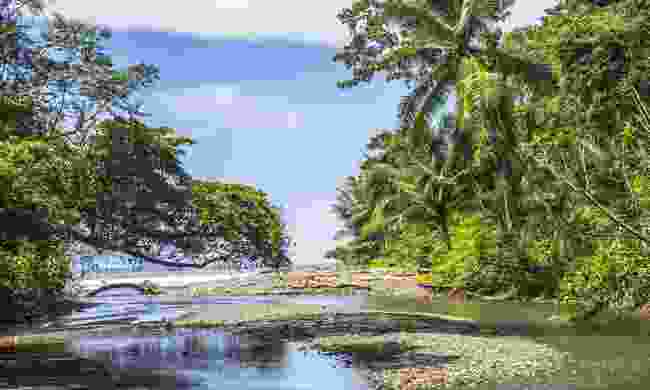 Named as one of the most biologically intense places in the world by National Geographic, Costa Rica’s Corcovado National Park is truly a jungle paradise. Here, you can hike along secluded beaches and through lush rainforest, all the while keeping an eye out for fascinating wildlife, including tapirs, jaguars and scarlet macaws.

Located on the remote cornerof the Osa Peninsula, it’s not easy to arrive at Corcovado, but that’s all part of the adventure. Guides and advanced permits are required.

Thank you to blogger Casey Siemaszko for this contribution. 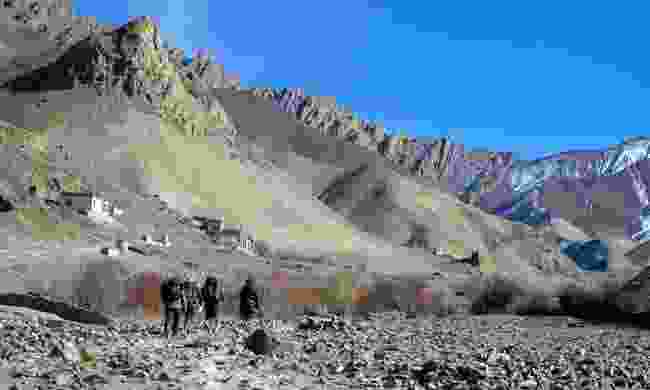 Hemis National Park in Ladakh, India is at the top this our list of favorite National Parks. This high desert mountainous area in the Himalayan region not only has stunning natural beauty, but it’s also home to several Buddhist monasteries and traditional Ladakhi villages.

This means that some of the treks that go through the National Park, like the Markha Valley Trek, which has two mountain passes at around 5,000 metres, push you physically, as well as allowing you to encounter Ladakhi Buddhist culture through the chortens, stupas and gompas built at holy places along the trail.

Thank you to blogger Audrey Scott for this contribution. 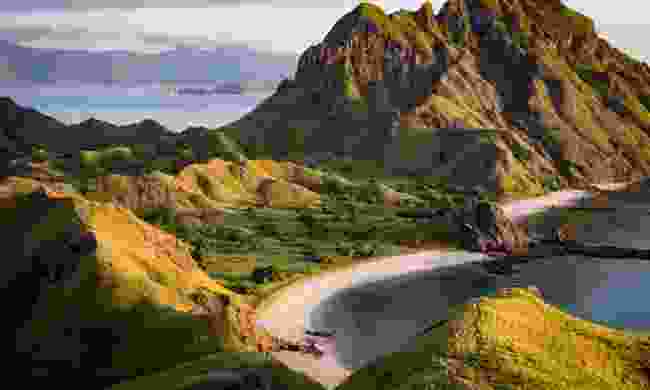 When I was a teenager, a very long time ago, I read a magazine about the Komodo Dragons and the National Park. That place sounded unreal and so far away, but I told myself one day I would visit this place. Fast forward to the more recent past, I’ve finally traveled to Komodo National Park and it was a dream come true.

The trekking on Rinca Island to spot the dragons was exciting and scary. Those creatures are huge. We had the chance to see some of them looking after their eggs and a bunch of lazy males resting after devouring a buffalo.

Thank you to blogger Robson Cadore for this contribution. 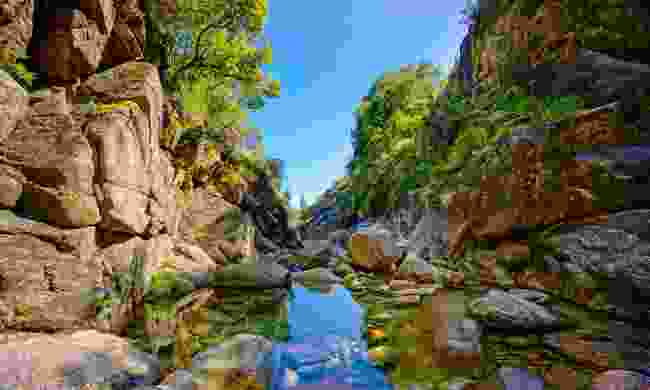 Peneda-Gerês is Portugal’s only National Park. Massively underrated and spectacular, it’s among the most overlooked in Europe. The area was given National Park status in 1971 due to its level of biodiversity. Four mountains dominate the region, towering over 80,000 hectares of forests and rock granite scenery.

Wild horses and wolves roam the land, while eagles careen through the sky, and the local people live at a pace unchanged for centuries. Peneda-Gerês is a dream for any outdoor lover, with hiking and biking trails burrowing through the park for miles on end, often entirely devoid of other travellers.

Thank you to blogger Emma Higgins for this contribution. 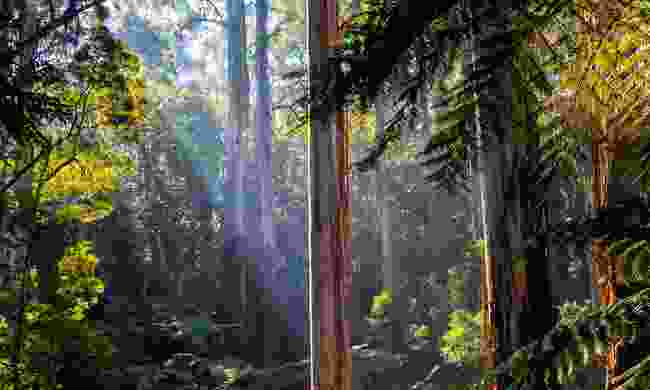 Cape Tribulation, in the tropical far north of Queensland, Australia, is where two very special National Parks and natural World Heritage sites meet: the Daintree Rainforest and the Great Barrier Reef. At 135 million years old, the Daintree Rainforest is one of the oldest and most pristine rainforests in the world. It’s home to many unique plants and animals, including Cassowaries.

To explore the Daintree, head about 2.5 hours north of Cairns, cross the crocodile infested river on a small cable ferry and theadventure starts. The road is sealed up to Cape Tribulation, after which you’ll need a 4WD, and you can explore the rainforest on well-marked boardwalk circuits, trails and lookouts, as well as enjoying the sandy beaches. There are also camping facilities and opportunities to learn about the Aboriginal culture.

Thank you to blogger Anna Phipps for this contribution. 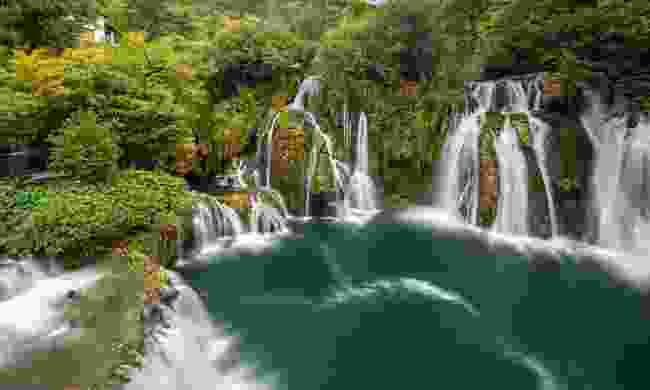 When it comes to national parks, Plitvice National Park in Croatia is one of my absolute favourites. The lush nature is mixed with wonderful trails along the water, viewpoints and spectacular waterfalls.

Even though it's crowded during summer, it's still worth a visit, and the further you explore, the fewer tourists you'll share this natural beauty with. The park is also home to several animals, including bears, but they live further into the park, and you'll be very lucky to catch a glimpse of them.

Another thing I love about this National Park is the different seasons. They appear so clearly here, and if you go during winter, autumn or spring, it will have a distinct seasonal look.

Thank you to blogger Alex Waltner for this contribution.

The world's most awesome rainforests