Phoebe Smith picks out some of the best places and ways to take things slowly, so we can all be a little more mindful on our travels…

Sometimes we can all be guilty of rushing around a place, so hellbent on seeing everything that we forget to truly be present in the moment and actually enjoy it.

I was too, until I embarked on an unexpected mindfulness tour of a small Tuscan town, and really started to slow down and take in the sights around me.

So, here are the best mindful travel experiences and destinations to visit now...

1. Wander amid lavender in Provence, France 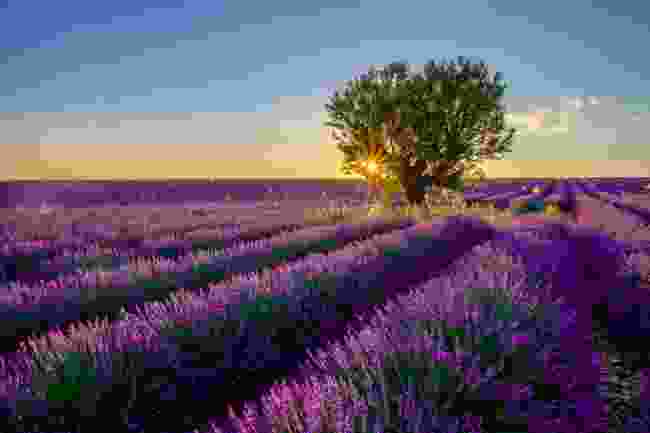 Provence has been inspiring artists for decades. Paul Cezanne loved the local Sainte-Victoire Mountain so much, he painted it 87 times. Vincent Van Gogh, who was treated using art therapy in the little town of Saint-Rémy-de-Provence, sketched out many a picture from his small room overlooking the verdant landscape.

So, this is the place to come with a plan to simply meander. The best time to visit is, of course, during the summer (end of June to mid-August) when the lavender fields are in full bloom creating a mesmerising show of purple in all directions.

Avoid the manically busy Sénanque Abbey and tour buses. Instead, explore the area around Roussillon on foot, looking for the famous flowers, as well as making your way through the striking and unexpected ochre cliffs on the edge of the village. 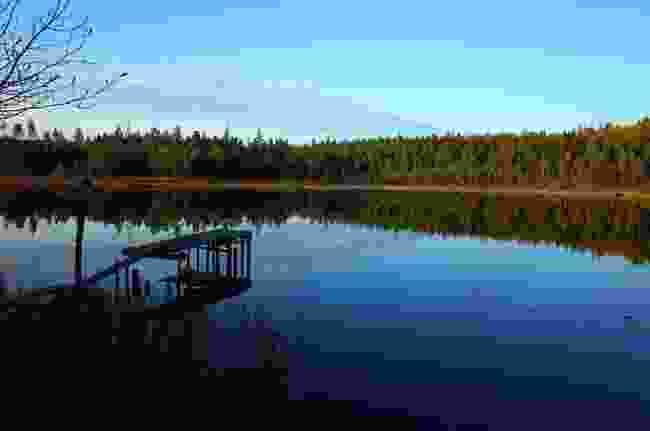 Just two hours by car (or around four by local train and bus) from the capital of Stockholm, is this small unassuming town perched on the edge of a giant lake.

Here, there are just a handful of houses and shops, and a small number of residents. They are easily outnumbered by the wildlife that lives in the sprawling woodlands surrounding the town – from wolves and moose, to deer and beaver.

Stay in the most basic hotel in the world – Kolarbyn eco-lodge – for a true immersion into the forest. Then, take your bathing suit and towel and head for a section of the Bruksleden hiking trail. You can wander on stage 18 (a 14km-long section of the 250km walk), taking your time to breathe in the scent of the Scots pines and listen to the sound of your boots treading on dried moss.

Your destination is Lake Kolpen, so that after you’ve soaked up the serenity of the trees, you can enjoy the feeling of floating in some wild water. The city and its stresses couldn't feel further away... 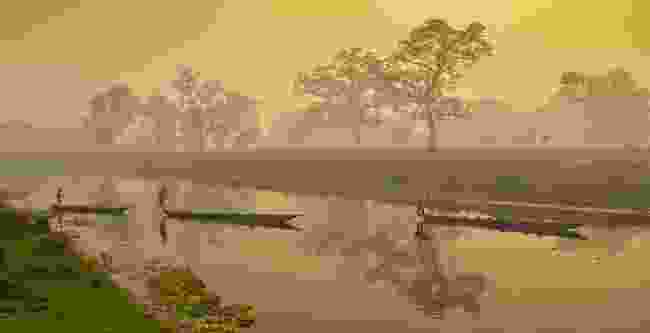 Kathmandu is a captivating city with enough sights and sounds to dazzle every sense – from the smell of spices in the humid air, to the sound of prayer wheels spinning outside one of the many Buddhist temples. But escaping the frenetic energy of the city is necessary on every visit.

Thankfully, it’s easy to do. Just 160km towards the south-west, accessed by a day’s bus ride or short flight, is Chitwan National Park. In the park, the sounds of the scooters that navigate the narrow streets of Thamel are replaced by the calls of chital deer, weaving their way through the long grass navigating the wild rhinos, elephants and even tigers that share the jungle with them.

With wildlife watching rushing never pays off. You're not people watching on a rickshaw, so take your time admiring these creatures from your wooden boat, floating peacefully along the river. Or simply turn your attention to the trees, where the only tweets will be from one of the 850 species of birds that call Chitwan home.

4. Stand above the clouds in the Scottish Highlands, UK 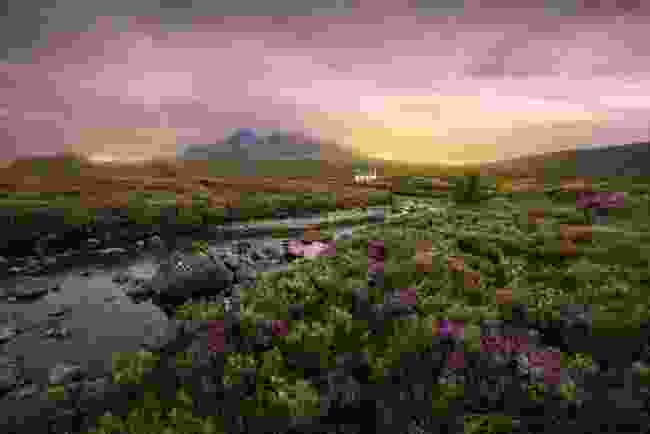 There’s something very special about winter in the mountains. It’s as though the entire landscape holds its breath – every sound is muffled and every footstep has to be taken slowly, deliberately and with thought.

When the weather changes from the autumnal colours of fall to the hoarfrost sparkle of winter, the crowds melt away, too. You can take a guide if you’re not confident in your ability, but heading up to the top of a peak, and standing on top of it, without another soul for miles, is indescribably serene and life affirming.

This is also the best time of year to catch a temperature inversion, when you can – quite literally – stare down at the clouds from above. 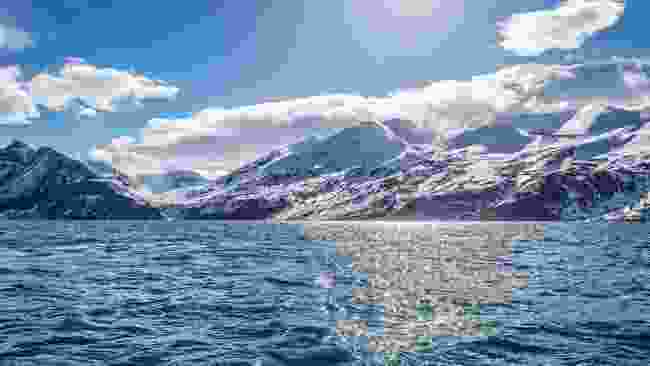 In a country famed for hunting and selling whale meat still to this day, when most of the world has united to end this outdated practise – it’s heartening to see that pioneering developments are being made in the far north of the country within the realm of whale watching.

North Sailing was the very first company to start showing the value of seeing these marine mammals rather than tasting them. Did you know that a huge proportion of whale meat in the country is sold to tourists who ‘want to give it a try’, thereby driving demand for their killing?

They've now launched trips on electric-powered wooden boats, too. The result is not only a much quieter experience – where the smell of diesel fumes is thankfully absent – but the whales seem to come closer to the vessel, too.

And as it’s charged with 100% renewable energy, it’s a carbon-neutral activity. A serene and green trip, perfect for appreciating the scenery and marvelling at the majesty of these spectacular underwater residents. 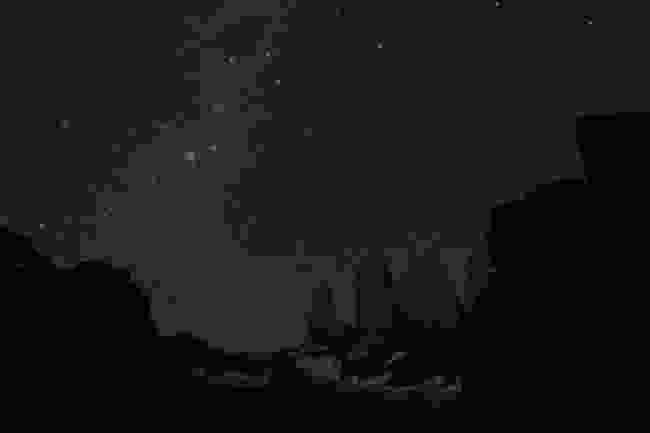 The stars above the Cordillera Paine (Shutterstock)

Being somewhere remote and gazing up at the endless night sky is the ultimate way to quieten the mind and soothe the senses. Away from the light pollution of the big cities, Chile's premier national park is also sparsely populated and very dry, meaning that cloudless skies are frequent.

Simply stepping out of your accommodation – whether hotel, mountain lodge, eco-dome or tent – can reveal a sky peppered with sparkling stars. It includes the unmistakable band of the Milky Way, the brightly shining southern cross – which both the indigenous people and early ship captains used to navigate. There are even shooting stars dancing across the inky black.

Better yet, the act of simply watching space above you ensures you stay in the one place rather than rushing around in a hurry. No one can look at the enormity of the universe above, and not feel how tiny we are in a galaxy so big it’s beyond comprehension. 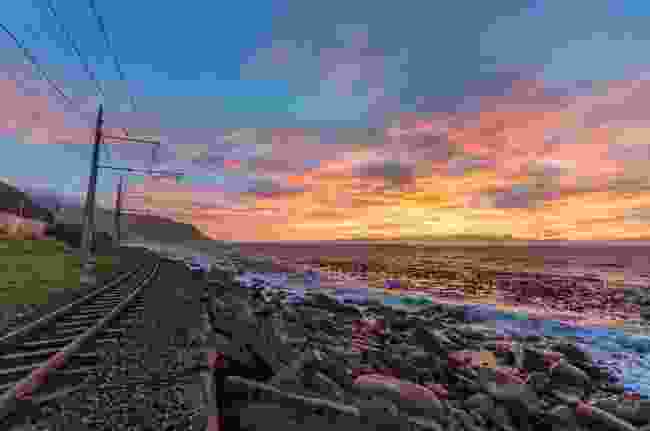 One of the best ways to travel mindfully is to take public transport, shifting the idea that getting to a place is simply a necessary evil and reframing it in our minds as the journey being the destination itself.

Watching the South African landscape go by from the window of a carriage chugging along behind a locomotive will allow you to take in every mile you’re traversing, and appreciate how it morphs from city to winelands, from farm to desert.

Those who want the luxury of seeing this from their bed while their butler brings them tea can opt for the ultra-slow Blue Train. Beyond the luxury, consider the more budget-friendly Trans-Karoo (which also offers different classes of accommodation).

Both allow you to immerse yourselves in the landscapes, and with the locals. On board, you can chat to the people who truly make South Africa deserve its Rainbow Nation moniker. Hear their stories, while making one of your own.

For more on these mindful destinations, check out:

Into the wild: Wolf-watching in Sweden