8 of the best hotels in Tokyo, Japan

Book a room with a view (or just a capsule bed) at one of the Japanese capital's choicest hotels, from luxury skyscrapers to contemporary ryokan 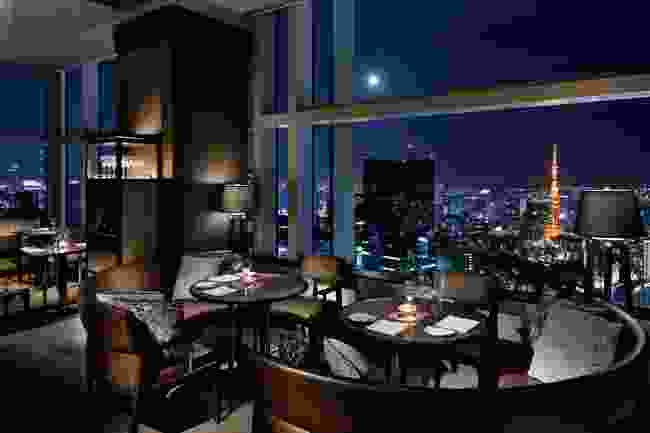 Located on the upper floors of the 53-storey Midtown Tower in bustling Roppongi, everything at the Ritz-Carlton comes with incredible city views: that includes treatments at the spa or dinner at restaurants like the Michelin-starred French-focused Azure 45. Rooms, not surprisingly, are sleek and spacious, while the location in Midtown is close to perfect. Both the Midtown complex and nearby Roppongi Hills are home to boutiques, leading galleries such as the Mori Art Museum and other attractions, and from Roppongi it’s easy to get to Shibuya, Shinjuku and beyond. If you wanted a little help delving into Japanese culture, there’s also a long list of immersive experiences for guests, from manga drawing classes and wadaiko drumming workshops to origami for kids and sake tasting. 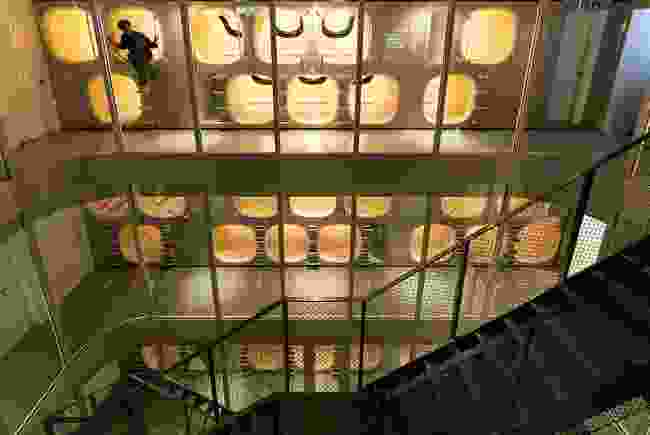 Cramped and no-frills, capsule hotels have been around in Japan since the late 1970s, typically just places to crash on a budget or after missing the last train home. With its six branches in and around Tokyo, however, the Nine Hours chain has reimagined the capsule for the modern day, with sci-fi-like design, relatively roomy sleeping pods (220cm long by 110cm wide by 110cm high) that feature ambient lighting, and lounge areas with Wi-Fi and workstations. Unlike typical capsules, Nine Hours also allows multi-night stays, which makes them a genuine option for budget travellers. They also have a women-only branch in Kanda. 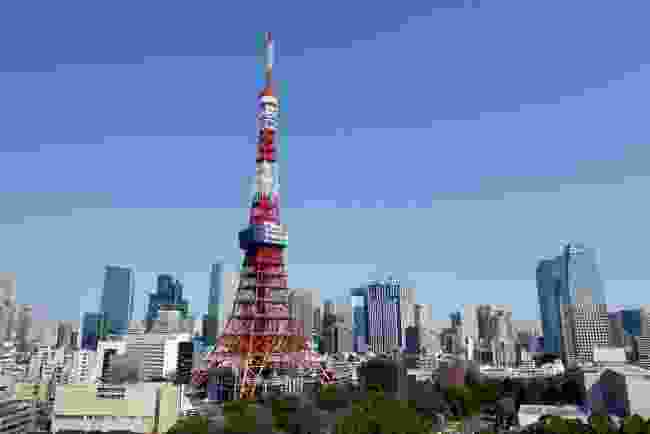 The flagship of Prince Hotels has just about the ideal location for anyone after easy access to Tokyo’s busy centre, but then calm when the day is done. The 33-storey hotel is located in the quiet of Shiba Park, facing the iconic Tokyo Tower and the 17th-century Zojoji Temple, but just short hops on the subway to the nightlife of Roppongi or the Imperial Palace and Ginza. Room-wise, it’s a mixed bag: the City Royal and Harbor Royal suites have an old-fashioned regal vibe; Premium and Premium Corner King rooms have a smart, contemporary feel. There are also Japanese-style suites with tatami mat flooring. 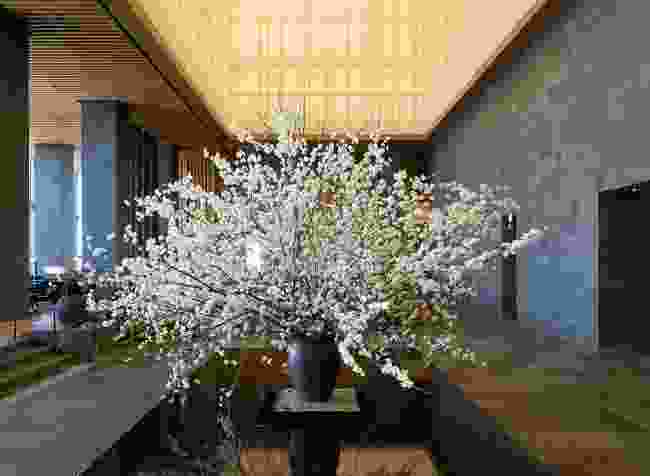 When it opened atop a skyscraper in the Otemachi financial district in 2014, the Aman brought something new to Tokyo – an ultra-luxury hotel functioning like an urban resort. Its 84 rooms and suites are among the biggest in the city, starting at 71 sqm (Deluxe Rooms) and reaching 157 sqm (Aman Suites), with views over the Imperial Palace Gardens. Each is minimalist in design, featuring earthy tones and wood and stone features, plus Japanese elements such as deep-soaking baths. To that you can add an opulent spa with treatments inspired by kampo herbal healing and Shinto purification rituals, as well as dining options like the eight-seat counter-only Musashi by Aman sushi restaurant. There are unique experiences on offer too: guests can have dinner at an exclusive geisha house, take private lessons on swordsmanship or go behind the scenes at a sumo training stable. 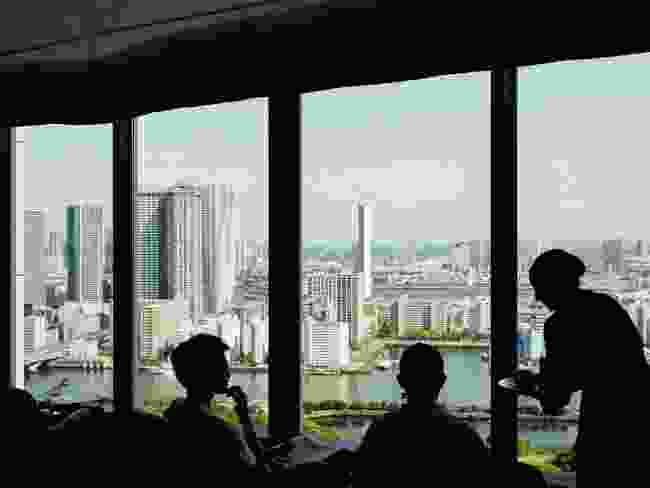 From the outside, the Conrad is part of one of Tokyo’s most striking old-meets-new photo ops – the skyscraper it tops looms over the ponds and teahouse of Hamarikyu Gardens. Inside, covering floors 28 to 37, it’s entirely modern, with 291 rooms that either look back into the city or have views stretching over Hamarikyu into Tokyo Bay. With its proximity to the Otemachi and Marunouchi business districts, the Conrad is well geared to business travellers, with the Mizuki Spa & Fitness offering a post-work massage. And while nearby Ginza is home to ma hilton.comny of Japan’s best restaurants, the modern Chinese at China Blue and the traditional Japanese at Kazahana means the Conrad also has solid culinary credentials of its own. 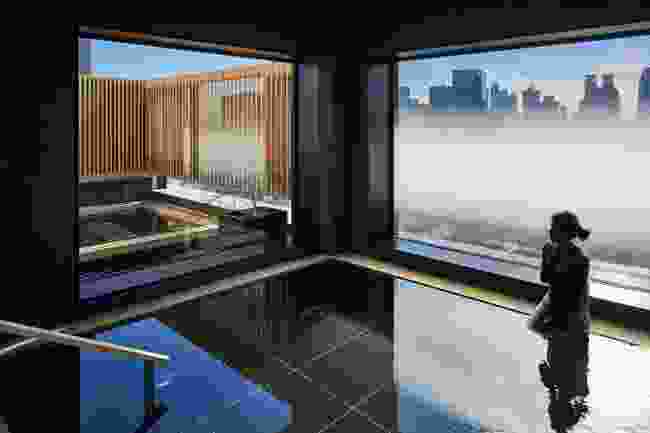 Compared to Kyoto or the hot-spring resort towns outside of Tokyo, the capital itself doesn’t have many traditional ryokan inns. You can largely blame the great ’quake of 1923 and the bombing of the Second World War for that. But there are a growing number of contemporary ryokan, like the Yuen Shinjuku, that offer an updated experience. You get the finely tuned service and hospitality of a classic ryokan, plus that air of calm and quiet. There’s also the minimalist room design that features tatami-style mat flooring, although the Yuen provides low beds instead of the floor-hugging futon. It all comes in an 18-storey tower that neighbours neon-lit Shinjuku, with an open-air hot-spring bath on the roof that delivers sweeping city views. 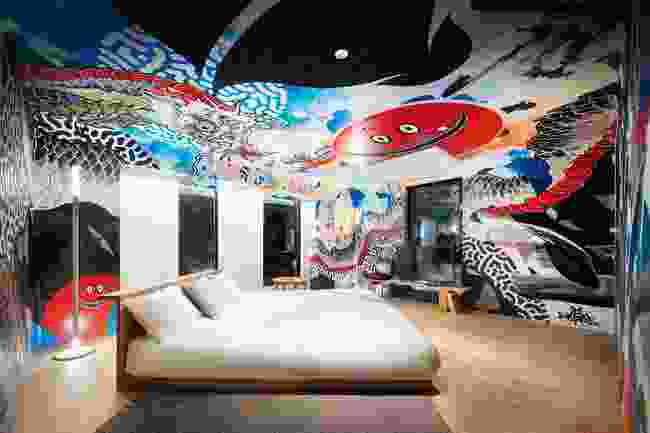 With five rooms designed to function as liveable art installations, Tokyo-based art and design collective BnA have brought together artistic genres to create Tokyo’s most visually striking stay. The Athletic Park room, for example, is inspired by graffiti-riddled parks from its designer’s youth, while the walls of the Responder room are covered in a 360° mural that weaves together classic Japanese art elements such as dragons and calligraphic brushstrokes with street art and pop. The streets of Akihabara are just as colourful. This is the centre of all things anime and manga in Tokyo and there’s also a contemporary art scene to discover. A bonus: part of the revenue from each booking goes to the artists who designed the room. 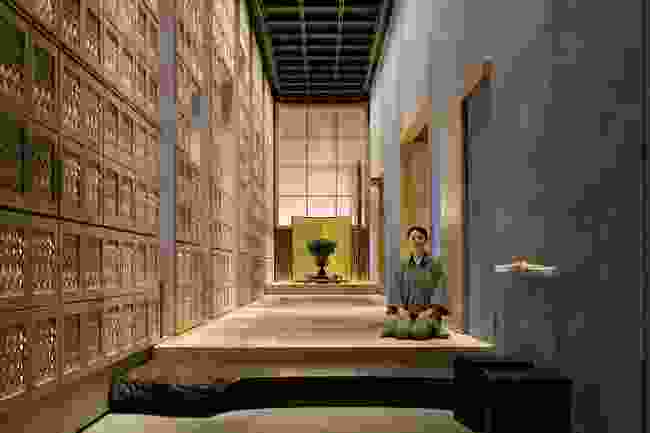 Like a home-grown answer to the Aman, the Hoshinoya is an exclusive hotel occupying a tower in Otemachi, an easy walk to Tokyo Station, the Imperial Palace and the shops and restaurants of upscale Ginza. But where the Aman incorporates some Japanese touches, the Hoshinoya is a full-on contemporary take on a traditional ryokan, with staff in kimono, tatami-matted communal areas, rooftop hot-spring baths and 84 rooms that merge classic ryokan style with Scandi-like design touches. And like all top ryokan, the food here is an integral part of the experience. That’s been given a modern twist too, with Executive Chef Noriyuki Hamada creating ‘Nippon cuisine’ – a French-inspired reworking of multi-course Japanese kaiseki.

8 of the best sleeps in Marrakech, Morocco

7 of the best ryokans in Japan

7 of the best hotels in Luang Prabang, Laos