Visitors to the Cuba’s historic capital have a growing number of first-class establishments available, each perfectly placed to experience Havana’s heady buzz 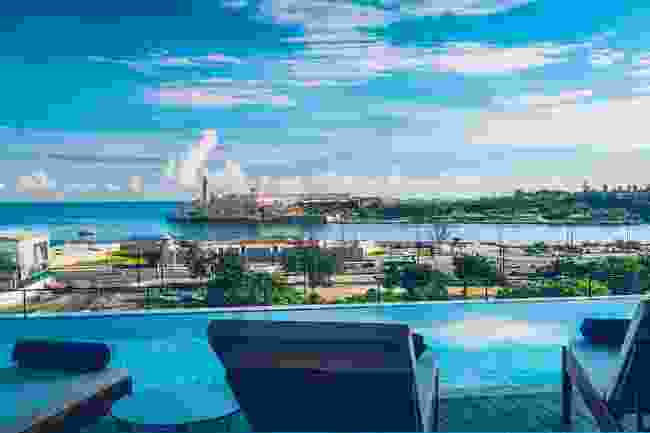 Facing the popular marble-paved rambla, Havana’s Grand Packard emerged from the handsome frontage of the city’s old Hotel Biscuit. Renamed after the American Packard cars once on display in the ground floor showrooms, it reopened in 2018 with a modern makeover. French architect Michel Regembal balanced several glassy layers that appear to float on top of the Biscuit’s original facade. It’s up here in the space-age overhang where you’ll want to linger. The views, ideally taken from the L-shaped infinity pool, of Havana’s colonial-era El Morro fortress and lighthouse glinting in the sun are unrivalled. In 2020, the Packard went plastic-free, replaced small bathroom amenities with refillables, and created its own compost station, while Iberostar’s Wave of Change promises the hotel will be waste-free and serve 100% responsibly sourced seafood by 2025. 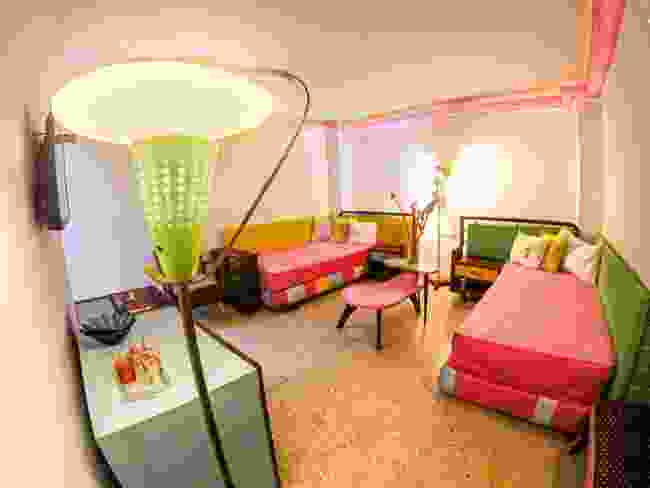 From its pitch on the city’s ocean boulevard, Malecón 663 blooms with live music and Habanero spirit. Orlandito Mengual and his French wife Sandra have created not just a fashionable bolthole but also an arty hub, fabulous cocktail terrace with live music, and a lobby-cum-living room for creatives and guests. The rooms in the hive-like colonial townhouse are a retro spin on Havana’s evolution: monochrome Mambo’s vibe is Art Deco; Hoy Como Ayer channels the 1950s. The team also restore vintage finds, upcycle furniture, cook with local organic farm ingredients and use artisanal soaps made by locals. 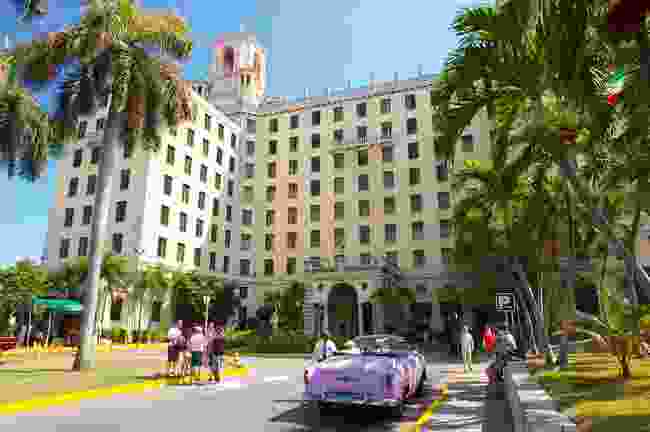 With gardens of flowers and Cold War trenches, rooms booked by the Mafia to scheme, and a pool that Johnny ‘Tarzan’ Weissmuller plunged into from the balcony of his room, the Nacional is Havana’s most storied building. Take a room on the executive floor and grab a minty mojito on the breezy terrace before taking the history tour to clue you in to the December 1946 Mob Conference, the Hollywood starlets who’ve stayed and the tense days of the 1962 Cuban Missile crisis. The tour’s your pass, too, to the towers for normally out-of-bounds bird’s-eye skyline and shimmering Atlantic views. 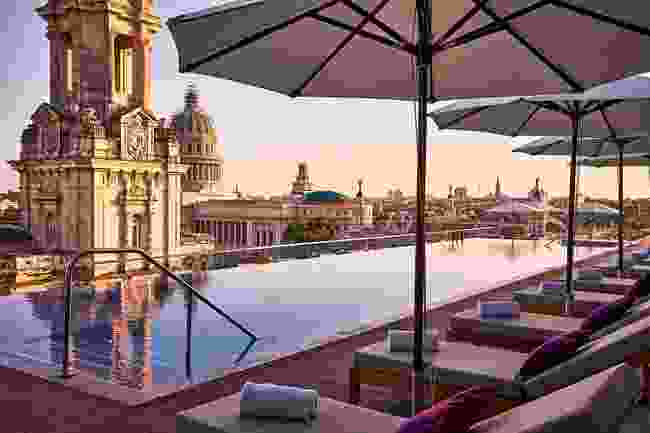 Nobody could quite believe it. Crafted from the shell of a 19th-century shopping arcade, Havana’s Kempinski was the first luxury hotel to open in Cuba for almost 60 years when it welcomed guests in 2017. Straight to the nub: it’s the rooftop infinity pool and bar where you’ll hang, ogling the baroque beauty of central park buildings in cinematic close up. Take your breakfast on one of the best spreads in the city from tables overlooking rows of gelato-coloured classic cars, and order a daiquiri from the Constante Bar, all hummingbird green and lush botanicals in print. The Kempinski Havana is now using bamboo straws for drinks and engages an eco team to probe energy usage, while green ethics trailblazer EarthCheck bronze benchmarked the hotel in 2020. 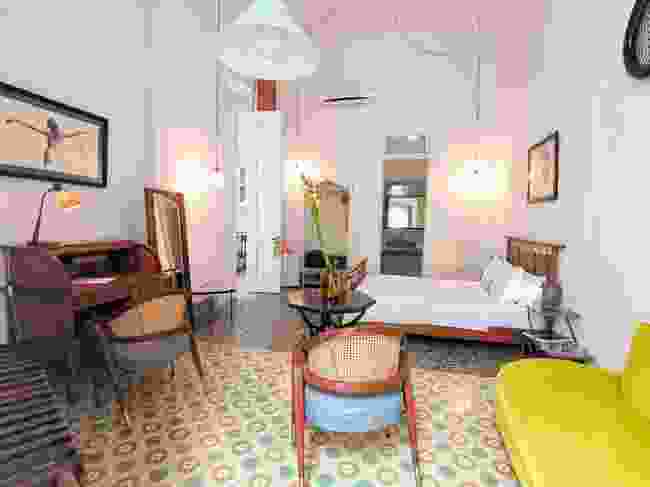 The rhubarb pink and pistachio turn-of-the-century townhouse in Old Havana’s coolest quarter is a hit. Vitrales was one of the first private boutique stays authorised in Cuba in 2014 and with nine rooms to boot. With an expert eye for interior design, Osmani Hernández revived the early Republic-era building – three stories of Spanish colonial tiles and antique stained glass, and decorated rooms with Cuban and Italian furniture married with modern beds. Breakfast on the alfresco terrace with 360° views of Havana’s jumbled roofscape before strolling the streets below. The neighbours are popular indy cafés and bars of Plaza Loma del Angel and Calle Chacón, as well as the Hairdresser’s Alley. Once the home of a Cuban senator, this 1930s villa – flush with wood panelling and Carrara marble tile – is a smart find. Italian and Cuban hospitality and design are the hallmark of this boutique property facing tree-lined Paseo avenue in Havana’s mansion neighbourhood. Take time out from the luxury to book one of Paseo’s immersive experiences: head in to sunny streets with an award-winning photographer and develop your film at the snapper’s studio. Hungry? Shop for ingredients at a farmer’s market with Paseo’s chef, learn to cook a Cuban meal, and muddle a killer mojito. Paseo’s eco credentials are on the rise: steel straws accompany drinks and empty glass bottles are sold to local drink makers. 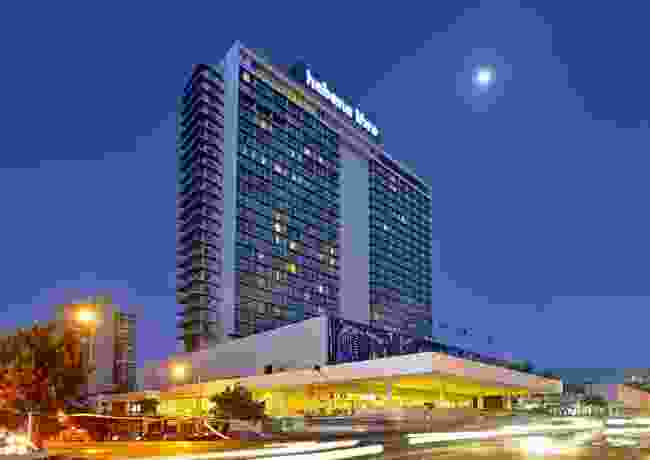 Shimmering in marine green, this landmark towers over the heart of Havana’s seaside entertainment quarter. Rooms overlooking the capital’s curved corniche take in a cityscape spanning 500 years: the emblematic hotel district all the way to El Morro harbour castle and lighthouse. Opened as the Habana Hilton in 1958, it was the largest hotel in the Caribbean on the eve of Fidel Castro’s revolution. Castro ran his newly minted government for three months in 1959 from Continental Suite 2324. Rock up for live music on its Turquino dance floor under the stars. The original Tiki bar and restaurant Polinesio – a former Hilton Trader Vic’s – is deliciously preserved. 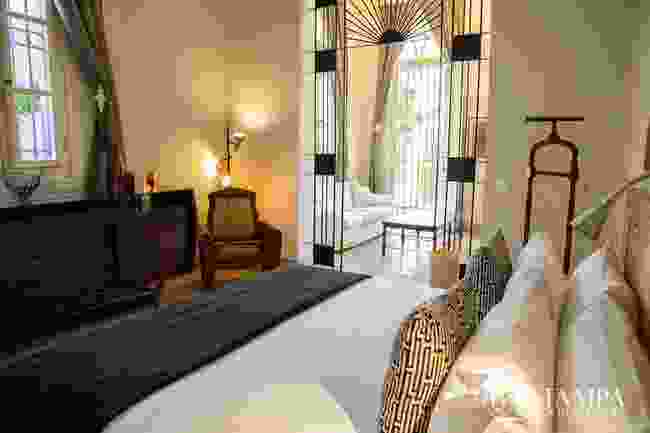 This restored Spanish tile-clad mansion in Havana’s artsy barrio boasts huge rooms with fancy bathrooms, curated with Cuban and European furniture, Murano glassware and contemporary Cuban art. Tap into Havana’s magnetic spirit with conversation and cocktails around the all-day alfresco bar in the patio, all tropical foliage and scattered seats. And dine under the stars at new La Bodega celebrating all things regional Cuban cuisine. Fruit and veg are sourced from La Reserva’s out of town gardens, and cheese, pickles and terrines from local foodies Santuario Gourmet. Its best secret? La Reserva’s enviable black book for under-the-radar local encounters.

The most remote hotels in the world

Characterful places to stay in Hoi An, Vietnam