5 of the best hikes in Iceland

Whether you're after a stroll or a challenging trek, the travel writer and wildlife cameraman Jim Manthorpe recommends these top hikes from his new book, Iceland Hiking 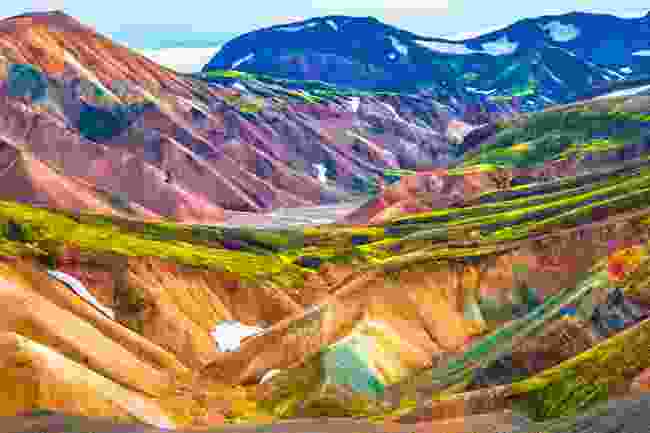 The Laugavegur is Iceland’s most well-known long-distance hiking trail and it’s fast becoming globally famous too, regularly finding its way on to top ten lists of best hikes in the world. The adulation is well deserved. In a land replete with natural wonder, the Laugavegur route does a fine job of taking in some of the most remarkable sights in Iceland.

This is a land of steaming volcanoes, hot springs, glaciers, stark deserts of ash and sand, blue and yellow peaks, canyons, thunderous rivers and even birch forests. At only 55km it is short by long-distance trail standards but each kilometre is full of wonder.

Starting at Landmannalaugar in the heart of the Torfajökull caldera, the trail winds through a 500-year-old lava field, past steaming fumaroles and across rolling, yellow rhyolite hills patterned with late snow patches.

Then it’s on past hot springs and the beautiful lake at Alftavatn before crossing gravel plains and passing extinct volcanoes. Eventually, as the altitude lowers, the trail reaches the verdant forests of Þórsmörk, a striking contrast to the barren lands that came before and a welcome finale to the walk. 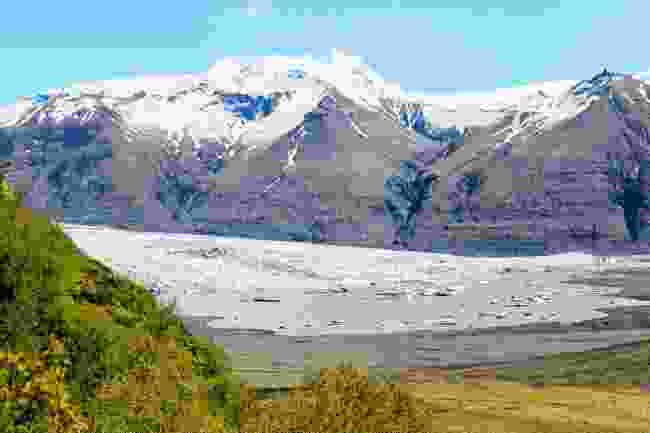 The peak of Kristínartindar at Skaftafell is part of the Vatnajökull National Park, which encompasses the largest ice cap in Europe. Around the fringes of the ice cap are deeply gouged valleys where the snouts of glaciers creep across the glacial till. The valleys are fringed with birch forest while higher up willow scrub gives way to steep talus slopes and narrow rocky aretes.

The pointed peak of Kristínartindar sits between the Morsárjökull and Skaftafellsjökull glaciers and offers exceptional 360-degree views over the wild glaciated landscape, topped off by the enormous Vatnajökull ice cap. 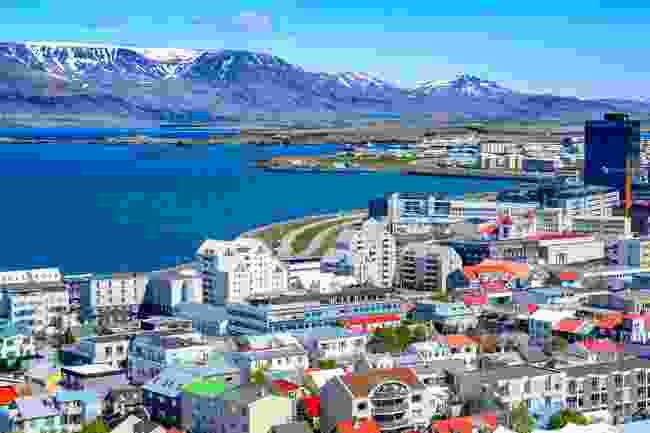 Icelanders say that ‘the sun always shines on Móskarðshnjúkar’, a phrase that no doubt has its origins in the yellow rhyolite rocks of the mountain that shine brightly even on overcast days.

Of all the day hikes close to Reykjavík, this beautiful peak is a real highlight. Móskarðshnjúkar lies at the far eastern end of the Esja massif but unlike that bulky dark mass to the west, here the mountain is pyramidal and resplendent in red and yellow rhyolite scree. It is a straightforward ascent with no difficulties other than the final few steps up loose rock to a tiny, exposed summit where the views stretch as far as Reykjavík in the west and the dormant Hekla volcano to the east. 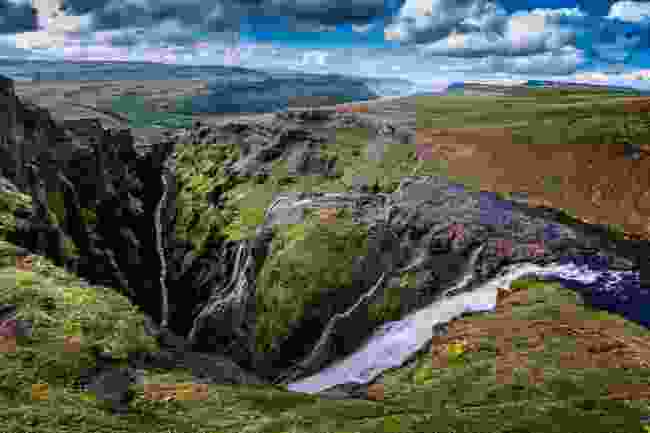 Glymur is the second highest waterfall in Iceland, at 198 metres. It is a popular day hike encompassing not just the waterfall but the deep and narrow gorge in which thousands of fulmars nest on mossy ledges.

The rough trail climbs high up one side of this fissure to reach a wonderful viewpoint overlooking the cascade at the head of the gorge. The walk can be extended to take you into wild country away from the crowds to the shore of Hvalvatn, a high lake hidden behind the basalt cliffs of Hvalfell, where you may see moorland birds such as golden plover and greenshank. 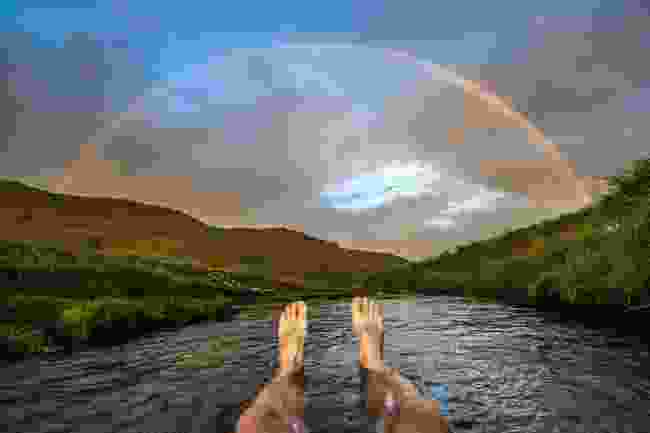 The Reykjadalur valley and its surroundings are all that remain of a once mighty volcano that was active 120,000 years ago. The last ice age reshaped the land and now just the stumps of the volcano remain, with hot springs in the valley a reminder that there is still magma not far below the surface.

These immensely popular natural hot springs lie in a verdant valley. The trail is easy and passes a number of bubbling fumaroles and springs before reaching the bathing river at the head of the valley. Here you can join the many other half-naked bodies bobbing in the steaming water.

This is one of Iceland’s best-known hikes so don’t expect any solitude on the main trail. However, you can find some respite from the crowds if you extend your walk by circumnavigating the low hill at the head of the valley. Doing so takes you into wild country where you can admire more fumaroles and mud pools in solitude. 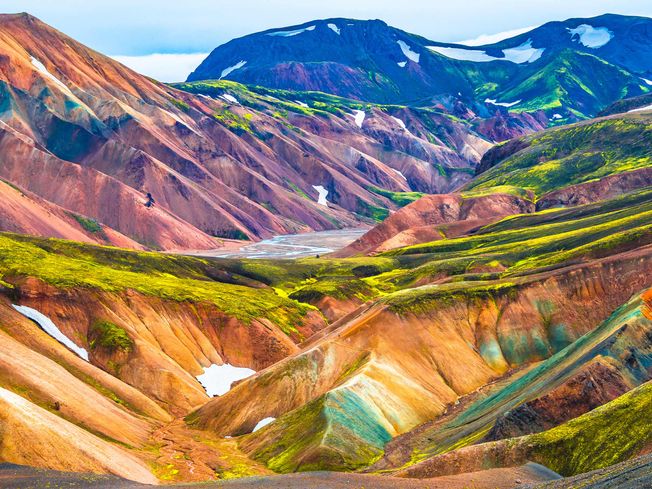 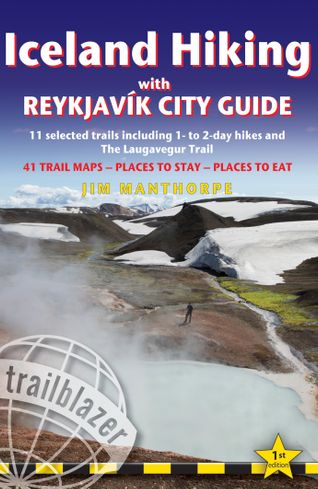 Iceland Hiking, £15.99, was published in June 2021. It’s available from trailblazer-guides.com, other online shops and all good bookshops.