The best tours for Game Of Thrones fans: From King's Landing to beyond The Wall

Travel to the destinations where Game Of Thrones was filmed with these top tours. See Dorne in Seville, embrace wildling territory in Iceland, or cross to Yunkai in Morocco...

1. Explore the Royal Palace of Dorne in Southern Spain 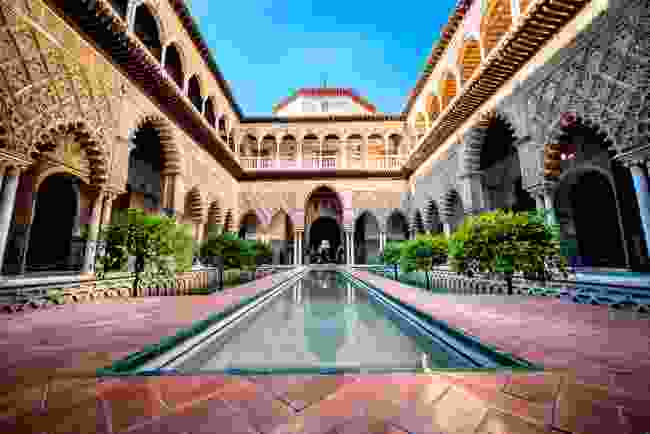 Step into the grand decadence of the House Martell and wander through some of the most pivotal locations of the entire Game Of Thrones series on this epic tour of southern Spain with G Adventures.

Your journey will take you through the wonders of Andalusia, a region blessed with grand palaces, intricate architecture and food fit for a king. While not specifically a Game Of Thrones themed tour, you’ll visit the breathtaking Alhambra in Granada, as well as Cordoba, where you’ll recognise the city’s squat Roman bridge. It was used as the Long Bridge of Volantis in Season 2, 5 and 6.

The highlight of your journey, however, will be the Real Alcázar Palace in Seville. A stunning mix of Christian and Mudéjar architecture, it served as the Royal Palace of Dorne, its famed water garden the scene of Ellaria Sand's terrible vengeance on Doran Martel. For Daenerys fans, the Roman ruins of the Italica Amphitheatre just outside of Seville, doubled as The Dragonpit of King's Landing.

2. Travel the King’s Road in Ireland 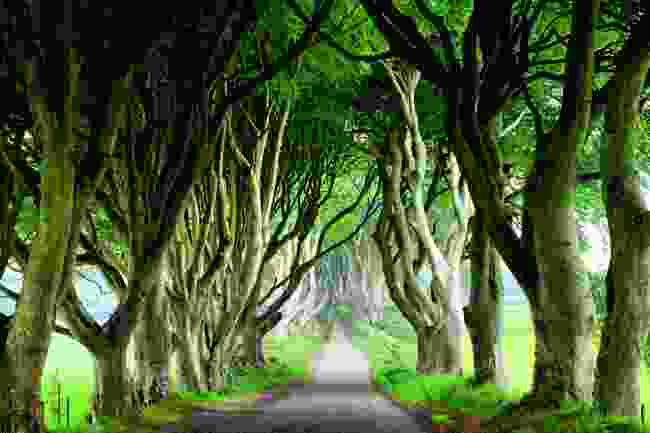 Stand on the King’s Road (Dark Hedges) in Ireland (Dreamstime)

Tradition, history, breathtaking scenery and some of the most iconic sites in Game Of Thrones – Ireland is the perfect destination for fans. And this series-themed tour offered by Evaneos is a brilliant way to experience it.

The tour is designed to show you the best of Ireland – its cities, coasts, castles and friendly locals – as well as shooting locations featured in Game Of Thrones. You’ll visit the real King’s Road (Dark Hedges), Haunted Forest (Tollymore Forest Park), Winterfell (Castle Ward) and more.

Just keep an eye out for Melisandre’s murderous shadow baby in the Cushendun Caves! 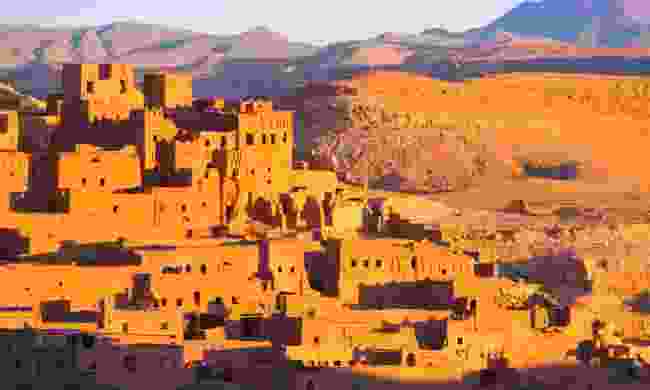 Take a step back in time and explore medieval medinas, colonial French architecture and the ancient fortress of Ait Benhaddou on this tour of Morocco and the Sahara with Tucan Travel.

After navigating the narrow souks of Marrakech, trying some ‘Berber whisky’ on an overnight camel safari into the Sahara and conquering Todra Gorge, you’ll head to the UNESCO World Heritage listed fort of Ait Benhaddou.

Thrones fans will recognise Ait Benhaddou as Yunkai, one of the three great city-states of Slaver's Bay. Also known as the Yellow City, it was the most intransigent to Daenerys' quest to abolish slavery. Wandering its’s narrows streets, surrounded by high walls and protected by four corner towers, you can almost sense the intrigue. 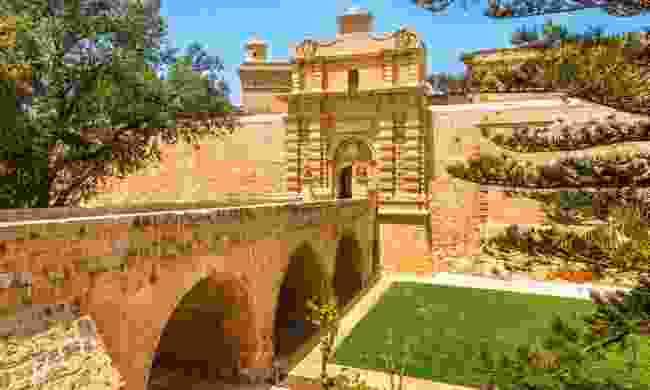 If you’ve been a fan from Game Of Thrones, right from the start, you’ll love this 7-day boutique tour of Malta and Gozo with Cox & Kings.

Set squarely in the centre of the Mediterranean, and rich in natural and architectural beauty, Malta and Gozo served as King’s Landing and the sunnier parts of The Seven Kingdoms in Season 1. As you explore the crusader fortresses, ornate palaces, and ancient temples and wander along the rugged coastlines you’ll spot The Red Keep (Fort Ricasoli in Valletta and nearby San Anton Palace), King’s Landing (the walled city of M’dina). Maybe you'll even spot the square where poor Ned’s head ended up on a spike.

Sadly, the Azure Window, a rock arch off the coast of Gozo and scene of the wedding feast of Daenerys and Drogo in Season 1, has since collapsed into the sea. The area is still undeniably beautiful and a lovely spot to watch the sun set and appreciated the extraordinary beauty of these islands.

(If you're heading to Gozo, here's some other stuff you should do, too.)

5. Go beyond the wall in Iceland 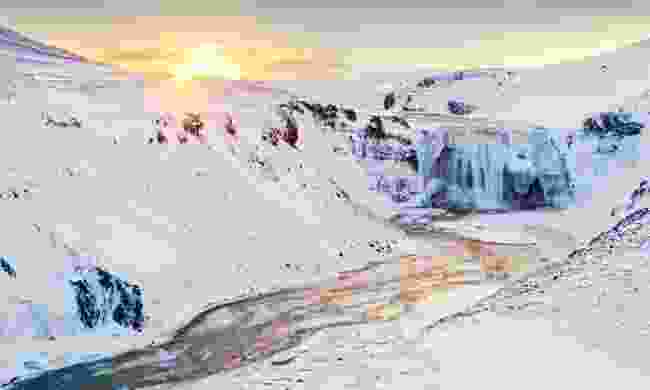 Retrace the steps of your favourite Game of Thrones characters and see the vast wilderness where much of the third series was filmed, on this themed adventure through Iceland with Regent Holidays.

Led by the same expert guide that took the cast and crew to some of Iceland's popular sights, you’ll marvel at Godafoss Waterfall, enjoy the pretty town of Akuryeri, relax at the Lake Myvatn Nature Baths and hear first hand accounts of life during filming "beyond the wall".

You’ll see the area where the Night's Watch were attacked by the White Walkers, walk the land that Jon Snow, Ygritte and the Free Folk cross to reach the Wall and visit the cave where Jon Snow and Ygritte, well, got to know each other better.

6. Sail into King’s Landing in Croatia 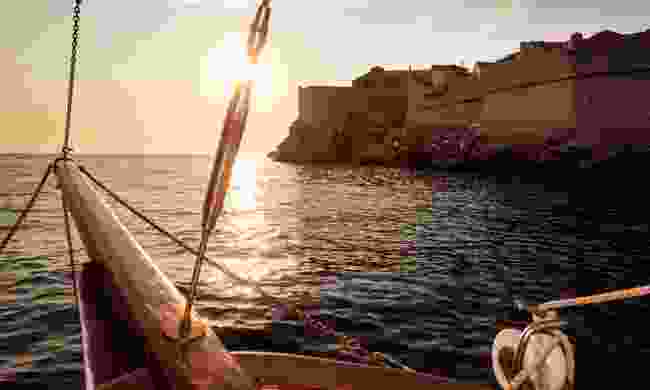 What better way to explore the east coast of Westeros, aka Croatia’s Dalmatian coast, than by sea, on board a private yacht, on this sailing adventure with Intrepid?

Finally, you’ll sail into King’s Landing (err, we mean Dubrovnik) - a truly unforgettable experience. Dubrovnik's old town was the capital of the Seven Kingdoms for five seasons, and around every corner are locations fans will recognise immediately. Scenes outside of Westeros were filmed here, too. Minčeta Tower also doubles as the House of the Undying, in Qarth.

7. Go in search of Dragonglass in northern Spain 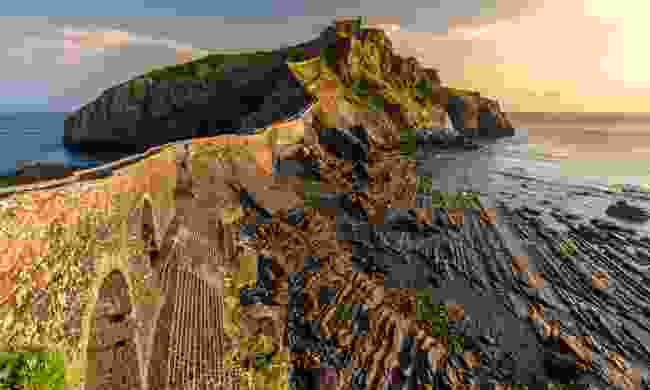 Your journey begins in Bilbao, home to the famous Guggenheim Museum, and the perfect base to explore the castles, beaches and dramatic coastlines of Dragonstone's filming locations, including Itzurun Beach in Zumaia with its dramatic 500-feet limestone cliffs that look like dragon scales and San Juan de Gaztelugatxe, a tiny monastery-topped island, linked by an ancient staircase.

Once you’ve got your Thrones fix, a whole world of charming seaside towns, majestic mountain landscapes and scenic walking trails await, as well as some of the best food in Spain. Try the local pixtos, the uniquely Basque version of tapas. You won’t be disappointed.