9 amazing floating attractions from around the world

From jostling floating markets in Thailand to islands made from reeds in Lake Titicaca, these incredible attractions are colourful, uplifting and gravity-defying … and guaranteed to float your boat... 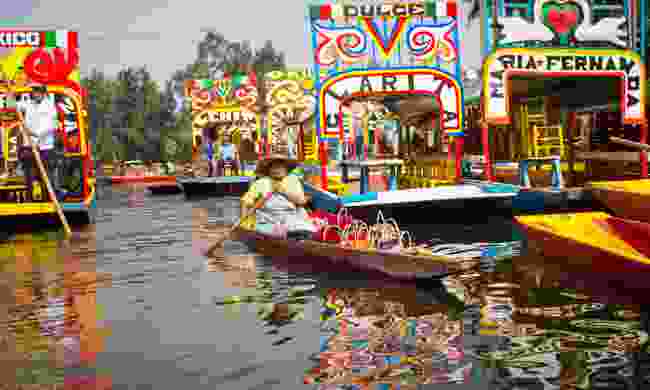 First built by the Aztecs, the floating gardens at Xochimilco were used to grow crops to feed the inhabitants of Tenochtitlan.

Just 17 miles south of Mexico City, the ancient manmade canals and islands are a popular outing for Mexicans and tourists alike, with colourful boats called trajineras plying the waters.

They cruise past the floating gardens that today grow flowers, often with a mariachi band providing onboard entertainment. 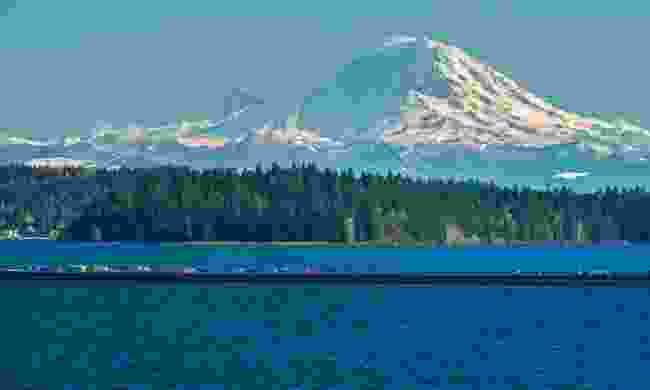 Seattle’s Evergreen Point Floating Bridge, part of the busy Interstate 90, is the longest floating bridge in the world.

It stretches for nearly one-and-a-half miles across Lake Washington, backed by the imposing majesty of Mount Rainier, and is an important link between the city and its eastern suburbs.

A shared bike path extends the length of the bridge, linking to other local trails. Riding across it is a must for every visitor. 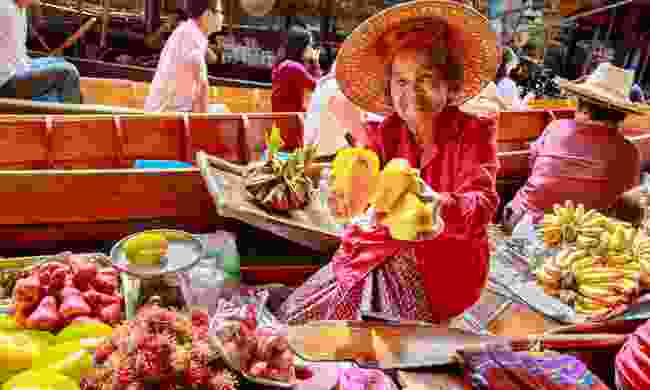 Situated 60 miles south of Bangkok, on a canal built by King Rama IV in 1866, Damnoen Saduak is the most popular floating market in Thailand.

These days, there are just as many boats carrying camera-totting tourists, but that just adds to the jostling chaos of these amazing markets.

The top 10 things to do in Thailand 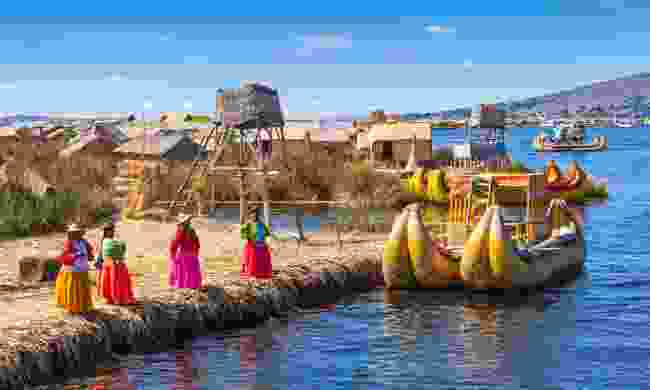 Built from living reeds and able to float around Lake Titicaca, the reeds islands of the Uros people are one of the most extraordinary – and popular – floating attractions on the planet.

The Uros have lived on the islands for centuries after the Incas pushed them from their lands.Today, they make their living from fishing and selling handicrafts made from reeds to tourists. 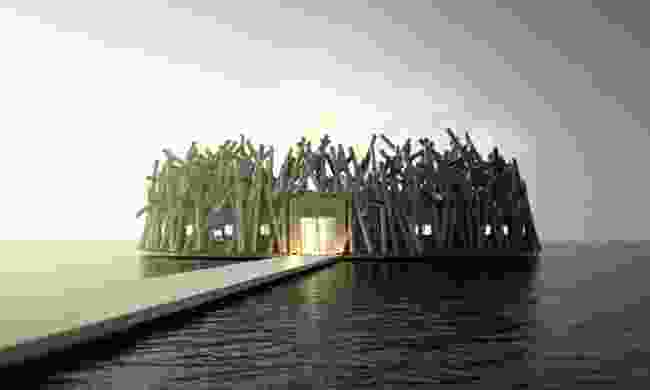 Artists impression of the Artic Bath in summer (Arcticbath.se)

Inspired by a log jam of floating timber, the Arctic Bath on the Lule River in Swedish Lapland is a floating open air bath and sauna set to open in 2019.

Its circular shape creates a protected environment for the bath in the centre, a great place to soak under the open Arctic skies. In the summer, visitors will be able to bath under the Midnight Sun, in winter under the Northern Lights. 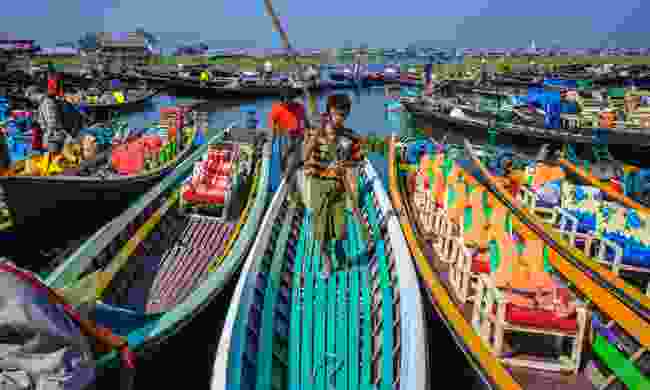 Less aimed at tourists than its Thai counterparts, the floating markets of Inle Lake in Myanmar sell the things that locals are more likely to need like tools, textiles and cheroots.

It moves to different sites around the lake  – mostly Nyaungshwe, Heho, Taunggyi, Mine Thauk and Shwenyaung – serving the various communities, but is all the more colourful and chaotic for it. 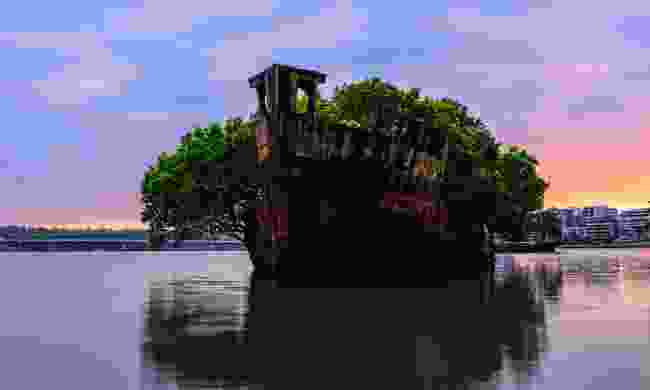 The abandoned SS Ayrfield is now a floating forest (Shutterstock)

Abandoned in Sydney’s Homebush Bay in 1972, the SS Ayrfield became a popular resting place for birds in a largely industrial part of Sydney Harbour.

Soon, nature took its course and vegetation began to sprout. By the time Homebush Bay was transformed into a protected nature reserve as part of a generation project for the 2000 Olympics, the ship was home to a veritable forest.

It is now a popular attraction in its own right and a popular stop on the trails that criss-cross the foreshore. 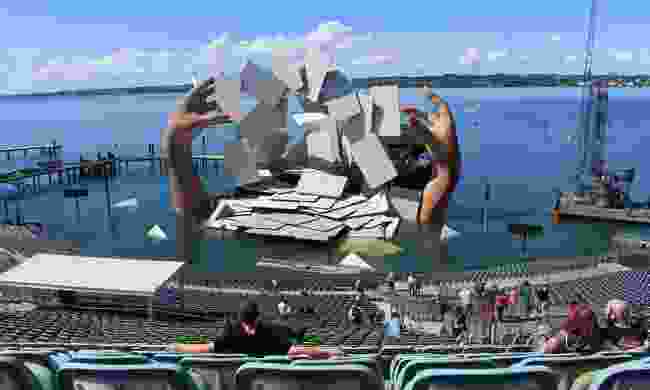 The Bregenz Floating Stage for a production of ‘Carmen’ (Shutterstock)

Rowed out onto Lake Constance ever summer as part of an annual opera festival, the Bregenz Floating Stage can sit an audience of around 7,000 people.

It is renowned for its dramatic sets, the revealing of which is met with great anticipation every year.

In 2012, the stage featured a 100ft bust of the French revolutionary, Marat. The 2008 production of Tosca featured a giant iris. Carmen was performed before a giant pair of hands holding playing cards.

Each year, the stage may be different, but you can always count on it being epic.

See what else you can do on Lake Constance 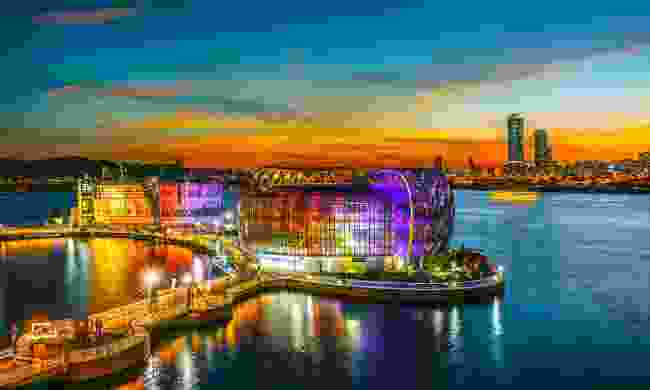 Sebitseom, a collection of artificial islands located on the Han river (Shutterstock)

A collection of four artificial islands on the Han River in Seoul, Sebitseom has become an important cultural focal point for the city. Each island has a different focus.

Gavit is an island of performing arts and features a performance hall and a moonlit trail. Chavit is the island of entertainment, Solvit is a water park, and Yevit is dedicated to modern media and electronic art.

Other quirky attractions around the world:

The world's 5 most stunning candlelit attractions

13 yellow places around the world you need to see