These premier wine-producing regions offer extraordinary landscapes, intriguing history and the best wines in the world. What more could a wine-loving traveller ask for? 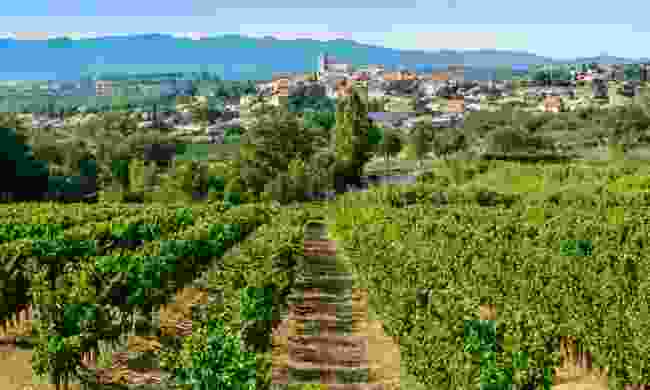 Languedoc-Roussillon (often called "the Languedoc") is a historic coastal region in southern France that's responsible for more than a third of France's total wine production. The peak growing season (between May and August) is very dry and the majority of annual rainfall occurs during the winter. In the Languedoc, the plains area is the hottest and most arid region of France.

It is also one of the most varied areas in the country. Stretching from the Mediterranean coast and the Pyrenees in the south to the Cevennes National Park in the north, it is a land of beaches, mountains and tranquil countryside. There are reminders of the region’s long and turbulent history everywhere.

On the coast, you’ll find big beaches, vast wetlands and intriguing cities, such as like Montpellier, with its well-preserved medieval quarter, and Nîmes, famous for its Roman ruins. Pont Du Gard aqueduct, one of the most spectacular Roman engineering achievements still standing in Europe, is here too. Inland sits the medieval fortified city of Carcassonne and the Cathar castles of Queribus and Peyrepertuse. To the north, the wild high country is a land of forests, caves and gorges, including Gorges du Tarn. 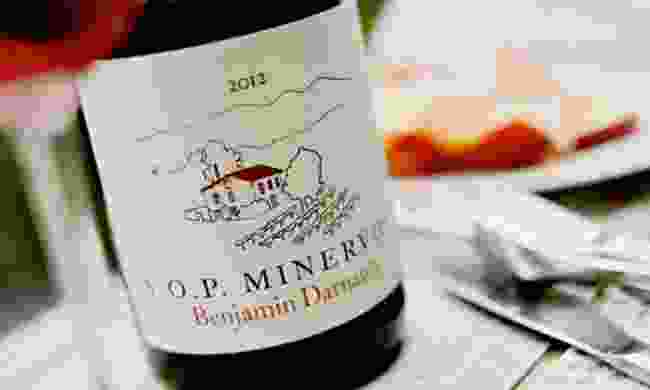 One To Try: Benjamin Darnault Minervois (2016). A smooth, dangerously quaffable classic, hand-selected from the best cuvees from the heart of the Minervois in the Languedoc. 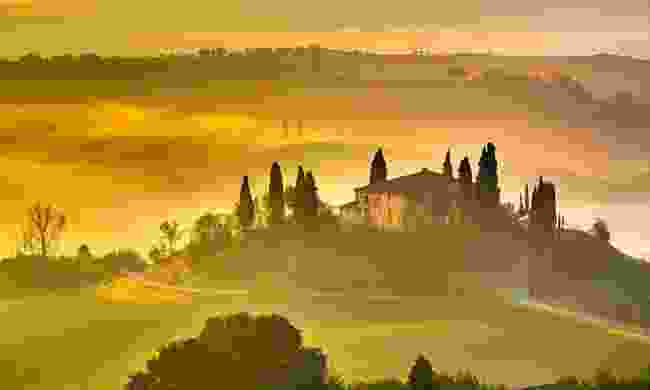 The Chianti area in Tuscany is one of the most beautiful in the region. It offers unique landscapes, with green, gentle (and not-so-gentle) hills covered with wide fields of vineyards, olive groves and small stone villages. As well as Chianti, Tuscany is also home to notable wine regions like Brunello di Montalcino and Vino Nobile di Montepulciano.

Perfectly situated in the centre of Italy, Tuscany encapsulates everything visitors love about the country. Florence is home to the most famous Renaissance art in the world, including Michelangelo’s David and Botticelli’s The Birth of Venus, both in the city’s Uffizi Gallery. The cities of Lucca and Siena are the epitome of Italian style, offering fine dining and graceful architecture within their sophisticated city walls. The Leaning Tower of Pisa and the Duomo Basilica are iconic architectural gems, instantly recognised around the world.

It is in the countryside, however, where Tuscany’s real charm lies. Exploring the rolling hills, braided with vineyards and topped by medieval stone towns, is an experience you will never forget, especially when it is experienced with a celebrated Tuscan wine in hand. 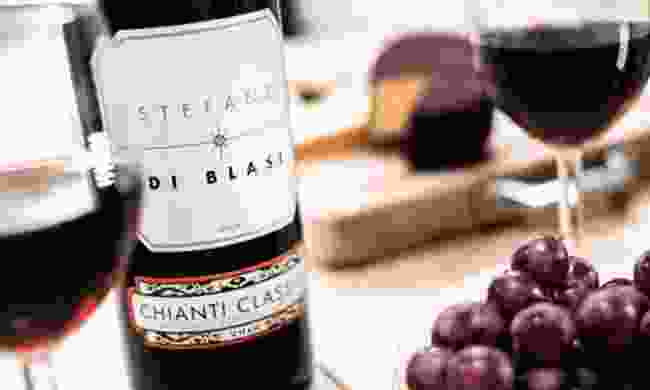 One To Try: Stefano di Blasi Chianti Classico (2014). Take one sip and you'll be transported directly to a balmy Tuscan evening. It has a wonderful tang of cherry fruit with a rustic, earthy finish. 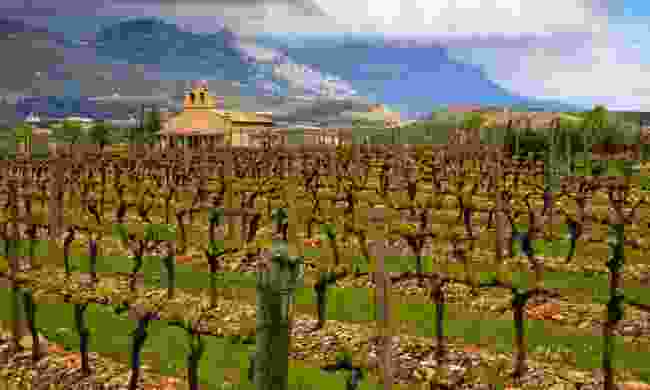 Wines from Rioja are as age-worthy as those from Bordeaux and Burgundy, yet it flies under the radar in comparison. Tempranillo is Rioja’s main grape and most wines are blended with smaller amounts of Garnache, Graciano and Mazuelo grape

The Rioja region is similarly underrated. Huddled around the Ebro River Valley, it has remained largely untouched. For now, you’ll get the patchwork of walled medieval villages, endless vineyards and olive groves, and big, blue skies pretty much to yourself.

The region is divided into three parts, each with its own distinct personality. Rioja Alta is where you’ll find the oldest vineyards and the town of Haro, famous for its messy wine festival. Rioja Alavesa is part of the Spanish Basque country, best experienced in the pretty hamlets of Laguardia and Samaniego. Rioja Baja in the south east is a vast, arid region that's home to the largest dinosaur footprints in Europe. 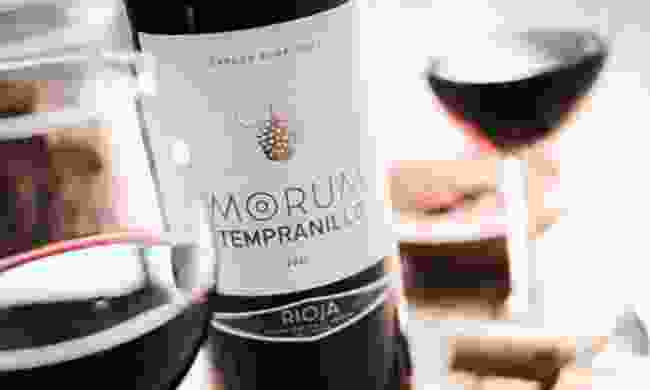 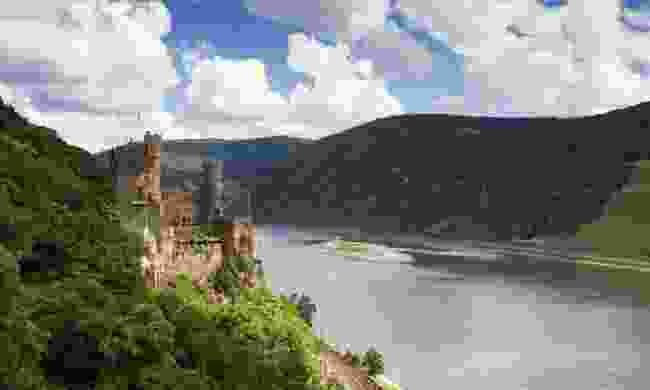 Rhineland Pfalz is the second largest German wine region (defined by growing area) and is located in central south-west Germany, with idyllic river landscapes cutting through mountainous countryside. Pinot Gris has been grown in the Pfalz region for some time. It can be just as complex and the finest examples are quite challenging to make.

Tucked away along the borders of France, Belgium and Luxembourg, Rhineland Pfalz is a region renowned for its rugged beauty. Nestled within the Moselle and Rhine valleys, it has become a popular place to cycle and trek with Germans and international visitors alike.

The Rhine Gorge, particularly the 65km section between Koblenz and Bingen, is a good place to start exploring. Hikers will want to head to Westerwald and try the new Westerwald-Steig long-distance path there. Koblenz, set on the confluence of the Rhine and Moselle Rivers, is home to numerous churches and museums and a spectacular annual fireworks display. Worms hosts Backfischfes, an annual wine festival and fair. 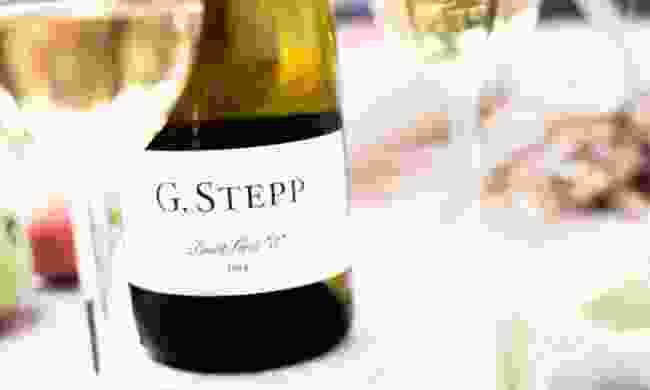 One To Try: Stepp Pinot Gris (2015). Stepp Pinot Gris is something pretty special. It has succulent ripe fruity flavours of apple, melon and pear with a rich textural quality and a fresh, crisp finish. 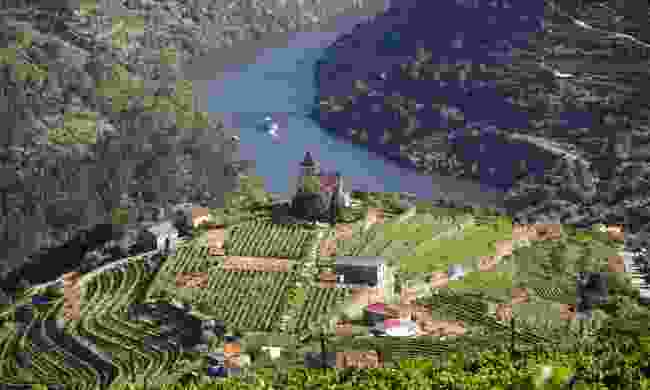 Douro is a Portuguese wine region centred on the Douro River east (up river) of Porto. The region is sheltered from Atlantic winds by mountains and has a Mediterranean climate. While the region is associated primarily with Port wine production, the Douro produces just as much table wine (non-fortified wines) as it does fortified wine. The non-fortified wines are typically referred to as 'Douro wines'.

The river is the centrepiece of the region, cutting its way through the valley and offering up spectacular viewpoints along the way. Travelling here is half the fun. River cruises ply the waterways, stopping at quaint villages and offering ample opportunity to sample the local wares. For a real adventure, try the creaky old train from Porto’s Sao Bento station to the village of Pinhao. The station is decorated with ancient tiles dedicated to the cultivation of vines.

It’s not all about the wine in the Duoro Valley. The region is also home to Lamego, one of the most beautiful cities in Northern Portugal, and the Vale do Coa Archaeological Park, an open-air Paleolithic site famous for its prehistoric rock art. Finally, at the point where the river marks the border between Spain and Portugal, you’ll find the International Douro Natural Park, a popular place for hiking and climbing along the tall escarpment. 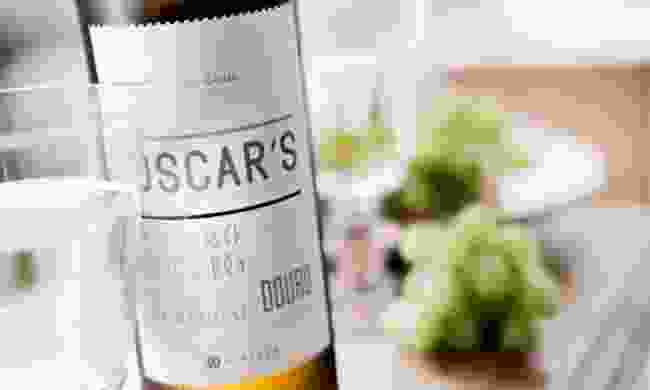 One To Try: Oscar’s White (2016). Oscar has made the most of his surroundings, creating a Douro white that is packed with rich and intense lemon and vibrant ripe pear flavours, with a crisp and clean finish. 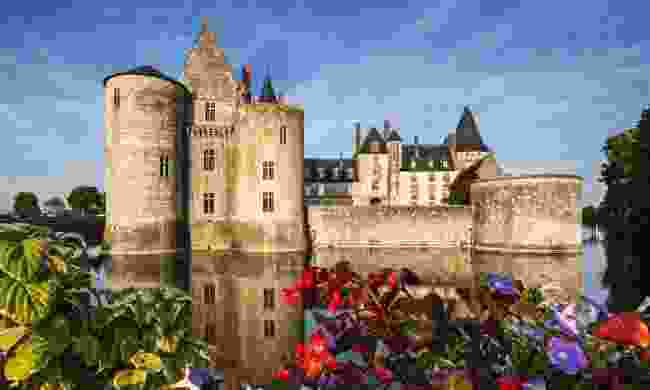 Chateau of the Loire Valley (Dreamstime)

The Loire Valley is located in the middle stretch of the Loire River in central France. It's known as the 'Garden of France' due to the abundance of vineyards, orchards and asparagus fields that line the banks of the river. The climate is favourable most of the year, the river often acting as a line of demarcation in France's weather between the northern climate and the southern. Summers are hot but influences from the Atlantic moderate the temperature with breezes.

Marking the border between north and south, and only a short hop from Paris, the Loire Valley has always been of great strategic importance. French royalty traditionally built their homes here. Hundreds of châteaux and palaces line the river, while castles top the limestone hills. Cities like Orleans and Tours grew and prospered on the back of the produce of the region’s fertile valleys.

The best way to explore the valley and its countless charms is by bike. The Loire à Vélo cycling route travels 800km from Nevers in the centre of France to the Loire estuary. The Les Châteaux à Vélo meanders through the forests around Blois, Chaumont and Chambord. There are other cycleways along the Loire's tributaries including the Indre, Cher and Vienne. As you’d expect, a friendly winery is never far away. 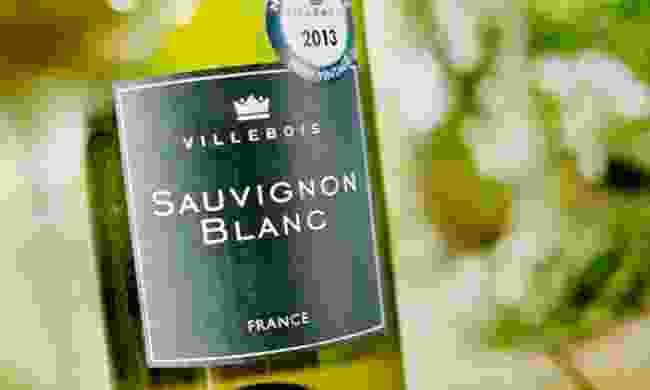 P.S. With Wanderlust, you get £60 off your first Naked Wines order...