7 great British roads you must explore

Steeped in history and travelling through some of the most beautiful parts of the country, these great British roads with take you on a journey through lush landscapes, history and engineering marvels... 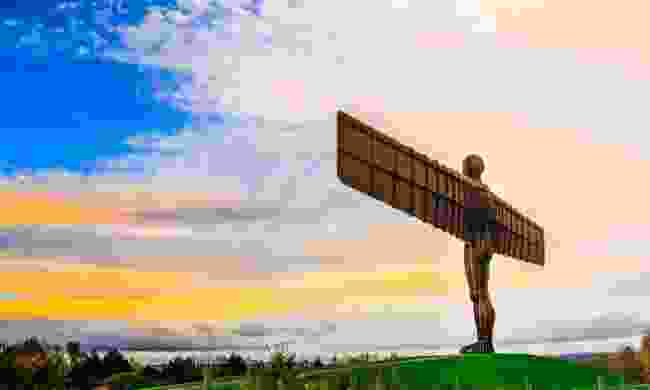 To drive the A1 is to take a trip through Britain’s history. Once known as The Great North Road, it connects Edinburgh to London.

It's rich with travellers’ tales of heading south to find their fame and fortune in the bright lights of the capital.  In the 17th century, the Great North Road became the first turnpike (toll) road in the country.

A Roman road forms the basis of this historic route, and parts of the A1 still follow the line of that ancient road known as Ermine Street. The road’s most famous staging post, from Roman times, through Georgian times and into the present day, is perhaps Scotch Corner.

2. A5: An engineering marvel 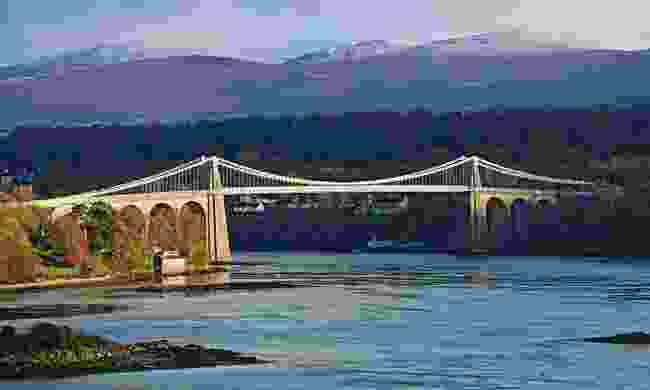 The Menai Suspension Bridge and Mountains from A5 Layby, Anglesey (Shutterstock)

Follow the course of the A5 through Milton Keynes, and you will spot a vertical in the town’s grid-style road system called Watling Street.

This takes its name from the old Roman Road which ran west out of London, and which much of the A5 still follows. In 1800, the Act of Union created an urgency for a faster connection between London and Dublin.

Thomas Telford got the job of rebuilding the old London to Holyhead road for this purpose, and the Welsh section of the A5 now contains many of his engineering glories, including the famous Menai Suspension Bridge. 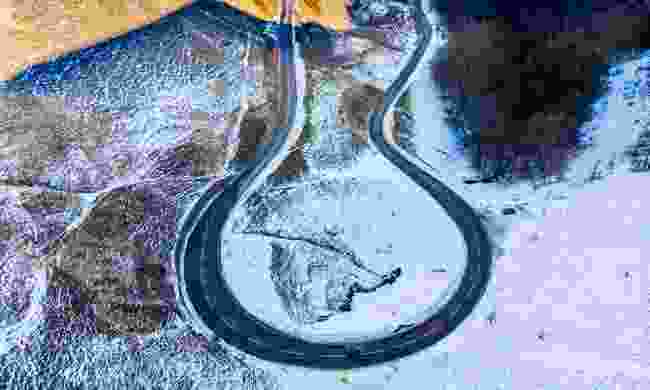 The Brecon Beacons in winter (Shutterstock)

No other single road in Wales offers such an incredible cross-section of this beautiful country as the A470.

From Llandudno in the north, to Cardiff in the south, this route takes you through the mountains of Snowdonia, the Cambrian Mountains, the Severn and Wye valleys, the Brecon Beacons and finally through the South Wales coalfields.

On this route don’t miss Gwydir Forest Park, the summit of the Crimson Pass, the lovely Ffestiniog Railway, the market town of Dolgellau, the cathedral city of Brecon, and views of the Black Mountains as you drive through the Wye Valley. 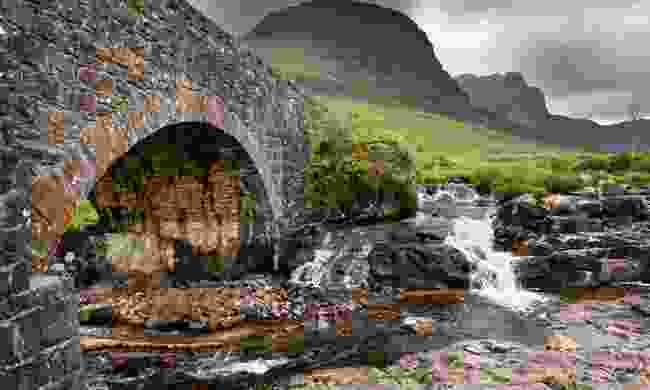 Bealach na Bà, or the ‘Pass of the Cattle’ is an ancient drover’s route, and still the only road to the Scottish village of Applecross, unless you follow the winding coastal road from Shieldaig around the peninsula.

Built in 1822, it looks as if it belongs in the Alps: a single-track road winding around hairpin bends. Until the 1950s, parts of the road were still gravel and impassable during bad weather.

It remains one of Britain’s steepest roads and a sign warns drivers: ‘This road rises to a height of 2,053ft with gradients of one in five and hairpin bends’.

It’s well worth the drive, though. Sit in the Applecross Inn when you arrive and enjoy views out across the Applecross Bay to the Isles of Raasay and Skye. 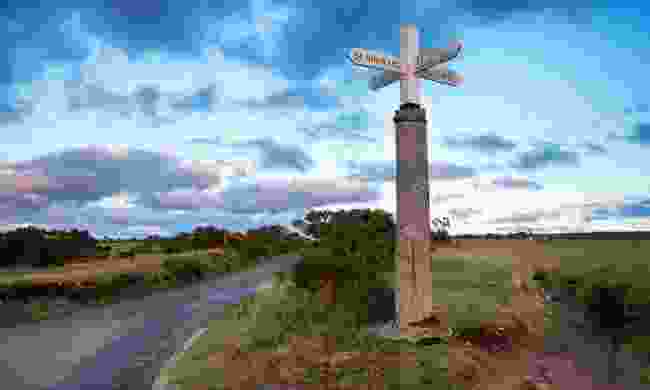 A signpost on Bodmin Moor in Cornwall (Shutterstock)

Following the north Cornwall and Devon coast, the 70-mile section of the A39 that runs from Fraddon in Cornwall to Barnstaple in North Devon is brown-signed ‘The Atlantic Highway’.

The branding of this route from the 1990s was designed to promote the region to tourists, taking us to some of the most popular surfing beaches in northern Cornwall.

If you want to stay along the route, consider Camelford, which lies on the edge of Bodmin Moor and roughly halfway between Bude and Newquay. The villages of Boscastle and Tintagel are also in easy reach. 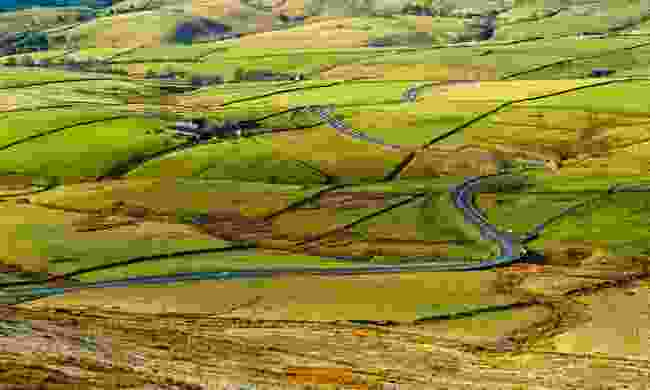 The A537 viewed from Shining Tor (Shutterstock)

Running between Macclesfield and Buxton in the Peak District, the A537 gets its more popular name from the Cat and Fiddle Inn, that has sat at its summit since opening in 1813.

Outside, it has an OS elevation marker showing it to be 515m (1,689ft) above sea level, making it the second highest pub in Britain.

Stop along this twisty road with its dry-stone wall edging and you can take in incredible views of Greater Manchester, the Cheshire plain and the Peak District National Park. It joins the B5470 and A5004 to form a triangle, perfect for bikers and motorists looking for a technical challenge. 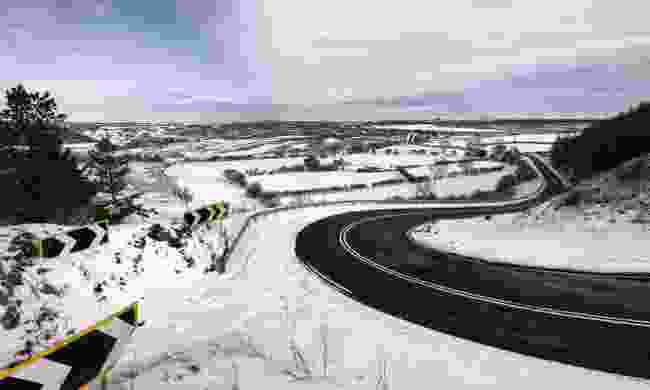 The A169 runs from the edge of the Yorkshire Wolds at Pickering and across North York Moors National Park.

An enormous dip in the landscape can be seen to the west, known as the Hole of Horcum, allegedly made by a giant called Wade, who picked up a clump of earth (now known as Blakey Topping) and threw it at his wife.

Until recently, a deserted inn stood opposite, a favourite haunt of smugglers bringing salt across the moors from Whitby and Robin Hood’s Bay to avoid the salt tax.

Running close by for nearly 15 miles is the North York Moors Railway, which was designed by George Stephenson and opened in 1836, improving trade routes with the seaport of Whitby. 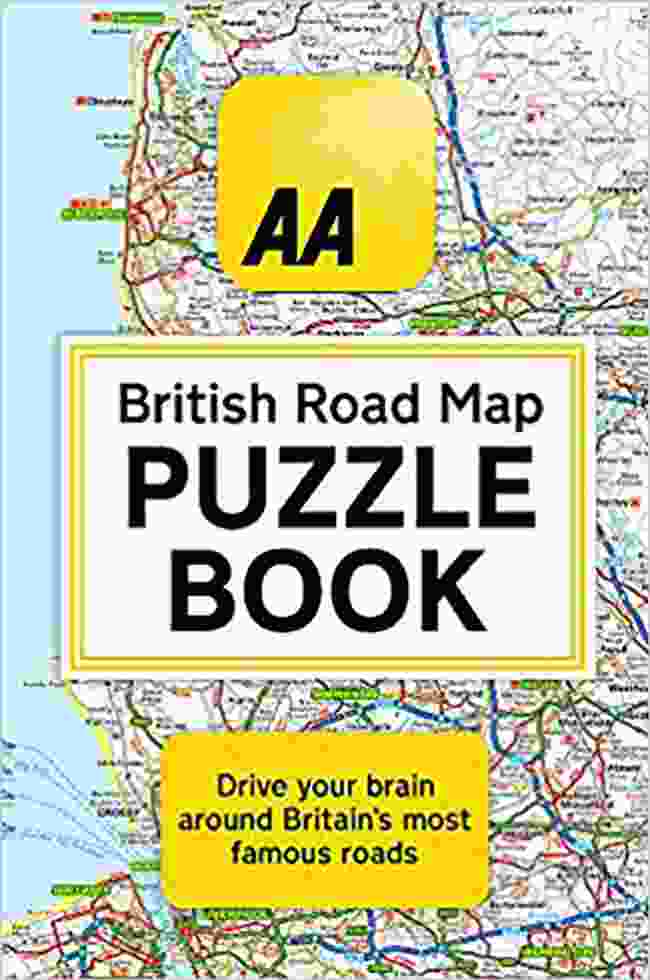 Helen Brocklehurst is the author of The AA British Road Map Puzzle Book. Published by Sphere, you can order your copy on Amazon now.

5 of the best road trips in Scotland

How to drive Ireland’s Ancient East coast in 3 days