From a statue of Queen Victoria’s dog that asks you for money to a replica of Japan’s most famous pooch, these bronze canines are monuments to loyalty, service and affection. And how much we love them 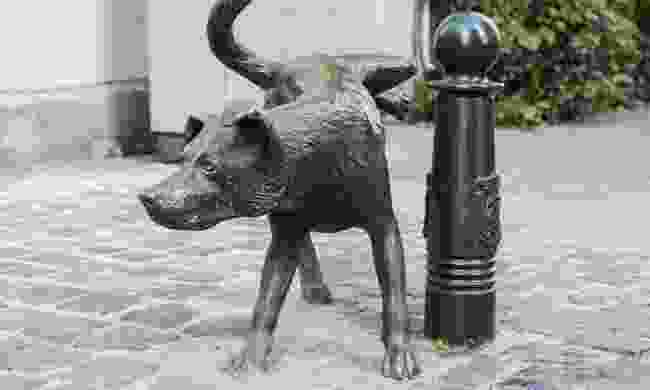 This statute of a dog urinating against a bollard on the streets of Brussels was created by sculptor Tom Frantzen as a cheeky riposte to the city’s most famous under-age urinator, the Manneken Pis.

While the urinating boy was created by Hiëronymus Duquesnoy the Elder and first seen in Brussels in the early 17th century, Het Zinneke (or Zinneke Pis as the locals call it) was unveiled in 1998. In 2015, like many dogs, it was hit by a car, but being of a more sturdy disposition, it was quickly repaired by the man who made it. 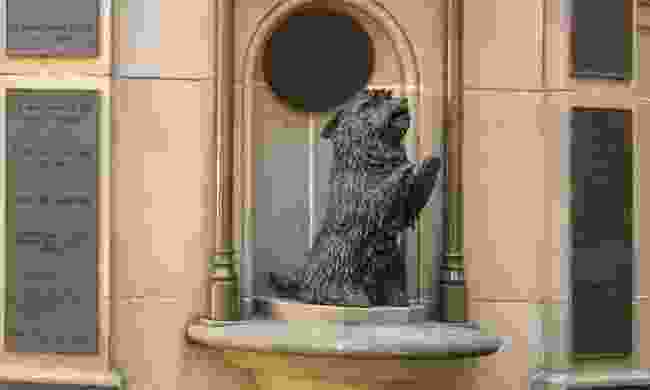 Isley begging outside the Queen Victoria Building in Sydney (Dreamstime)

Just outside Sydney’s iconic Queen Victoria building, you’ll find a small bronze terrier, begging. It’s a replica of Queen Victoria’s favourite dog, a Skye terrier that met an unfortunate end when he lost a fight with a cat.

Bronze Islay, fortunately, is made of sterner stuff, and further more, has the ability to talk. His vocabulary is limited to a brief introduction and a rather direct request for money, voiced by local veteran radio personality, John Laws. But all the money thrown into the wishing well he guards goes to the benefit of deaf and blind children. 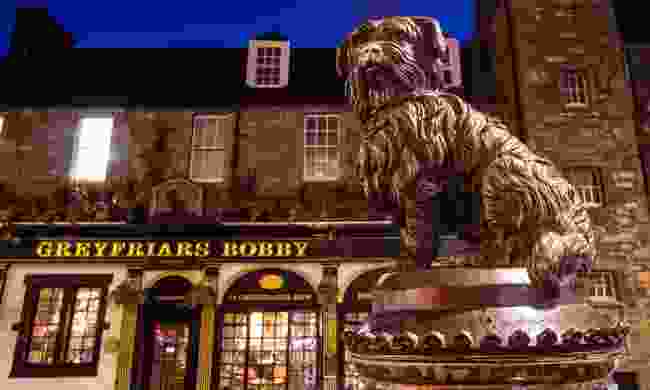 Another dog renowned for his incredible loyalty, Greyfriars Bobby was a Skye Terrier who famously guarded the grave of his owner for 14 years until he too passed away in 1872. An English philanthropist, Lady Burdett-Coutts was so touched by the story that she had a drinking fountain, topped by a statue of Bobby, built opposite the entrance to the churchyard to commemorate him.

Crafted by sculptor William Brodie, the statue is one of most popular tourist attractions in Edinburgh, spawning a bar named after the dog, just across the cobbles in a row of Georgian houses adjoining the historic Candlemakers' Hall. Your fellow drinkers may try to tell you that the tale was spun by the graveyard’s curator as a way to attract tourists, but facts should never be allowed to get in the way of such a great story. 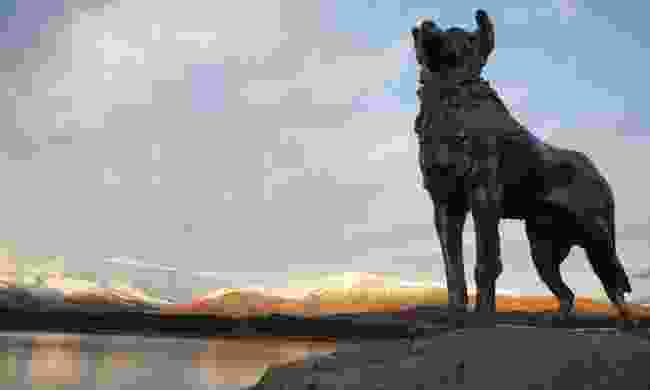 Kiwis love their collies. The dogs are a mainstay of the country’s vitally important sheep industry, and between 1977 and 1992, a program featuring sheepdog trails, A Dog’s Show, was the most popular show on New Zealand TV.

Set on a plinth, looking over Lake Tekapo in the century of the south island, the statue was commissioned by local residents to recognise how indispensable the dogs were to their livelihood. Sculptor Innes Elliott modelled the statue on his neighbour’s dog, Haig, and it was cast in London in 1966. 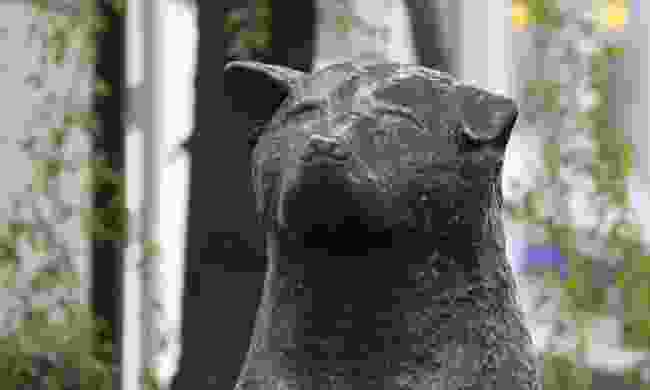 Everyone in Japan knows the story of Hachiko. The golden brown Akita was a model of loyalty, waiting patiently each day at Shibuya Station for his master, returning from his work as a professor at the University of Tokyo. They continued this routine for two years until one day his owner did not return. The professor had died of a cerebral haemorrhage at work.

The extraordinary part of the story is that Hachiko continued to return to the same spot for over nine years, waiting patiently for his master until he too died. Hachiko became something of a celebrity, a perfect example of loyalty and fidelity, and was lionised in movies, books and manga and, of course, by a statue on the very spot he had waited all those years.

6: Dog on the Tucker Box, 5 miles from Gundegai, Australia 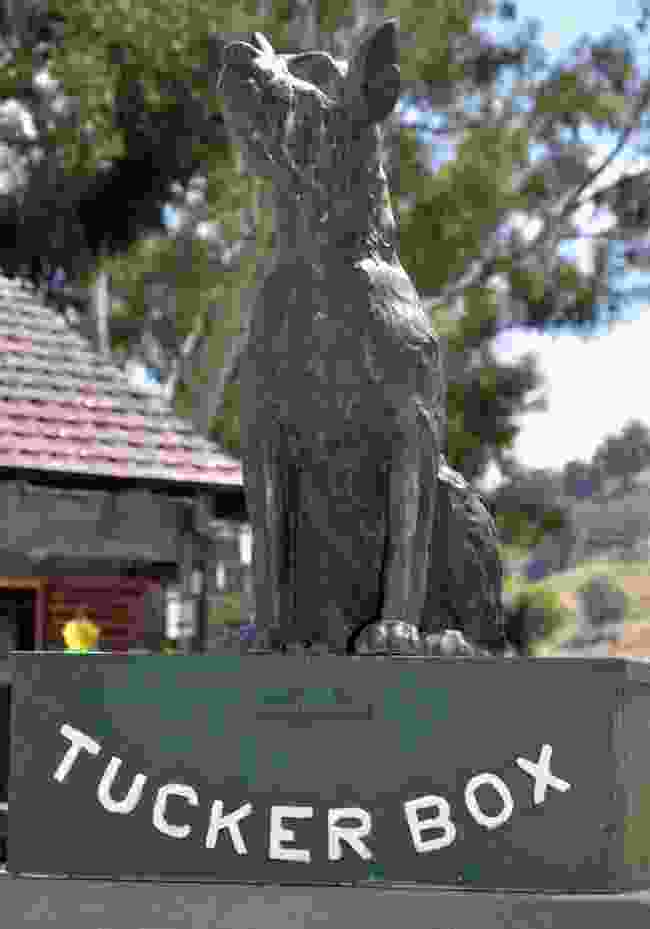 Dog on the Tucker Box (Dreamstime)

The famous Australia song claims there’s a dog sitting on a tucker box 5 miles from Gundagai, a rural town in NSW on the highway between Sydney and Melbourne. The reality, however, is that you’ll find it after only 4.47 miles (or 7.2 kilometres in metric Australia.) Cast in bronze by Oliver's Foundry in Sydney and sitting on a tucker bod (food store) made by local sculptor Frank Rusconi, it has been a popular tourist attraction since it was unveiled in 1932.

The statue replaced a more rudimentary version of a dog, hoisted up a pole, and was unveiled by the Prime Minister of the day, Joseph Lyons. An annual Dog on the Tuckerbox festival has been held annually since 1992 and all money thrown into the adjacent wishing well goes the local local hospital in Gundagai. 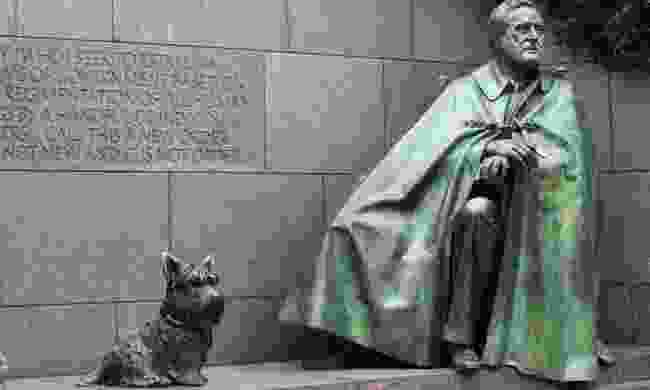 When the Obama’s got a pet dog during their stay in the White House, they were simply following a tradition of ‘First Dogs’ set in place by presidents past. The most famous was Fala, a Scottish terrier, owned by President Franklin Roosevelt.

Fala is arguably the most famous of presidential pets. He was taken everywhere by the President Roosevelt and became an integral part of the president’s image. It should come as no surprise then that the Franklin Delano Roosevelt Museum in Washington, DC, features an additional statue of the 32nd President’s loyal companion, sitting as always, at the feet of his master.