10 of the best dog-friendly beaches in Europe

26 August marks World Dog Day – so what better way to treat your best friend than with a waggy-tailed romp on these beautiful beaches in Croatia, Spain, Italy and beyond? 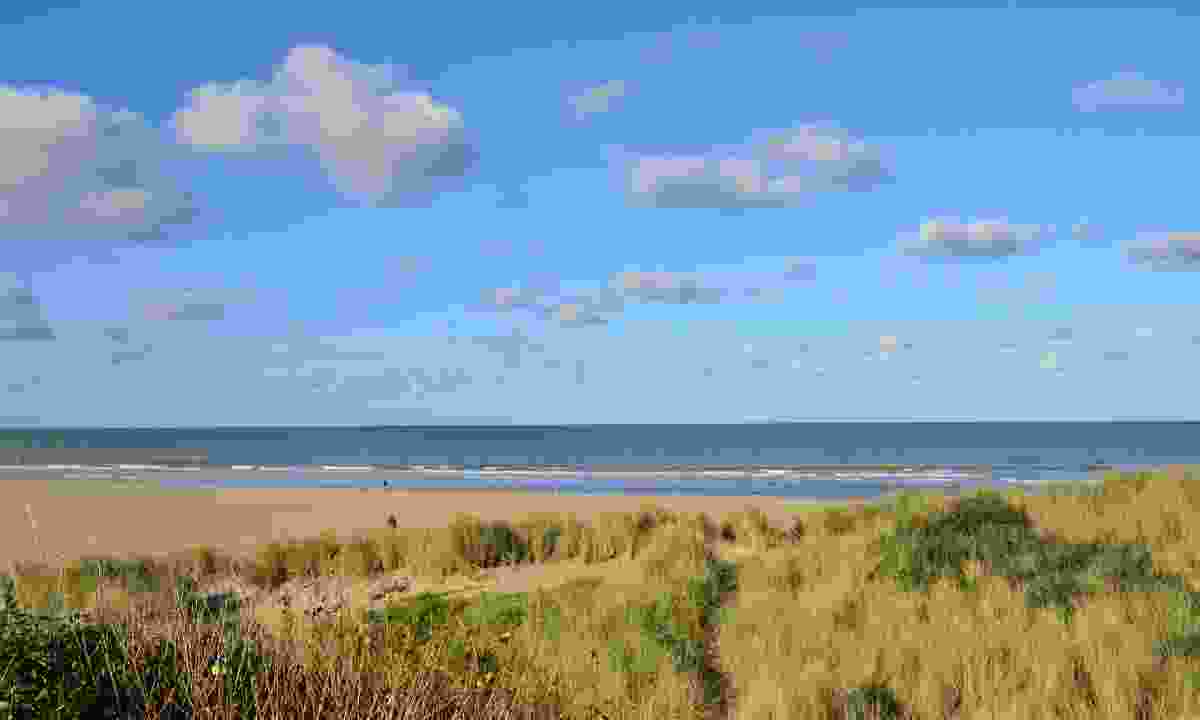 With a seven-kilometre stretch of beach backed by colourful huts, chic Belle Époque architecture and pine forest, Le Touquet in northern France boasts an uninterrupted stretch of sand that both you and your dog have been dreaming of.

Dogs are allowed to explore the beach lead-free, and there are plenty of opportunities to sample the local speciality of moules-frites in dog-friendly cafés and restaurants.

Just keep an eye out for the ‘sand yachts’ that race along this vast sandy highway too. 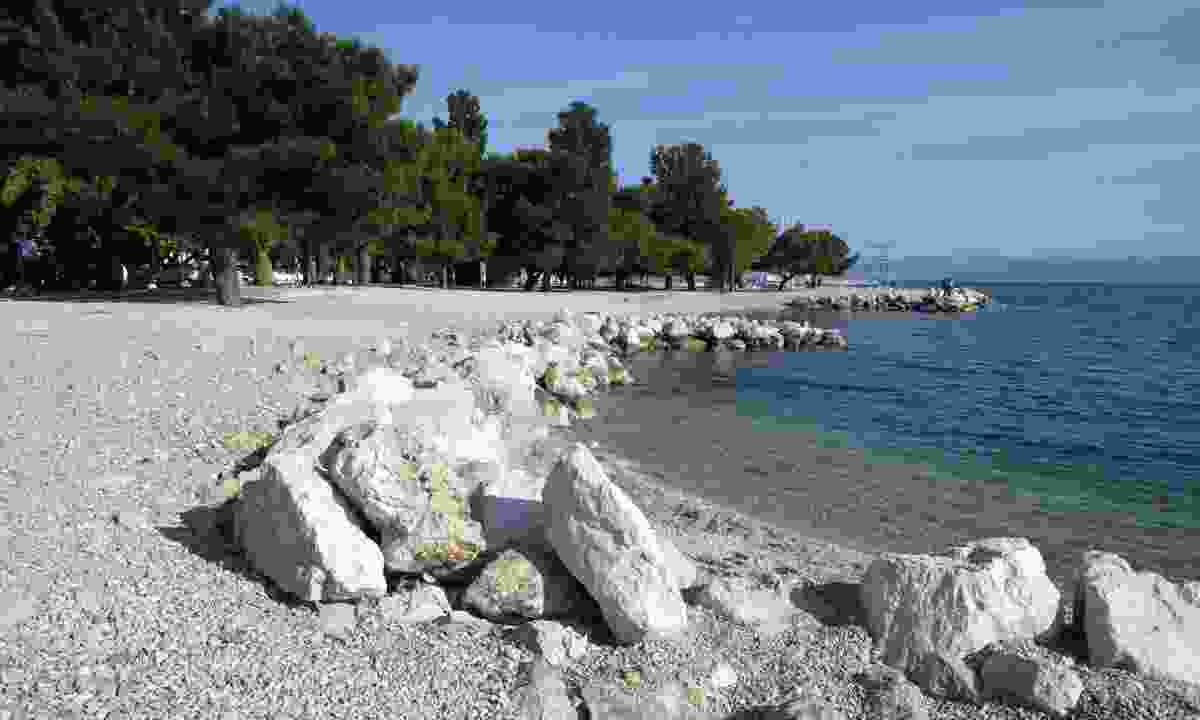 Billed as Croatia’s first ‘dog-friendly’ beach, Crikvenica is a haven for man's best friend. There's a spot for both owner and pup to cool off in the shade under a beach umbrella, or make a splash in the ocean's waves.

Look out for Monty’s Beach Bar, a lively establishment that welcomes both humans and canines. As well as offering ice cream for dogs, they have developed a special beer for them called Snuffle. It’s non-alcoholic, of course, and is made from beef or chicken and malt barley extracts, which might be just the fix on a scorching Adriatic afternoon.

Crikvenica will be a welcome treat for your pet, as most Croatian beaches prohibit dogs. However, due to a recent demand of people wishing to walk their pooch on the sand, more beaches in Croatia are opening designated dog sections. If you’re unsure, just look out for the blue sign with a picture of a dog on it. 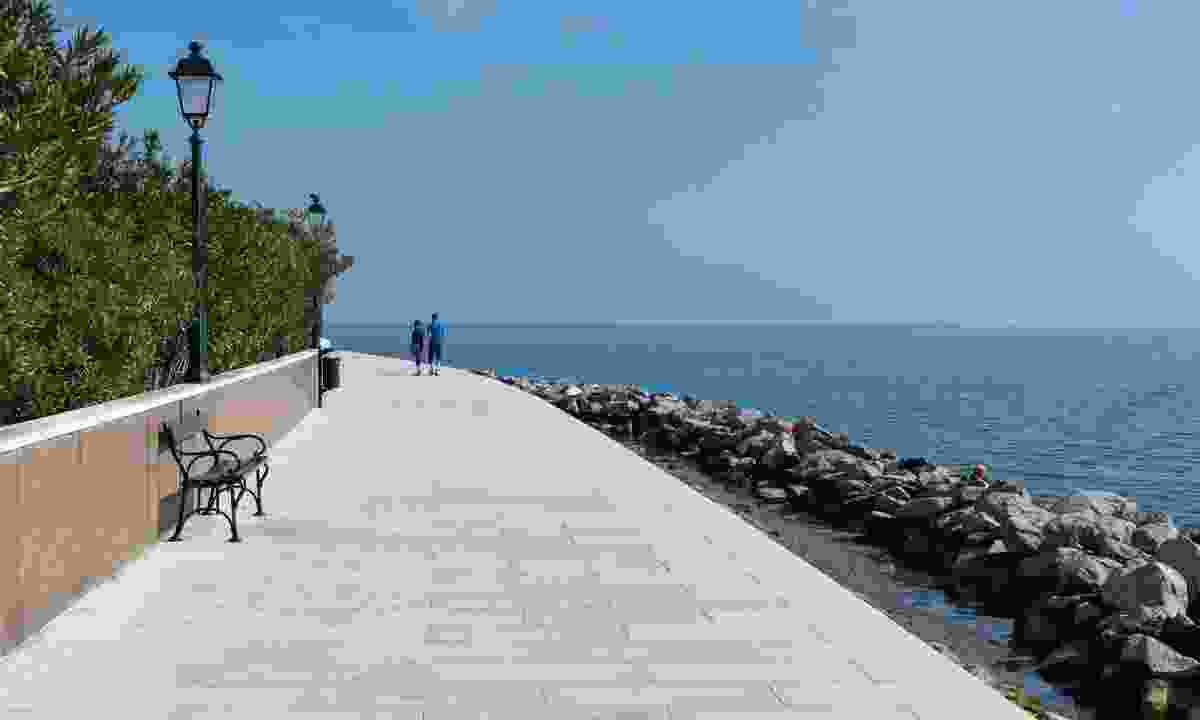 As its name suggests, Lido di Fido is Italy’s premiere canine spiaggia, providing all the necessities – from beach umbrella and deck chair, to a leash holder and water bowls for dogs, as well as a spacious parking area.

Just make sure your pooch is wearing his or her most modish accessories (this is Italy, after all), and check the rules before you go to ensure you're both beach ready. 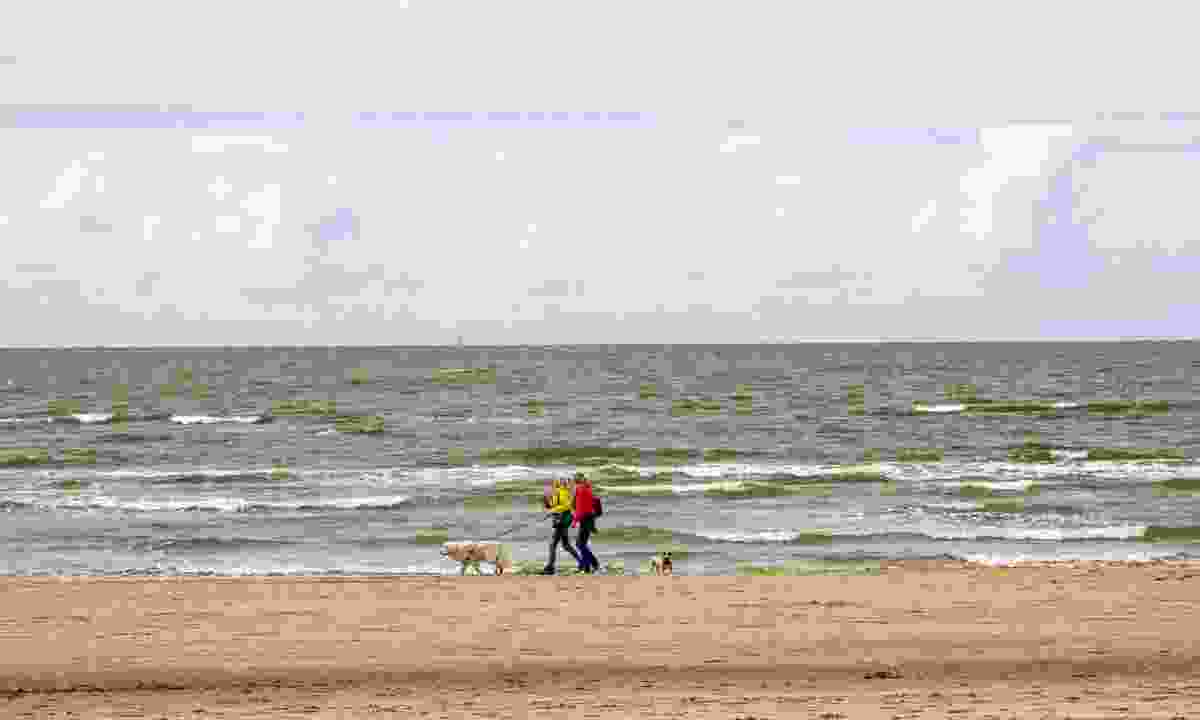 Walking with dogs along Noordwijk beach in The Netherlands (Dreamstime)

Voted as one of the best beaches in the world, Noordwijk – on the North Sea coast – is a truly beautiful place to take your dog for a stroll, with an invigorating blend of sand, dunes and dog-friendly eateries.

The local authority also produces a guide to local dog walking routes to ensure you and your mutt enjoy all that the town has to offer.

Visit in spring for an added treat when Noordwijk is surrounded by tulip fields, and transforms into a mosaic of colour during the blooming season. It is known as the Floral Seaside Resort for its exuberant spring celebrations. 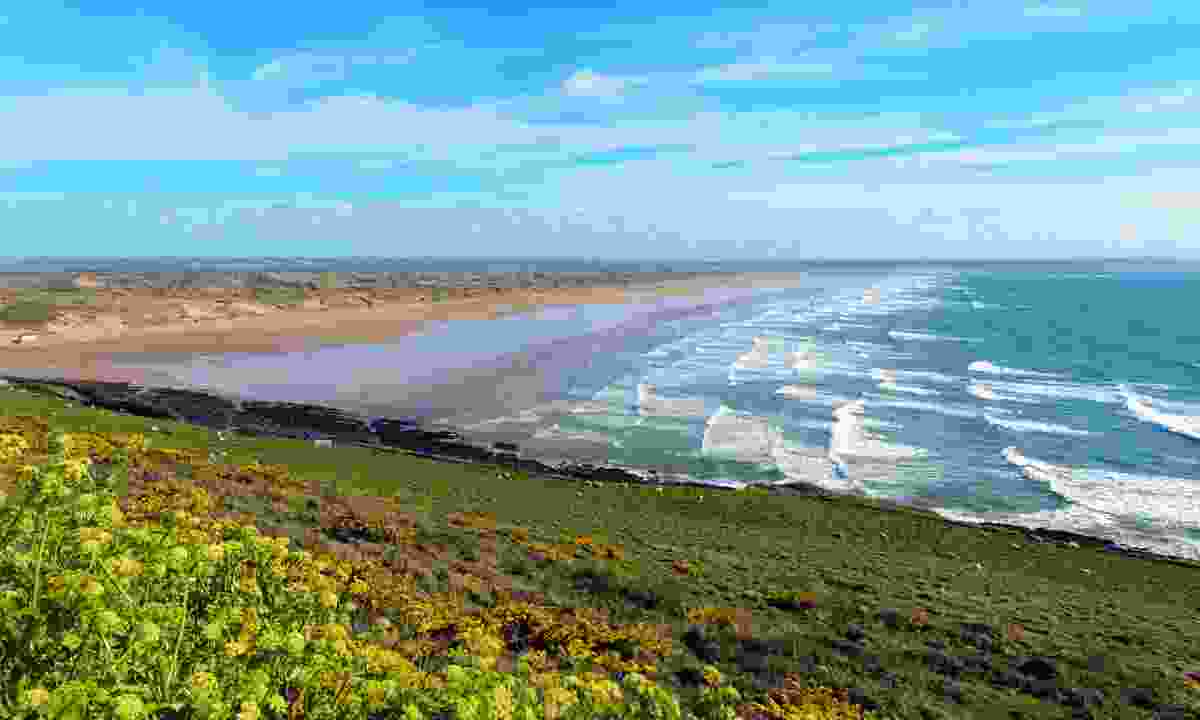 Backed by England’s largest collection of sand dunes, Saunton Beach offers endless opportunities for bounding and galavanting both in the water and out.

Located between Braunton and Croyde, Saunton Beach cements its dog-friendly credentials every year with ‘Paws on the Beach’. Billed as ‘Devon’s dog event of the year’, it is a fun celebration for pooches and owners alike. Although the event is taking a break this year, it's scheduled to return in May 2019. 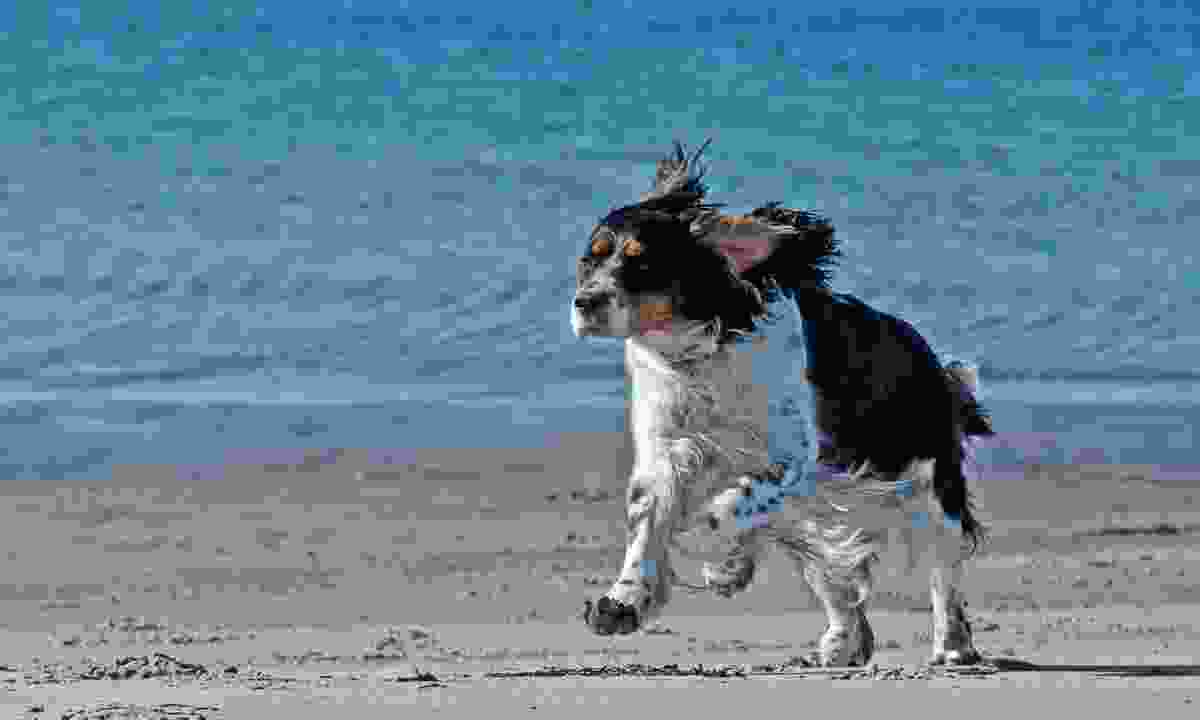 A cocker spaniel runs along a beach in Sweden (Dreamstime)

A beautiful white sand beach in southern Sweden, close to the dog-friendly Skateholm campsite, this stretch of sand offers your dog the chance to frolic in the chilly Baltic Sea.

Who knows what your dog will make of the local delicacy of pickled herrings? And if you visit the local Mesolithic settlement, you might want to keep your pup on a lead: the authorities aren't fond of dogs digging up 6,000-year-old bones... 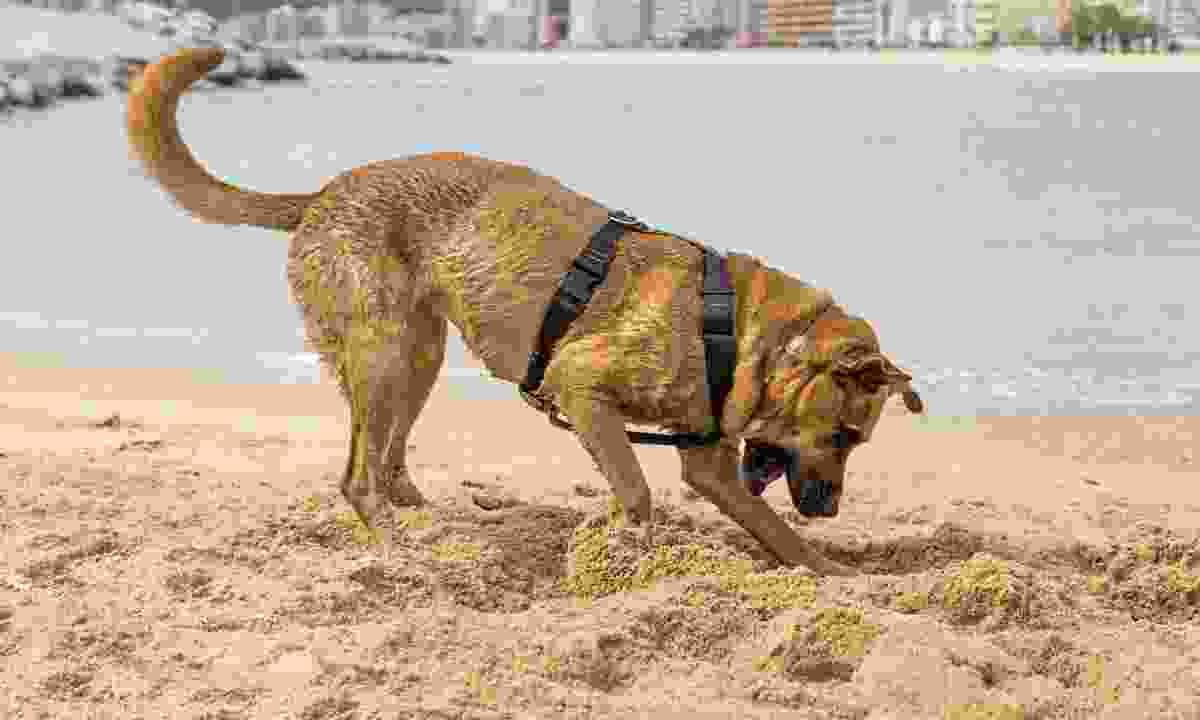 A dog playing near the water, Barcelona (Dreamstime)

Although dogs are banned from most of Barcelona’s busy shoreline, you can take your pup to the end of Llevant beach. Following a pilot scheme over the last few summers, Barcelona have decided to allow dogs on the small section of the beach during high season.

There are dog urinals, drinking fountains and doggie showers, and while it can only host a maximum of 100 dogs at any one time there are hopes that the area will be expanded. Get there now and help Barcelona’s barking beach revolution. 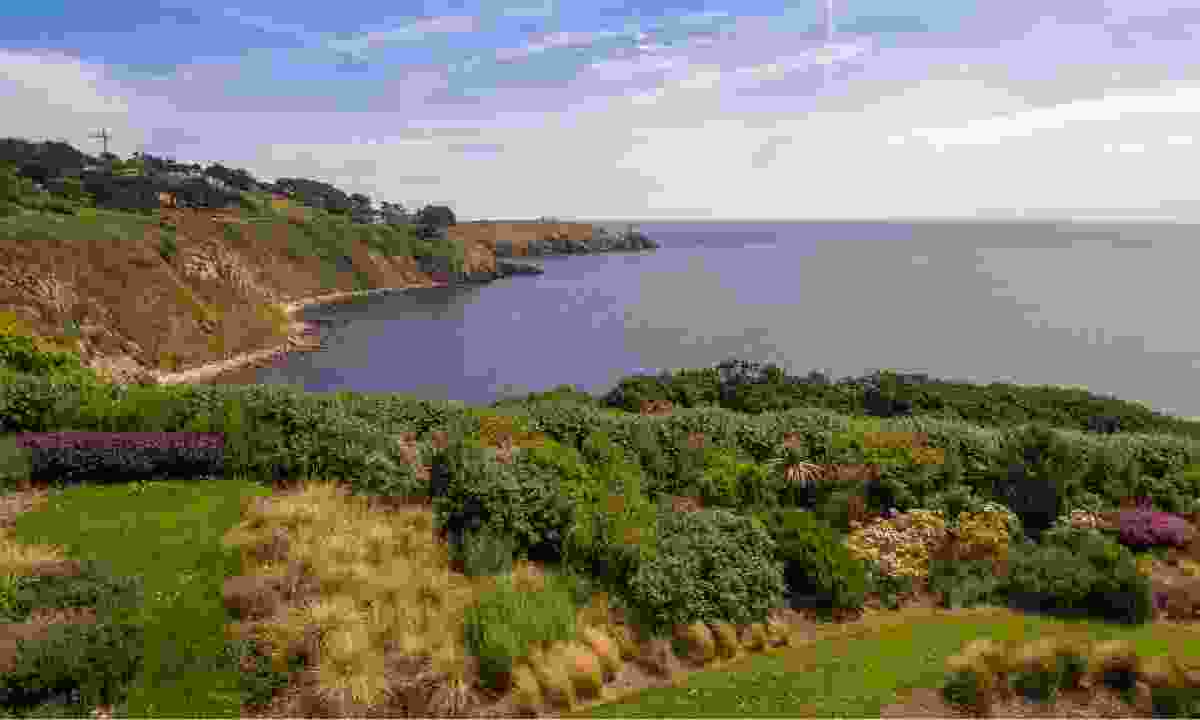 Otherwise known as the 'Hole in the Wall', Burrow Beach offers an idyllic spot for dog-lovers to escape the city without having to go too far.

The near mile-long stretch of sand connects Howth Head to the mainland, with undulating sand dunes next to the wave-crashing Irish Sea. Burrow Beach offers the perfect spot to soothe the soul with a good sea walk – no wonder it was awarded the Green Coast Award for 2018. 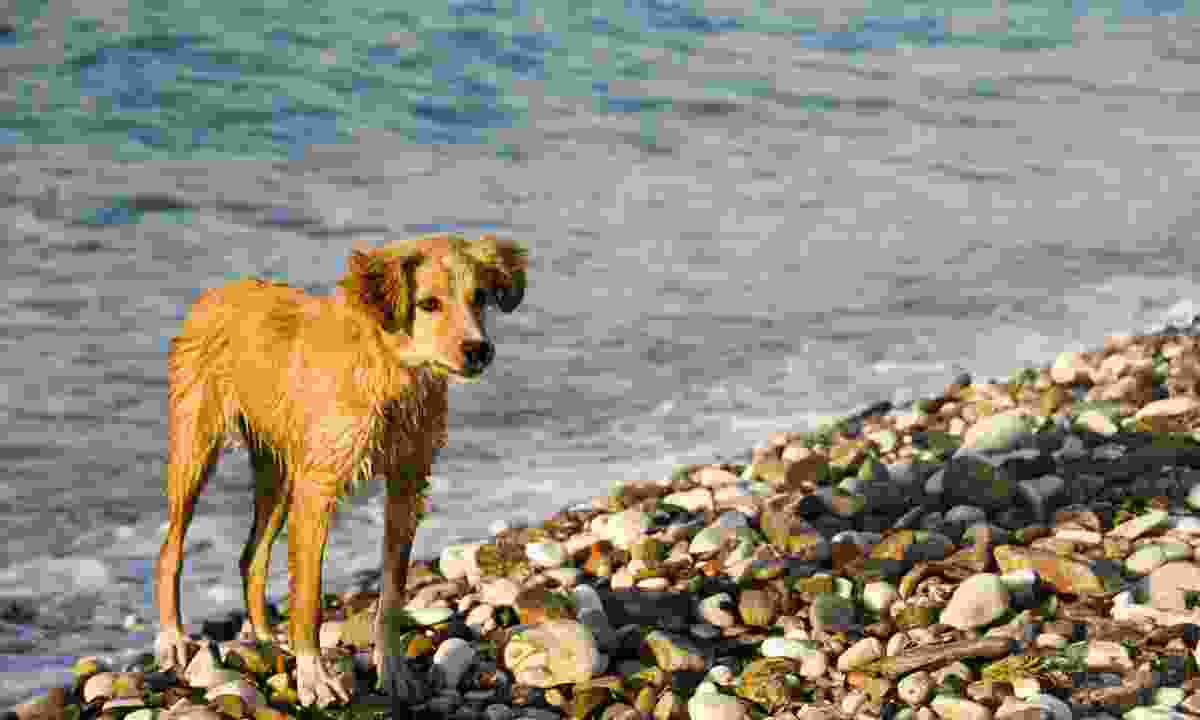 A dog takes a dip in the sea in Greece (Dreamstime)

This long stretch of pebble beach curves around the north-east coast of Samos, and offers plenty of space for you and your pup to take a dip, or simply to watch the sunset.

In general, Greece is reasonably relaxed about having dogs on beaches. Just remember to be mindful of others and keep your dog close-by while on the busier beaches, to avoid disturbing other visitors. 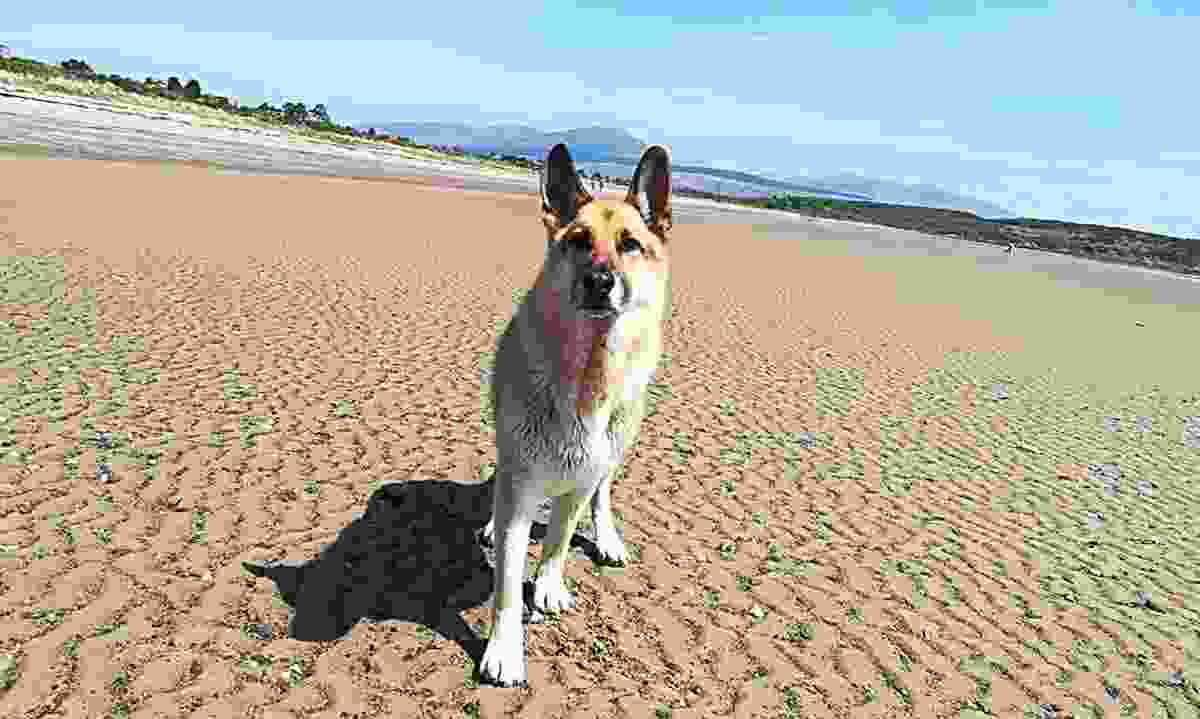 Everyone appreciates a beautiful view when you’re on dog walking duties, and Carradale beach near Campbeltown in Scotland is no exception, as this charming stretch of sand is set against a backdrop of wild flower meadows and mountains.

Visitors should check tide times before setting off to avoid getting caught up in the waves. However, if you do happen to get there during high tide, take to one of the sign-posted paths that surround the beach instead.

If you end up walking to Carradale Point, make sure your dog doesn’t go after the goats that roam this nature reserve!