9 of the best tours for culture seekers in 2020

From a new approach to the Inca ruins of Peru to an in-depth adventure through Java, these tours are designed to absorb the unique colour, customs and cuisine of the world's coolest destinations... 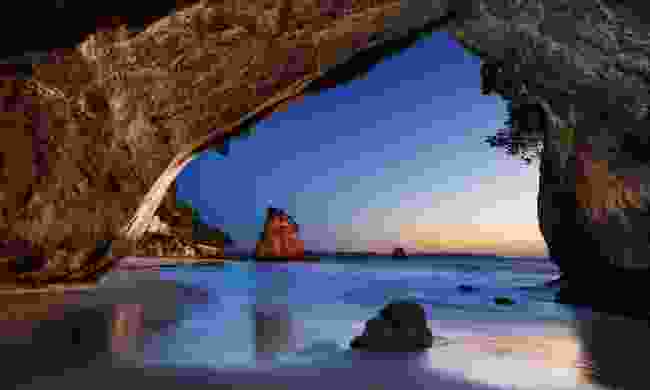 Cathedral Cove on the Coromandel Peninsula at sunrise (Shutterstock)

Discover the World’s East Cape Explorer adventure doesn’t so much go-off-grid but more ignores it entirely.

Hop in a car and spend a week exploring this seldom-scratched slice of New Zealand, beginning among the footprint-free beaches and jungle-clad gorges of the Coromandel Peninsula. Drive via the geysers, bubbling pools and Maori culture in Rotorua, spy the white plume of volcanic White Island and trace Captain Cook’s footsteps in historic Gisborne.

Your final stretch will take in Napier’s Art Deco architecture, the vibrant capital Wellington and the sun-drenched wine valleys, where you can toast your time in New Zealand.

Who? Discover The World 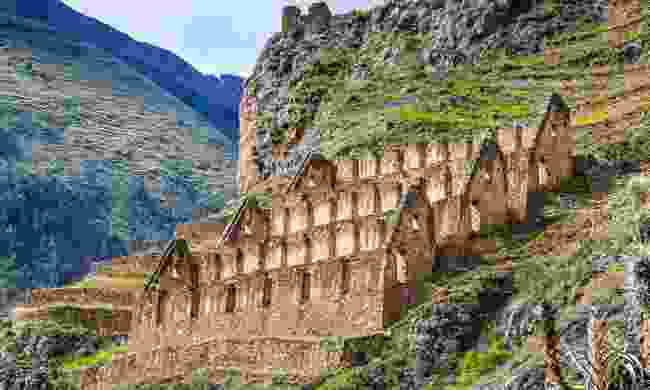 Forget the idea of packed paths clogging the route to Machu Picchu – join Exodus on The Moonstone Trek, a little-known trail which winds through tiny Andean villages and Inca (plus pre-Inca) ruins.

Tackle the Accoccosa Pass for views of snowy peaks, trace a carved Inca aqueduct and soak up the view from a ridge-perched shrine, before ending the trek among the Inca remains of Ollantaytambo. Latch onto a portion of the Inca Trail, passing the ruins of Chachabamba and Wiñay Wayna, before rising early to beat the swell and take in Machu Picchu for yourself. 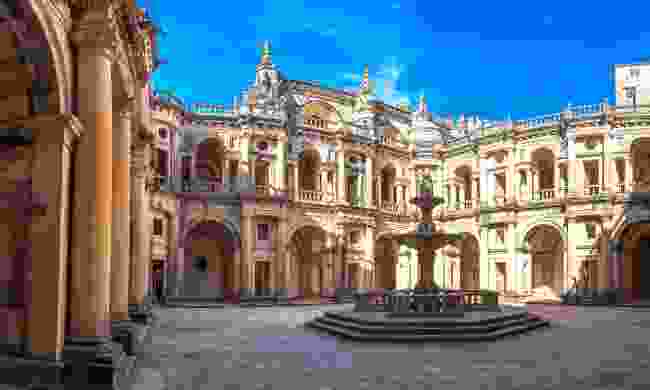 Located in the Ribatejo region of central Portugal, the riverside town of Tomar boasts a rich history, beautiful architecture and lush green countryside.

One of the most important towns in 13th-century Portugal, it’s also home to the UNESCO World Heritage-listed Convent of Christ, the former seat to the Knights Templar. Follow in the footsteps of the military order of monks made famous by The Da Vinci Code by joining Adagio’s Medieval Portugal walking tour.

After exploring Tomar and its monuments, take in the natural beauty of the Serra de Aires Natural Park. Visit the Gothic Batalha Abbey and the enigmatic castle of Almourol before sampling the region’s wine.

4. Discover the Japan of yesteryear in Ryukyu 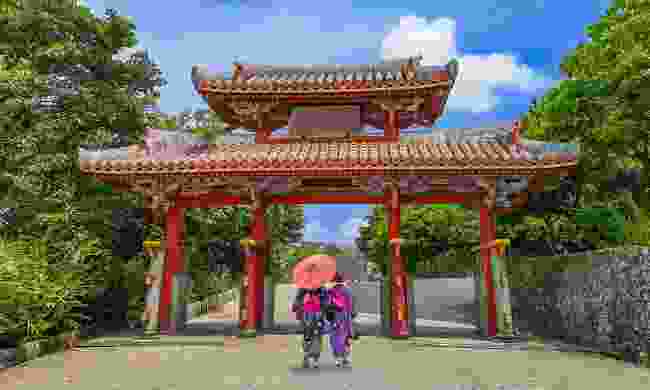 Venture where no western tour group has gone before on YellowWood Adventures’ Lost Islands of Japan trip – a truly off-the- radar encounter.

Dangling off its main islands, the half-moon- shaped Ryukyu archipelago is a unique glimpse at the Japan of yesteryear. It’s the first western trip to break ground in Tokushima and Okinoerabu islands; the former harbouring eye-popping snorkelling and the latter boasting cerulean-tiered pools within its Ginsuido Caves.

Throw in the ancient cedar forests of Yakushima and the unique cultural heritage of Okinawa, and you’ll be glad hardly a soul knows these Japanese jewels exist.

5. Blaze an ancestral trail in the USA 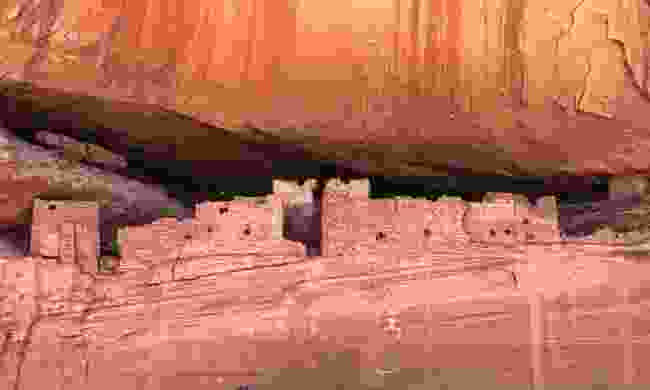 The USA’s south-west boasts some of the country’s most larger-than-life landscapes: the Grand Canyon, Monument Valley and Arches National Park, to name a few. But the captivating culture of the Native Americans who once thrived here is often forgotten about.

Trafalgar’s South-West Native Trails tour puts that right, visiting places that were important to the Navajo and Pueblo peoples. Among them, Chaco Canyon is home to the ruins of a once-major hub for the latter, while a Navajo guide will help you see the sandstone monoliths and petroglyphs of Canyon de Chelly through a Native American’s eyes.

6. Hit the Silk Road in Uzbekistan First stop Georgia, next Uzbekistan. On Wanderlust Journeys Discover Uzbekistan trip, you’ll not only find everything you would expect from the Silk Road – bustling bazaars, ancient Islamic architecture, the incredible cities of Khiva and Samarkand – but also head to the mountains to explore NuratauNatural Reserve.

And Wanderlust editor-in-chief Lyn Hughes will be right there with you, taking on this Silk Road favourite for the first time and entertaining you with endless stories from her travels.

7. Overland through incredible Java in Indonesia 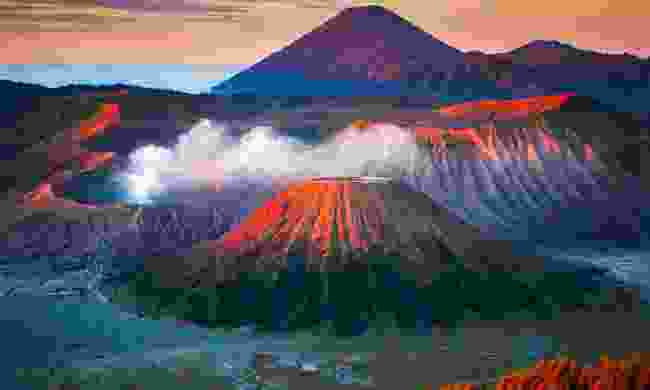 Indonesia has over 13,000 islands to choose from including Bali, Lombok, Sulawesi and Sumatra, but if you can only visit one of them this year, it has to be Java.

All Points East’s Java Overland tour will take you on a journey travelling by road, rail, and boat passing through the verdant forests, paddy fields and coffee plantations of Central and East Java. You’ll visit the charming towns of Yogyakarta, Solo and Malang where you’ll get to admire the ancient Dutch-colonial architecture, go shopping at the local markets and get your hands on tasty street food.

Stare into the caldera of an active volcano at Mount Bromo, then watch the sun rise and set over two UNESCO World Heritage listed temples: the ninth-century Buddhist temple of Borobudur and the Hindu temple of Prambanan. Round off your trip with a relaxing stay at a charming eco-lodge off the beaten track on the island of Bali.

Who? All Points East

Or if you’d rather, soothe your body and soul on these relaxing and reviving adventures...

8. Look after number one in Vietnam In a hundred-miles-an-hour world, InsideAsia’s Vietnam Rejuvenation tour is like hitting the pause button.

Recalibrate against the backdrop of Vietnam’s natural splendour, stimulating your mind with sunrise yoga amid the emerald paddies of Cam Thanh near Hoi An and practising tai chi on the banks of Hoan Kiem Lake in Hanoi.

Nourish your body with local farm-to-fork food in Hue and the chalk-white beaches of Phu Quoc, before soothing your soul by kicking back on a cruise through the spectacular karsts of Lan Ha Bay and cycling through the time- frozen history of Hoi An.

9. Breathe in the fresh air in Austria 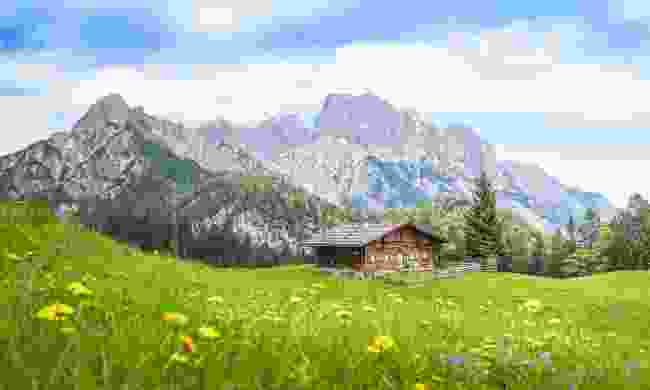 Even if you haven’t been to Austria, chances are you recognise its traditional Alpine villages and mountainous meadows from a postcard. But Walks Worldwide offers another great reason to book yourself onto this self-guided walking trip through Austria’s Alpine Splendor.

With every booking, they plant a tree that you can hike to see upon your arrival. As you breathe in the mountain air and pass through scenic valleys, you’ll be rewarded with epic views, and be sure to sample some of that traditional hearty fare while you’re on your way.