7 of the best coastal walks in Scotland

You’ll find some of the best coastal walks Britain has to offer around the 6,000 miles of coastline on mainland Scotland. From canalside to lochside, through woodland and alongside rugged coast, you’re spoiled for choice.

Here are the best coastal walks in Scotland... 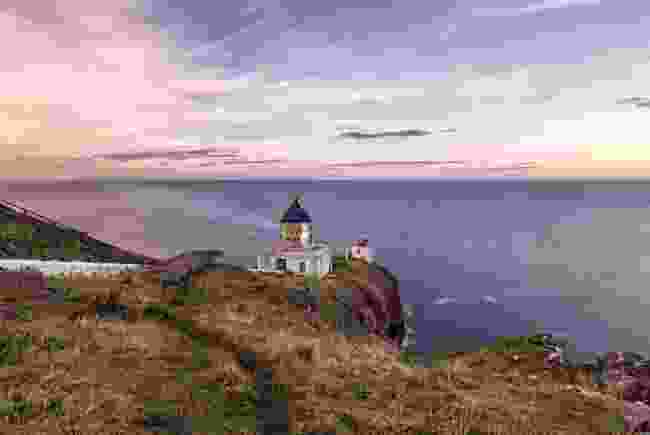 Starting from the National Trust for Scotland car park, above the quaint Berwickshire fishing village of St Abbs, follow the road that rises above Mire Loch before continuing to the coastal path.

It’s an exhilarating walk with buffeting winds, wild seas and dizzying drops. The coast here is a birder's wonderland, with guillemots, kittiwakes, razorheads, shags, puffins, shearwaters and skuas nesting in the high cliffs. Drop down to St Abbs to refuel with steaming fish and chips. 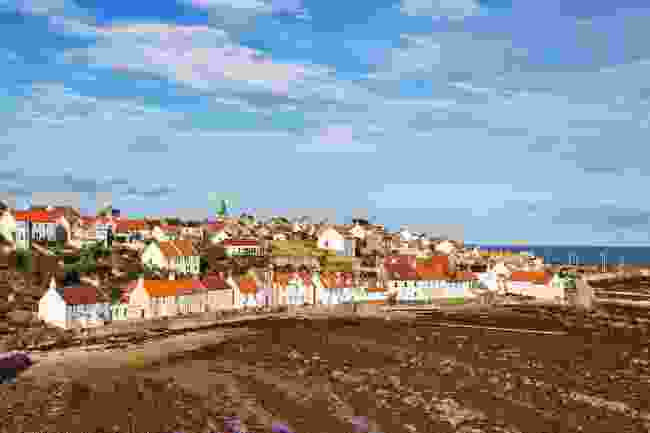 The fishing villages of East Neuk are suitably picturesque (Shutterstock)

The Fife Coastal Path winds 117 miles along the east coast of Scotland, linking charming East Neuk fishing villages. Follow the coast from Anstruther to Crail to enjoy one of the best sections.

This easy four mile walk takes the rambler through narrow lanes of seaside cottages at Anstruther, past Cellardyke Harbour and on to open countryside, with glorious views of the Isle of May and the foreboding Bass Rock.

Pass the distinctive rock formations of porous limestone at Caiplie Caves before finishing at Crail, where white-washed and stone cottages tumble down to the harbour.

Catch your breath at Crail Harbour Gallery & Tearoom before grabbing a bus back to Anstruther.

3. Duncansby Head and the Gates of Hell 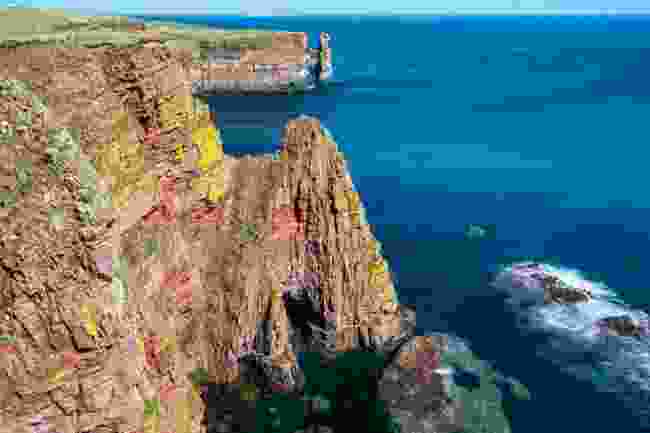 Head east of John o’ Groat’s to discover Britain’s true most northeastern corner and you’ll find a section of coast that is wild and beautiful. Just over five miles long, the coastal walk passes the Bay of Sannick, where Atlantic Greys bob in the water.

At Duncansby Head stop to watch the tidal streams race through the Pentland Firth, where the Atlantic meets the glassy wall of the North Sea, creating eddies, riptides and overfalls.

This perilous sea with its numerous names - the Gates of Hell, Bore of Huna, Wells of Tuftalie and the Merry Men of May - are surrounded by lighthouses on the mainland and Orkney.

Round the headland, then head south to the lighthouse, where you'll find razor-sharp sea stacks and towering cliffs before retracing your steps to the village of John o’ Groats. It’s a dramatic walk best experienced at dusk, when the red sun sinks below the ocean and the beacons wink in the gloaming. 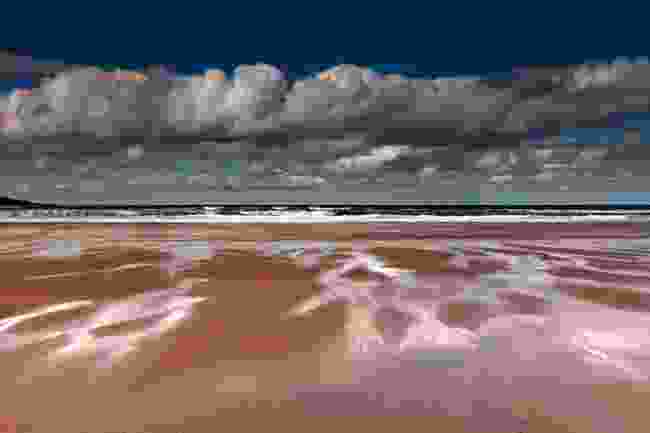 Melvich Beach in northern Scotland, on a sunny day (Dreamstime)

This short (but very sweet) one-and-a-half mile walk on Scotland’s northern coast beckons you from the road high above Melvich Bay.

With stunning views to the mouth of Halladale River, a footbridge crossing to the imposing Bighouse Lodge (historic home of the Bighouse and MacKay chieftains) and a horseshoe bay of white sand backed by sand dunes, you’re compelled to explore this corner of Sutherland.

Drop down the track from the A836 to the river and walk between the peaty estuary of vivid rust-reds and blues (famous for its salmon fishing) to Melvich Bay.

Stroll along the beach, the Atlantic surf roaring in your ears, then follow the path up through the sand dunes, where it meets the track again.

5. The Bone Caves of Assynt 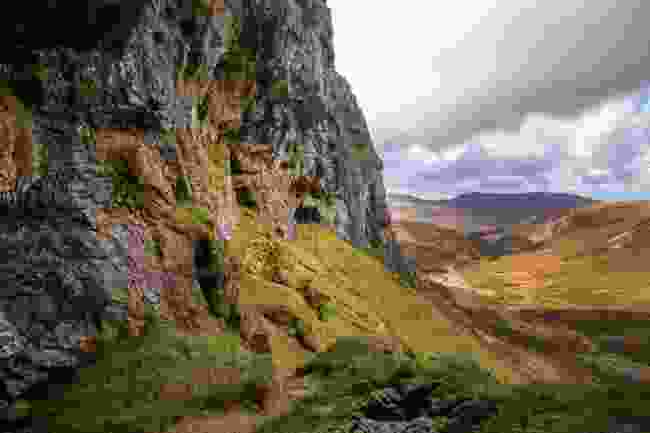 The view from the Bone Caves of Assynt (Shutterstock)

North of Ullapool on Scotland’s west coast, this irresistible three mile walk leads up a limestone valley to the foot of spree-strewn cliffs, riddled with caves. It certainly deserves its intriguing name, Bones Cave.

The bones excavated here belonged to animals that roamed the area in the Ice Ages: Arctic foxes, wolves, lynx and brown bears.

From the car park, on the A837 between Inchnadamph and Elphin, follow the stream past a waterfall and continue along the Allt Nan Uamh.

The path narrows and climbs steeply to the base of the cliffs. It's challenging, but the fun of exploring the cave systems makes the effort worthwhile. Follow the path along the foot of the cliffs to reach the river valley again, and retrace your steps back to the start. 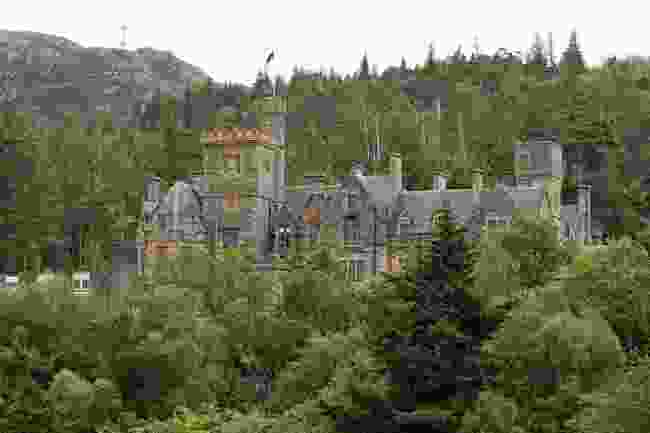 Plockton is one of the Highlands' prettiest villages. So pretty, it's sometimes referred to as the ‘Jewel of the Highlands’. It sits on a peninsula, overlooking Loch Carron, surrounded by islets and mountains.

Head out of the village and follow the ‘Footpath to Duncraig Castle’ signpost on the shore. Traverse through woodland, past the railway line and lochans, leading to the stately Victorian castle. Follow the road, then path, back down towards Plockton and reward yourself with a well-deserved pint at Plockton Inn.

At just under four miles, the Plockton to Duncraig Castle route must be one of the best-paced and most picturesque circular walks on Scotland's west coast.

7. Crinan Canal: Between the Lighthouses 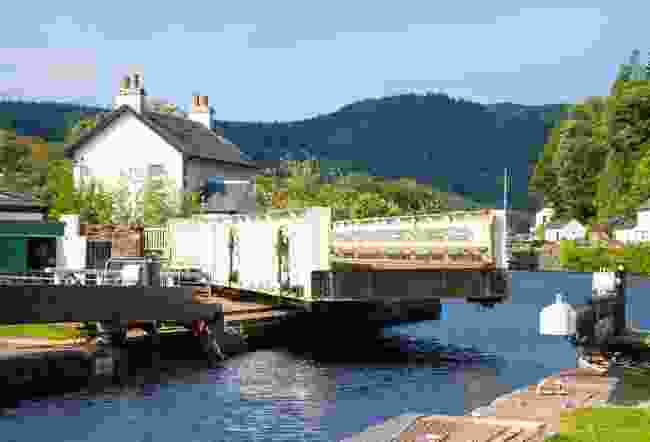 The Crinan Canal was created to provide a short cut for sea-going vessels between the Atlantic and Loch Fyne. Walking the canal is definitely a longer hike, at just under nine miles - but with the reprieve of flat terrain and overall easy walking.

As you walk the towpath, you’ll see elegant yachts rather than narrow boats. This is a lovely ramble that leads through a varied landscape of hillside, rockface, forest, salt marsh and sealoch, the lighthouses of Ardrishaig and Crinan book-ending the canal.

Watch the boats negotiate the 15 locks at Cairnbaan, and pause at Bellanoch Marina with its tiny white-washed church on the hillside. The drawbridges, lighthouse and huddle of buildings that sit around the harbour basin, and are flanked by mountain and sea, make Crinan a fine end point.

Now, its time to relax. Stop by the Crinan Hotel for delicious seafood, or Crinan Coffee Shop for a cream tea, before catching the bus back to Ardrishaig.

A strollin' short break on the Jurassic Coast