From commanding fortresses to fairytale turreted piles, there are so many castles in Scotland that nobody knows for sure just how many there are. Here are 15 of the best, from a cast of thousands! 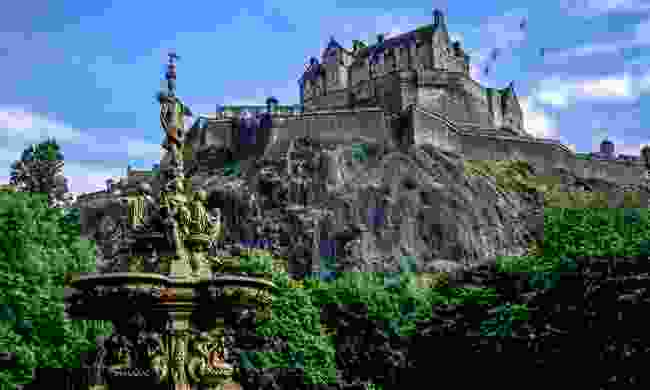 Edinburgh Castle in the summer (Shutterstock)

Set atop a craggy extinct volcano at the end of Edinburgh’s Royal Mile, Edinburgh Castle can be seen from most corners of the city. It is unquestionably Scotland’s most famous and important castle, housing the Crown Jewels, the Stone of Destiny and Mons Meg. The Edinburgh Tattoo, held annually on the sloping parade ground, is broadcast around the world. 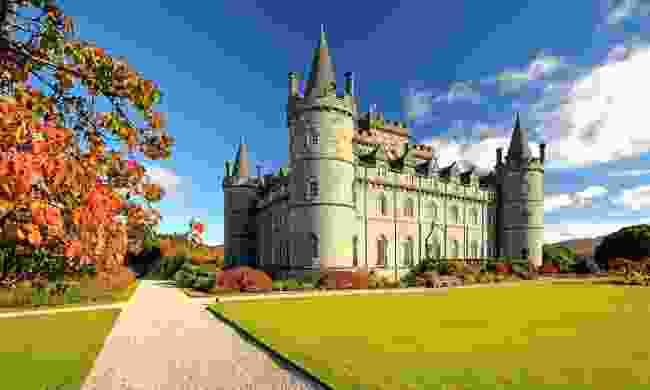 Austere on the outside, sumptuous on the inside, Inveraray Castle has served as the seat of the Duke of Argyll since 1745. Inside, you’ll find priceless Beauvais tapestries, well-preserved swords from the Battle of Culloden and a priceless collection of china, silver and family heirlooms. The castle and its beautifully maintained gardens also offer outstanding views across Loch Fyne to the rugged Highlands beyond. 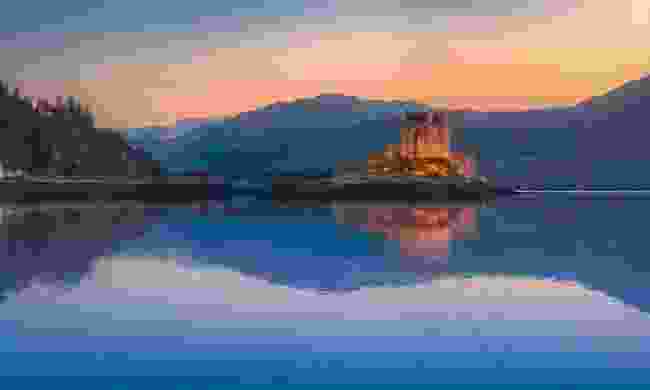 Arguably the most photographed castle in Scotland, Eilean Donan appears on more shortbread tins than any other Scottish building. Its setting on an island at the entrance of Loch Duich is picture perfect, and the views towards the Isle of Skye breathtaking. The castle is steeped in Jacobite history and crossing the stone bridge is like stepping back in time. 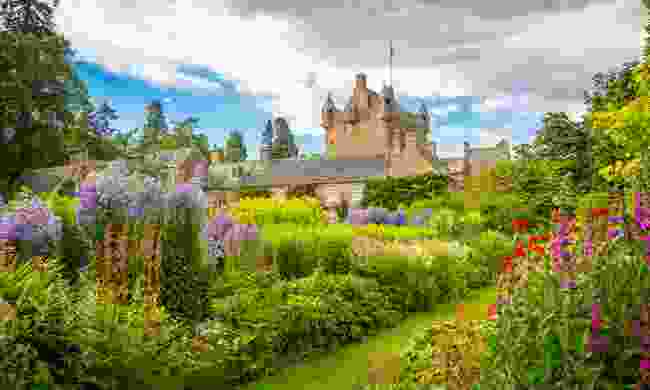 Cawdor Castle is famous for its literary connection to Shakespeare’s Macbeth, but sadly the connection is fictional. It was built long after the 11th century events the play was based on, but that hasn’t stopped fans flocking to see the home of Thane of Cawdor.

Still, the castle was built around a thorn tree that can be still viewed in the dungeon. And the three gardens in the immaculately manicured grounds are amongst the most beautiful in the country. 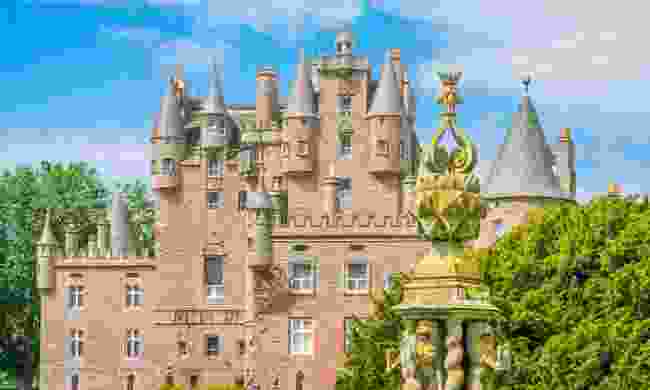 The turrets of Glamis Castle (Shutterstock)

Another castle with a Macbeth connection, Glamis was also the childhood home of the late Queen Mother and where Queen Elizabeth II's sister, Princess Margaret, was born. It is also one of the most arresting castles in the country, built in red stones and festooned with turrets. The extensive grounds that surround it offer numerous walks. 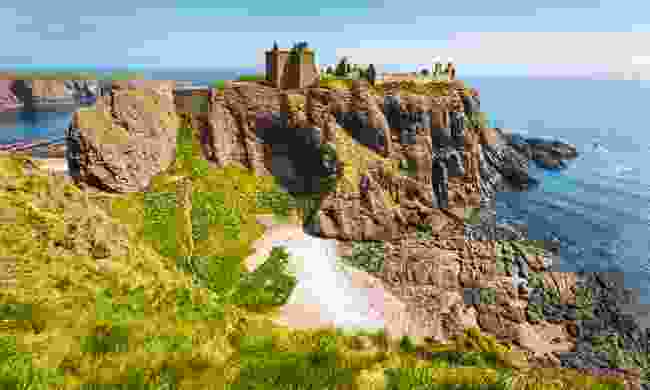 Perched on a rocky outcrop overlooking Scotland’s wild north east coast, Dunnottar Castle is one of the most dramatically located in the country.

This formidable cliff-top stronghold has witnessed many of the most pivotal moments in Scotland’s history – William Wallace, Mary Queen of Scots, the Marquess of Montrose and Charles, Prince of Wales, have all stayed here. Wander through the ruins and you can still sense their ghosts. 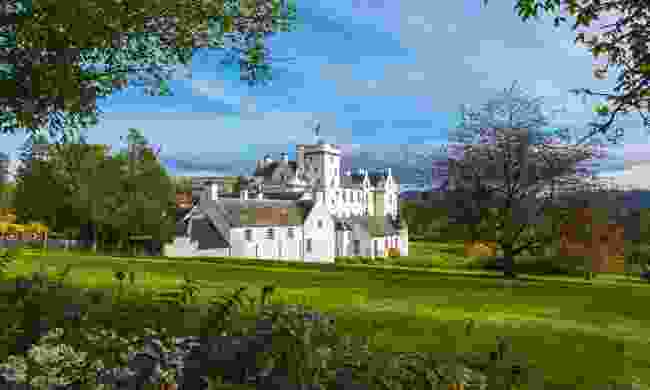 Home to the Atholl Highlanders, the Europe’s last remaining private army, the white-washed Blair Castle appears as a bright dash against ruggedly austere mountains. Surrounded by woodland, it was a brief hiding place of Bonnie Prince Charlie and a favourite of Queen Victoria. Indeed, the Atholl Highlander regiment was created to protect her during her stays. 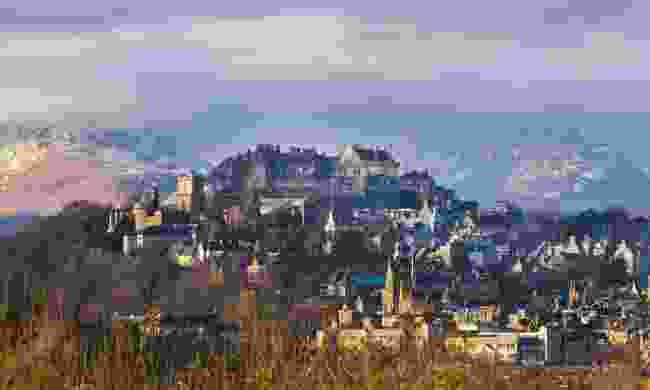 A true Renaissance beauty, Stirling Castle was the favoured residence of the Stewart kings and queens. Knights, nobles and foreign ambassadors flocked to the castle to revel in its grandeur and to attend the spectacular christenings and coronations that took place here. You can still get a glimpse of that world today, with costumed courtiers, bodyguards and servants wandering the grounds during your visit. 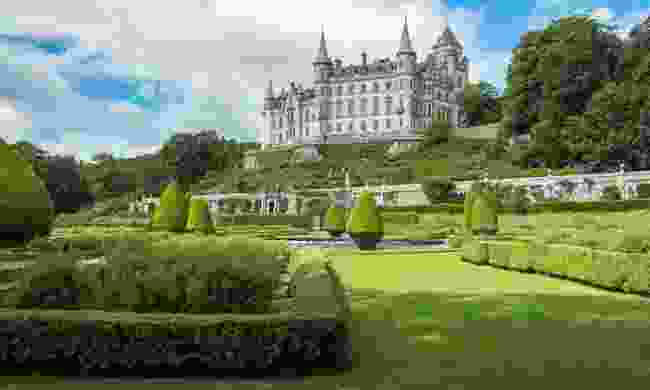 The fairy tale Dunrobin Castle and gardens in Sutherland (Shutterstock)

The fairy tale turrets and landscaped gardens of Dunrobin Castle were styled to look like a French château when it was remodelled in 19th century by architect Sir Charles Barry. Much of the building, however, dates back to the 1300s, making it one of the oldest continuously inhabited castles in Scotland. It’s currently home to the 24th Countess of Sutherland. 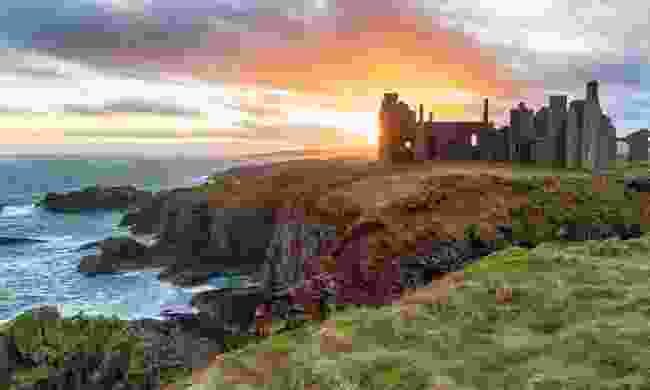 Roofless and abandoned, New Slains Castle near Cruden Bay in Aberdeenshire is said to have inspired the vampire’s castle in Bram Stoker’s novel Dracula, which he wrote following a visit in the 1800s. Originally built in 1597, New Slains Castle lost its roof in 1925, when the Earl of Errol removed it for tax purposes. 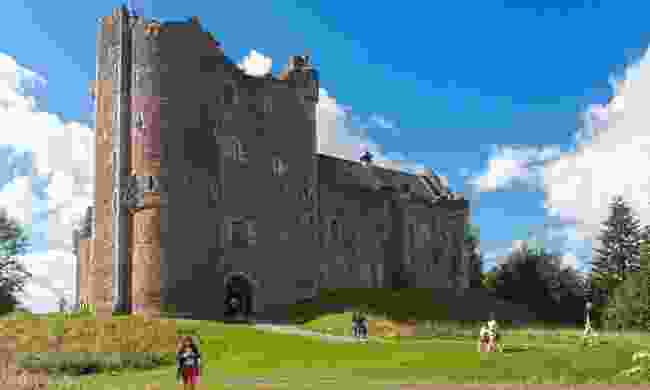 Situated in Stirlingshire, not far from Sir Andy Murray’s home town of Dunblane, Doune Castle is famous for its imposing 100ft gatehouse and one of the best preserved Great Halls in Scotland. It was also featured as the home of the taunting French knights in Monty Python And The Holy Grail, and more recently as the Starks' homeland of Winterfell in Game Of Thrones. 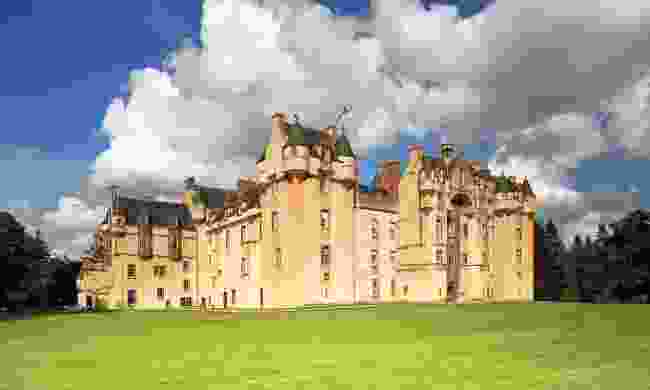 Fyvie Castle in Aberdeenshire began life as simple castle in the 13th century. But over the centuries, as it passed through the hands of five powerful families, it was built upon and embellished until it become of the the most impressive Scottish Baronial fortress in Scotland. The magnificent sweeping staircase leads to largest private collections of Raeburns in the world. 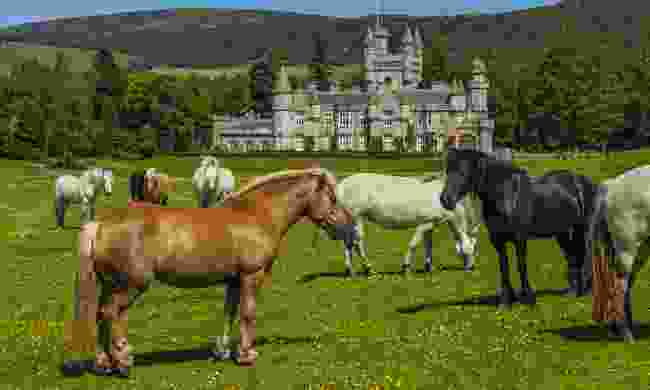 Long time favourite with the British Royal Family, Balmoral Castle has been their premier Scottish stay since it was purchased for Queen Victoria by Prince Albert in 1852. Regarded as a classic example of Scots Baronial architecture, the castle and the grounds are open to visitors from April to July. 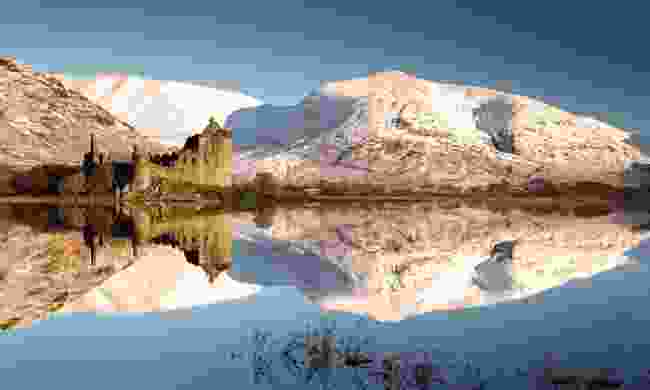 Another one of Scotland’s most photographed castles, Kilchurn Castle looks out across Loch Awe, with the imposing Ben Cruachan providing a dramatic backdrop. Built on a small, rocky isthmus, it was built by the powerful Campbell clan who controlled much of this region in medieval times. Head up to the tower house’s battlements for the most expansive views. 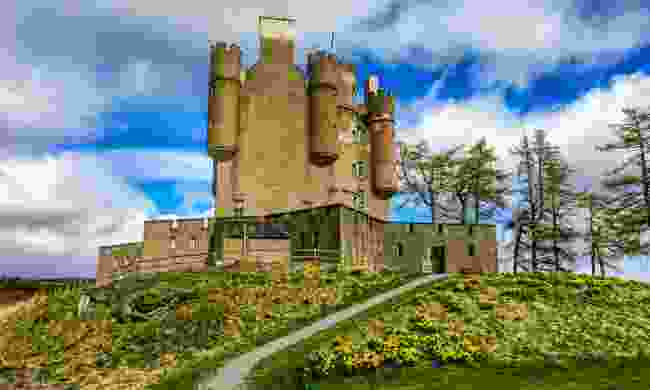 Braemar Castle in the highlands of Scotland (Shutterstock)

If its bizarrely-shaped turrets, winding spiral staircases and a dark, dingy dungeon you’re after, Braemar Castle ticks all the boxes. Built in the 17th century by Clan Farquharson, the setting is pretty epic, too. It’s nestled in the heart of the majestic Cairngorms National Park.

More things to see in Scotland:

The best castles to visit on the North Coast 500