13 of the best beaches near London

From buzzing, bohemian seaside hot spots to deserted windswept stretches of sand, there are plenty of beach escapes an hour or so from London. There’s even two within the city limits... 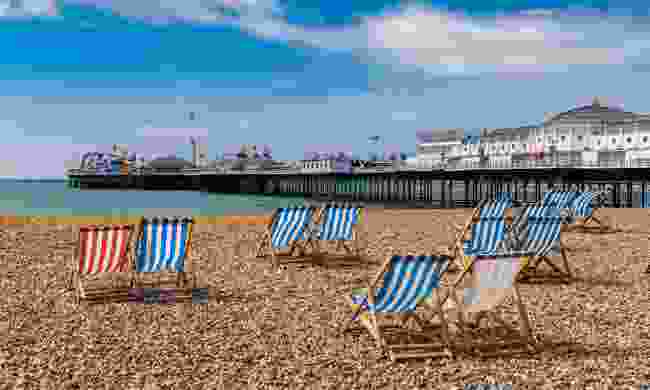 Brighton has been a seaside escape for Londoners for hundreds of years and a little bit of the big city vibe has rubbed off on this most cosmopolitan of beachside towns.

There’s no shortage of buckets and spades and '99' ice creams. And the restored pier is one of the finest in the country. But head into the famous Lanes and you’ll find all kinds of alternative shops selling bohemian trinkets as well as cafes and restaurants serving great coffee and even vegan treats.

Not surprisingly, Brighton gets busy on Bank Holiday weekends or unexpected sunny days, when most of London seems to have decamped to the long pebbly beach. But with the pubs and bars buzzing, DJs playing and deckchairs a plenty, there’s no better place to be. 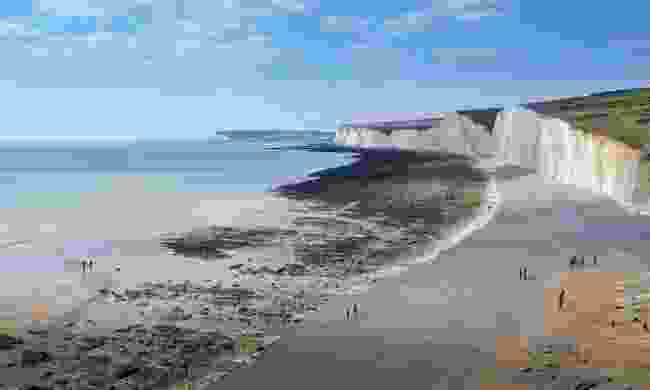 How far from London? Approximately two hours from London Victoria: Take a train to Eastbourne then a bus from there.

With its towering white chalk cliffs and deserted pebbly beach, Birling Gap sits on one of the longest stretches of undeveloped coastline on the south coast.

There’s nothing here but farmland and rolling fields, and a national park centre selling sandwiches and ice creams and handing out brochures about walks along the cliff edge.

The beach itself is reached by a steep set of metal stairs, not unlike a fire escape, that leads you down the face of the white cliff to the pebbly beach below.

Here, you’ll feel like you’ve left the world behind you, especially if you walk further along the beach, away from the few fellow beachcombers...

Read next 7 of England's quaintest villages 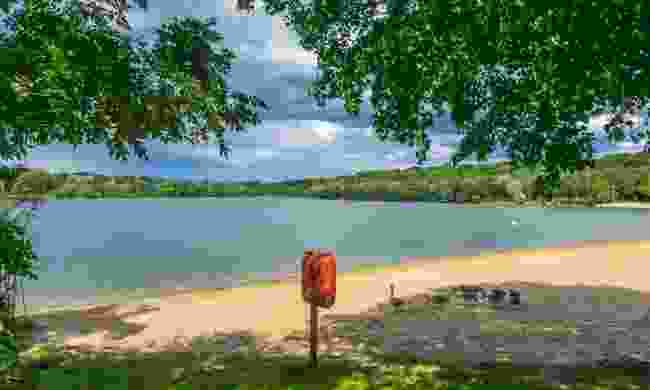 Ruislip Lido Beach. Only a tube ride away (Shutterstock)

How far from London? Approximately an hour from central London on the Uxbridge branch of both the Metropolitan line and Piccadilly line.

The only London beach you can catch the tube to, Ruislip Lido Beach is found on the southern shores of the reservoir in Ruislip Woods National Nature Reserve.

Twice the size of Hyde Park, the reserve is found at the end of the Piccadilly Line. It is home to over 283 hectares of ancient woodland, a huge lake and, unexpectedly, a golden sand beach.

At the moment, boating and swimming are not allowed in the lake. But there’s nothing to stop you catching a few rays or building a sandcastle or two. There are also countless woodland trails, a little cafe selling coffee and ice cream and a miniature train ride for the kids. 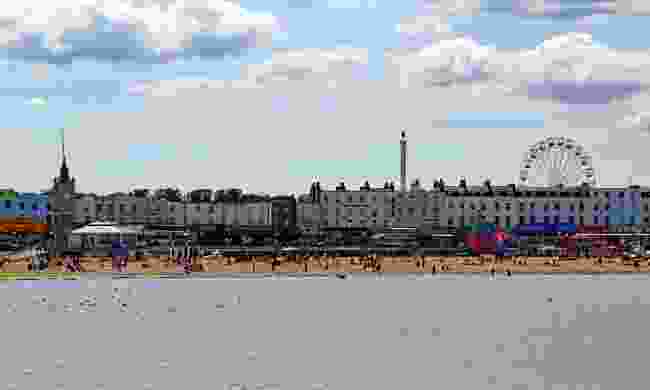 How far from London? Approximately one and a half hours from St Pancras International.

Billed as ‘The Original Seaside’, Margate has undergone something of a renaissance, with the opening of the Turner Contemporary Gallery and the refurbishment of Dreamland, a hipster-friendly amusement park with rides, arcade games and even a roller disco.

But there are still pockets of old world seaside charm to enjoy – the mysterious Shell Grotto is a splendid example of Victorian kitsch and a walk along the harbour arm as the sun sets is a tradition that has been followed for centuries. 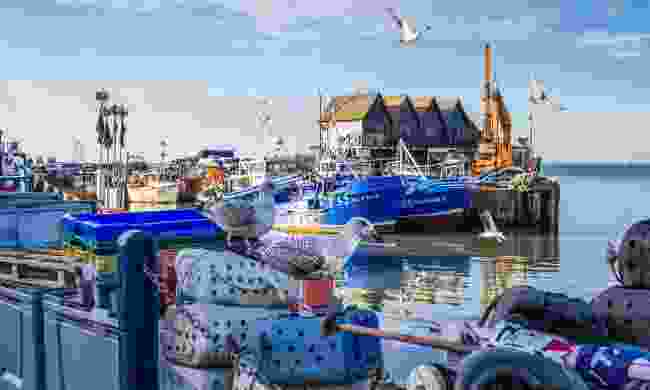 How far from London? Approximately one and a half hours from St Pancras, Cannon Street or Victoria stations.

A smuggler's haven during the Napoleonic Wars, Whitstable is a picturesque town set on the north coast of Kent.

Equally famous for its oysters, the town is a jumble of twisting lanes and wooden shacks where you can dine on seafood and browse quirky shops run by the increasingly bohemian locals.

The beaches are pretty good, too. West Beach is perfect for an aimless meander. Tankerton Beach is renowned for its epic views of the sea and sky. Buy a cup of whelks, perch on the pebbles and admire the view.

Read next 8 beautiful hidden beaches around the world 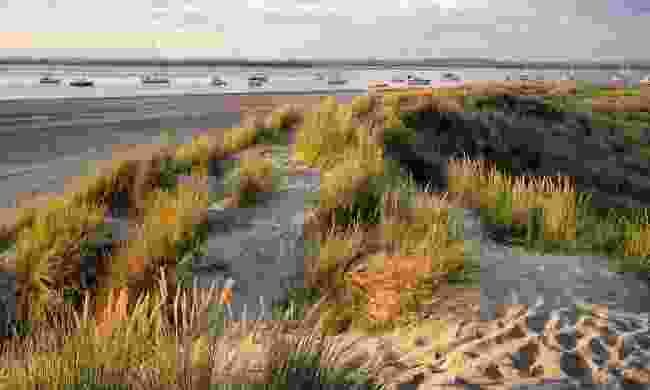 How far from London? Approximately one and a half hours from London Victoria to Chichester.

Just south of the pretty cathedral town of Chichester, West Wittering is a long stretch of sand, backed by grassland, widely regarded as one of the loveliest beaches in the south east.

With a line of colourful beach huts and a cafe serving up traditional seaside fare like fish and chips, it is the perfect bucket and spade destination.

Not surprisingly, it can get busy on a hot summer’s day. But the main beach is long enough to find relative solitude at either end. Out of season, chances are you’ll have the whole beach to yourself. 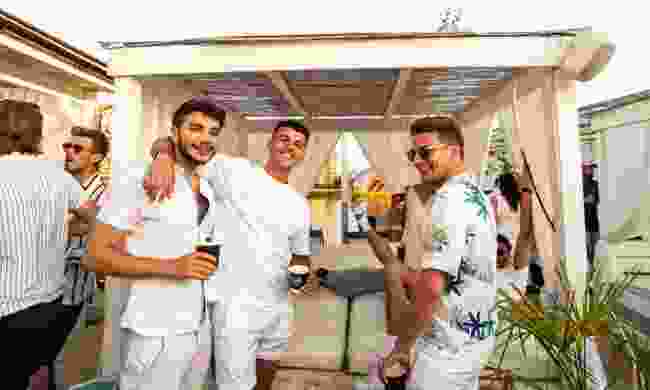 How far from London? Approximately half an hour from central London.

Fulham Beach (or Neverland to use its proper name) is a pop-up beach that appears every summer beside the Thames in Fulham.

A couple of tonnes of golden sand is shipped in, beach huts are knocked up and deckchairs and day beds are laid out for visitors to lounge on. Add in some jungle foliage and strings of coloured lights and you’ve got a little piece of the tropics in the heart of south-west London.

Dining here is alfresco, with plenty of tasty street food options to hand, as well as a bar offering all kinds of colourful and refreshing cocktails. 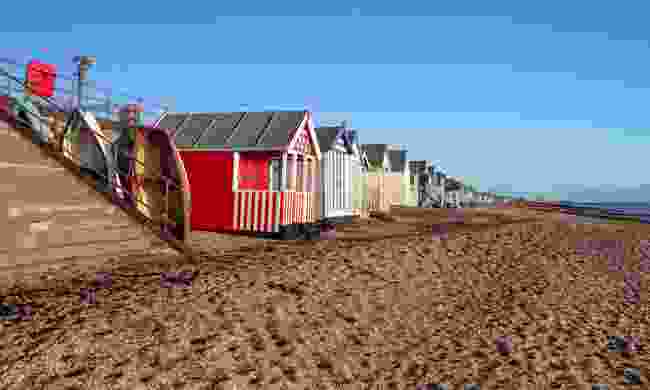 How far from London? About an hour from London Fenchurch St. A little longer from Liverpool Street.

With an improved rail service and a series of high profile regeneration projects, Southend-on-Sea is shaking off its dodgy reputation and emerging as a seaside location that may one day rival Brighton for the affections of Londoners looking for an accessible seaside escape.

Southend’s famous pier is the longest pleasure pier in the world, with a small train to shuttle you from one end to the other.

There are amusement parks and arcades providing old school thrills and a host of new cafes, restaurants and galleries offering more high brow entertainment. There are around 11km of sandy beach to choose from too, sharing three Blue Flag awards between them. 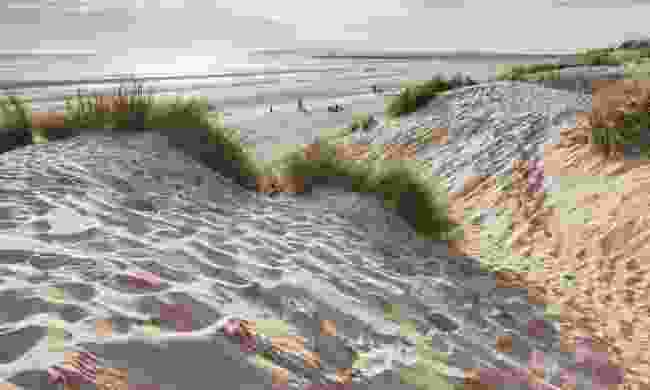 How far from London? Approximately 1 hour from St Pancras International to Rye.

Tucked away in East Sussex, where the River Rother empties into the sea, Camber Sands is that most rare of Sussex beaches – it's sandy. Backed by dunes, it is long and empty and when the tide is out it's incredibly deep as well.

Be warned: it does get windy here. Make sure you pack a windbreaker. Better still, take a windsurfing board or kite. It’s probably the best windsurfing and wind-kiting spot this close to London.

Read next 7 pretty towns on the UK’s south coast 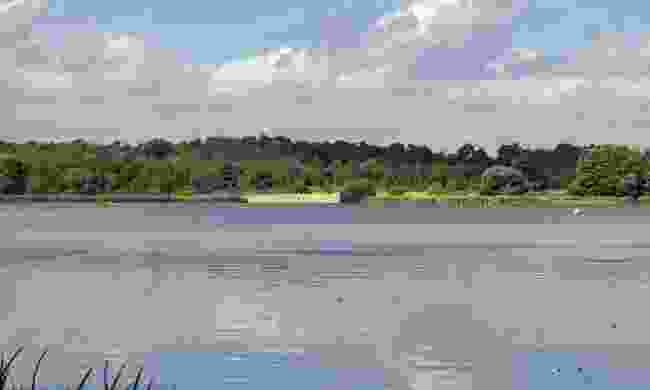 How far from London? Approximately one hour and 45 minutes from London Waterloo.

Another unexpected landlocked beach near London, the sandy shores of Frensham Great Pond offer a fresh water beach experience in a reserve near Farnham.

Although brackish in nature, the water quality here is excellent. You’ll emerge cool and refreshed, not sticky like on salt water beaches. Once you’ve towelled off, make sure you wander through the nearby sculpture park, which has close to 600 statues to admire and/or puzzle over. 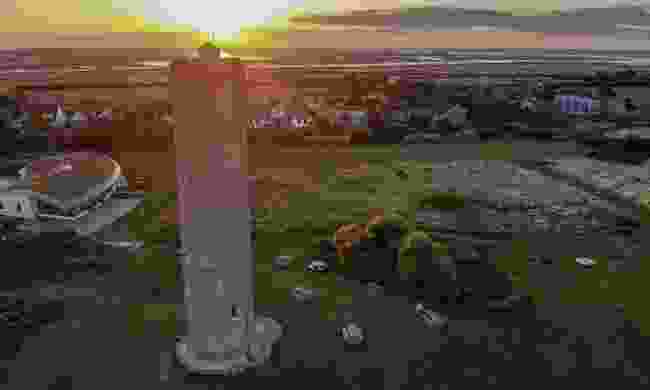 How far from London? Approximately one and a half hours from Liverpool Street.

Walton is a traditional seaside town facing the North Sea on the east coast of Essex. It is surrounded by the sea on three sides, and offers 5km of gently shelving sandy beaches, wild walks in nature reserves and the driest climate in England. Its motto is ‘the sunny town with sunny people'.

The town is also home to the second longest pier in England, a row of brightly coloured beach huts and a tower called The Maze, which was built in 1720. Climb it for epic views across the Walton backwaters, Harwich and Felixstowe and the Suffolk coast. 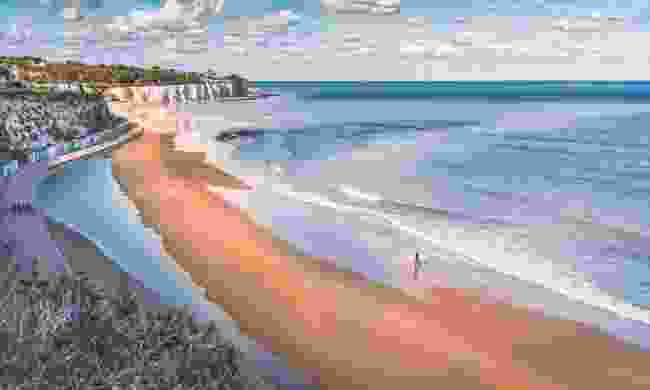 How far from London? Approximately one and a half hours from St Pancras International.

Central Viking Bay is for kids, with beach huts and amusement rides and stretches of sand perfect for building castles. Botany Bay has a more rural vibe, while Joss Bay is perfect for the more active – with surf breaks for experienced riders and a surf school for those just starting out. 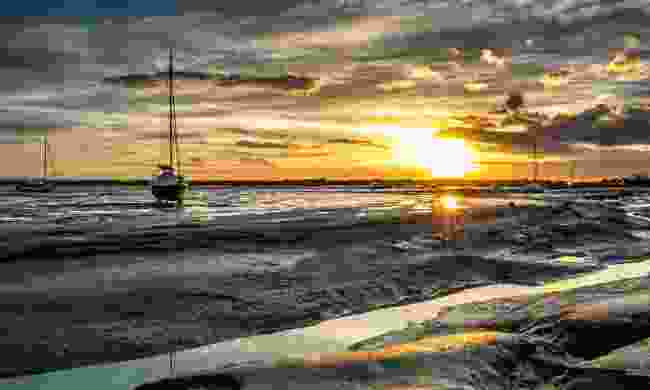 The beaches at Leigh-on-Sea may come and go with the tide, but the charm of this estuary-side village is enduring. The high street is all cobbled stones, boat sheds and cottages. The estuary itself is a picture of bobbing sailboats and fishing craft.

A visit to Cockle Row is a must, with tiny shacks and restaurants serving bivalves and other Essex seaside treats. There’s a growing foodie scene here, too. Cookie's & Cones, for example, is an indie dessert shop that serves gelato and Cadbury milkshakes.

8 of the best walks in London

9 of the best parks and green spaces in London