Ben Fogle: “It was unlike anywhere I’d ever been before.”

Adventurer and TV presenter Ben Fogle on exploring Mongolia and Tanzania, the perils of technology, living in the wild and his toughest ever challenge

The people in your TV series New Lives In The Wild give up who give up ‘civilization’ to live in the wild. What do they all have in common?

They’re like extreme Wanderlust readers. They’ve been on the holidays, they’ve experienced something exciting, they might have been on a six-month trip, but they have finally decided to give up their comfy urban life to go and live in a wilderness.

They’re all quite brave souls. There’s usually something that’s happened in their lives that has instigated their decision-making, whether they’ve had a bereavement, they’ve split up from someone or they’ve had a ‘calling’.

You normally see some sort of psychological need that’s pushed them into it?

Yes, it’s more than a wanderlust because a wanderlust can be itched and it can be sated with a couple of weeks away or a challenge. But to do it as a lifestyle, these people feel a need to take it to the next level. 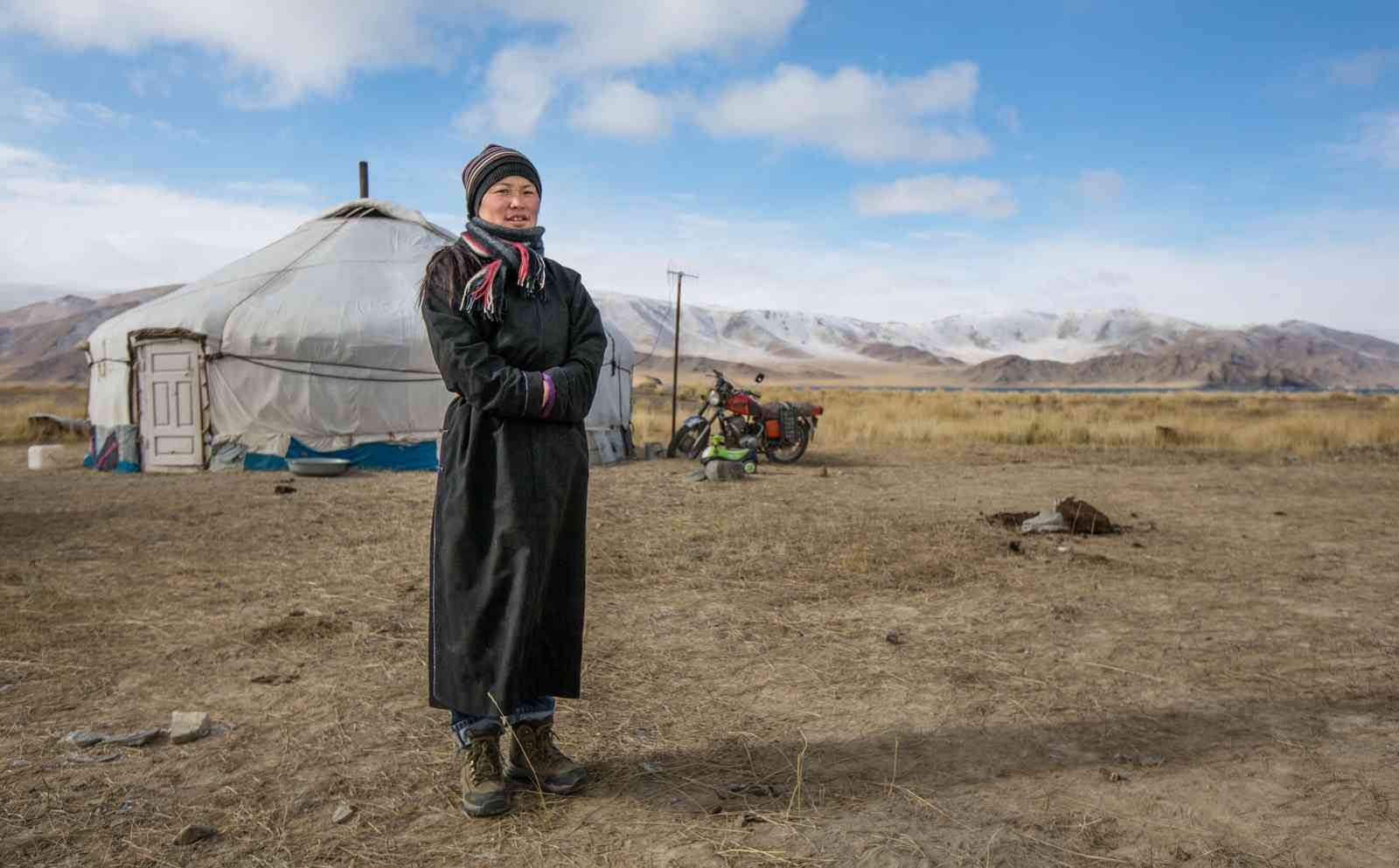 Mongolian woman outside a yurt on the Mongolian tundra (Dreamstime)

Which place from the new series left the biggest mark on you?

Mongolia. I’d never been to Mongolia before. Because I do so much travel, it’s quite unusual to go to a brand new country, and Mongolia definitely delivered on expectation. It’s wild, it’s bleak, it’s different, it’s tough, it’s beautiful. It’s gone into my Top 5 countries to return to.

What did you do there?

I went to live in a very remote corner of Outer Mongolia ,close to the Russian border, on the shores of a frozen lake. It was unlike anywhere I’d ever been to or visited before. I was living with a family of American missionaries who live in a simple yurt on the shores of this frozen lake, so a lot of the travel involved driving around in tiny little Russian vehicles on the ice.

We joined a local wolf hunt. Wolves were stealing livestock, so we went out on horseback, racing across the frozen Mongolian tundra, trying to get these wolves that were obviously decimating the livestock. The culture is so very different to anywhere I’ve ever been before. The food they eat, the lifestyle, weather... Everything there is an assault on the senses. 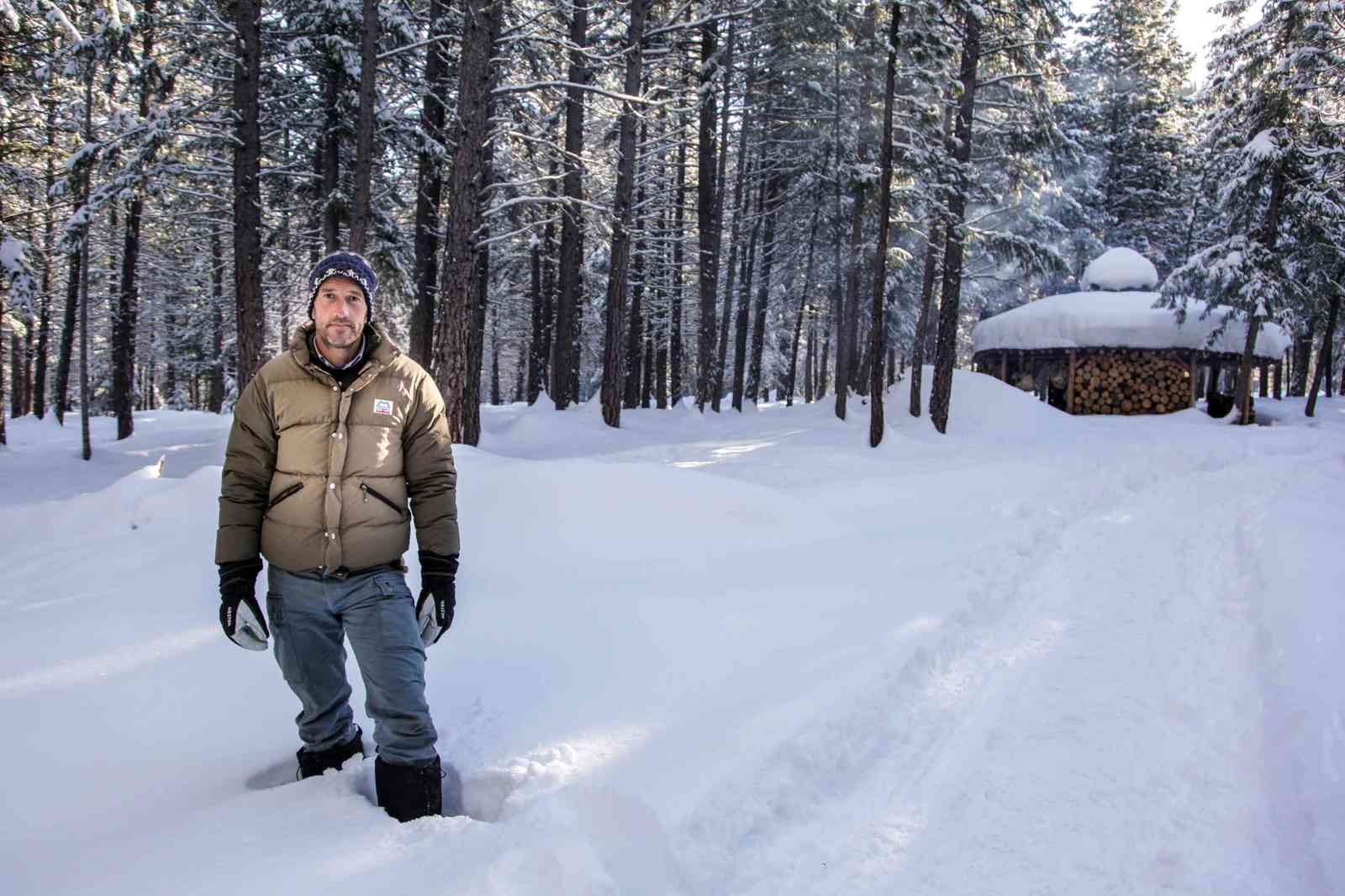 Ben Fogle in the icy wilds of Washington State, USA (New Lives In The Wild)

Where else did you explore?

I went to live with a former war correspondent who now lives with wild bears in British Columbia. And I went to live with a couple who live out in a very rural part of Tanzania, Ruaha National Park, one of the most beautiful parts of Africa I’ve ever been on safari. We went on a walking safari, so we got very close to wild elephants.

We also went to Ibiza, to meet a Yorkshireman who’s become a hippy and lives in a cave in the middle of the island. 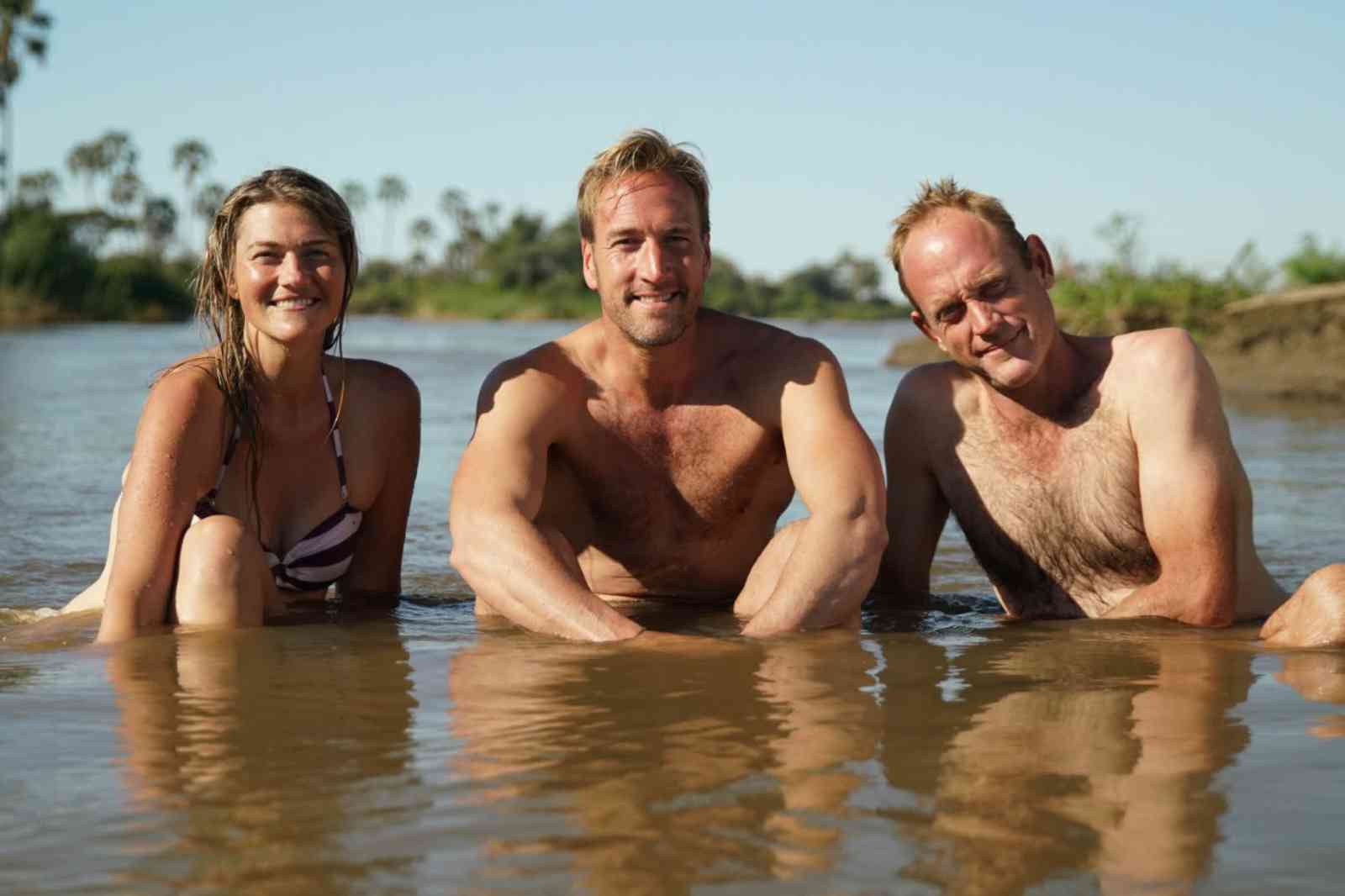 Do you think people have become too dependent on TVs, laptops, smartphones and other tech?

Yes. Not all the people I’ve visited have abandoned tech. They have forms of tech and forms of communication but not as prolific as we have. Recent studies say children check their phones every ten minutes, even during the night. People are absolutely glued to their devices and to technology and social media, and with the people I go to, like everything in the rest of their lives, it’s rationed. If they remain connected to the Internet, it’s often through a satellite dish, it’s expensive, it drops in and out, so they will have a tiny little window, perhaps only once a week when they will connect to the outside world.

Some of them have completely cut off, some of them have remained connected. But yes, I think we’ve become too tech-reliant. A lot of people are looking to get away from it. Tech-free breaks are the big new thing now. There are hotels and resorts around the world marketing themselves with pride that they have no WiFi and no mobile coverage. 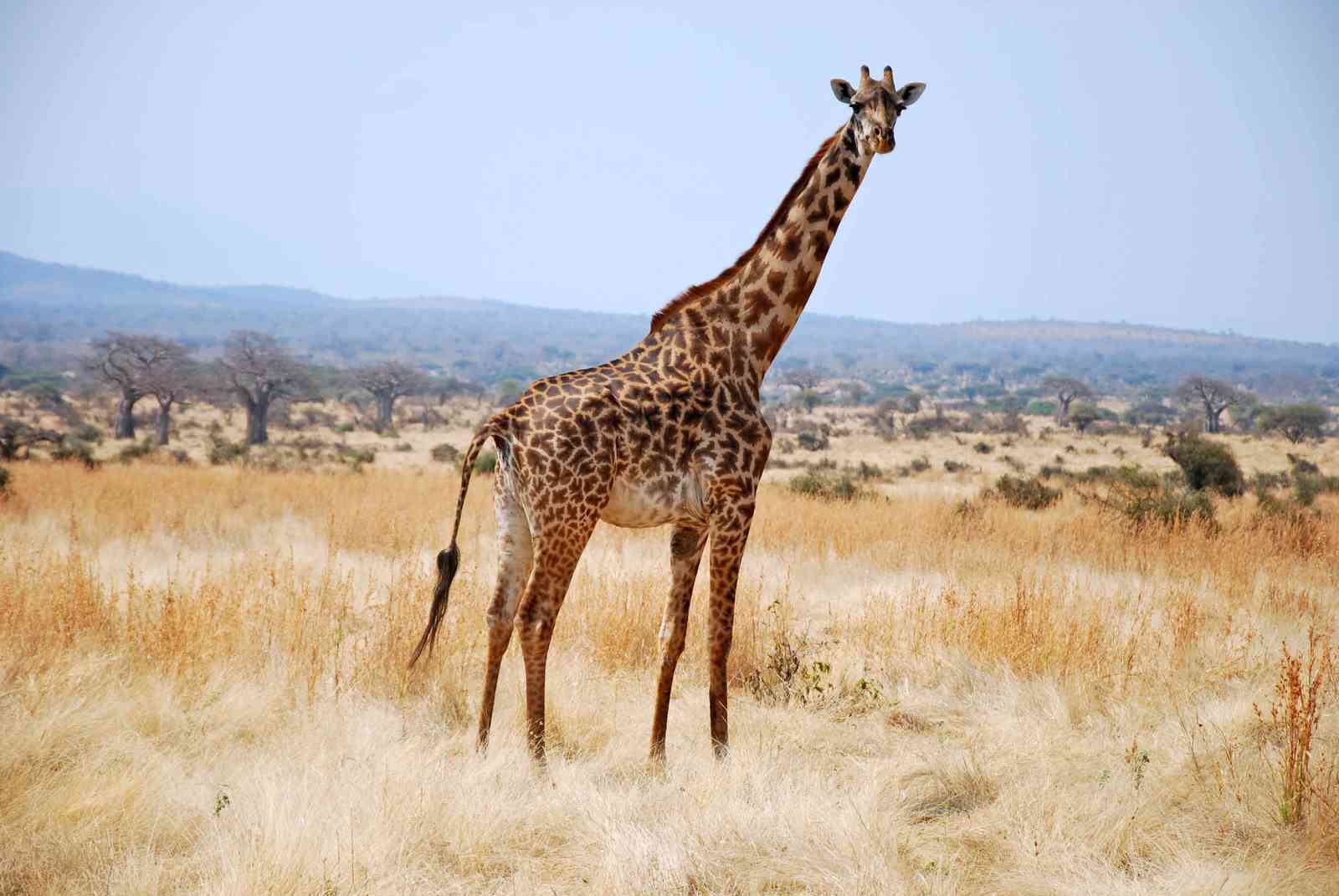 What effect does it have on people to not be so connected and not have a phone to check every ten minutes?

Often they’re a little bit more starved of information than we are, so when we arrive as a film crew they’re almost like those little wind-up teeth, the chatterboxes on two feet? They can’t stop talking, because they want to ask questions and they like company. But it also means that they have an aura of calmness about them.

Have you been tempted you to go and live in the wild for good?

Often. I had a year on an island when I took part in Castaway all those years ago, and I think the reason I keep coming back to this series is because I’d love to find my utopia, my idyllic place to escape from the rest of the world with my family.

I’ve been to many different places now and many of them have had elements of seduction that I’m drawn to, but I’ve never found the full package. That’s what I’m still looking for: the perfect place that ticks every single box. I don’t know if I’ll ever find it and I don’t know if that’s why most of us never actually do start a new life in the wild. The few that have done it have often found their utopia and many of us, I suppose, spend our lives looking for it. 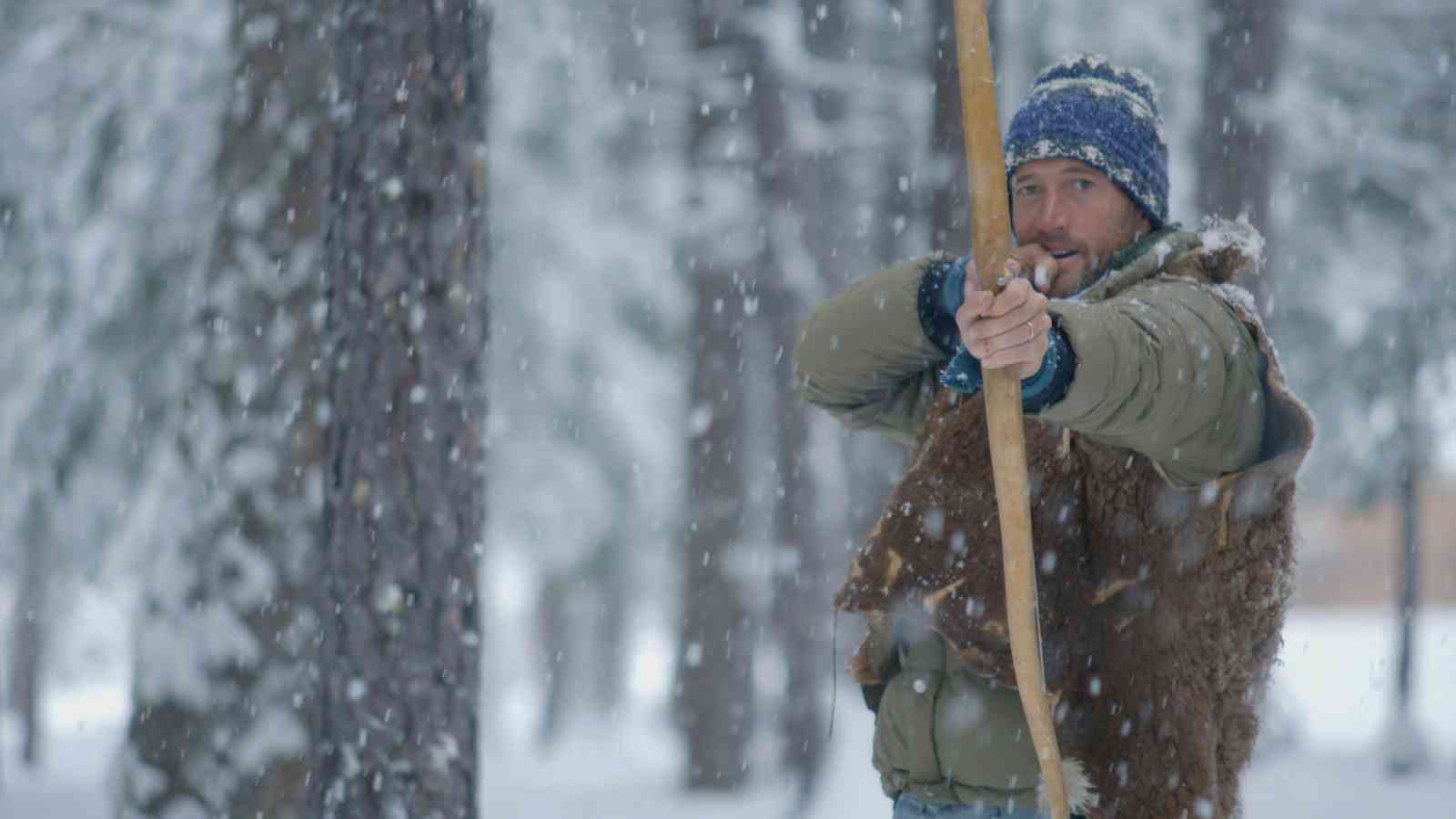 If you did live in a cabin in the woods, what would you miss?

I like the news. I like hearing what’s going on in the world, as depressing as it can often be, so I’d miss being connected to some sort of news outlet.

Probably the row across the Atlantic, just because of the longevity. It was 49 days full of sleep deprivation. It was uncomfortable. It was a really tough challenge. I’ve learnt a lot about myself since then. Everything I’ve done has been a learning curve.

What keeps you going during those challenges?

It’s usually thinking about the last worst thing that I did. I can often look back on a time that was worse than the suffering I’m currently in. So, if I’m about to jump in the water with a ferocious Nile crocodile, as I did, all I had to think back to was the time that I was stuck in Antarctica in a crevasse field, fearing that I was going to drop 1000 metres into a crevasse to an icy death. I look back to previous experiences and it actually kind of strengthens me. 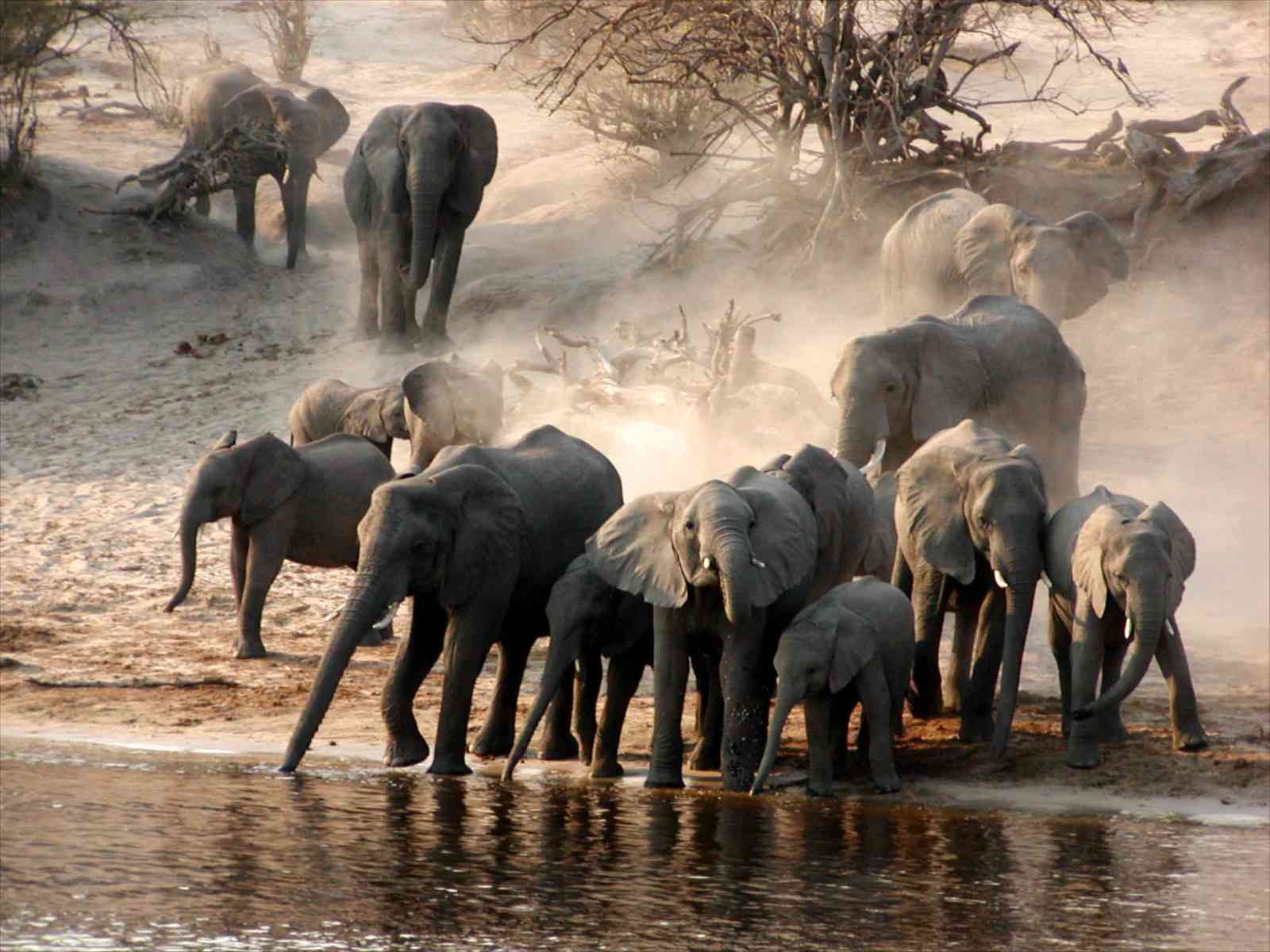 You’ve been involved in several wildlife campaigns. Where do you think the most urgent attention is needed?

We should focus more attention on locals on the ground. A lot of anti-poaching campaigns are obviously looking at the market and that’s right; the Far East market for rhino horns and ivory has to be curtailed, but that is an epically mammoth task. I’m an optimistic person but I can’t help but think there’ll always be people willing to pay a premium, even if you make it deeply unfashionable.

So we need to go right back to the grassroots, to the people living on the ground on a day-to-day basis with these wild animals. What I discovered out in Africa is that being close to all this big nature, it’s not just high-end big white hunters coming in and killing for huge fees. The poachers who are killing the elephants for ivory, a lot of it is small-scale bush hunts from locals who’ve got nothing - they’ve got no incentive to preserve and look after their wildlife.

We need to help the locals understand how valuable this commodity is to them, and we need to root out that poverty at the grassroots level to then start building up towards the bigger picture.

When you’re not writing or working on a TV series, where do you travel for pleasure?

Travel’s a big part of our family. I took the family on a safari in a Land Rover to Tanzania. We went cross-country on our own, pitching our own tents, cooking ourselves - it was very much a DIY safari.

We love going to Europe. We’ve spent a lot of time in Austria, France, Portugal… I really want my kids to understand Europe and how important Europe is and what our neighbours are like.

The new 8-part series of Ben Fogle: New Lives in The Wild starts on Channel 5 on October 25 at 9pm.