How to spend a long weekend in Beirut, Lebanon

Don’t let Beirut’s civil war past put you off a city visit today. With architecture and culture spanning centuries, Lebanon’s capital is a delight to discover, says Paul Clammer... 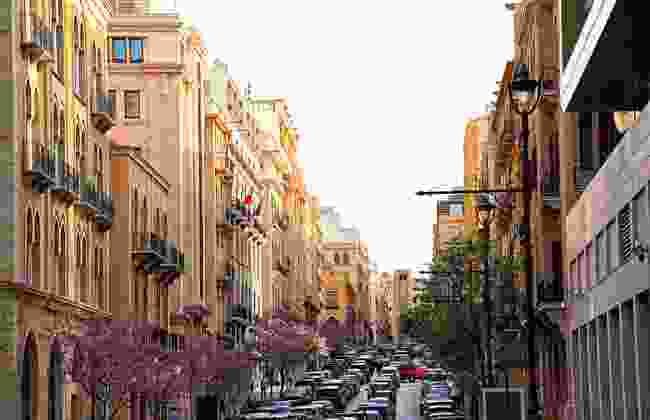 The restaurant waiter had the deepest baritone I’d ever heard. ‘Welcome!’ he boomed, ushering us inside. Menus were battered and the decor looked like it hadn't been updated for decades, but we took our seats with the promise of a good meal.

My partner was a regular diner here when she lived in Beirut more than 15 years earlier. And to our delight, the sta­ff remembered her, overjoyed she’d come back to order her favourite dish.

The experience sums up Beirut: a bit worn around the edges, but keen to welcome you in with an optimistic smile, and feed you until you burst with a succession of tasty meals. I didn’t start to understand the city properly until I began to explore the place on foot. 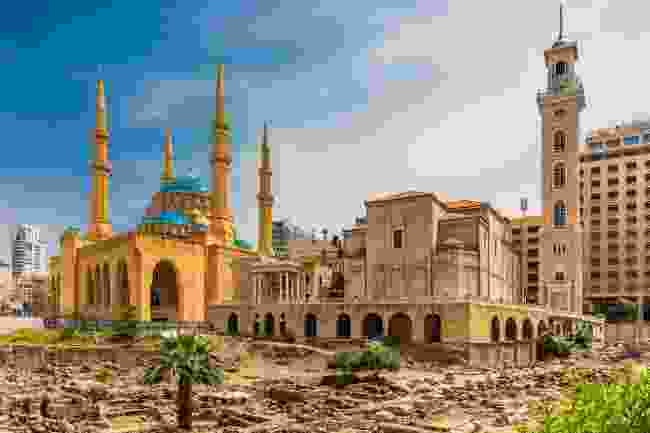 On any given street, I’d come across extraordinary buildings, ranging from Ottoman mansions to 1930s art deco, and concrete brutalism to gleaming modern glass. A new apartment block seemed to float over the remains of a painstakingly reconstructed Roman bath, uncovered during its construction.

Some of the facades of these buildings show the pockmarks of bullet holes from the civil war, but my guide on one of my explorations, Marc Ghazali, was keen to dispel the notion that everything still revolved around a conflict that finished nearly 30 years ago.

There is so much else to talk about, he insisted, and pointed out how the celebrated reconstruction of the ravaged downtown had pushed locals out of the centre, but it had also helped spur creative life in districts that are now buzzing with cafés, galleries and bars.

Beirut has existed for 5,000 years he implied, but it’s a city that’s always looking forward. Beirut is also the centre of a country that’s so small most parts of it can be reached from the capital within little more than two hours.

Throw in its location (less than a five-hour flight from London, with a minimal time zone shift) and pleasing climate, and the city becomes surprisingly ideal for an adventurous getaway… 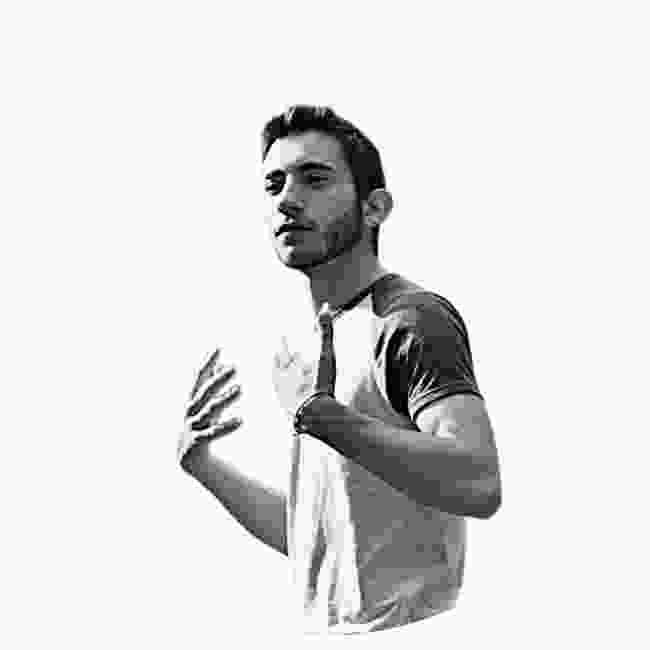 “If you want to find the touristic landmarks in Beirut’s downtown area, find the medallions on the sidewalk with the dolphin symbol.

Follow the trident that will take you to them. You’ll find an info sheet for each one” 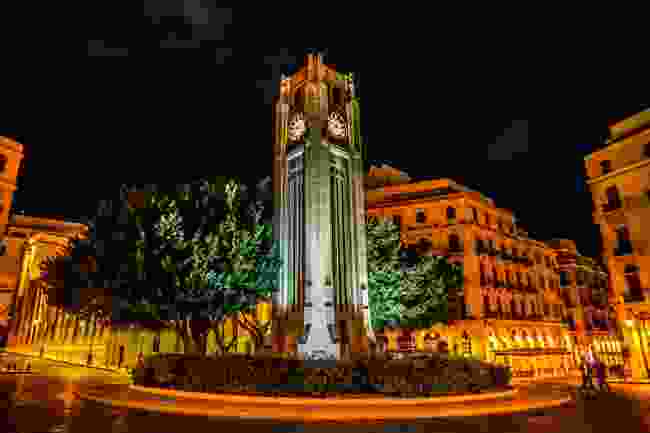 The best way to understand as complex a city as Beirut is to walk its streets. Marc Ghazali of Beirut Urban Tours offers Layers of a Ghost City tours (half day $10/£8) roaming the downtown area, and links sights from the glamorous ‘Paris of the Middle East’ days to post-civil war reconstruction, all on top of ancient Roman remains and Ottoman architecture.

After, refuel with home-cooked snacks at Souk el Tayeb, the first farmers’ market in Beirut, piled high with produce. Head to the artsy Gemmayzeh district to admire the blue dome of the modern Al Amin Mosque and neighbouring St George Cathedral.

The free Sursock Museum has a superb collection of modern Lebanese art, and is perhaps Beirut’s most beautiful building. You can enjoy a glass of wine in the courtyard restaurant.

Finish the day by eating dinner in nearby Mar Mikhael, an area with a plethora of authentic restaurants – as well as plenty of cafés and bars if you want to experience Beirut’s famed nightlife. 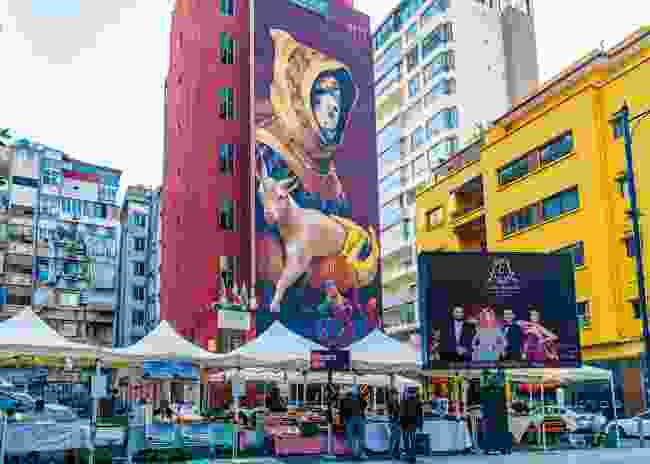 Start the morning by diving into history at the National Museum ($3.50/£2.80). Exhibits date back to the ancient Phoenicians – don’t miss the video explaining how the museum, protected its collections through the civil war.

A powerful monument to the war is nearby at the cultural centre Beit Beirut, an Ottoman villa once on the frontline that shows both its scars and some smart modern architectural intervention.

You can eat and drink to your heart’s content all day on Taste Lebanon’s Beirut Bites tour (prices from $150/£121). Or head to Hamra district, known for its many fine cafés, restaurants and street art.

Wind up as all Beirutis do, people-spotting on the Corniche, the mile-long promenade looking over the Mediterranean. 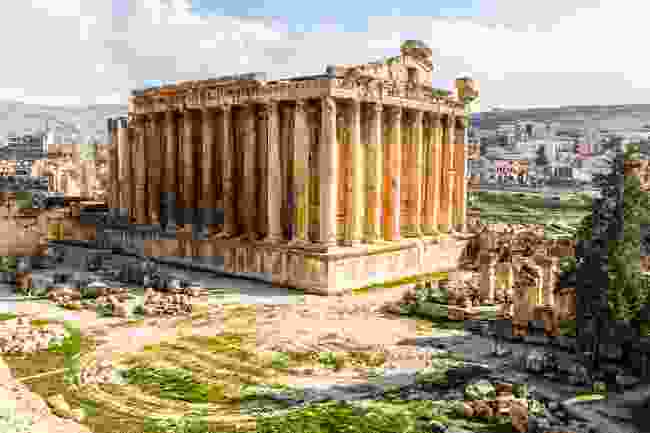 Get out of the city with a day trip to Baalbek, a town continuously inhabited for 3,000 years. At its heart is the imposing Temple of Bacchus, erected by the Romans and one of the ancient world’s mightiest sights.

Baalbek sits in the wide and fertile Bekaa Valley, Lebanon’s breadbasket – and vineyard. Many wineries are open for tastings, including the country’s oldest Chateau Ksara (wine tours from $3.30/£3), founded in 1857.

Near Aanjar, the winery has a remarkably intact collection of Ottoman-era ruins. The waters that feed the Bekaa’s grapes also feed into one of Lebanon’s largest freshwater nature reserves, the Aamiq Wetland, which offers great walks and birdwatching.

Eat locally at the Tawlet Ammiq eco-restaurant, which celebrates the food culture of the valley.

When should you visit Beirut? Temperatures are perfect for exploring in April, May and June, then September to November. Beirut summers are notoriously hot and humid, though often with clear skies, with temps soaring to heights of 31°C in August.

Winter can be rainy but offers skiing in the mountains until March. In Beirut specifically, you can expect lows of 10°C in January - with possible highs of 18°C.

3 more side trips you can take from Beirut 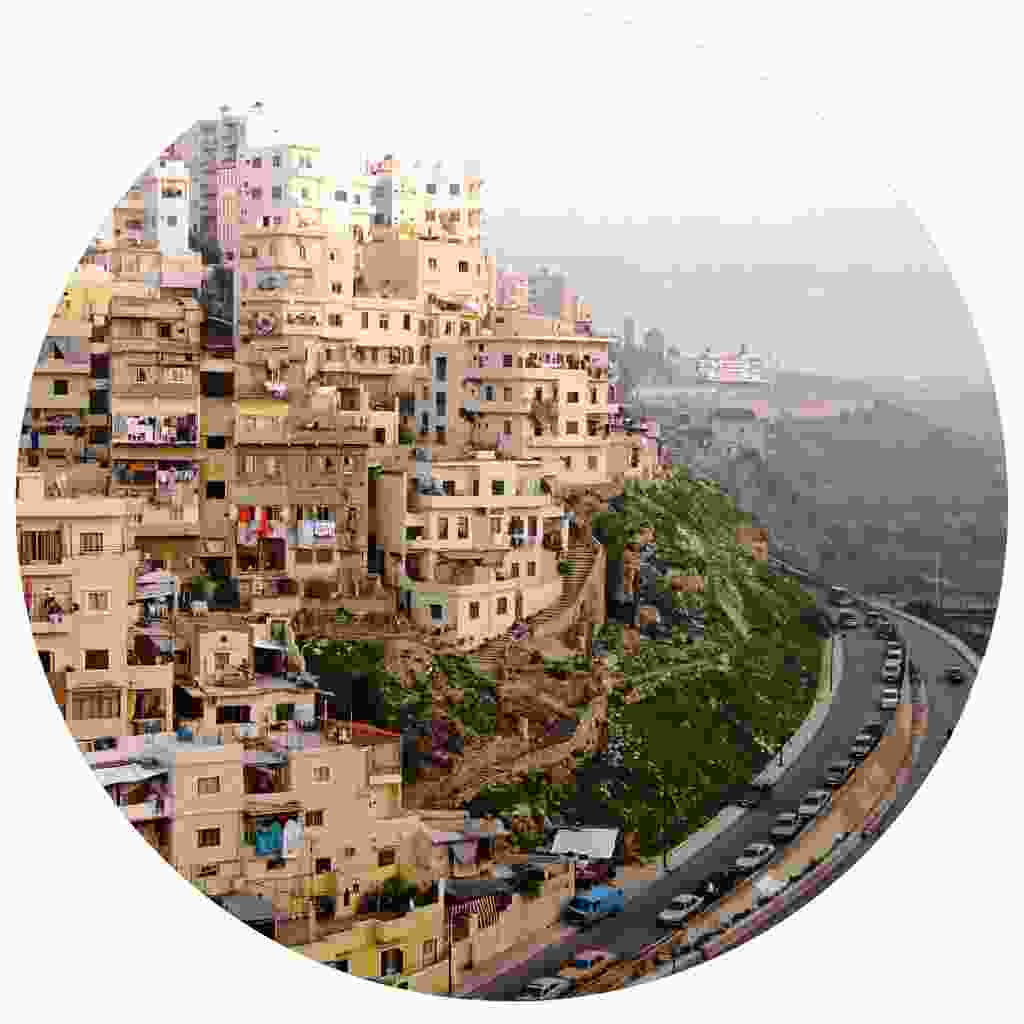 Its fine stone souks date back 600 years, with historic hammams, mosques and courtyard warehouses revealing themselves on each street.

Overlooking them all are the impressive ramparts of a 12th-century crusader castle, guarding views over the old city and port. 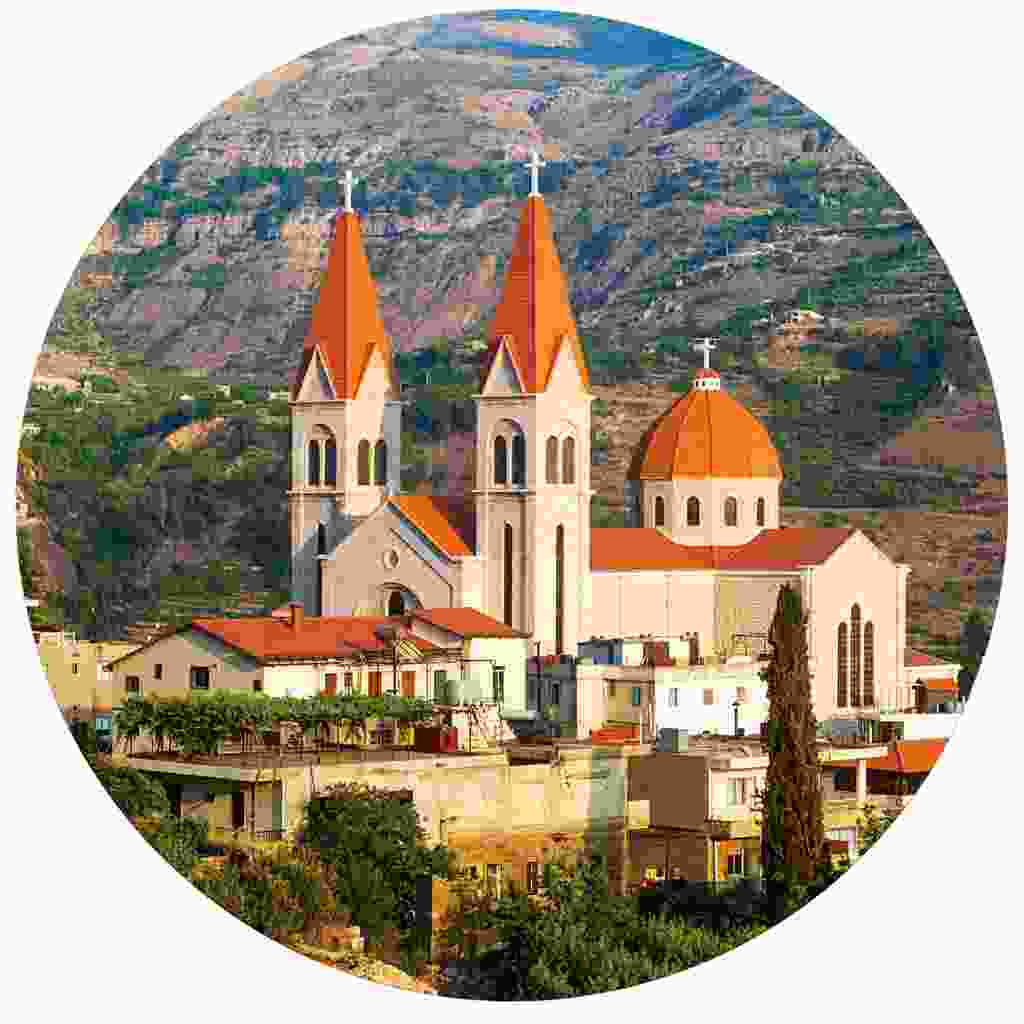 This picturesque valley tucked into the northern mountains contains a host of ancient monasteries, as well as one of the oldest stands of cedars of Lebanon in the country.

Nearby Bcharré is the last resting place of the poet Khalil Gibran, and has a mountainside museum dedicated to his life.

For hikers, the Kadisha Valley makes up part of the countrywide Lebanon Mountain Trail. 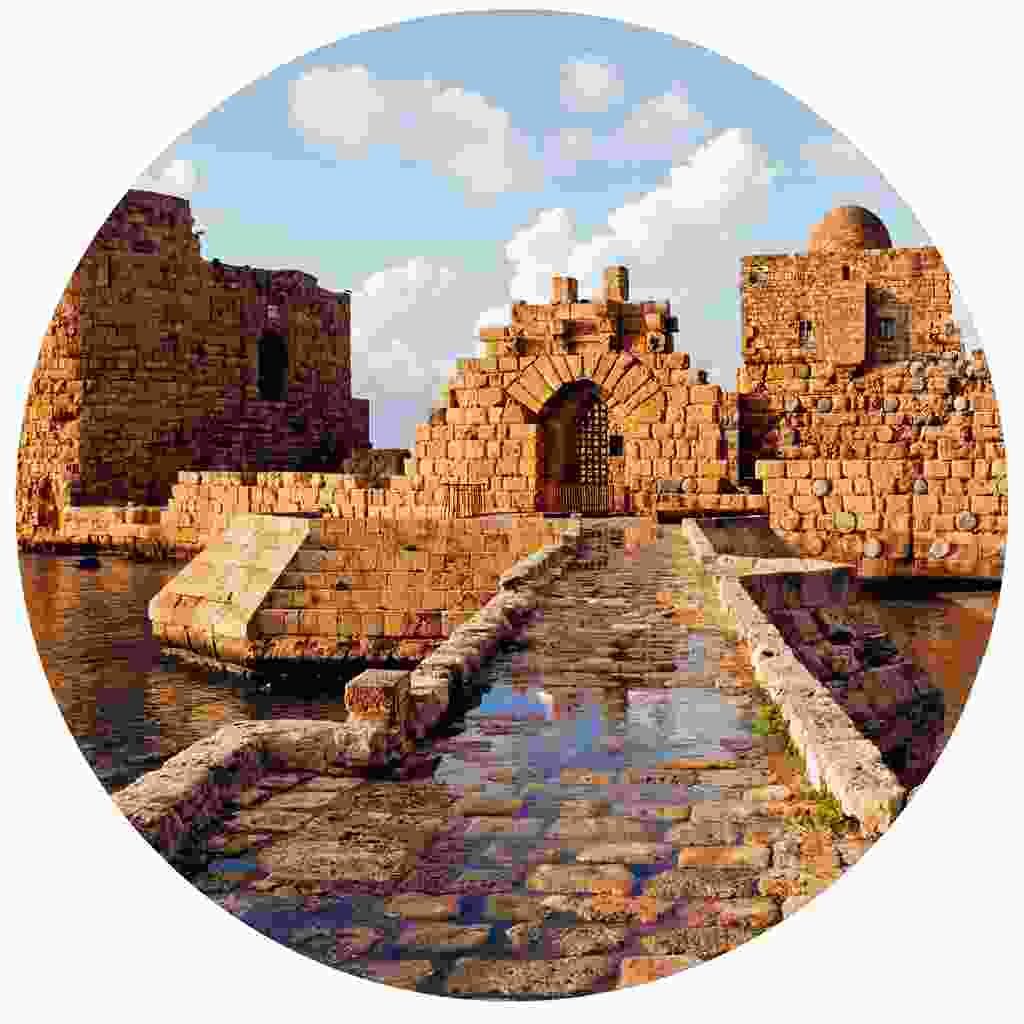 In southern Lebanon, the medieval port of Sidon (Saida) is perfect for exploring on foot, and there’s plenty to admire – from its Ottoman mosques and souks to a fascinating traditional soap museum, and the crusader sea castle guarding the port.

Nearby Tyre (Sour) revels in its antiquity with Roman ruins galore, as well as the Tyre Coast Nature Reserve, which can be explored by foot, bike or kayak.

Revealed: The best tours of Egypt

Hiking in the Kadisha Valley