How to get into birdwatching on your travels

Keen to get into birdwatching when you're travelling, but not sure how? Sometimes a lack of know-how or equipment stops us getting started. These handy tips show it’s easier than you think...

What do I need? 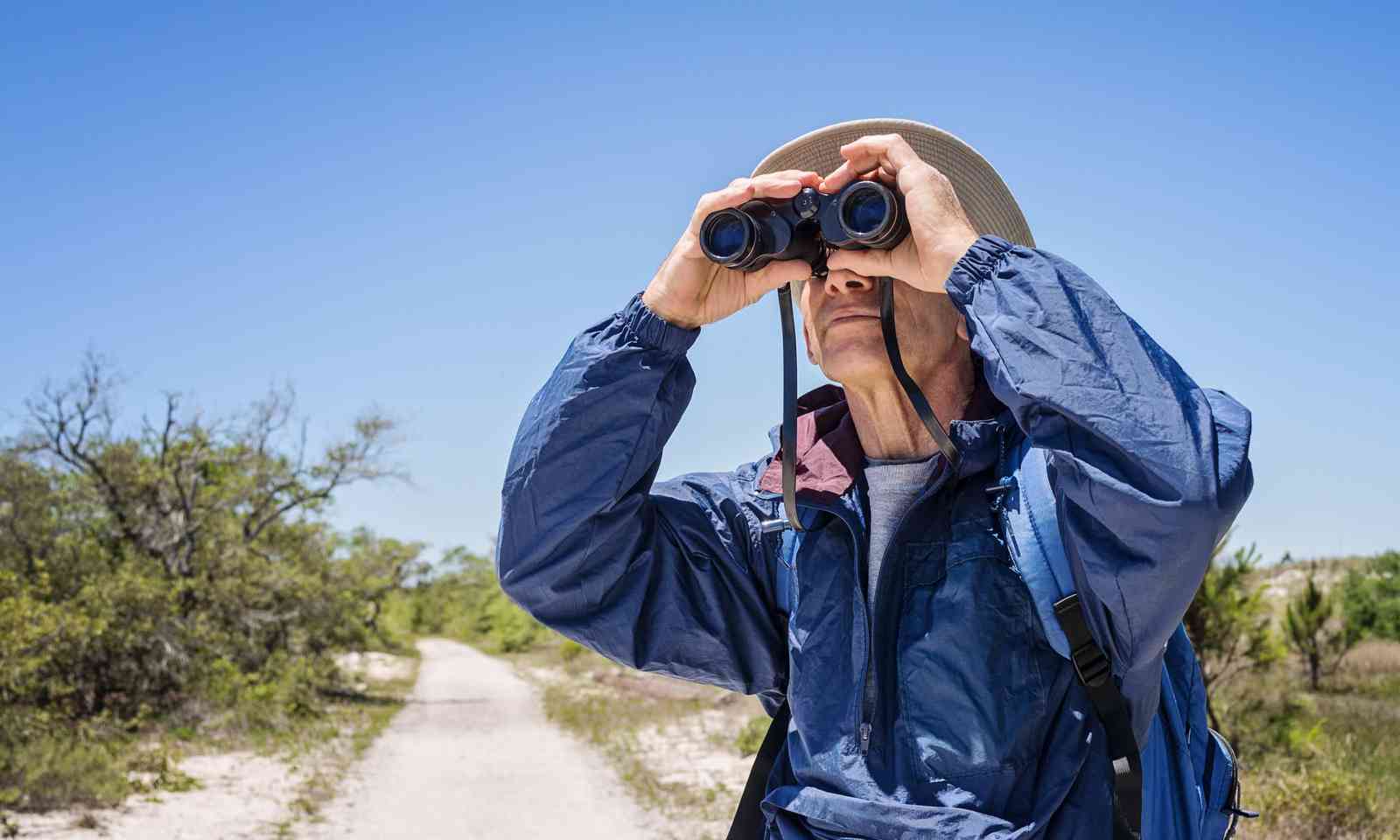 Many people think birding is an art that takes years to hone, but you can pick up the basics easily. In fact, there’s nothing stopping you from starting either at home or on your next trip. “The most essential piece of kit is your natural awareness,” says birding expert David Lindo. “Train yourself to stop occasionally and tune yourself into the nature around you.”

Once you’ve got a keen eye and developed an ear for your surroundings, you’ll start noticing more. But your own optics can only take you so far. The skittish nature of birds means you’re never guaranteed a close-up glimpse, so you’re going to need a pair of binoculars. Thankfully, you don’t need to remortgage your house for a decent pair.

“There are some remarkably good pairs for less than £150,” explains Matt Merritt, editor of Birdwatching magazine. “Even for £300, some extra-low dispersion binoculars [which improve focus at long distances] can match the optics of £2,000 models."

Good, compact models can be found for your travels, too. But don’t scrimp too much, as inferior models can potentially damage your eyes. Try to road test a set before buying, or chat to experienced birders for their opinion.

A field guide (many also come as apps for your tablet or phone) for the area in which you’re travelling is also a useful research tool and will become your Go-To when in the wild.

When starting out, just admiring a bird’s movements and characteristics can build your awareness. But as your interest grows, you’ll naturally want to know what types of species you’re encountering, too. “Wherever you are in the world, try and learn a handful of the most common birds,” says Matt. “Then, you can use those as yardsticks against anything more unusual.”

Taking notes is also useful. Scribble down a bird’s size, leg length, the shape of its bill and distinctive colours, where possible, and then compare it to your field guide until you’re confident you’ve found the species. “Habitat can be a useful clue to help aid in identification as well,” adds Mark Ward of the Royal Society for the Protection of Birds (RSPB). “For example, if it has long legs and is found poking its beak into a muddy beach, it’s likely a wader."

Try and prepare for times when you won’t be able to spot the bird straight away. For example: “Learning bird songs and calls can be really useful,” says Liz Gordon from the American Birding Association. Practice is important, so try to gain experience in areas near you before you start travelling.

Take it on your travels 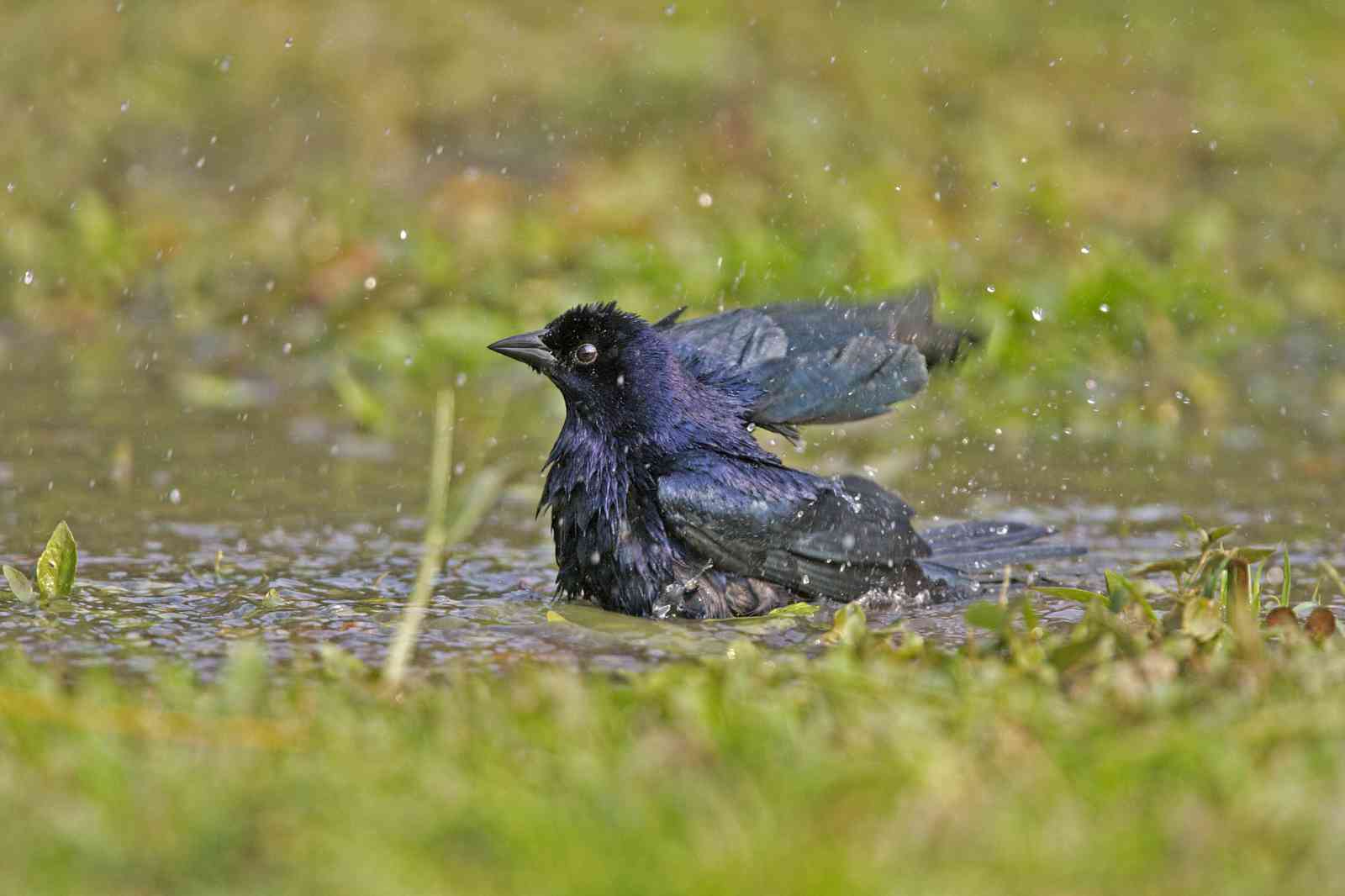 Birdwatching is easy to build into your travels. Before you go, though, Matt advises that you do some research into the species near the sites you’re planning to visit.

Trips to reserves often promise a greater array of sightings, but you often don’t need to alter your itinerary at all. For example, if you’re wandering Berlin, keep an eye out for nightingales or goshawks near the Brandenburg Gate. Alternatively, tilt your head skyward in Buenos Aires for views of great kiskadees and shiny cowbirds.

“You’ll find birds provide a natural soundtrack to your trip, also helping you to identify them,” adds Mark, “whether it’s the squawking of parrots or beautiful songbirds.”

An easy way to turn your trip into a natural adventure is to find a dedicated birding tour. “Travelling with like-minded people will help improve your skills and your passion,” says Liz. Swapping notes helps, too.

“Never be afraid to ask birders for help," adds David. “They’re a forgiving lot and love to impart knowledge.”

However eager you are to identify every bird you spot, you shouldn’t be worried if you can’t. Birdwatching can easily become a box-ticking exercise, when it shouldn’t be. “But don’t get lazy and accept the identity of birds from others,” warns David. “Ask yourself questions about its appearance and come to your own conclusion.”

Overzealous, misinformed practices can also harm birds. Keeping noise to a bare minimum is a well-known unwritten rule, but also keep your distance when spotting, especially if the birds are breeding. “You should likewise avoid playing bird songs and calls off your phone or other devices,” explains Matt. “It can really distress birds, as it makes them believe others are nearby.” 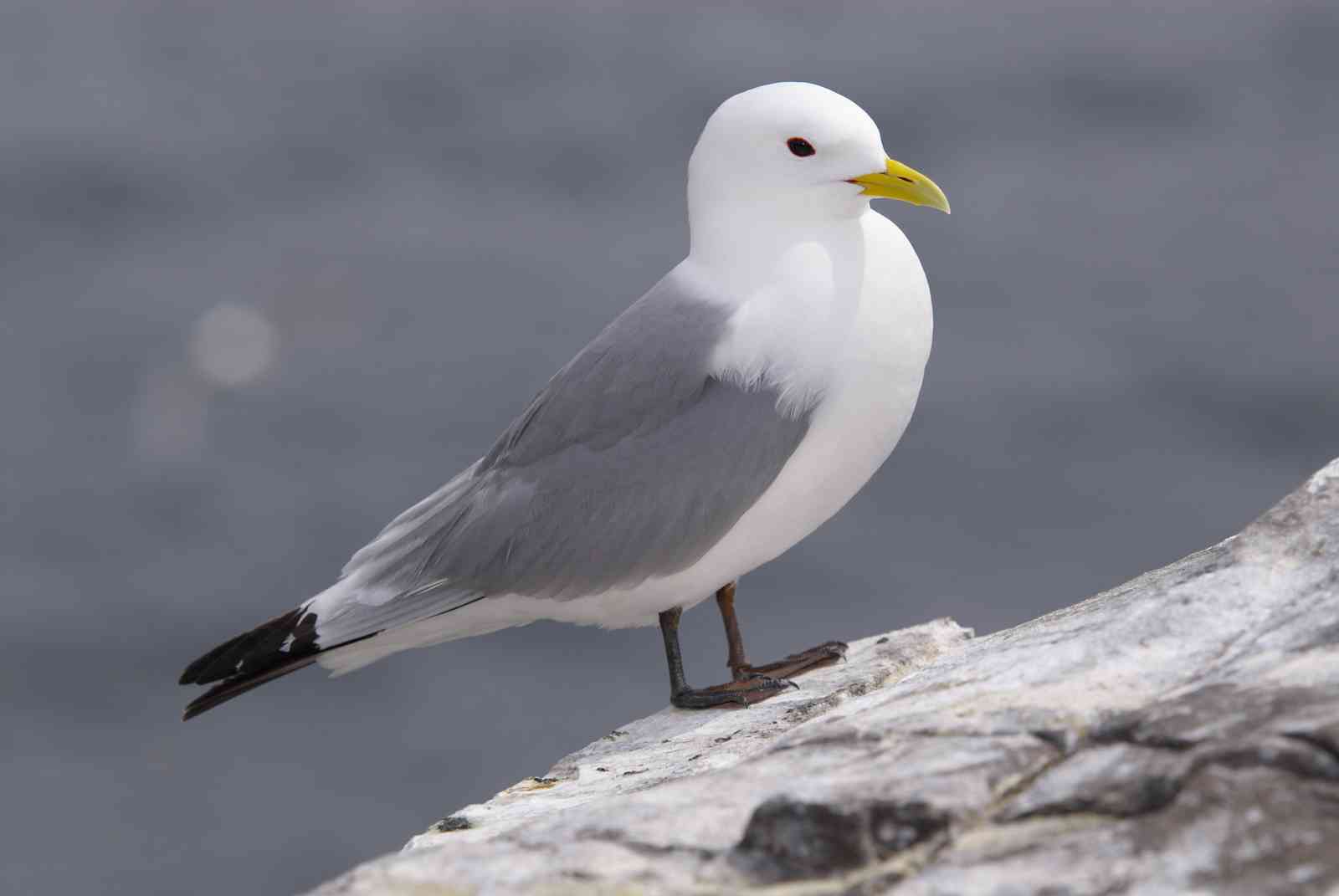 After tuning your eyes and ears in your own backyard, you’ll want to try your birding skills further afield. The UK boasts some fine areas to spot birds, from the avocets at RSPB’s Minsmere reserve in Suffolk to kittiwakes and puffins in Northumberland. But Britain aside, the world is your oystercatcher.

In Europe, Matt recommends both Spain and Portugal for their year-round birdlife, which isn’t outlandishly different to that found in the UK. Beyond, Africa has plenty of large wading birds, such as storks and flamingos, with Gambia (home to over 500 species) and Madagascar, which has a large number of endemic birdlife, especially good. Australia also has plenty of colourful species, especially in the rainforests of Queensland.

But wherever you go, you’ll see something remarkable, whether stood on the balcony of a New York City hotel or deep in the Amazon. All you have to do is look around you.

Birding beginner Rebecca on how she focused her eagle eyes… 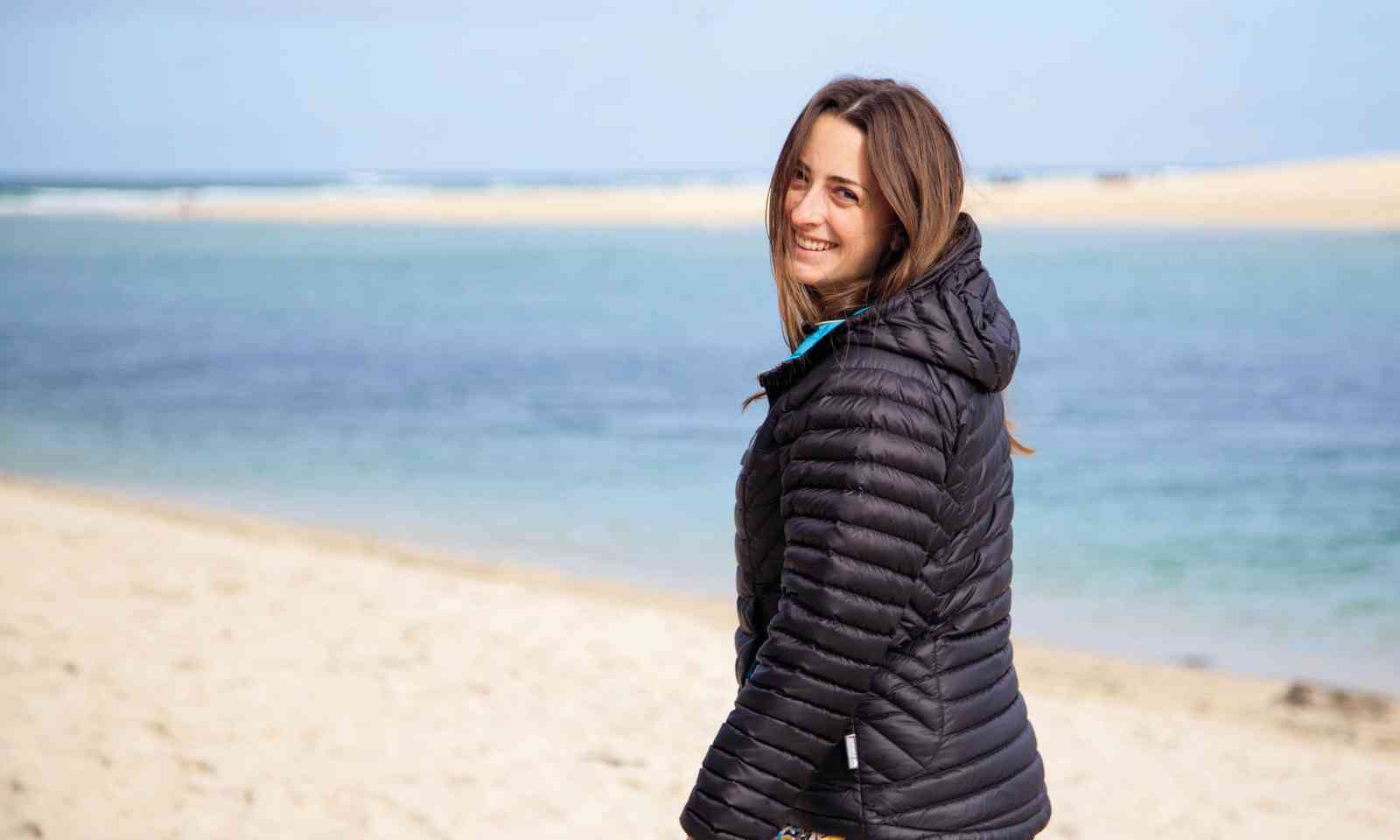 Why did you get into birdwatching?

My parents are keen birdwatchers but I was never that interested. As I’ve got older, I’ve become more curious about it. But it’s only recently, since I’ve moved to the countryside, that I’ve started birdwatching. We have so many birds in the garden.

How hard was it to get started?

Beyond the obvious – robin, blackbird, woodpecker – I didn’t have a clue, so it was quite daunting. Bird books require you to have an idea of what the bird is, then you can look it up and check. Instead, I focused on just trying to identify the birds in our garden. As I saw them regularly, it was easier to learn and remember. It was also handy when I visited nearby places like Avalon Marshes and Dartmoor NP.

What techniques did you use to help you better identify birds?

The bird identifier on the RSPB’s website is helpful but it assumes you’ve had a good look at the bird, and you need to already have some knowledge. Taking photos is invaluable in being able to identify birds, and having a camera-equipped smartphone means it’s easy to get a subtle snap, even if it’s not great quality. They’ll jog your memory later on, when looking up its features.

What are the no-nos?

Getting overexcited and moving too suddenly. Stealth is key.

What other advice do you have?

Birdwatching can seem overwhelming at first. There are so many different types of birds, and everyone else seems to be so knowledgeable. But once you know a handful, it becomes easier to identify others, as you know what to look out for and what is similar.

Will you carry on birdwatching?

Definitely. Once you’ve started, I don’t think you can stop. There are birds all around us, so you’re always watching.