A river runs through it: 5 beautiful waterways that you might not have heard of

Celebrating World Rivers Day (Sept 24) with rich waterways that don't get the attention they deserve, from Colombia's river of rainbows to rivers in India and Turkey that nurtured civilisations 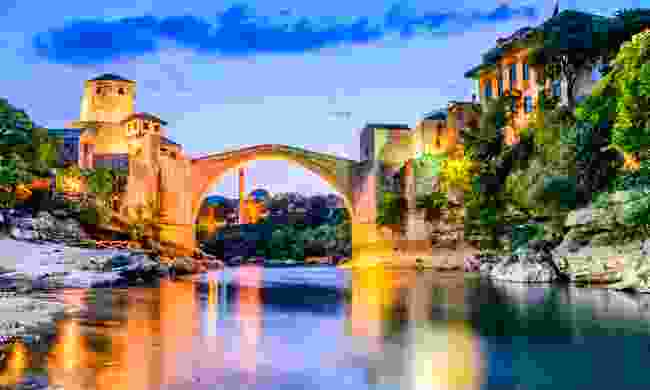 Stari Most in Mostar (Dreamstime)

The largest river in the eastern part of the Adriatic basin, the Neretva is regarded as one of the most valuable natural resources in Bosnia and Herzegovina. It provides water, generates power and protects villages from floods, but to locals and visitors, it is its natural beauty and diverse landscapes that make the biggest impression.

Starting high in the Dinaric Alps and fed by glacial lakes, it makes its way through canyons and valleys to the Adriatic, not far from Dubrovnik.

The river is at its most picturesque in the ancient city of Mostar, where the river flows under the city’s Stari Most (Old Bridge). The bridge was first built in the 16th century by the Ottamans and the city takes its name from the Mostari (gate keepers) who guarded the bridge in medieval times. It was famously destroyed during the Balkans Wars and rebuilt in 2004, resuming its role as an icon of the city and a symbol of reconciliation. 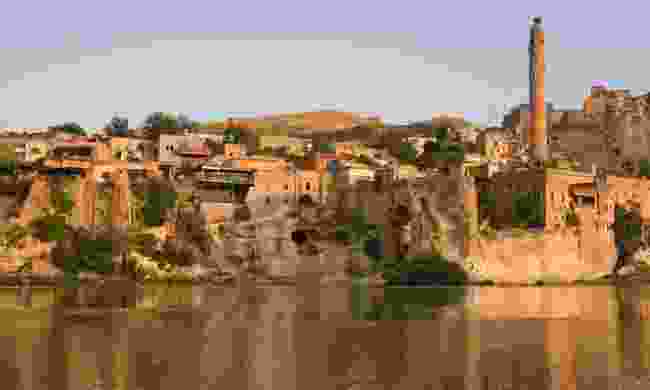 Starting high in the Taurus Mountains in eastern Turkey and travelling 1,750 kilometres south through Syria and Iraq, the Tigris is the lifeblood of Mesopotamia, a region known as the cradle of civilisation. The ancient Sumerians believe it was created by the god, Enki and it is mentioned in the Book of Genesis in the Bible as one of the four rivers branching out of the Garden of Eden.

Conflict in the region means that much of the river is out of bounds for travellers. The Iraqi capital, Baghdad, is built on its banks, and the river forms part of the border between Syria and Turkey. But, for the moment at least, the ancient city of Hasankeyf in Turkey, one of the river’s treasures, is open to visitors.

An important commercial centre on the Silk Road, Hasankeyf is one of the oldest continuously inhabited settlements in the world. The limestone cliffs that surround the city are riddled with man-made caves and the city itself is home to monuments created by various civilisations that have passed through during its 10,000 year-old history. The city is in many ways an open-air museum.

Hasankeyf’s existence is threatened by the construction of the nearby Ilisu Dam, but there are plans to move its greatest treasures to a cultural park nearby, much in the manner of Abu Simbel in Egypt. 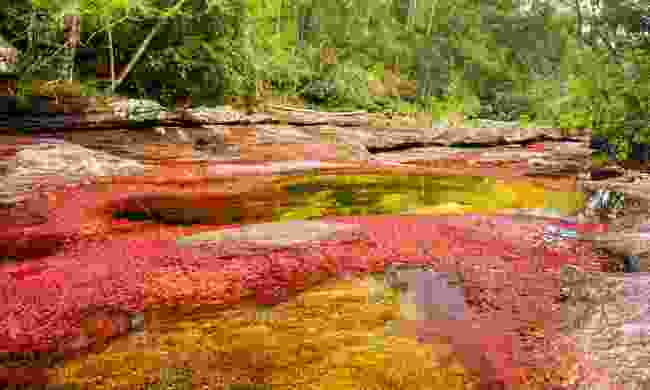 The Colombians have a number of names for the Caño Cristales, a river located in the Serrania de la Macarena province of Meta. Some call it the ‘Liquid Rainbow’, others, the ‘River of Five Colours’. The more poetic say it is ‘the river that ran away from paradise.’ For most visitors, however, the extraordinarily vibrant colours of the river leaves them lost for words.

For a brief period during Colombia’s dry season, the river ‘blossoms’, creating an explosion of vibrant colours. It is a phenomenon created by Macarenia clavigera, a plant that lines the river floor and turns red when the water slows. Combined with dashes of yellow sand, blue water and other green plants, it creates a kaleidoscope of patterns and colours unlike any other river in the world.

The river lies in the heart of the Serrania de la Macarena National Park. The site was closed for many years, but with the end of the conflict in the region, it has reopened to tourists. The river can be reached by foot or by horseback. All visitors must be accompanied by a guide. 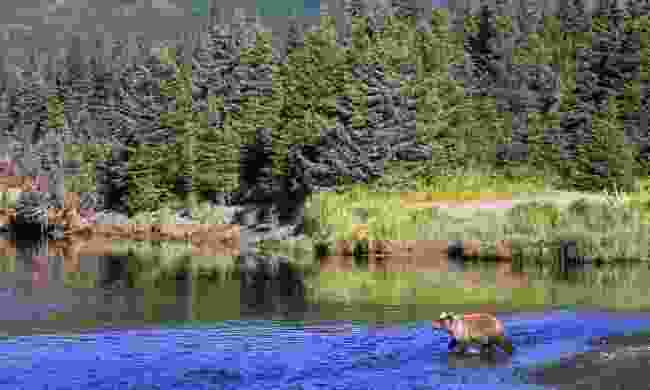 A bear scouting for salmon in Kenai Lake, Alaska (Dreamstime)

The Kenai is a meltwater river in south-central Alaska and widely regarded as the most beautiful in the state. Starting at Lake Kenai, it runs 132 kilometres through the Kenai National Wildlife Refuge and Skilak Lake to Cook Inlet on the Pacific coast. It is Alaska’s most popular sport-fishing river and is famous for its enormous king salmon. The world record king salmon was caught here in 1985, weighing in at a staggering 44 kilograms.

The river is also famous for its colour, a striking shade of turquoise, and the wildlife that congregates on its banks. The best place to spot wildlife is at the river flats, roughly seven kilometres up from the river mouth, where birds, seals, moose and caribou are all easily spotted. It is also a good base for exploring the rest of the Kenai Pensinsula, known as ‘Alaska in Miniature’ because it boasts every Alaskan wildlife habitat, except Arctic tundra. 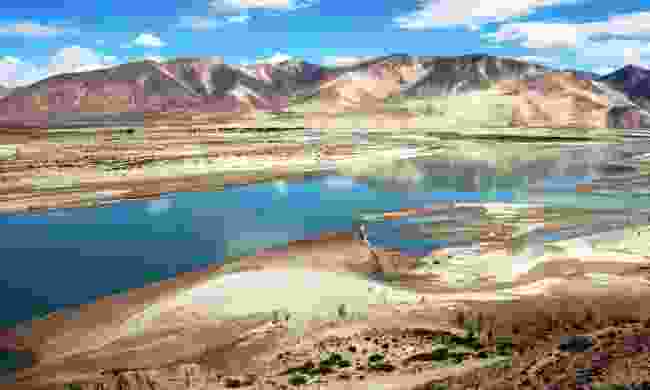 The Brahmaputra in Tibet (Dreamstime)

Starting at the Angsi Glacier in Tibet and flowing 3,848 kilometres to the Ganges Delta in Bangladesh, the Brahmaputra may not be as famous as its sister, the Ganges, but it is just as important and beautiful. One of the few Indian rivers to have a ‘male’ name, it is vital for both irrigation and transportation. Even the annual flooding, caused by snow melting high in the Himalaya, has its benefits, coating fields in rich, alluvial mud.

In Tibet, the river and its tributaries will take you through the ‘Grand Canyon’ of the Tsangpo, past Lhasa and into the Indian state of Arunachal Pradesh and into the Assam Valley. Here the river is at its widest, up to 20 kilometres wide in some parts. Between Dibrugarh and Lakhimpur, it divides in two, forming Majuli Island, the largest river island in the world. Finally, in Bangladesh, it joins the Meghna River near Dhaka for its final journey to the Ganges Delta and the Bay of Bengal.