7 wildlife tours inspired by the BBC’s Seven Worlds, One Planet

From vast colonies of penguins in Antarctica to Africa’s shyest mammals, these trips offer a VIP backstage introduction to the wildlife stars of the Attenborough-narrated Seven Worlds, One Planet series... 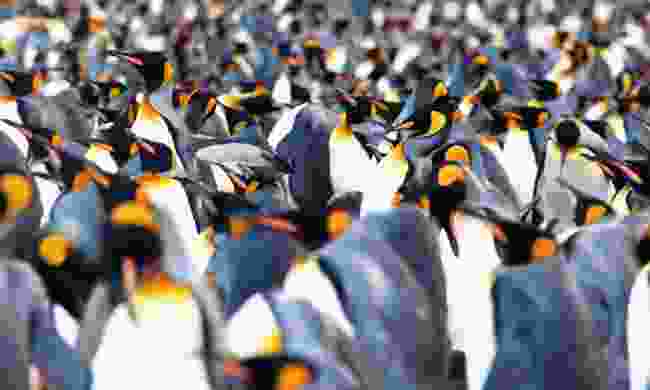 Witness wildlife on a vast scale as you visit the beach where king penguins and elephant seals battled for territory in the first episode of the series, on this epic journey to South Georgia Island and Antarctica with Quark Expeditions.

You’ll experience supersized landscapes and wildlife, visiting the vast penguin rookeries of South Georgia, exploring abandoned whaling stations and finally, setting foot on Antarctica itself. Zodiac excursions will take you amongst massive icebergs and up close to the whales, seals and penguins that call this part of the world home.

Back on board, you’ll enjoy high quality food and accommodation, as well as informative lectures and presentations from some of the world’s leading polar experts. 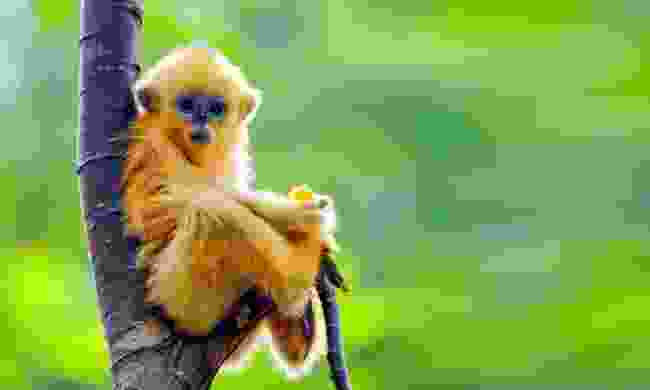 The gang of cheeky golden snub-nosed monkeys were the undisputed stars of the series' second episode on Asia. You’ll get to see them in their natural home – as well as their equally cute neighbours the red panda – this wildlife adventure through Sichuan with Wildlife Worldwide.

Set in the upper reaches of the Yangtze River Valley, Sichuan is one of the few Chinese provinces that offers reliable sightings for many of the country's mammals. You’ll visit both the Labahe Forest Reserve and Tangjiahe Nature Reserve in search of red pandas, before heading to the more mountainous regions of the Tibetan Plateau in search of Pallas's cat. 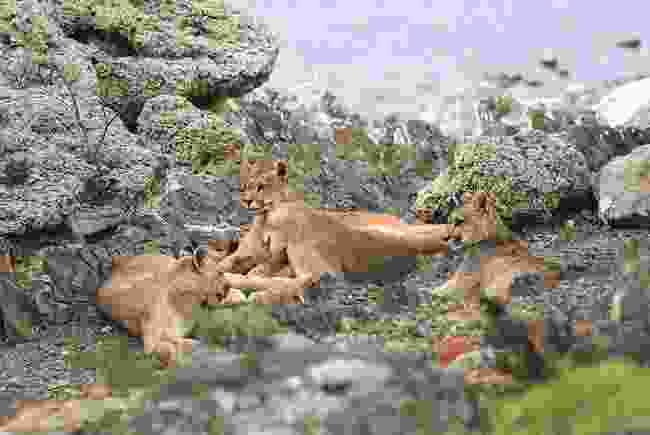 Sarmiento and her cubs (Phoebe Smith)

The story of Sarmiento, a female puma in Patagonia, provided the most compelling moments in the episode on South America. You’ll be able to check up on her progress first hand on this trip tracking and photographing in Torres del Paine National Park with Wildlife Worldwide.

Using the innovative, award-winning EcoCamp Patagonia as your base, you’ll be accompany leading Chilean photographer and wildlife professional, Diego Araya, in search of Sarmiento and other Andean pumas, as well as endangered South Andean deer.

All in one of the most breathtakingly epic environments on the planet. A true wildlife adventure.

When: Oct to Mar

4. Australia: Chasing cassowaries in the Daintree 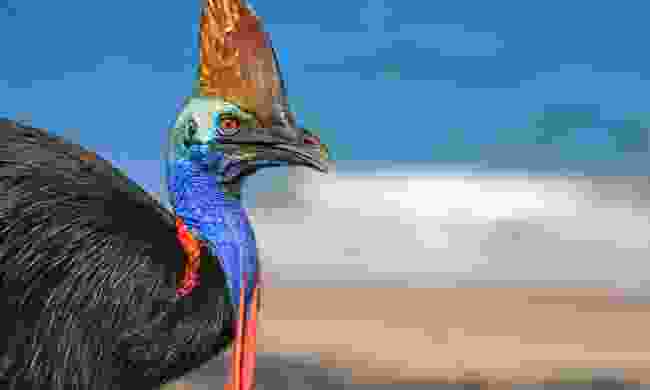 A cassowary on the beach in Daintree (Shutterstock)

With its vibrant blue plumage and threatening-looking helmet, the startlingly pre-historic cassowary made quite an impression in the episode on Australia. You’ll get to see one in the wild – as well as some of North Queensland’s more friendly inhabitants – on this small group adventure through the Daintree National Park with Intrepid.

It’s a five-day journey through one of world’s oldest tropical rainforest, where the treeline meets empty white sand beaches, a paradise that the Kuku Yalanji people have called home for 50,000 years.

A First Nations guide will share their knowledge on local plants and wildlife, leading you through a private area of the rainforest not open to the general public and a favourite haunt of cassowaries. Expect crocs, cassowaries and pristine, rainforest-rimmed beaches as well as the comfort of four-star resort accommodation. 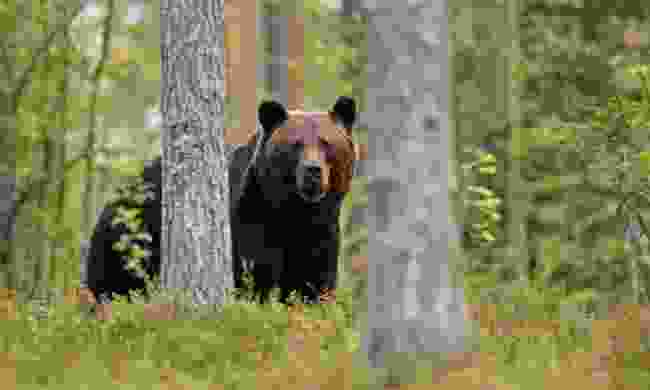 A brown bear in Finland (Shutterstock)

Finland’s photogenic brown bears made a star turn in the episode on Europe. You’ll get the chance to add them to your album of wildlife favourites on this bear watching tour in Finnish Lapland with Best Served Scandinavia.

You’ll stay in a rustic timber lodge, enjoying full-board dining using fresh, local ingredients. And as well as bear watching, you can go lake canoeing, indulge in a traditional Finnish sauna or go on a guided ecologically themed hike. Summer, when the Midnight Sun never sets, offers a 99% bear-spotting success rate. Autumn provides the chance to see the Northern Lights as well. 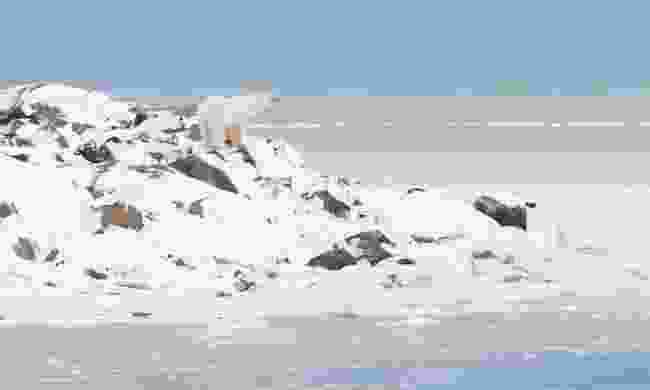 In the episode on North America it was the white bears that captured the imagination  as Churchill in Canada’s most famous residents jumped into the sea to hunt Beluga whales. You’ll get the chance to witness that spectacle first hand on the classic polar bear adventure with Discover The World.

You’ll get to watch the world’s greatest concentration of polar bears in the intimacy of a small group, including two full days and an evening excursion out onto the Arctic tundra where the bears are the most active. Expect unobstructed views over the Arctic tundra, polar bears and other wildlife including Arctic hare, Arctic fox and even snowy owls.

Fingers crossed - you might even get to see the Northern Lights!

Who: Discover The World

7. Africa: Meet the shy and impossible 5 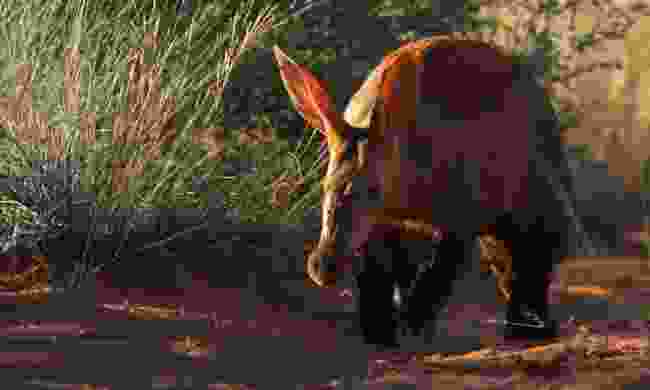 Remember the incredibly cute pangolins and aardvarks in the episode on Africa? This specialist safari, based out of two of South Africa’s best camps, is dedicated to introducing you to these elusive creatures, as well as meerkats, porcupines, aardwolves, Cape mountain leopards, riverine rabbits and white lions.

Shy, and almost impossible to find, spotting these creatures is one of Africa’s rarest wildlife treats.

When: Dates available throughout the year

Check out our episode guide for Seven Worlds, One Planet

10 top trips to discover wildlife and nature in the UK