Avoiding the crowds on your UK stay this year

With so many Brits intending to holiday in the UK this year the well-known honeypots risk being over-run. But fear not, as there are plenty of gems where you can still enjoy crowd-free breaks

Scotland has become deservedly popular with visitors from around the world in recent years, with the Highlands and the North Coast 500 road trip catching the imagination of many. But in Scotland’s south-west is a quiet and overlooked corner which may not have quite so much dramatic scenery but it is still very beautiful. It even has its own defined roadtrip - the South West Coastal 300. Taking in the lovely coastline of the Solway Forth it also passes through the hill country of the Southern Uplands and pretty villages and towns, including colourful Kirkcudbright, ‘The Artist’s Town’.

This is the land of Robert Burns, and you’ll come away with a richer appreciation of Scotland’s history and culture. Visit the various distilleries and the country’s highest micro-brewery- found in Wanlockhead (where you can also pan for gold) it has the unforgettable strapline of ‘Beer with Altitude!’ 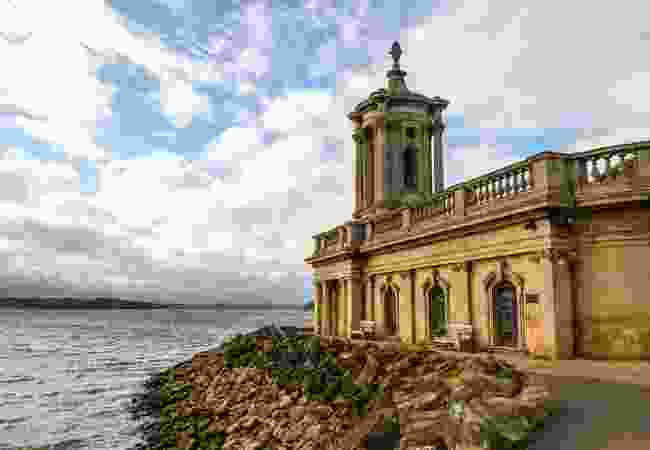 Rutland may be England’s smallest county but it proves that size isn’t everything. And it does have one thing that the Cotswolds doesn't - Rutland Water. The largest manmade lake in England, it is not only scenic but offers activities galore. Walk or cycle its shores - the full circuit is 24 miles but there are plenty of smaller tracks and routes. Active types can try sailing, canoeing, windsurfing or paddleboarding. Or simply take a cruise on the Rutland Belle.

Bird watchers will enjoy exploring the world-famous nature reserve here, home to the annual BirdFair (“Glastonbury for birders”). And even if you can’t tell a wigeon from a pochard, you will feel a sense of awe when you see one of Rutland’s beautiful ospreys fishing over the waters. The historic market town of Church Stretton is sometimes referred to as “Little Switzerland”, which gives you some idea of the scenery here. Admittedly, we are talking hills rather than mountains, but what rugged hills they are, roamed by wild ponies and soared over by red kites. This AONB (Area of Outstanding Natural Beauty) is situated in the Welsh Marches and includes craggy tors formed of quartzite, to heather-strewn moorland and a patchwork of fields.

Stay in Church Stretton itself or one of the rural B&Bs that dot the area and offer walking from the door. The beautiful market town of Ludlow, just to the south, appeals to history lovers and foodies alike. And Ludlow Castle, Clun Castle and Offa’s Dyke will hold you enthralled as you the sense of history is so palpable. The old Abbey on Tresco, Isles of Scilly (Shutterstock)

Step back in time in the Isles of Scilly

Imagine an archipelago of islands with pristine white sands in a cerulean blue sea. A land of honesty boxes and unlocked doors. Of rich dairy products and freshly caught seafood. Where people say hello when you pass and where the birds are tame. Where cars are a rare sight and you can take a boat taxi between islands.

Sitting off the southwest of Cornwall, the Isles of Scilly have a quixotic personality. On days when they are buffeted by winds and sea fogs they feel remote and rugged and you find yourself thinking about the hundreds of shipwrecks around the coast. Then, on sunny days you’ll feel you are back in the golden memories of your childhood as you explore rockpools on deserted beaches and wander country lanes thick with the fragrance of flowers.

People in the know about the Isles of Scilly tend to go back again and again. Once you’ve been you’ll understand why. Soak up the atmosphere of Wiltshire’s Vale of Pewsey

It’s easy to rush through Wiltshire on the way to somewhere else and yet it makes sense to stay and explore its charms. Bring out your inner mystic as the beautiful Vale of Pewsey is an ancient landscape thick with atmosphere. This the land of neolithic barrows, hill forts, white horses and mysterious crop circles. And you are within striking distance of Avebury but can visit it early or late without the crowds, while Stonehenge is also close by.

Whether you appreciate all that or not, this is a great area for walkers and with plenty of pubs to quench your thirst afterwards. Head along the open chalk ridges with their expansive views or mooch around the magnificent Savernake Forest. The lovely Kennet & Avon Canal runs through the Vale and makes for flat walks - or hire a boat from the wonderfully named Honeystreet, crop circle central.

Pewsey itself is an attractive small market town, while beautiful Marlborough with its smart shops and restaurants is not far away. Accommodation options are generally B&Bs and self-catering cottages, or we’re fans of Willowbank Lodges.