The best-selling author talks to George Kipouros about seeing the pandemic through on her favourite island of Crete, having Greece as her muse and how we will start appreciating the beauty of travel again

Victoria, you visited Greece on your first trip abroad aged 17 and have rarely stayed away for long since then…

Having almost never set foot outside the UK, coming to Greece at the age of 17 was such a transformative experience. To find myself in a place where the warmth, the colour and temperature of the sea are completely different, the food is very different. Back in ’70s England, there were not many imported foods available – everything was much more traditionally English; we had Cheddar cheese but feta, for example, wasn’t a supermarket staple.

To come to Greece meant that every single one of my senses was excited; by what it looked like, what it felt like, what is smelled like – even the music. Nowadays anyone can listen to Greek music on Spotify, but back then I didn’t have access to vinyl records of Greek music, or any other European music.

So, with those very excited teenage eyes you started falling for the country. Since then, you must have travelled elsewhere too?

I’ve been to many other destinations when I used to do more travel writing. I used an evening a couple of weeks ago, to reflect how impossible it is to travel at the moment, and made a list of all the countries and islands I’ve been to… I ended up with 40 Greek islands and 50-odd countries. Ever since that 17-year-old moment, as well as coming to Greece every year, most years I’ve been to somewhere new.

Funnily enough, my books have taken me to a lot of countries as well. If you go on a book tour, you end up in countries you otherwise never would have visited. For example, I ended up in Finland and Albania – places that I might never have visited otherwise.

From when they were very small, we travelled a lot with our children. They would distinctly remember a holiday we had in a South-East Asia, to a country that I never want to go to again… I sat on this so-called ‘paradise beach’, in that slightly clammy heat, under the grey tropical sky, lots of clouds and I just wanted to be in Greece. It was an OK holiday, but we didn’t greatly empathise with a lot of people we met. This was supposed to be this amazing, long-haul holiday for all of us – and yet I found myself dreaming about being back in Greece. There is a dryness about the heat, and the colours are so much more vivid… I find it so exciting, so interesting, almost hedonistic travelling around Greece – no other destination compares. 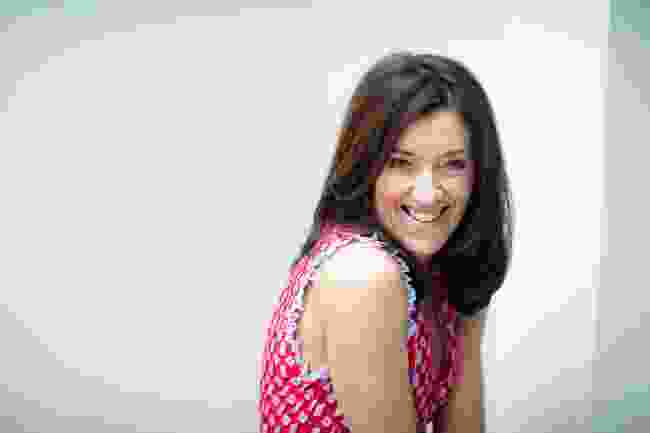 Do you think the fact that it was your first trip abroad, in an era when international travel was just taking off, contributed to magnifying the destination?

Certainly, the whole experience for someone who was 17 travelling in 1977 was so much more thrilling, whereas my own children have been on aeroplanes since they were six months old. To them being in a new place is certainly exciting, but almost something they’ve come to expect as part of their daily lives.

Indeed, travel wasn’t as frequent a phenomenon back then – today many people travel all the time, many taking multiple trips a year… has this contributed to travel losing some of its ‘thrill’ as an experience?

Travel was certainly more exceptional, more thrilling. I’ve got pictures of the first airplane I flew with. Now we don’t take pictures when we’re in an airplane; the experience isn’t considered noteworthy anymore. We appreciated different little things that perhaps today we take for granted.

Yet today, with the pandemic, most of us haven’t travelled for more than a year. Think about the old days, when we did weekend breaks in the UK, quick city breaks like Dubrovnik for an extended weekend; all completely normal… That seems like a lifetime ago right now. But I hope that as we start travelling again, we will step out of planes, trains, cars with completely different emotions, much more alert to everything. A foreign café that doesn’t look like your high-street chain will look surprisingly interesting again! We’ll be doing things like travel virgins; we’ll start being very appreciative of our surroundings again. Nothing will be taken for granted…

At Wanderlust we’re huge fans of experiential travel, where you immerse yourself in a country’s history, culture, nature – and you seem to be the epitome of that.

I have taken it to an extreme, haven’t I? I have changed my religion; I am now also a Greek citizen – the only thing I haven’t done is marry a Greek, but that’s outside my list [laughs]! 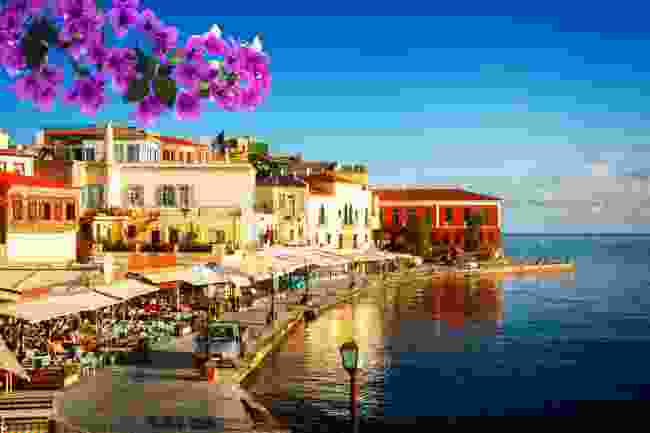 Your bestseller, The Island, has been published in 40 languages, and the sequel, One August Night, is also doing brilliantly. Both are set on the island Spinalonga, a peculiar source of inspiration…

The inspiration for more or less every book that I’ve written has been not an idea, a person, or a fact, but actually a place. And the place is really important for me as it becomes the central character of my story. Spinalonga is a character for me. Famagusta, Makronisos, Thessaloniki… a place grabs me and its story is there, somewhere in the walls, in the atmosphere.

When you’re a travel writer, you’re usually not just telling the facts, you have to do a lot more than that to entice people to go. In fiction, you often do the same things. None of the books I have written can you move to another location – with Agatha Christie you might be able to move her whole story for Town A to Town B, but I think all of my writing is the stories of a place and the influence that that place has on the people that live there.

Now that travel is starting to resume again, where would you like to travel to as a priority?

I used to really enjoy the fact that I could easily travel between London and Crete, and I know it is not very ecological (and the pandemic has at least had a positive effect for this), but if we could fly ecologically I would go back very regularly. Otherwise, I am very eager to go to the island of Kastellorizo. That mixture of east/west, and the past and what happens in the present, is very alive there. And I want to experience that. 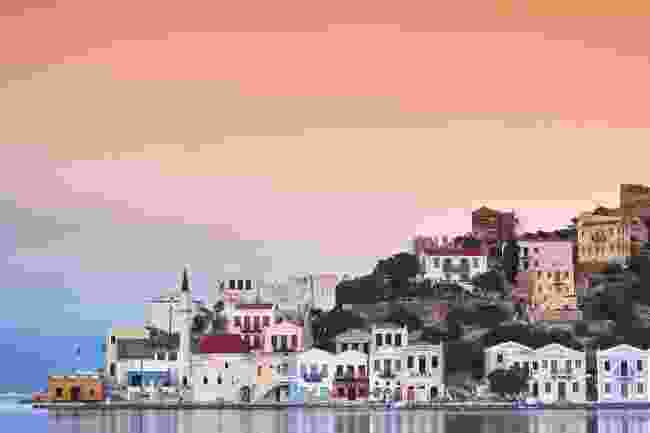 Victoria’s sequel to her 2005 novel, The Island, and most recent best-seller, One August Night, is out now in paperback.

Quiz: How well do you know Greece?