Author Tim Butcher: a life on the edge

5 mins
When ex war reporter Tim Butcher turned his hand to writing books, he pointed the spotlight on some of the world's most troubled regions – and pulled his readers into the intense human stories within them.

Blood River, Butcher's break-through book, took him along the River Congo in the footsteps of HM Stanley, and revealed the terrifying realities of life in lawless Africa. In Chasing the Devil, he ventured to Sierra Leone and Liberia, mapping out the countries' bloody history. And in his latest book, The Trigger, Butcher ventures to Herzegovina to examine the catalyst of WWI: the assassination of Archduke Franz Ferdinand of Austria by teenager Gavrilo Princip.

Part journalism, part travel writing, Butcher's work is both colourful and hard-hitting. Wanderlust caught up with him at London's Frontline Club, at the launch of Wild Frontiers' 'In the footsteps of Stanley' trip.


Your books are a mix of travel, reportage and exploration – how would you describe your style?
I'm just a nosy guy with an insatiable curiosity – I try not to label myself or what I do. I like sitting cross-genre; I'm drawn to powerful issues, and one of the best ways to unlock them is through travel. If you tackle things like political failings or the legacy of war head-on, they can be very dry. But if you do a journey, they come alive.

Are you drawn to danger?
I am a very risk-averse person; I will calculate risk as much as one possibly can. But I was a war correspondent; there is always a degree of risk. Sometimes you just have to make a jump. I have been hugely lucky, and I pay tribute in the books to the people who have helped me on my journeys. These people are more than fixers and translators: they are gatekeepers. They allow me to go to a place and open it up for readers. 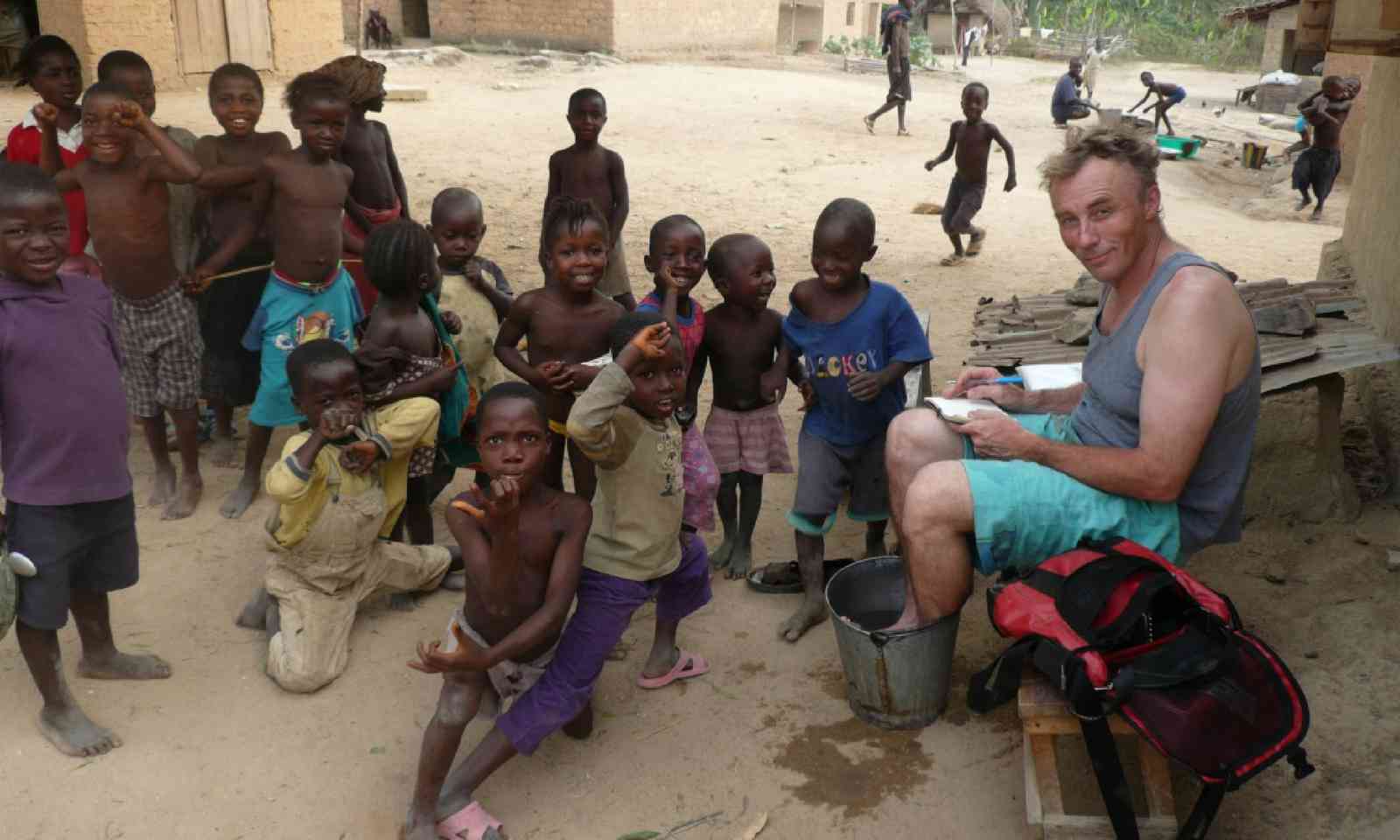 What led you down the war correspondent career path?
Again, curiosity: I hated the boring, flat stories of news that one has to do as a journalist sometimes. I am drawn to confrontations, because they are times when decisions are made and people are stripped of all bullshit, camouflage and artifice. Wartime is very pure, very raw. As a civilian, you can experience the most terrifying things. Imagine: you've got 90 seconds to grab what you can, because you're never going to be able to come back to this house. That has happened all over the world – what would you do in that situation? I'm drawn to that, and have experienced it as an author and journalist. I don't like politics and spin – it's a pantomime of platitudes – but when you're covering wars you can get away from that. It's much more real.

Do you find that writing books allows you to go deeper into stories, probe the more human aspect of conflict?
As a journalist, your attention span is limited. When I was working on a newspaper you were expected to file stories twice a day, towards the end of the afternoon. Can you imagine that today, when journalists are expected to be tweeting every 90 seconds? No journalist is able to do their job properly if they're working their thumbs non-stop on twitter. You can't stop: you can't miss that vignette or telling body language. I wanted to move on from that, and found great satisfaction in writing books.

But what I write now isn't extended journalism: it has narrative, connective tissue that turns a piece of reportage into something more. Blood River is very personal: I'm scared [in the book]. Genuinely scared. Also, it is wonderful how deep you can get into a story by forming relationships. When you see a Liberian's pupils pulse with fear because he is scared of the Mano people of Nimba County, that tells you more than any history book could.


After immersing yourself in a country or topic, is it difficult to remove yourself and move onto another project?
Oh yes – one gets so obsessed with a particular issue. I'm now that world's biggest pub bore on the early 20th century Balkans and the origins of the First World War. But that's because I want to write with competence and certainty, and to set up a scene that is authentic. Sometimes as an author you get overwhelmed: you emerge from your research like a half-drowned person. You just want to read something that isn't to do with Congo or Liberia or wherever; you need to remind yourself that there's more than one colour.

You're now married with children – but you didn't have kids when you wrote Blood River. Would you have done that journey if you did?
No – it was such a dangerous trip. I quit my job, made a will and said goodbye. With the kids, I couldn't have done that. I'd done some hairy things as a war reporter, but taking on the Congo felt like the Mount Everest of  challenges. It was an itch that I just had to scratch. 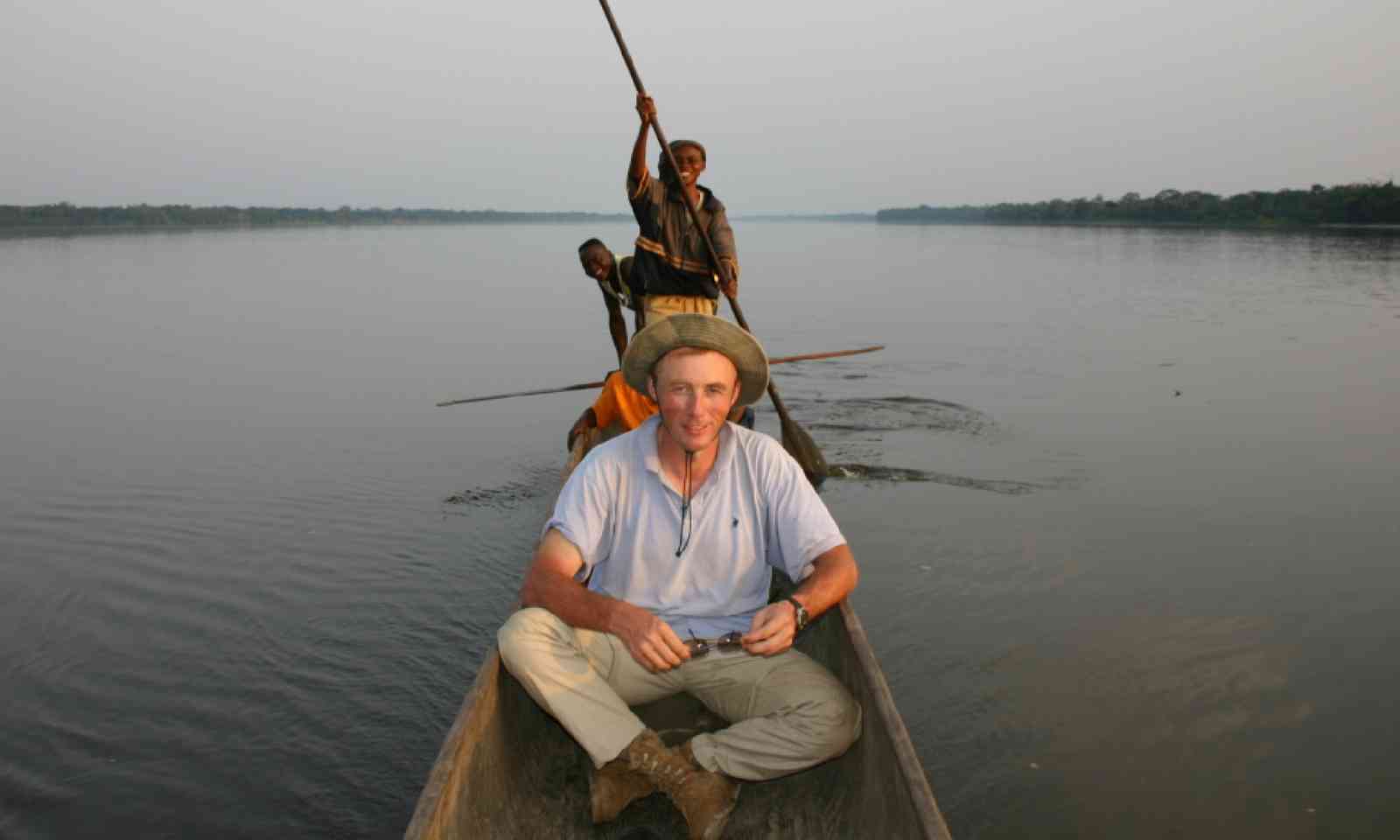 Do you ever travel simply for pleasure?
I've just canoed down the Orange River in South Africa with my family, and that's a very different river from the Congo! Travel is magic because it takes us all the way from our humdrum to the spectacular. I got just as excited taking my six and eight year old down a benign river as I have on many of my more adventurous journeys because I was doing something I'd never done before: watching my children sleep under the stars for the first time, and learning to poo in the bushes. It sounds mundane, but it's just as rewarding as getting shot at in Kosovo or negotiating with warlords in Liberia. Travel is as powerful today as it was for Herodotus.

What advice would you give to budding travel book writers?
Travel is so fantastically rewarding because it takes you out of your comfort zone and into an area where you're receiving stimulation like nothing before. But of course you don't need to go to the Congo to do that! And of course a journey is an excellent thing to write about: it has a beginning, a middle and an end. It has flow, a direction.

I am, in a sense, the most egotistical postcard writer around. I go on holiday and write a hundred-thousand-word book. But it's only one trip, it's only a few months, and the writing takes much longer. The journey is probably only 10-15% of the whole book-writing process – the rest is research and writing.

What's next for you – do you have any more books up your sleeve?
I do have a few ideas and I'm talking to my publisher about them. One would take me to the Middle East, and one is in the Far East. As always, they would involve journeys and histories and unravelling complicated stories...