Bright, brash and very much part of contemporary life, these temples reflect both a proud past and an optimistic future...

1. The Temple of Heaven, Beijing, China

Constructed between 1406 to 1420 during the reign of the Yongle Emperor, the Temple of Heaven sits serenely in 267 hectares of parkland in the heart of urban Beijing. The complex is a favorite spot with locals for meditation and tai chi. 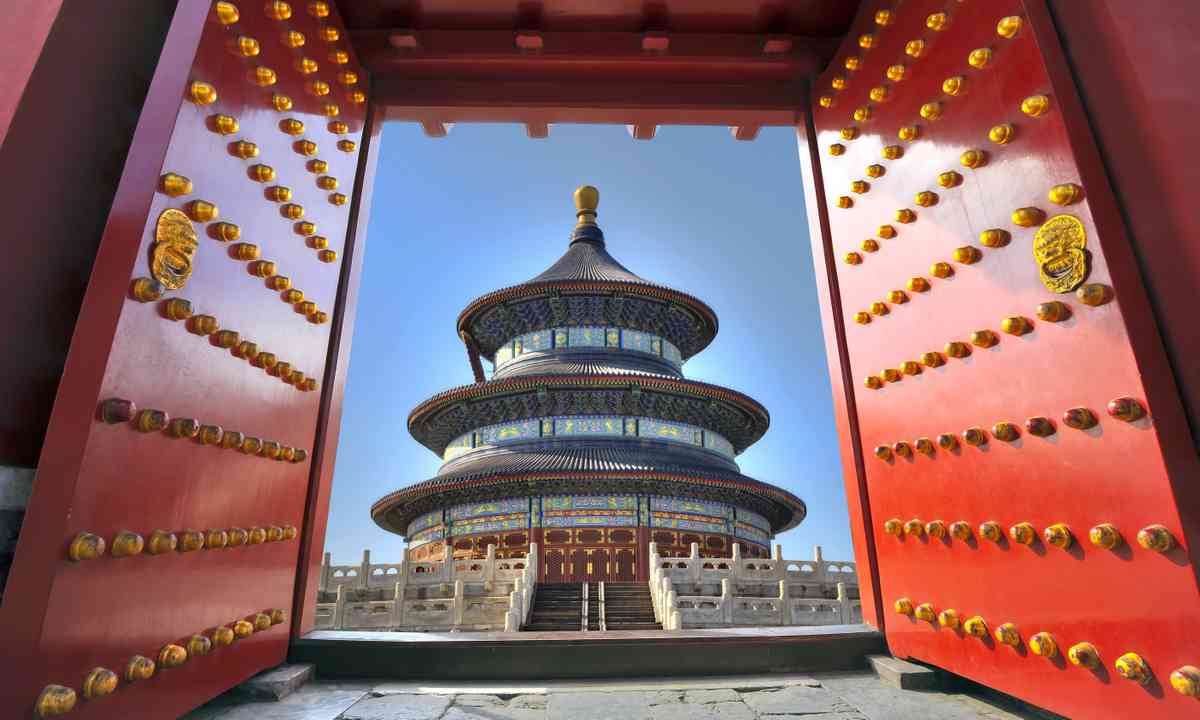 The centrepiece is the impressive Hall of Prayer for Good Harvests, a magnificent triple-gabled circular building where Emperors would pray for, well, a good harvest.

Lavishly decorated, and designed to represent the various seasons and months of the year, it was here that the Emperor spoke directly with the heavens. The complicated ceremony was meticulously planned and even the smallest mistake was seen as a bad omen for the year ahead.

Known locally as the 'White Temple’, Wat Rong Khun entered the new millennium in a terrible state of repair. Local artist, Chalermchai Kositpipat, decided to rebuild the temple with his own money to reflect his very particular take on Buddhism and in the process secure for himself eternal life. 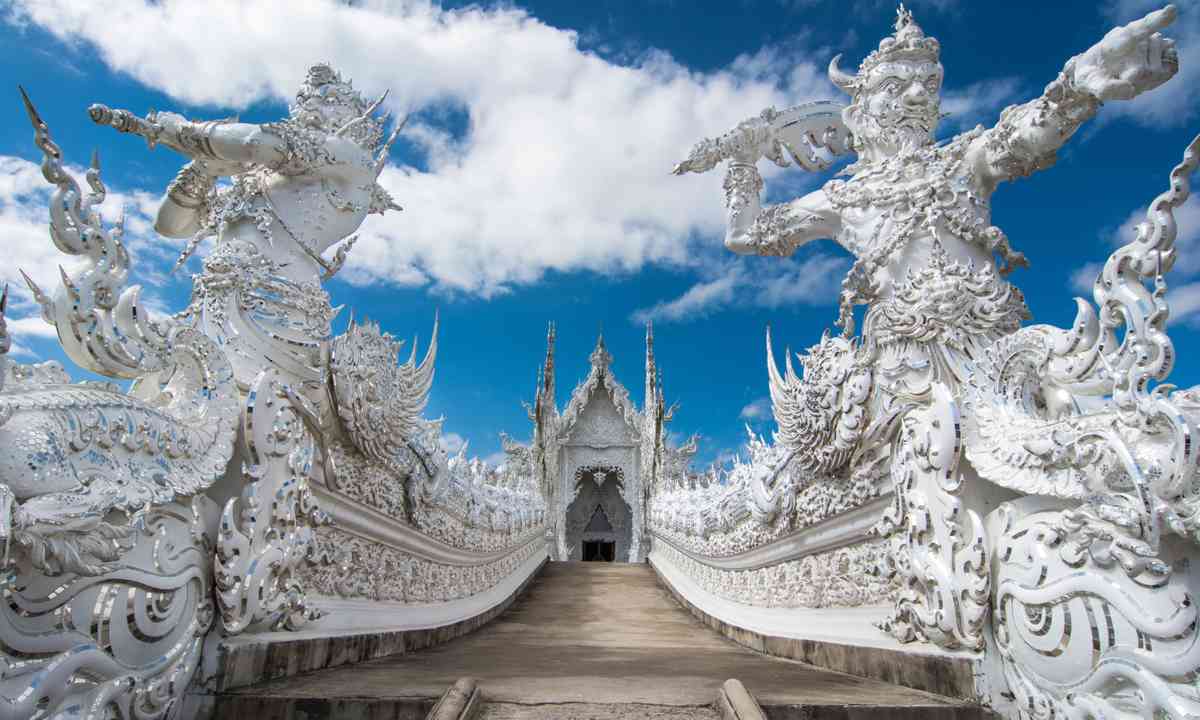 The main building is reached by a bridge over a small lake featuring hundreds of outreaching hands. The hands represent unrestrained desire and by ignoring them happiness can be achieved. The unconventional symbolism continues inside the main temple where the walls are adorned with murals featuring Michael Jackson, Neo from The Matrix, Freddie Kruger and Hello Kitty.

No other temple in Asia glistens quite like Shwedagon and for good reason. Standing 110 metres tall, its stupa is covered in gold and its top encrusted with 4531 diamonds, the largest of which is 72 carat. 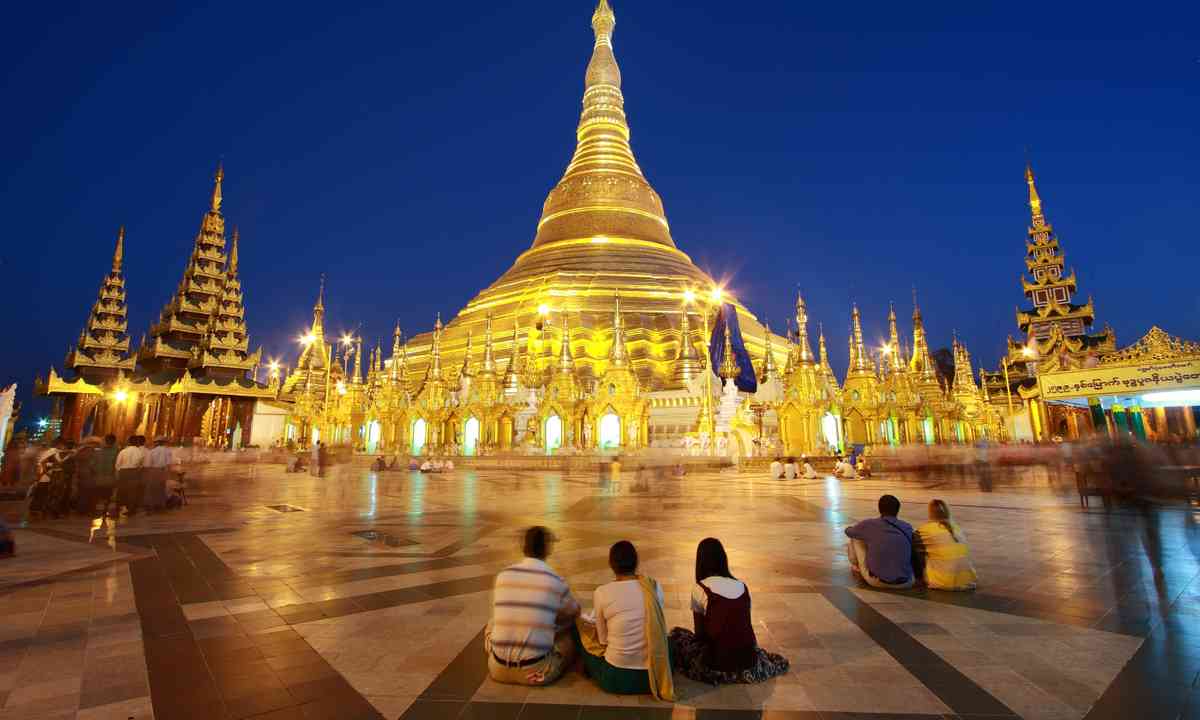 Built to house a few strands of Buddha’s hair, the pagoda consists of hundreds of colourful temples, stupas, and statues, reflecting architectural styles spanning almost 2,500 years. Today it forms the focus of religious and community activities and at any time, day or night,  you’ll find devotees and monks washing the statues, offering flowers, worshiping and meditating.

Where Shwedagon glitters, Borobodur has a more somber aura. It sits dark and brooding in a valley in Central Java, inspiring awe through its imposing bulk. Built in the Mahayana tradition around 800 AD, it is the largest Buddhist monument in the world. 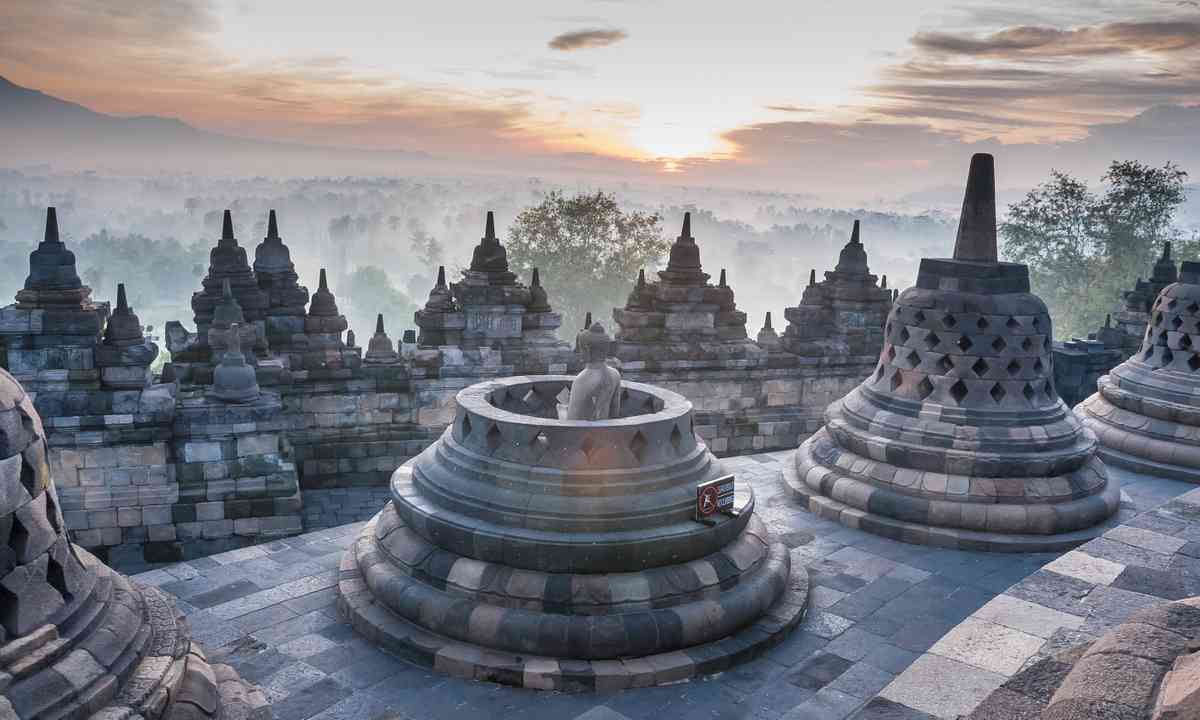 Famed for its imposing bulk, stone ‘bells’ and carved Buddhas staring serenely over the valley, it is hard to believe that this massive structure lay hidden for centuries under layers of volcanic ash and jungle growth. Now it is a popular pilgrimage site for Buddhists and tourists alike and a source of pride for Indonesians.

The holiest building in the Sikh religion, the Harmandir Sahib  or ‘Golden Temple’  was built in the 16th Century to mark the spot beside a lake where Buddha and Guru Nanak, the founder of Sikhism, used to meditate. It is a stunning blend of Hindu and Islamic architectural styles, the focus of which is the dome, covered in 750 kilograms of gold. 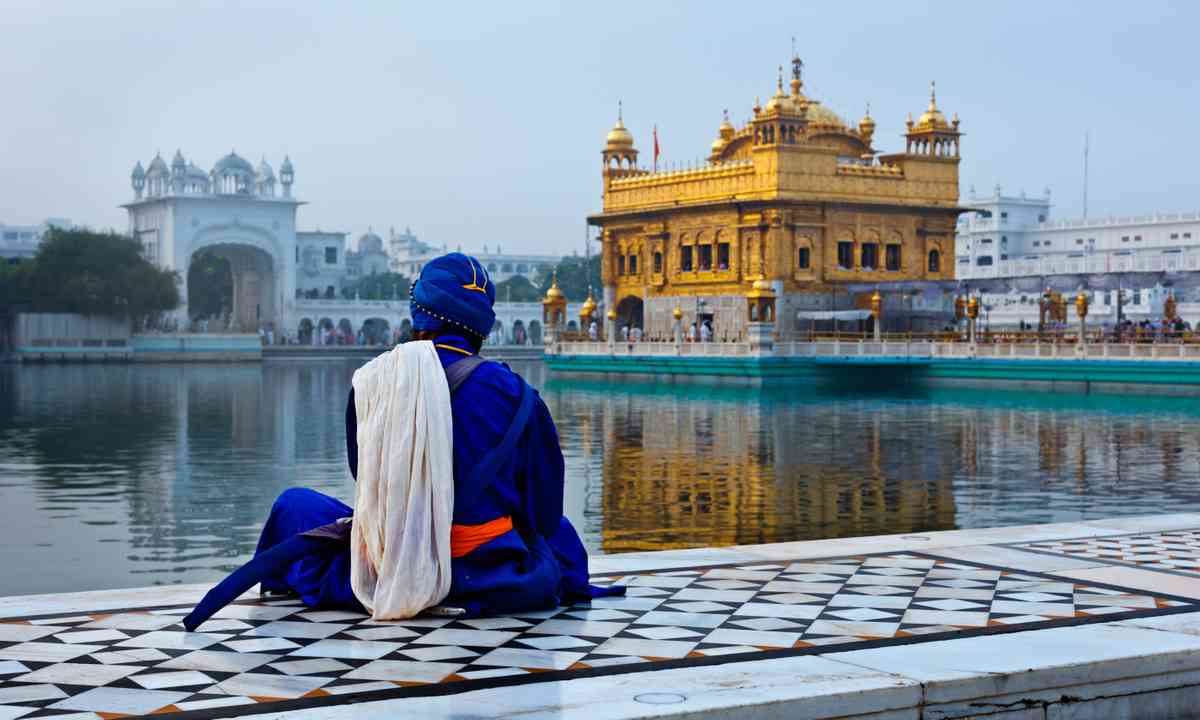 Inside the temple, priests and musicians keep up a continuous chant from the Guru Granth Sahib, the Sikh holy book. As impressive as the temple is, it is the ‘tank’ (or lake) that most pilgrims come to see. It is said to have healing powers, and pilgrims come from across the world to bathe in the sacred waters

Originally constructed as a Hindu temple for the Khmer Empire in the 12th Century, the Angkor Wat temple complex is regarded as the largest religious monument in the world, covering a staggering 162.6 hectares. It has become a national symbol for Cambodia and features on the country’s national flag. 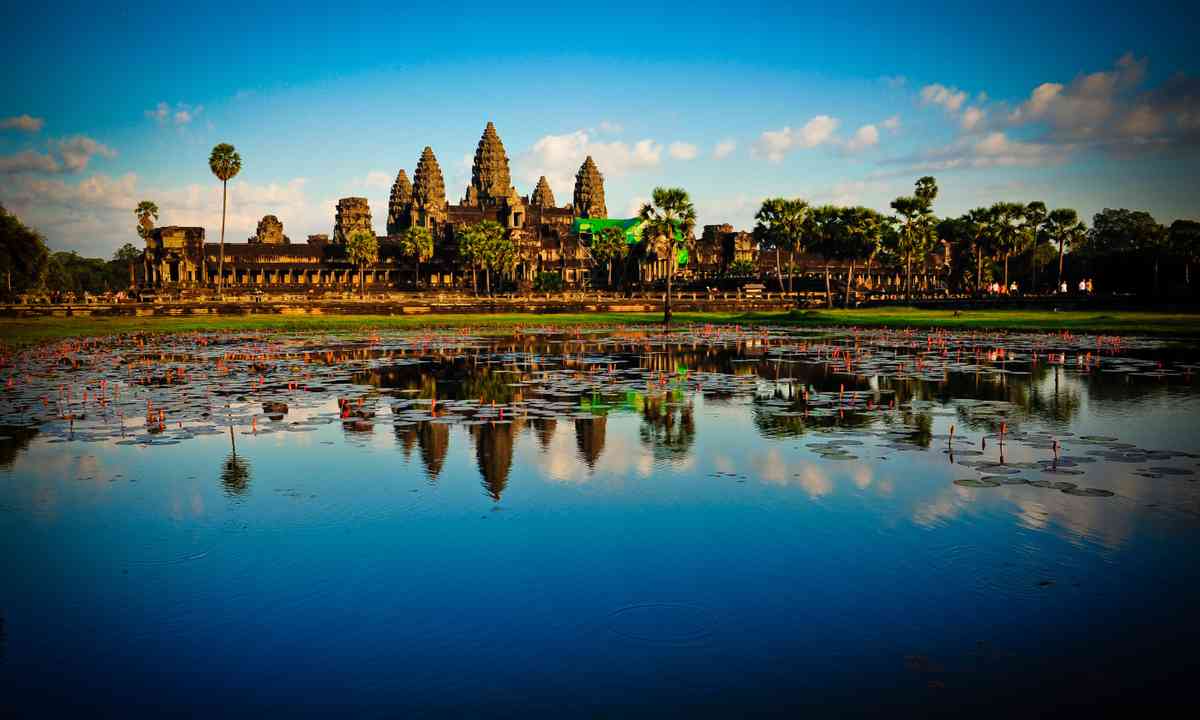 Combining the two basic plans of Khmer temple architecture, the temple-mountain and galleried temples, Angkor Wat is renowned for the grandeur and harmony of the architecture, its extensive bas-reliefs, and for the numerous devatas adorning its walls. The impossibly picturesque lake it sits behind helps too. Mirror-still and decorated with water lilies, it is the perfect frame for Instagram-addicted travellers.

More popularly known as Tiger’s Nest, the Paro Taktstang temple complex is lodged into the side of the cliffs in Bhutan’s upper Paro valley. It is built around the site of the cave where Guru Padmasambhava introduced Buddhism to Bhutan by meditating for three years, three months, three weeks, three days, and three hours. 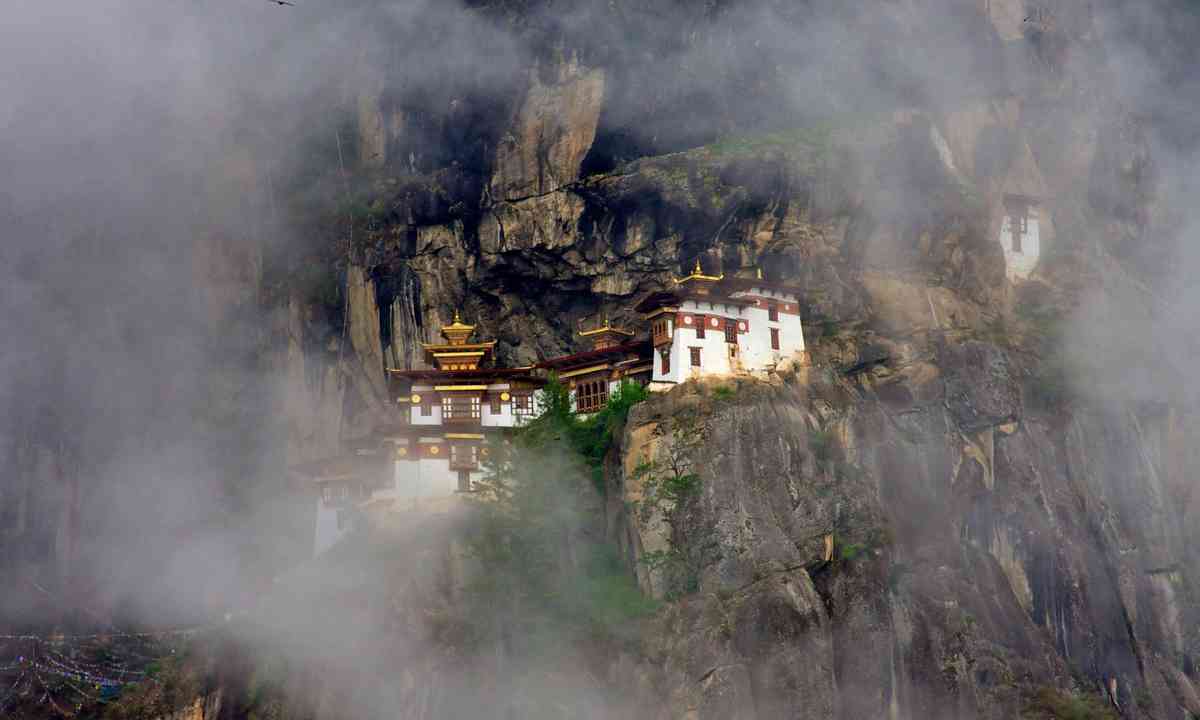 Clinging to a cliff, 3,120 meters above the sea level, the temple can only be reached by tricky, mountainous paths. It takes 2-3 hours by foot, about half that if you go by horse. The horse path passes through pine forest that is colourfully festooned with prayer flags.