Are you a disrespectful traveller?

With visitors to Thailand being asked to show more respect while the nation mourns the passing of their King, Liz Cleere ponders on how to travel with sensitivity and understanding

“Madam, why so many Japanese prostitutes come to my home?” said Nazar.

It was a casual question, more curious than judgemental.

This was in 2012, after Jamie and I had sailed to India to make Cochin our home for a couple of years. Nazar became indispensable right from the beginning by helping with boaty things like scrubbing the deck, ferrying fuel back and forth from the petrol station in his auto-rickshaw, introducing us to welders and sourcing parts. He came every day. When we had no work, he sat on the pontoon next to our adoring cat, Millie, who purred and blinked as he hoiked out fish after fish for her to eat.

“Prostitutes? In your home?”

Nazar’s English was limited and heavily accented, with a vocabulary learned from passing sailors and conversations with tourists in his rickshaw. He didsn’t always use the right word. Some time ago, we had worked out that ‘home’ to Nazar meant Fort Cochin, not the two rooms he shared in the small Muslim community there with his wife, mum and four children.

He stood on the pontoon hugging Millie, while I sat on the boat chatting to him. We were waiting for Jamie to come back to the marina.

“Yes, in my home. Everywhere, madam.” 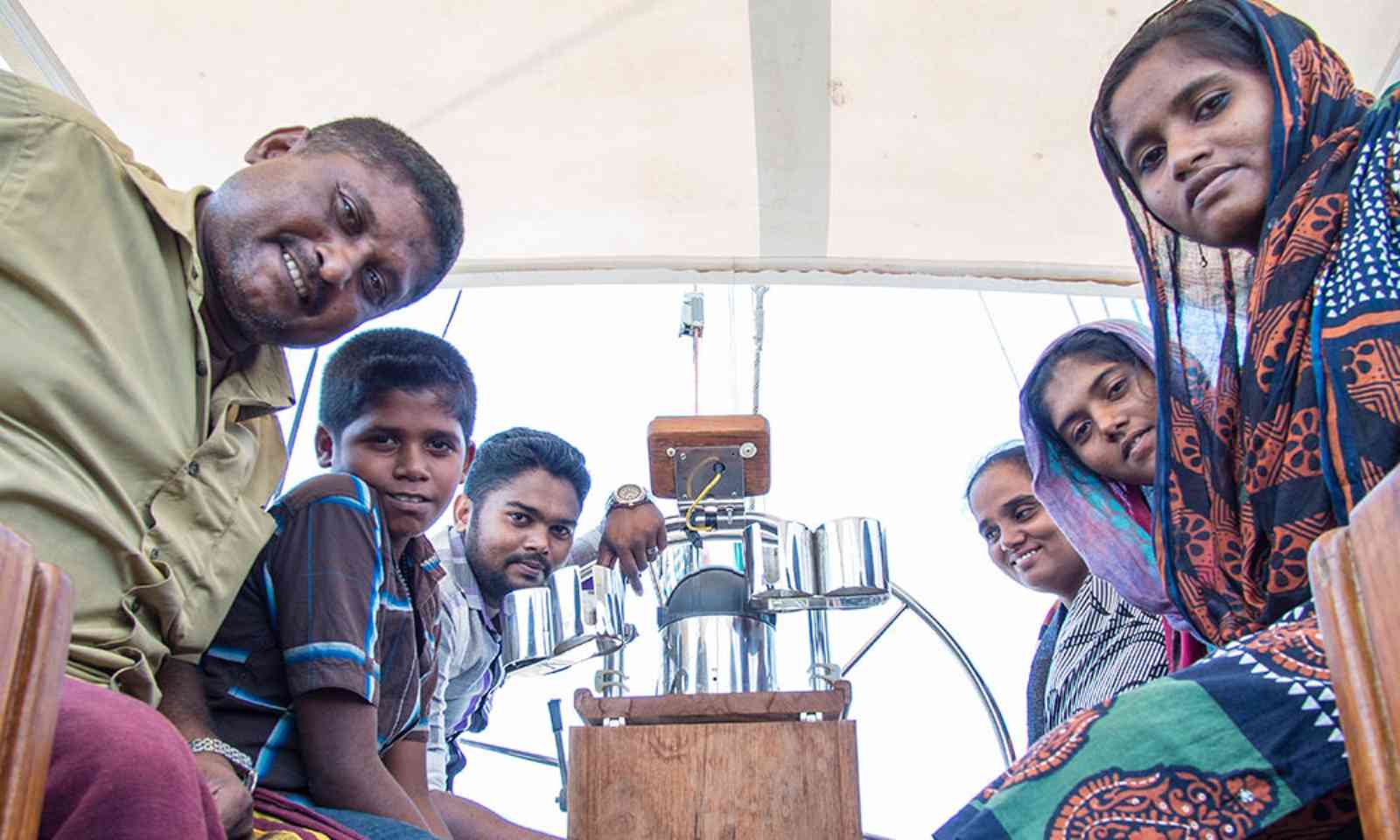 Nazar and his family aboard the Esper (Liz Cleere)

After two years of helping us in the marina and sharing meals with him in his home, he still couldn’t bring himself to call me by my name. But I was encouraged that he felt at ease enough to talk to me so lightly of prostitutes.

“Nazar, how do you know they are prostitutes?”

I glanced at my wide trousers and long sleeved tunic, a kind of uniform I had adopted when we sailed through the Red Sea.

It wasn’t the fact that so many prostitutes were visiting Cochin that appalled him, or even that so many of them were ‘Japanese’; he was dismayed by the idea that any woman who was not a prostitute would go out in what he took for her underwear. 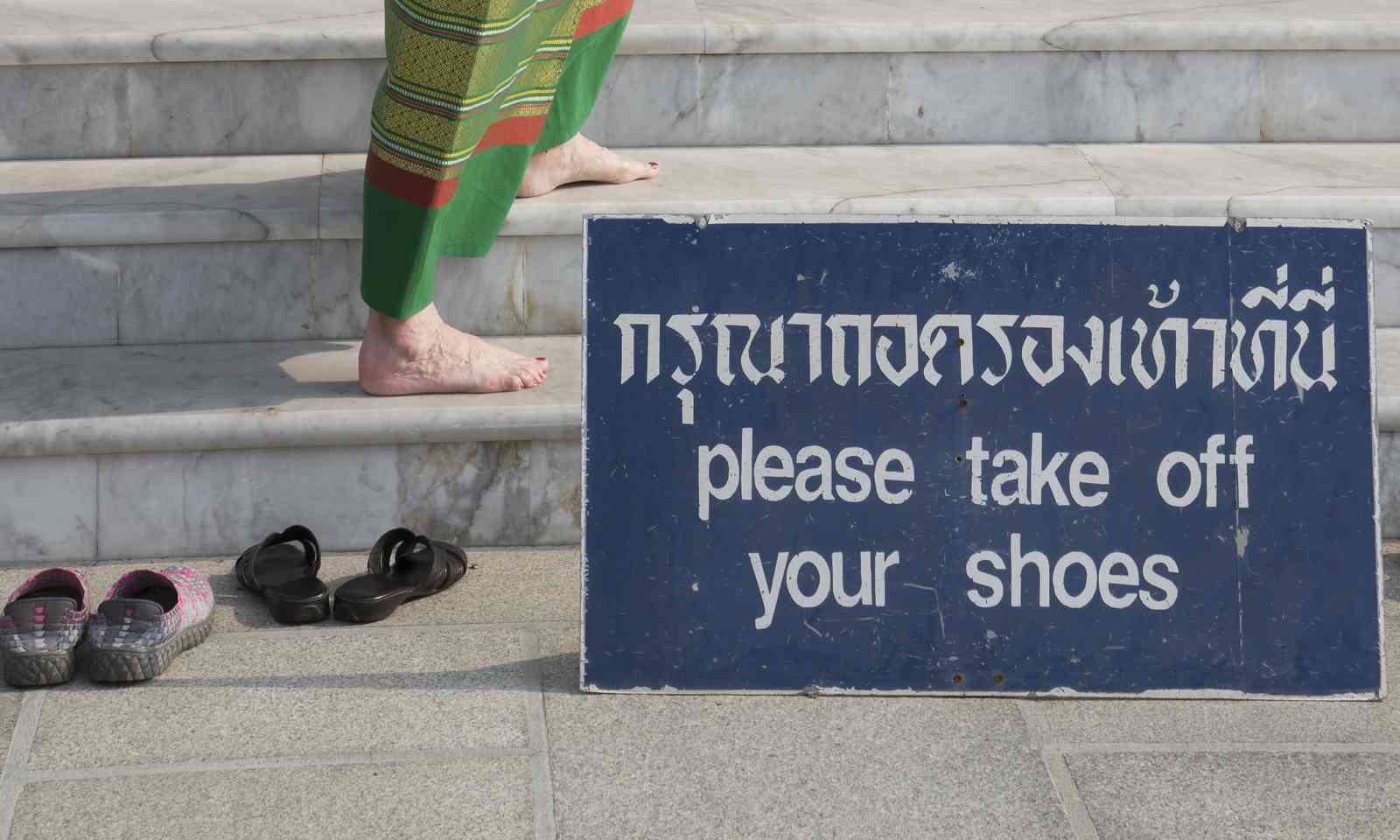 When we arrived in Thailand, after years of living in countries where it was not seemly or polite for women to reveal too much skin or emphasize their feminine curves, I had folded away all my baggy clothes and pulled out the cut off jeans and strappy T shirts. But even in Thailand when I’m shopping, walking around town or travelling on public transport, I still wear shorts that reach my knees and tops that cover my shoulders.

Once in neighbouring Langkawi, while boarding the ferry to Penang, I saw a tall, leggy girl, who was travelling alone, stand up and bend down to pick up her case. She appeared to be wearing nothing but an all-in-one, gossamer thin 'teddy' straight from Victoria’s Secret. It took me back to my conversation with Nazar.

“These prostitutes, you’re sure they are Japanese?”

To Nazar, ‘Australia’ was a catch-all for the worst kind of westerner. There had been a bad experience with an Australian-crewed yacht once, which had coloured his view of that country. He was too embarrassed to give us the details.

Dismissing the image of a horde of rampant Japanese harlots in their knickers running round his very Muslim household, I quizzed him further.

“Have they just started arriving this week?”

The number of visitors from Southeast Asia, more specifically China, had been on the increase in India. I began to understand what Nazar was saying.

“I don’t think they are prostitutes, Nazar. That is how many tourists dress in their ‘homes’.” 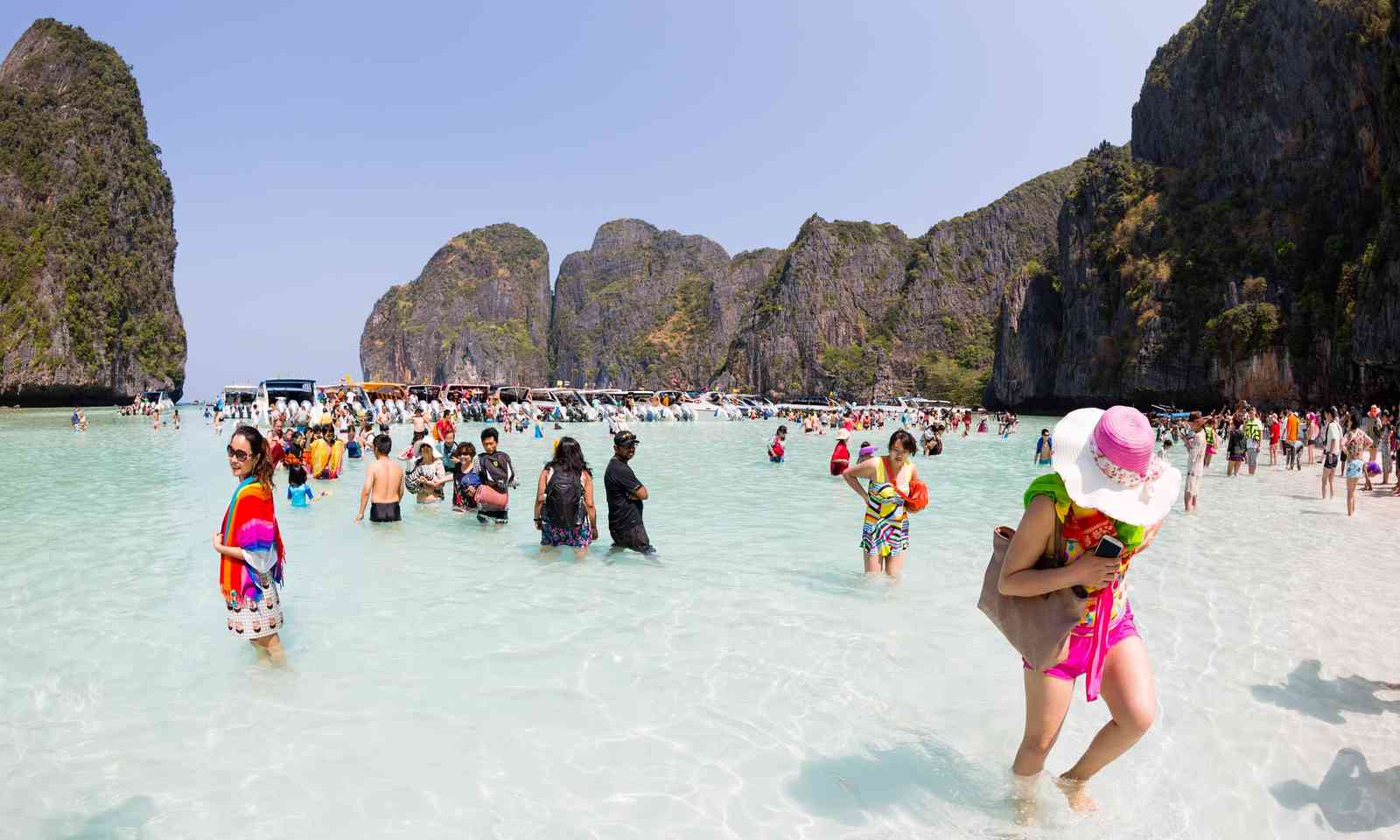 Tourist on the beach at Maya Bay, Phi Phi (Dreamstime)

Since we learned of the death of His Majesty King Bhumibol Adulyadej, the world of the web has been full of questions about how to behave if visiting Thailand, or even if it is safe to travel to this beautiful country. It is no less safe than it has always been. But if you have a holiday planned, do consider packing some tamer, more respectful clothes, along with the usual bikinis and Speedos.

In the resort hotels, we can all continue to feel at ease wearing anything we like. But on the streets, while sightseeing or shopping, it pays to respect the local culture by covering up a little more and toning down the drunkenness.

At the time of writing, I am back on Langkawi for a couple of weeks, in predominantly Muslim Malaysia, so I’m sticking with the long shorts and loose tops. It seems like the easiest way to avoid being mistaken for a prostitute.