Acclaimed wildlife photographer, Sergey Gorshkov, has spent his life observing Arctic foxes and capturing them on film. Here, he lets you in on their secrets, and the best place to see one for yourself...

What first drew you to Arctic foxes? 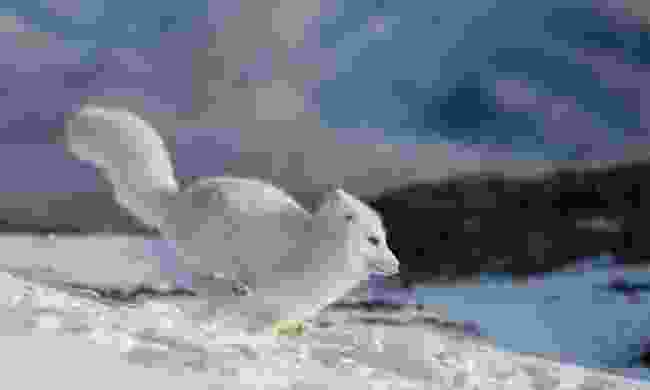 The Arctic fox is by far my favourite animal present in the Arctic tundra biome. For many years I have been photographing them as part of the Russian Arctic photo project, with Wrangel Island being my preferred location for wildlife spotting.

The island is home to polar bears, Arctic foxes, polar owls and white geese – to name just a few. For me, all four have come to symbolise the island, which is why I’ve been focusing my attention on all four. Wrangel Island boasts incredible levels of biodiversity and has a large concentration of many other animals and birds.

Where is the best place to see Arctic foxes? 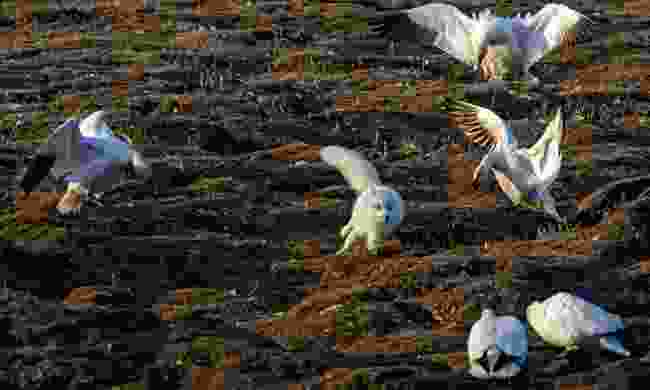 The clue is in the name. I truly believe that they can only be truly admired in the Arctic.

They are widely present in the Russian Arctic, which is where I’ve been seeing them, but they are sometimes hard to spot. More often they see us and we don’t see them!

Having said that, I have spotted them on Franz Josef Land, on Taymyr, on the Yamal Peninsula and on Chukotka. But my opinion, the best place to watch the foxes is Wrangel Island.

What does the average day involve for an Arctic fox?

To survive, these creatures need to hunt a lot. It’s very rare to come across a sleeping fox. The majority of Arctic foxes we see are mostly in motion.

What do Arctic foxes eat? 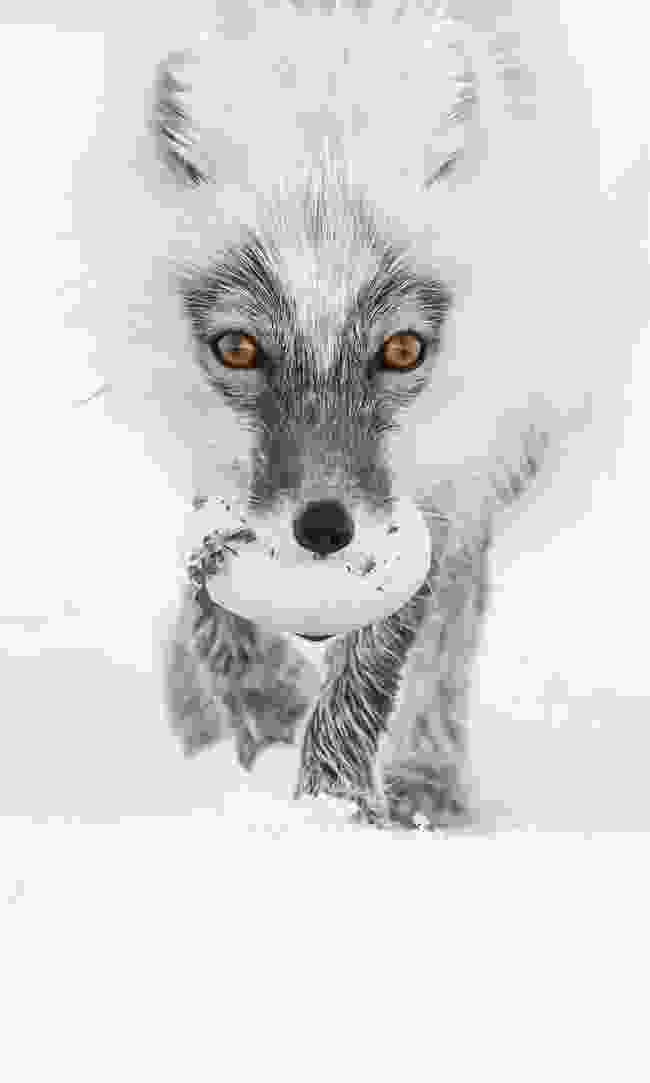 The diet of Arctic foxes is mainly comprised of meat and other proteins. The Arctic fox preys on many small creatures such as lemmings, voles, ringed seal pups, fish, waterfowl, and seabirds.

It also eats carrion, berries, seaweed, and insects and other small invertebrates, such as eggs of white geese.

If you take a closer look at life in the Arctic, tiny lemmings and white geese are central to the survival of the Arctic fox.

When lemmings are everywhere, it’s easy to obtain food for the pups – of which there could be up to 18 in each litter.

It is possible, then, to see many Arctic fox pups on almost every foxhole, well-nourished, content and basking in the sun.

The absence of lemmings, in turn, strongly affects the colony of white geese – as in June, goose eggs are a great nutritious alternative for the Arctic fox pups to feast on.

Any leftover goose egg treats are reserved for the future by being hidden in the frozen tundra.

When the young grow up and begin to explore the territory, they will find most of the eggs hidden by their parents, enabling higher survival rates for the new generation.

The sad reality is that the Arctic fox teens spend a lot of time looking for food, but they are often unlucky, with as many as two out of three pups destined to die from starvation.

Are Arctic foxes solitary animals? Or do they live and hunt in packs? 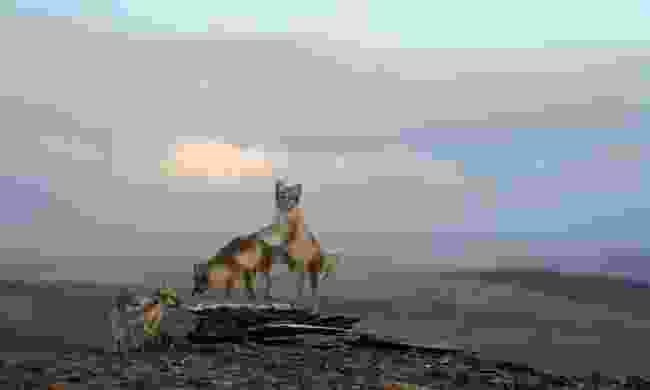 You will never see a large pack of Arctic foxes. 99% of the time they are out and about on their own, hunting. At the same time, the Arctic fox is a family-oriented animal.

They form strong bonds and live with their partner – behaving like a committed ‘married’ couple – on their own plot of land, where they dig elaborate dens with many entrances and exits.

Arctic foxes are also territorial predators. Each pair has their own territory, protecting it from regular neighbours as well as from ‘wandering’ foxes.

Arctic foxes give birth to their pups in the spring, usually in one of their elaborate self-designed natal dens. Arctic foxes care for their young there, until they are mature enough to start a life of their own, away from their parents and their family ‘den’.

What is the best time of year to spot Arctic foxes? 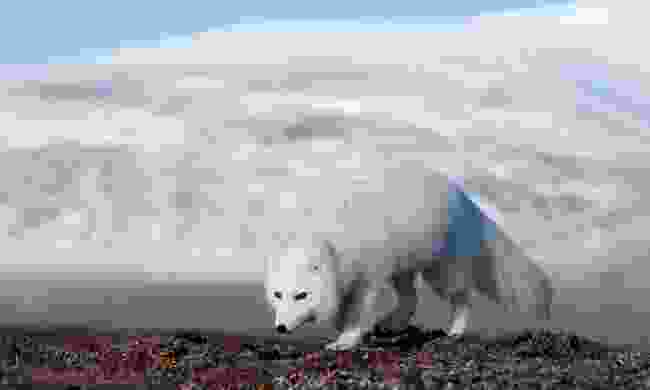 An Arctic fox on the prowl on Wrangel Island (Sergey Gorshkov)

I love seeing the Arctic fox in its glorious winter ‘coat’, moving against the whiteness of the Arctic snow. Arctic foxes seem to have lots of fun playing in dry frosty snow as well. Therefore, I believe that winter is by far the best and also the most rewarding time for encounters.

In summer, Arctic foxes live in their family dens, busy being the best parents they can be for a dozen of hungry pups. Arctic foxes shouldn’t be disturbed in summer, as they tend to be at their most vulnerable.

Is it difficult to photograph them? 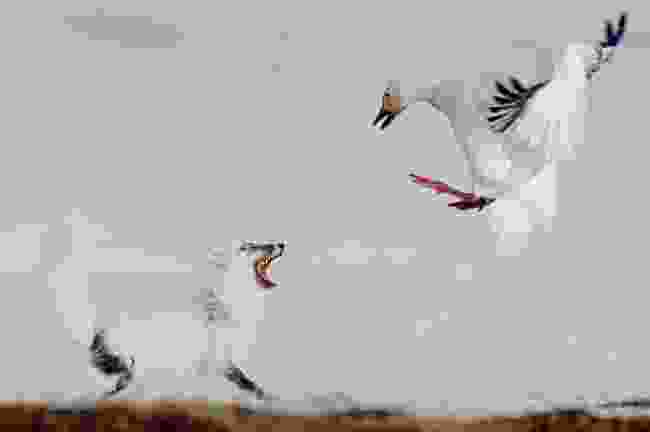 Like most good things in life, great photos of Arctic foxes come to those who wait. It’s hard to find an Arctic fox that wants to be found. Therefore, it is key to establish contact with them and cultivate trust.

There is usually no time and no opportunity to take the exact same shot twice. Everything needs to be captured through the lens the first time around. I use high speed PNY flash cards to ensure I do not miss those moments, but also to ensure all my equipment can stand the harsh temperatures of the Arctic.

My personal challenge was to find a photograph that would reflect the spirit of Wrangel Island. In retrospect, some shots turned out well purely by chance. Others demanded lots of preparation and planning, even multiple return trips to Wrangel Island.

Returning to the island, I was 'digging' in deeper and deeper, bringing new pictures from each trip. Like pieces of a puzzle, they’ve gradually started morphing into something much bigger than themselves. Step by step, I believe I’ve managed to capture the ‘circle of life’ of this great island and its habitat.

What have you learned about Arctic foxes from photographing them? 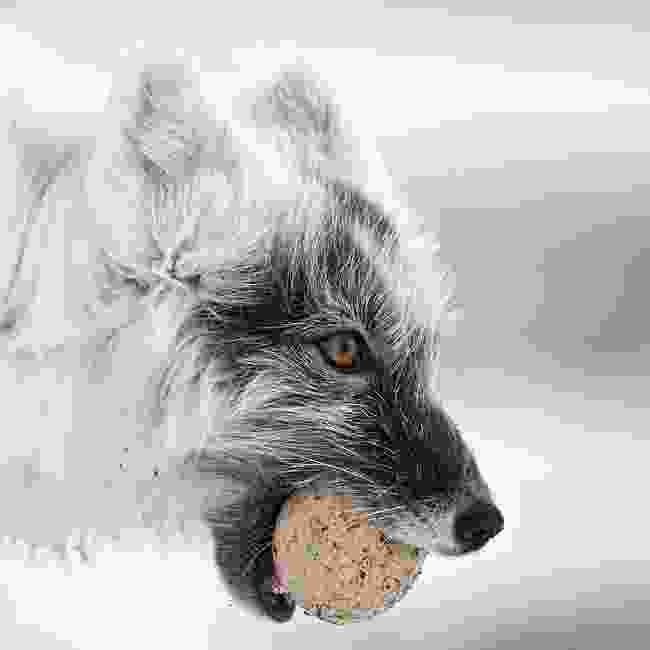 Communicating with the wild inhabitants of the island is a terrific experience.

On Wrangel Island, for example, generations of foxes would live near settlements of white geese – as food is always readily available.

What tends to be a rather large territory – it usually remains ‘patrolled’ by several pairs of foxes who would have their sigh on these geese.

However, they ensure that no ‘alien’ fox ever gets to benefit from those goose eggs.

Any other tips for those hoping to see an Arctic fox, themselves?

Arctic foxes don’t live in cities. Going all the way to the Arctic to see them in their natural habitat is a must.

My personal goal, yet to be realised, is to witness a polar bear being followed by an Arctic fox – and to capture it on camera to show the world! 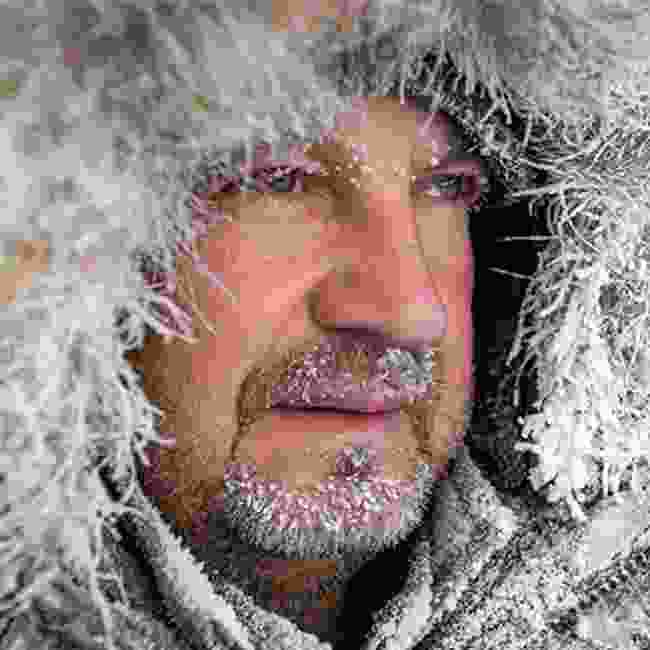 Sergey Gorshkov is a PNY Photo Ambassador, a program created by PNY to support some of the world’s leading photographer.

Sergey was chosen as the wildlife photography ambassador and will be supported with PNY photography gear and hardware.

For more information about Sergey and the program, visit the official website.

Where to see other iconic Arctic wildlife: