With millions of different species roaming our planet, there are bound to be animals you’ve never seen before. From fanged deer to rabbit-like creatures with teddy bear faces, here are the strangest... 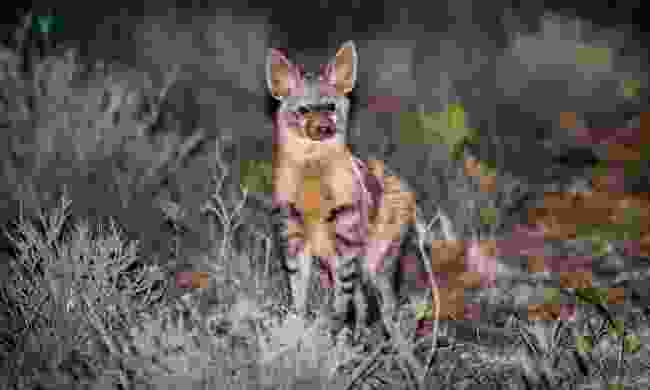 Don’t let the name fool you. Aardwolves are related neither to wolves or aardvarks. Rather, their name means ‘earth wolf’ in Afrikaans, a reference to their voracious appetite for insects.

Native to east and southern Africa, aardwolves are most closely related to hyena. Having said that, you’re more likely to find them tearing into a termite mound rather than a carcass abandoned by a lion.

Aardwolves can eat up to 200,000 termites in a sitting, imbuing them with both protein and moisture, allowing them to live successfully in some of the driest corners of the planet. 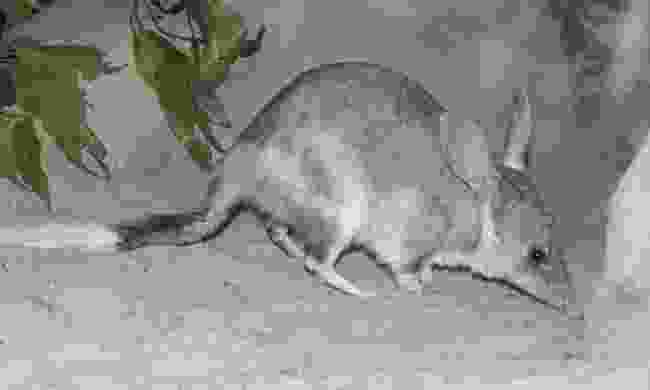 A bilby in the Australian desert (Shutterstock)

The bilby is a rare, desert-dwelling marsupial from Australia, renowned for it’s long tail, silky fur and big ears.

Also known as a rabbit bandicoot, the bilby has become a symbol of Easter in Australia, replacing the Easter Bunny, with proceeds from the sales of chocolate Easter bilbies used to ensure the species survival.

With their strong forelimbs and well-developed claws, bilbies are fearsome burrowers. In fact, a female bilby's pouch faces backwards to prevent it getting filled with dirt while she's digging. 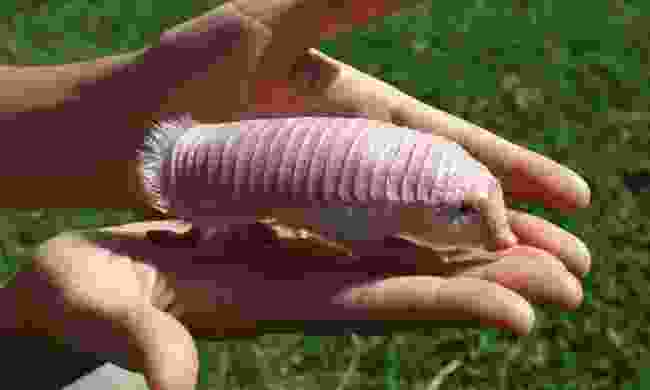 The smallest of all armadillos, and only found on the grasslands and sand plains of Argentina, pink fairy armadillos are unbearably cute. Measuring less than 11cm long, with a pink shell and white silky fur, their pocket size makes them sought after pets.

Sadly, their natural habitat is also being lost to agriculture and cattle ranching. Organisations like Xenarthrans are doing everything in their power to ensure the species’ survival. 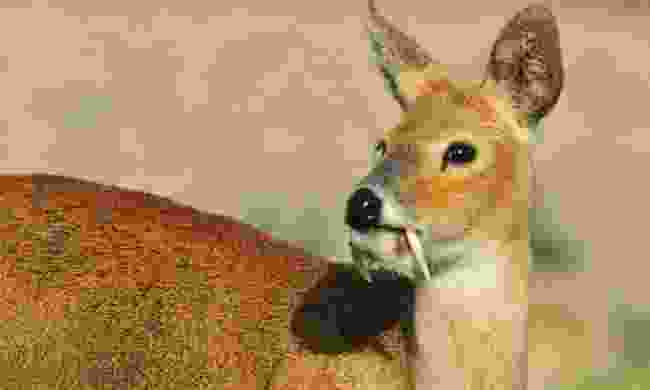 Native to the Yangtze flood plain and some parts of Korea, the Chinese water deer and is more closely related to a musk deer that a true deer.

The males have no antlers. Instead, they grow long tusk-like canines, giving the breed the fearful nickname of ‘vampire deer.’

Not that you are in any danger should you encounter one in the wild. The tusks are largely ornamental and used to root around for food. They're not after your blood. They much prefer to nibble on weeds, grasses and herbs. 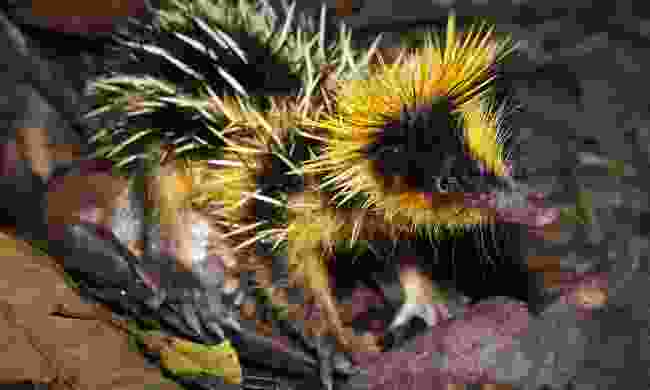 A streaked tenrec in the rainforest of Ranomafana, Madagascar (Shutterstock)

Despite being covered in spikes, the streaked tenrec is not a hedgehog. Sure, it rolls up into a ball when it is threatened, and it will shoot quills into the mouth of any predator silly enough to try and eat it - but it's more closely related to otters and moles.

Tenrecs are native to Madagascar, and you’ll find streaked tenrecs scratching around on the floors of the rainforests in Ranomafana, looking for worms and other insects to feast upon. Largely nocturnal, stumbling across a streaked tenrec is sure to give you a fright. 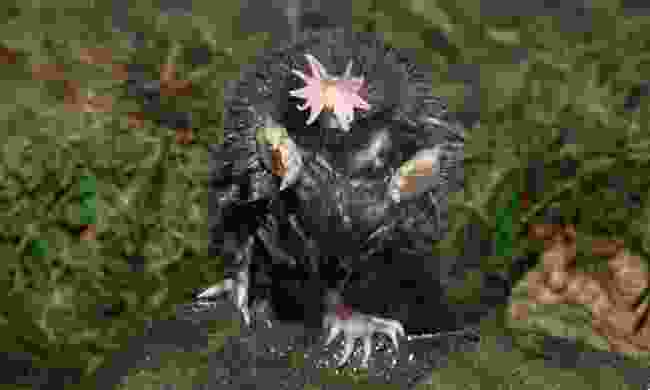 Found in the more ‘moist’ parts of North America, the star-nosed moles are not uncommon, just uncommonly seen.

The distinctive star-shaped organ on the end of their nose is touch-sensitive and made up of over 25,000 minute sensory receptors that they use to feel their way around.

No bigger than an average hamster, these moles also use their noses to blow bubbles under water to sniff out their prey, making them the only known mammal that can smell underwater.

First discovered in 1983 in China’s Tian Shan Mountains, the incredibly rare ili pika was not seen again until 2014. Known locally as the ‘Magic Rabbit’, it is thought that there are less than 1,000 in existence.

Looking like a short-eared rabbit with a teddy bear face, ili pika like to eat grass, herbs and mountain plants. They spend the summer collecting food, that they stockpile amongst rocks in distinctive ‘hay piles.’

Scarcer than pandas, ili pika are rarely spotted in the wild, although camera traps set around Tian Shan Mountains are giving scientists a better idea of how this elusive, magically cute animal lives its life. 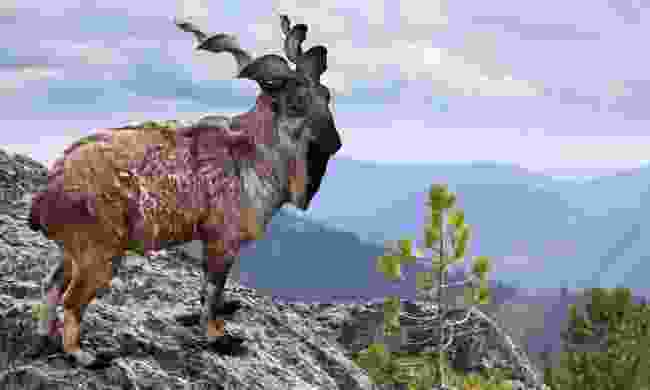 Markhor on a rock in a Pakistani wilderness area (Shutterstock)

Known as the old man of the mountains, this extraordinary goat is only found in the remote mountains of north-eastern Afghanistan and Pakistan.

Despite its strange and unexpected appearance, it is Pakistan’s national animal. Sadly, it is also on the world’s most endangered wildlife list.

Bizarrely, markhor spittle is highly sought after as an anti-venom. It is easily harvested. Markhor are sloppy eaters, so when they chew their cud, spittle falls from their mouths and dries on the ground. Locals simply scrape it up off the ground. 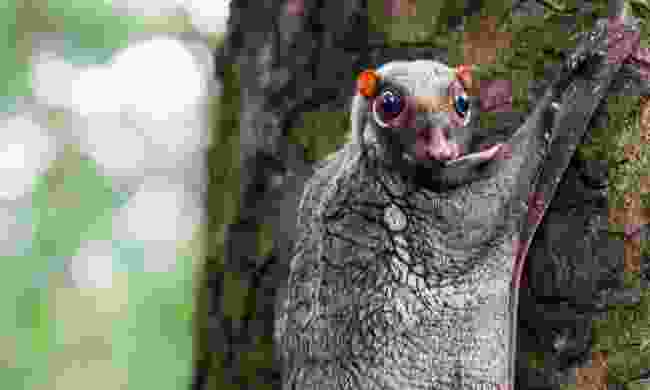 A colugo clinging to a tree (Shutterstock)

Also known as Flying Lemurs, these gentle creatures are not in any way a member of the lemur family. In fact, they're quite closely related to primates.

Colugo spend their lives holding onto the trunks of trees in the jungles of South-East Asia. This is when their grey and brown fur comes in handy, and acts as excellent camouflage. 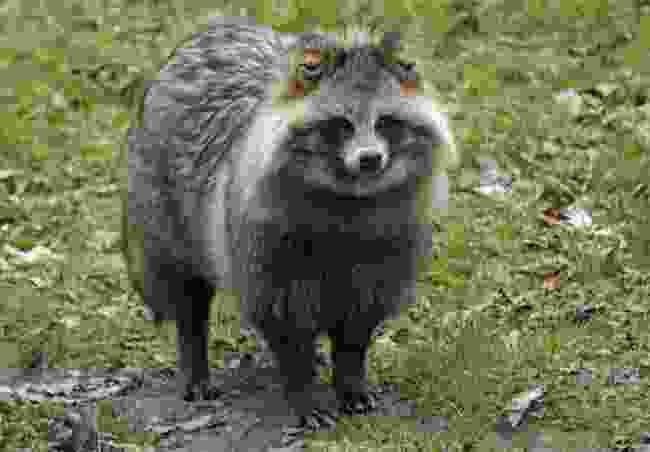 A raccoon dog in the wild (Shutterstock)

The most extraordinary thing about raccoon dogs is that they are not related to raccoons at all. Despite having faces that look identical, these east Asian dogs, also known as Tanuki, are are most closely related to foxes.

Raccoon dogs have also been significant in Japanese folklore since ancient times. They are portrayed as mischievous and jolly and are famous for shape-shifting. Many Japanese homes have a small statue of one on their bookshelves. 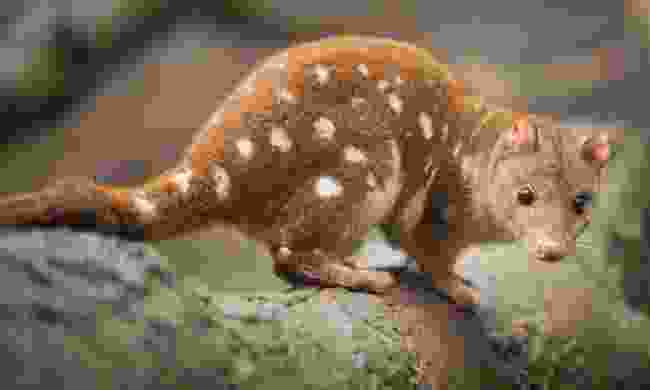 With their beautiful spotted coats, quolls are as cute as a button. Native to Australia and some parts of Papua New Guinea, these carnivorous marsupials have been tucking into small birds, lizards and insects since Miocene times.

Sadly, quoll numbers have dropped dramatically since the ill-advised introduction of cane toads into Australia. The slow, lumbering pests represent a quick and easy meal for the nimble quoll, but the sacks of poison along the toads’ backs are deadly.

Looking like a cross between a tiny chicken and a mouse, the three-toed Baluchistan pygmy jerboa vies with the African pygmy mouse as the smallest rodent in the world.

Weighing in at less than four grams and barely four cm tall, they are native to Pakistan. In particular, the dry plains and sand dunes of the Baluchistan desert.

Should you come across one feeding, get ready to be charmed. Existing on a diet of wind-blown seeds and dry leaves, they raise their food to their mouth with their tiny little hands. 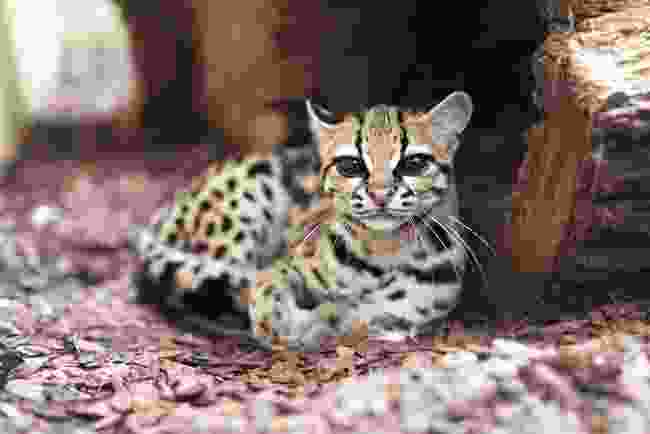 In the deciduous, tropical, subtropical and cloud forests of Central and South America lives the margay: a small wild cat that tends to lead a solitary life climbing through the trees, looking for rats, tree frogs and squirrels (among other creatures) to eat.

Its stature and spotted face may be reminiscent of an ocelot, but rest assured the margay has a few key differences. For one, its tail is longer than its hind leg, whereas an ocelot's will be decidedly shorter.

Sadly, margays are quite rare, having suffered at the hands of the illegal wildlife trade in the 1990s. They are now classified as a 'near threatened' species.

More incredible animals worth seeking out:

10 adorable photos of baby animals in the wild

5 islands that are ruled by animals