Over four days and 85km, Andrea Moreno took on the challenging trek through the Masai Mara's conservancies in southwestern Kenya, learning about the local conservation efforts... 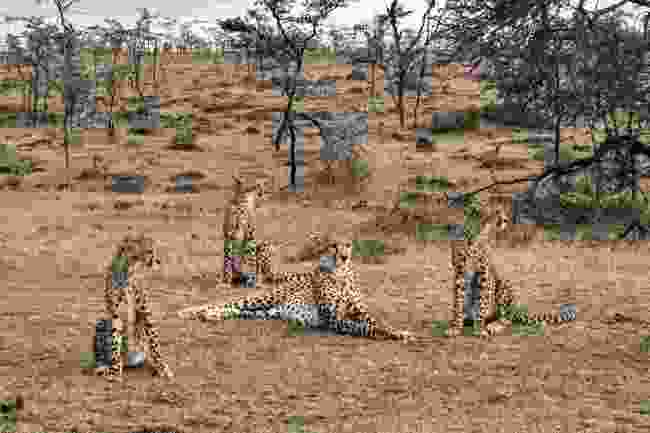 “They’ve seen us,” whispered our guide Roelof Schutte, as we rapidly crouched to the ground. “She’s looking straight back at us. There’s at least five of them.” A lioness and her pride were staring at us from 300m away, their bodies in full ‘alert’ mode.

We heard the loud chirping of Rüppell’s long-tailed starlings, in the branches of the tree we were hiding behind, so the animals wouldn’t feel threatened. The air was filled with suspense, not felt by guide Rakita Ole Shololo, who didn’t seem bothered one bit.

With his 40 years of experience as a hunter-gatherer, the 70-year-old has seen more than his share of lions, usually scaring them away with just his body language. 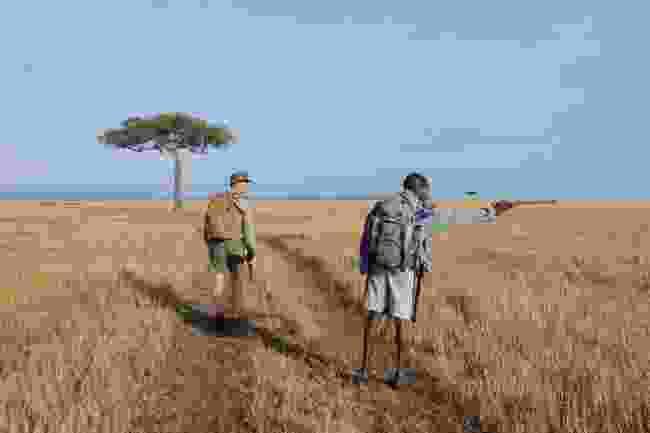 This was on the third day of our 85km adventure, traversing four protected wildlife conservancies, just above Kenya’s Masai Mara National Reserve, on foot.

Over four days, we walked from east to north-west, starting in the Mara Naboisho Conservancy, crossing through Mara North and Lemek, to end in Ol Chorro - partly to learn about the projects set up to support local people and protect the resident wildlife.

Indeed, the conservancies themselves are a success story. The land is owned by Maasai communities but privately managed. The community continues to graze their cattle in a controlled way, without generating patches of overused land, while the local wildlife is still able to roam free.

“The story needs to be told about what we’re dealing with in terms of human development and human-wildlife conflict,” South African Roelof explained. “It doesn’t happen overnight. But the conservancies have been very successful.” 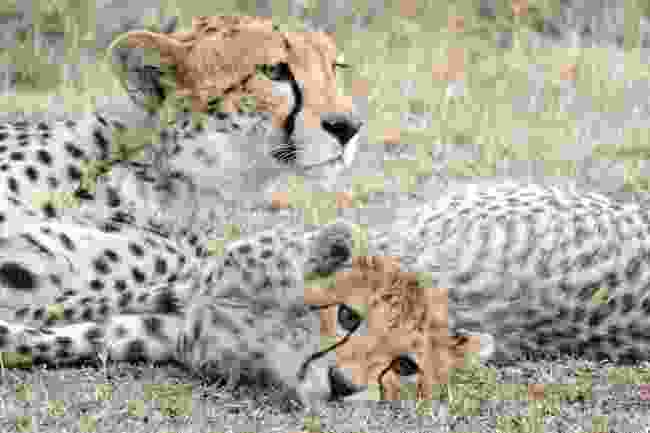 Naboisho Camp is a 45-minute drive from Naboisho airstrip but it became a five-hour adventure, as we landed and spent time photographing elephants and lionesses with their yawning cubs.

As the sun started to set, two cheetahs we’d been observing tried to hunt topis, wildebeest and impalas but without success.

Driving on in darkness, we came across two lions. Daniel, our Maasai guide, stopped the car and we remained motionless, as instructed. The adult male lions moved around the vehicle, just inches away, sending out nerve-racking roars into the night, a warning to any other lions in their territory.

“You can imagine when a hundred people need to go on a game drive.” As well as less people, there are tighter regulations in the conservancies than in the main reserve, to avoid stressed animals being surrounded by dozens of safari vans. 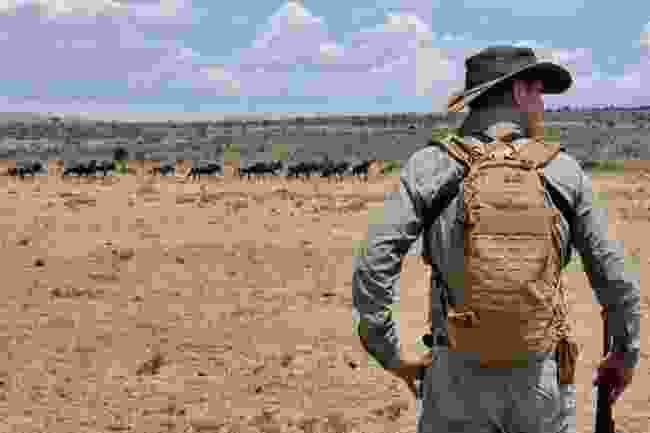 After a second day of memorable wildlife sightings, from giraffe to a rare serval, we set out on foot from Naboisho Camp next morning at dawn. As we walked, we communicated by clicking our fingers to avoid disturbing the animals.

Roelof was armed with a rifle, while Rakita carried a set of binoculars and what looked like a wooden club. Slowly but steadily, we immersed ourselves in the Mara landscapes, spotting Thomson’s gazelles and wildebeest with the hills bordering Tanzania’s Serengeti behind them.

I heard dry grass cracking under my feet and wind whistling through thorn acacia trees. As we rested on a rock, several giraffes walked behind us, led by a curious big bull.

In the afternoon, we visited The Maa Trust, a beadwork project creating colourful products, from homemade coasters to cute dog collars.

As well as empowering local women and providing vital incomes, the project also aims to educate local people and reduce human-wildlife conflict. “We try to link everything to wildlife,” explained Dr Crystal Mogensen, who runs the trust.

“We react to basic needs but we would like to prevent issues, too. We need a clinic for maternal care and family planning. In seven years, the population [here] has grown three times already.” 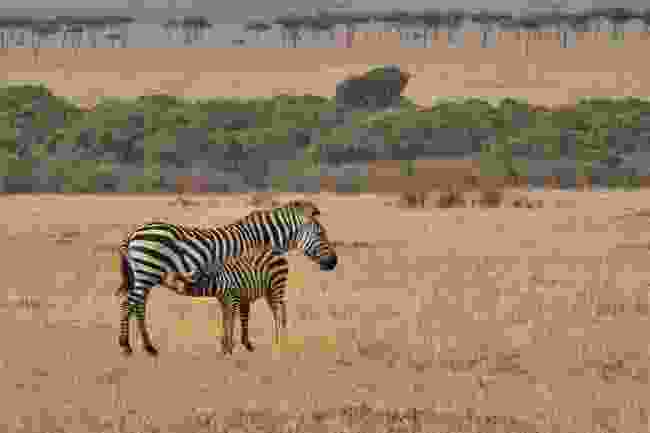 We arrived at Kicheche Bush Camp in Olare Orok Conservancy, where we were welcomed with pint-sized G&Ts, which felt deserved after a challenging walk in the dry heat.

Next morning, we left camp as the first rays of light hit the grass. Arriving at an open area, we saw clusters of zebras, their stripes turning gold and black in the rising sun.

Young Thomson’s gazelles practised their running skills. Topis grazed peacefully. Buffaloes stood and stared. Honeyguide birds tempted us with their calls and large kori bustards showed us their gorgeous wings. It would be almost impossible to see such natural behaviour from so close in a vehicle.

We sheltered from the midday sun in a dry river bed. Rakita giggled, spotted Roelof taking a nap. He silently gestured to us that we should hide and mimic hyena noises to give Roelof a fright.

Later, a group of cattle passed us, their Maasai owners leading them a nearby source of water, as we reached our fly camp. Showers and cold beers waited for us. We spent the evening chatting over a hearty curry and looking up at a sky full of stars.

On day three, there was an early thrill as a solitary hippo (weighing approximately two tonnes) walked in front of us. “They are one of the most dangerous animals in Africa,” said Roelof. “They will run at you and they won’t stop.”

Eagles and lions in the Lemek Conservancy 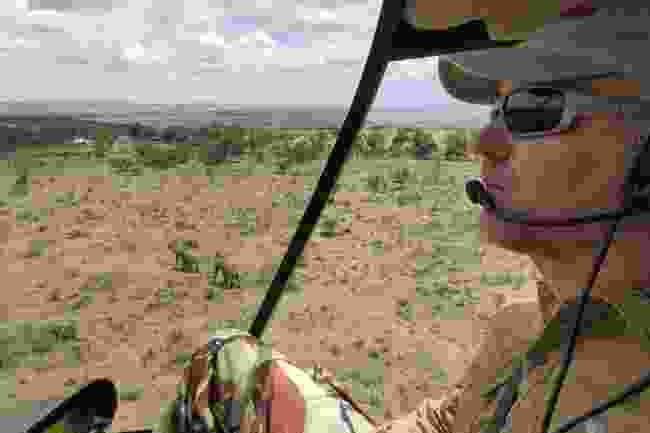 We passed through Mara North, heading towards the Mara River and Lemek Conservancy. On a misty ridge, hyenas were chasing animals, looking for a weak one to pick off. That morning, we saw the five lions and, later, a pair of cheetahs, all from a safe distance but both exhilarating experiences.

We watched martial eagles in flight and walked past a giant hippo skull to reach the Mara river, where a buffet lunch had been set up on a table in the shade of a tree.

Soon afterwards, a Robinson R44 helicopter landed. Marc Goss, CEO of the Mara Elephant Project (MEP), invited us into the helicopter to help him move a family of elephants from nearby Inkinye Forest. 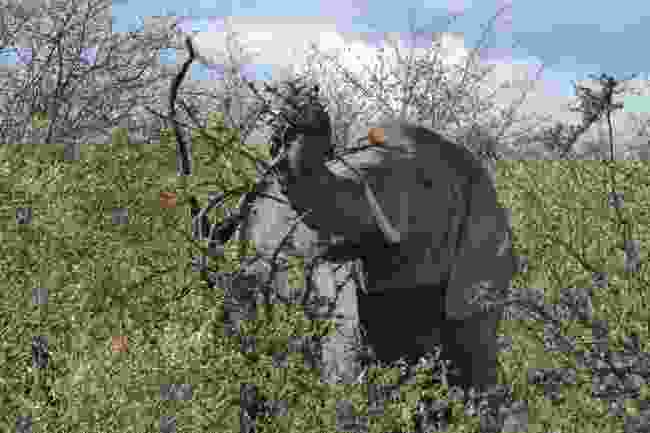 The small village of Kirindon was at risk - as elephants can eat and destroy entire crops in just one night. As well as anti-poaching, the MEP work to stop elephants being injured or killed by angry farmers and villagers.

Following the signal of Hugo - a collared bull elephant - we located a family. As they heard the helicopter, elephants, including infants, started to run through the forest. I lit flares and fired them in the direction of the elephants, the explosions scaring them away from the forest.

On the ground, a patrol of MEP rangers worked to push the elephants further into the conservancies. After a tense 45-minute operation, we’d moved seven elephants to a safe distance. As human populations continue to grow and animals’ habitats are decreased, conflict like this is likely to escalate, Marc told us. 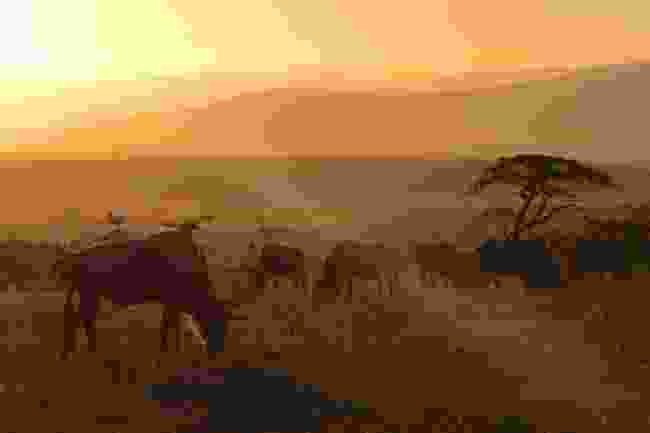 On our last day, we walked to Kileleoni Hill in Ol Chorro Conservancy, the highest point in the Mara. We entered a sanctuary where two southern white rhino live - they're so rare that they're under the 24-hour protection of rangers with automatic rifles.

“You shouldn't walk around here without announcement. If a ranger sees you, they might think you’re a poacher and shoot you,” Community Ranger Brian Ondialla Ole Naingisa said sternly, with a jokey grin.

We walked together for a few minutes. “This is Queen Elizabeth and Kofi Annan,” Brian said, introducing us to the horned duo as they munched their way up the hillside.

As we walked the final kilometres to Mara Bush Houses, our final stop, on the other side of the hill, I listened to the grass crunching under my feet and felt the wind on my face. I’d completed a challenging trek in sometimes tough conditions. But the rewarding feeling of walking in these conservancies is something I won’t ever forget.

I’ve had the pleasure of seeing the Masai Mara several times from planes and safari vehicles. But only on this epic walk have I stood eye-to-eye with the animals, and truly grasped the people, plans and projects driving this wild place.

The author travelled with Asilia Adventures on their ‘Traverse the Mara Conservancies on Foot’ trip.

Experiences with the Mara Elephant Project can also be arranged via Asilia. Kenya Airways (020 8283 1818) offer return flights from London to Nairobi.