Feel right at home on the range and pick up a few new skills with these cowboy-themed trips and activities, designed to take you to the heart of America’s Wild West 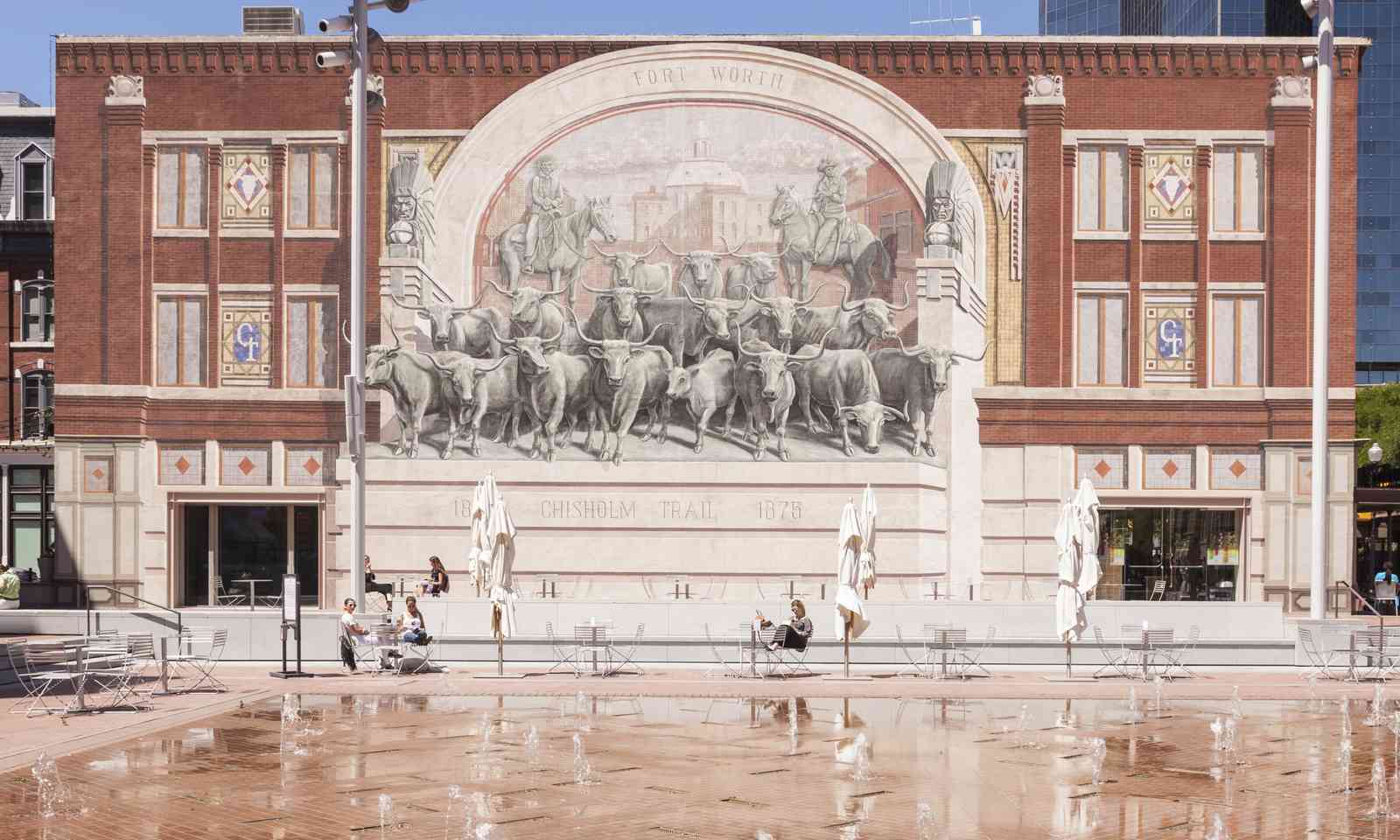 The Chisholm Trail monument in Fort Worth (Dreamstime)

The Chisholm Trail relocated cattle from south Texas, through Oklahoma, and all the way to Abilene, Kansas. It was the greatest migration of livestock in world history. In 2017, it marks its 150th anniversary. Celebrations are planned all along the route.

The ‘History on the Hoof', for example, will see 400 head of longhorns driven 800 miles San Antonio to Abilene, Kansas. It will follow the original trail, with special eventsplanned at the various museums that dot the trail and in the towns it passes through. Visiting them is a quick and easy way to ease yourself into the cowboy way of life

2: Practice your quick draw at the OK Corral, Tombstone, Arizona The shootout at the OK Corral is the most famous gunfight in history. You can relive the moment (it was over in less than 30 seconds) at the O.K. Corral Historic Complex, built on the site of the original 1881 battle.

The fight between brothers Earp and Doc Holliday and the notorious Clanton cowboy gang is re-enacted every day at 2pm and again at 3:30pm during holidays. It lasts a little longer than the original, but thankfully your ticket also includes entry to Tombstone’s Historama, as well as the museum for Arizona's oldest newspaper, The Tombstone Epitaph.

You will also walk away with a free copy of the 1881 reprint of The Tombstone Epitaph newspaper with the original reports of the gunfight. 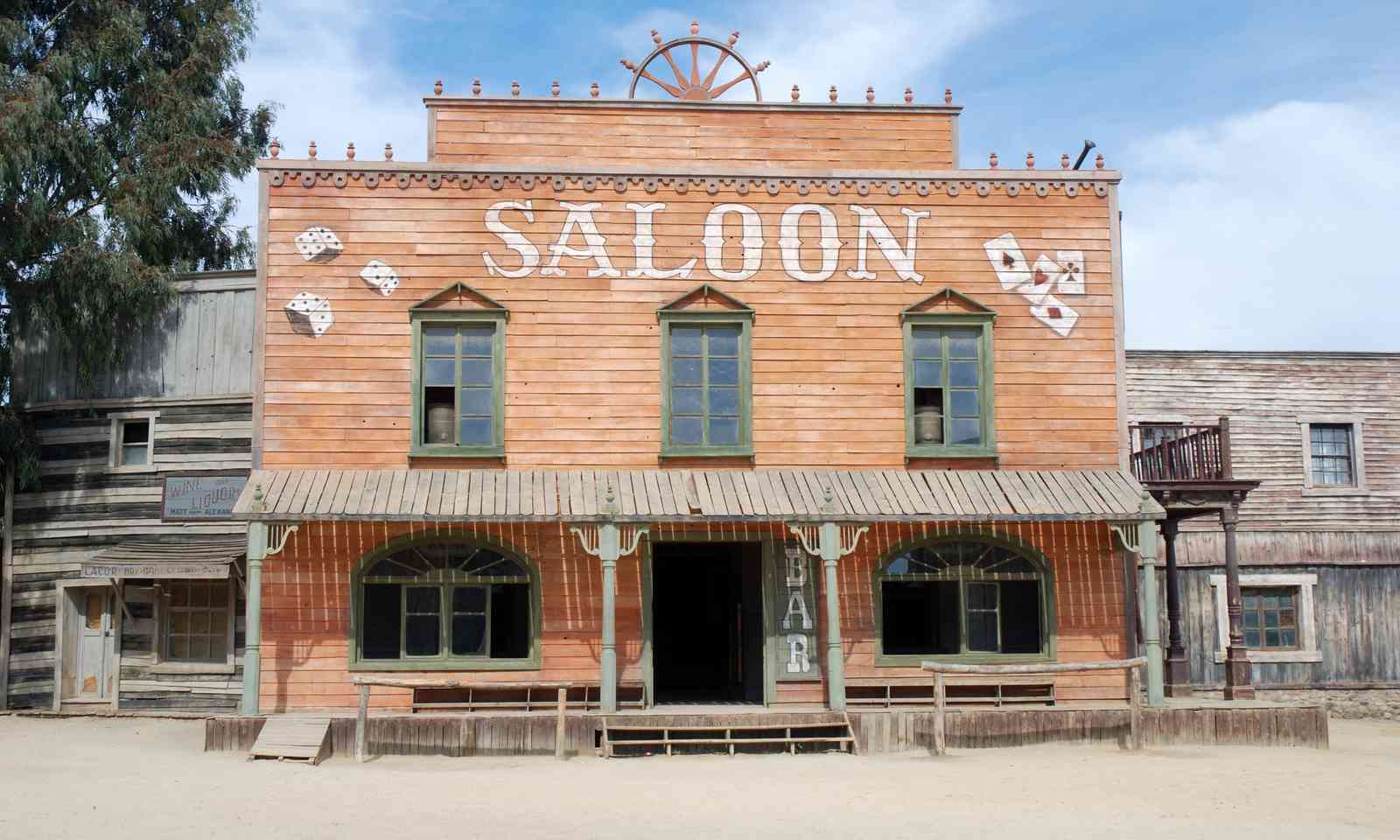 At the height of it’s infamy, Whiskey Row in Prescott boasted over 40 bars. It was the place for settlers, cowboys, prospectors, show girls, gamblers, and even outlaws to get a drink. More often than not, things got a little wild, and the odd shootout or two was not uncommon.

Today, you’ll also find art galleries and candy shops on Whiskey Row, but there are enough of the old time saloons left to evoke a real sense of times gone by.

Matt’s Saloon is a good place to star, while the Bird Cage Saloon is one of the oldest original saloons still standing. The local Chamber of Commerce prints a ‘Prescott Saloon Crawl’ guide to help you plot your own course of mayhem.

4: Stay on a Dude Ranch in Texas 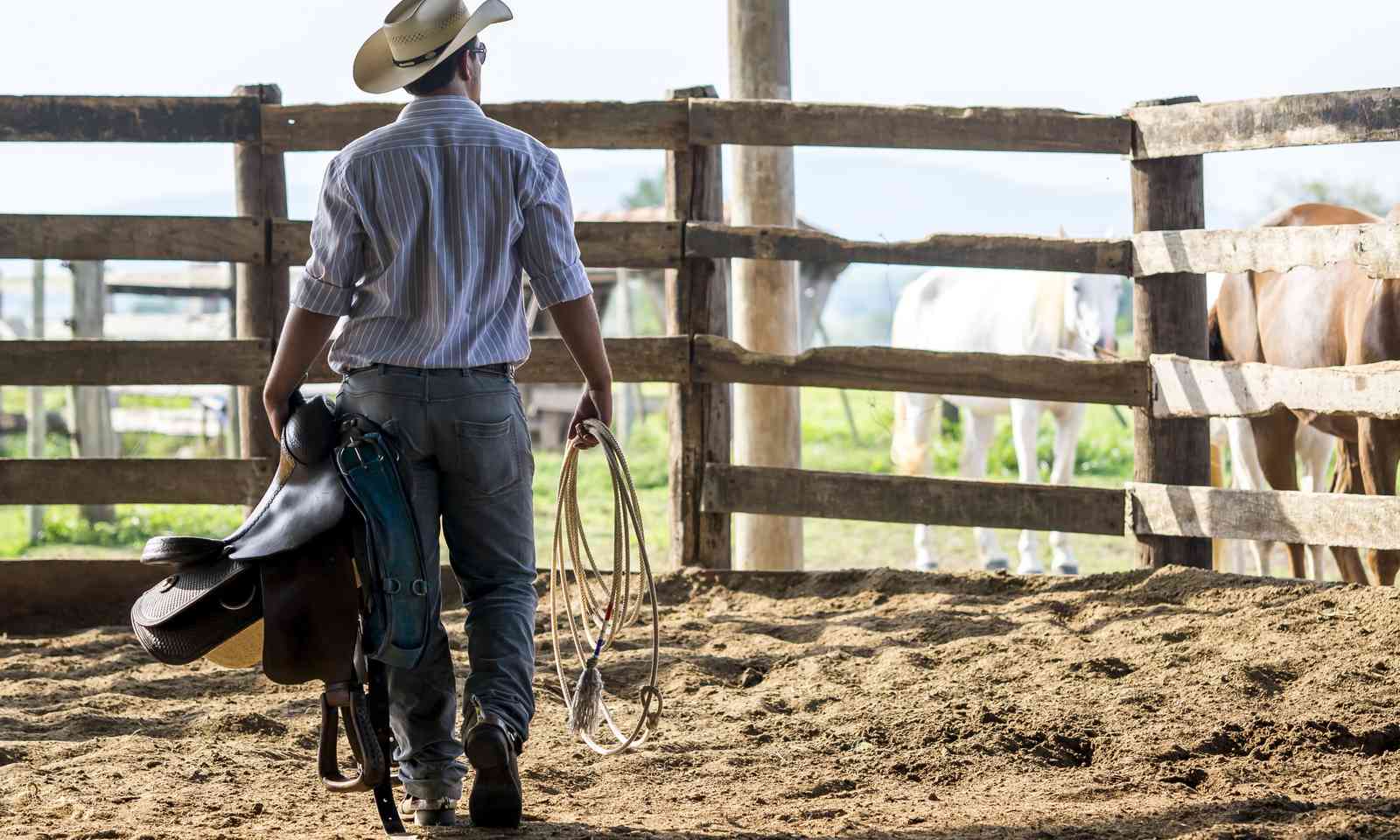 According to the Webster dictionary, a ‘Dude’ is a city dweller unfamiliar with life on the range. Dude Ranches, then, are designed to get you familiar with rounding cattle, eating beans and sleeping under the stars, real fast.

One of the most famous is the Dixie Dude Ranch, the oldest in Texas. Set in 725 acres of spectacular Texas Hill Country, it has 20 cabins and offers every cowboy-themed activity imaginable. Its overnight trail rides are legendary, with cowboy balladeers on hand to serenade you to sleep.

5: Drive cattle and round up horses 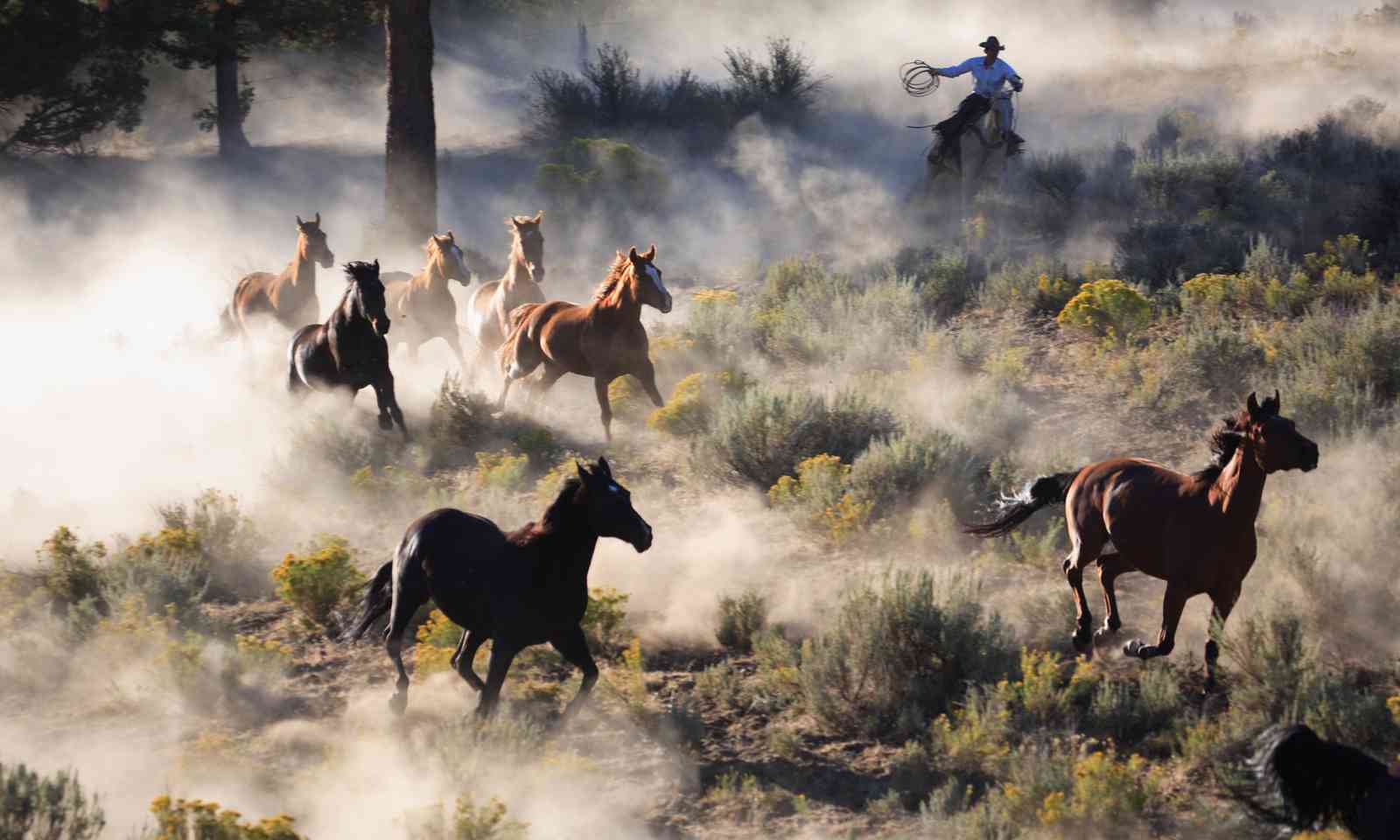 Moving cattle from winter range to mountain pastures has been part and parcel of the cowboy life since the West was won. It continues to this day, with many ranches offering visitors the chance to join in.

In south-west Montana, you can take part in the seven-day Montana high country cattle drive, learning about the history of Montana, doing a spot of fly-fishing and celebrating the end of the rustle with a traditional barn dance.

Alternatively, you could join the Doublerafter cattle drive in Wyoming. Each night you'll set up 1800s-style canvas wall tents and eat grub cooked in a Dutch oven. Be warned: impromptu rodeos are the norm.

Skilled riders should consider an even bigger challenge: a horse drive. Fast and exhilarating, you'll be in the saddle for up to six hours a day, driving hundreds of horses the old fashioned way. Silver Spur, a working ranch in Idaho, has several horse drives a year.

6: Celebrate National Day of the Cowboy 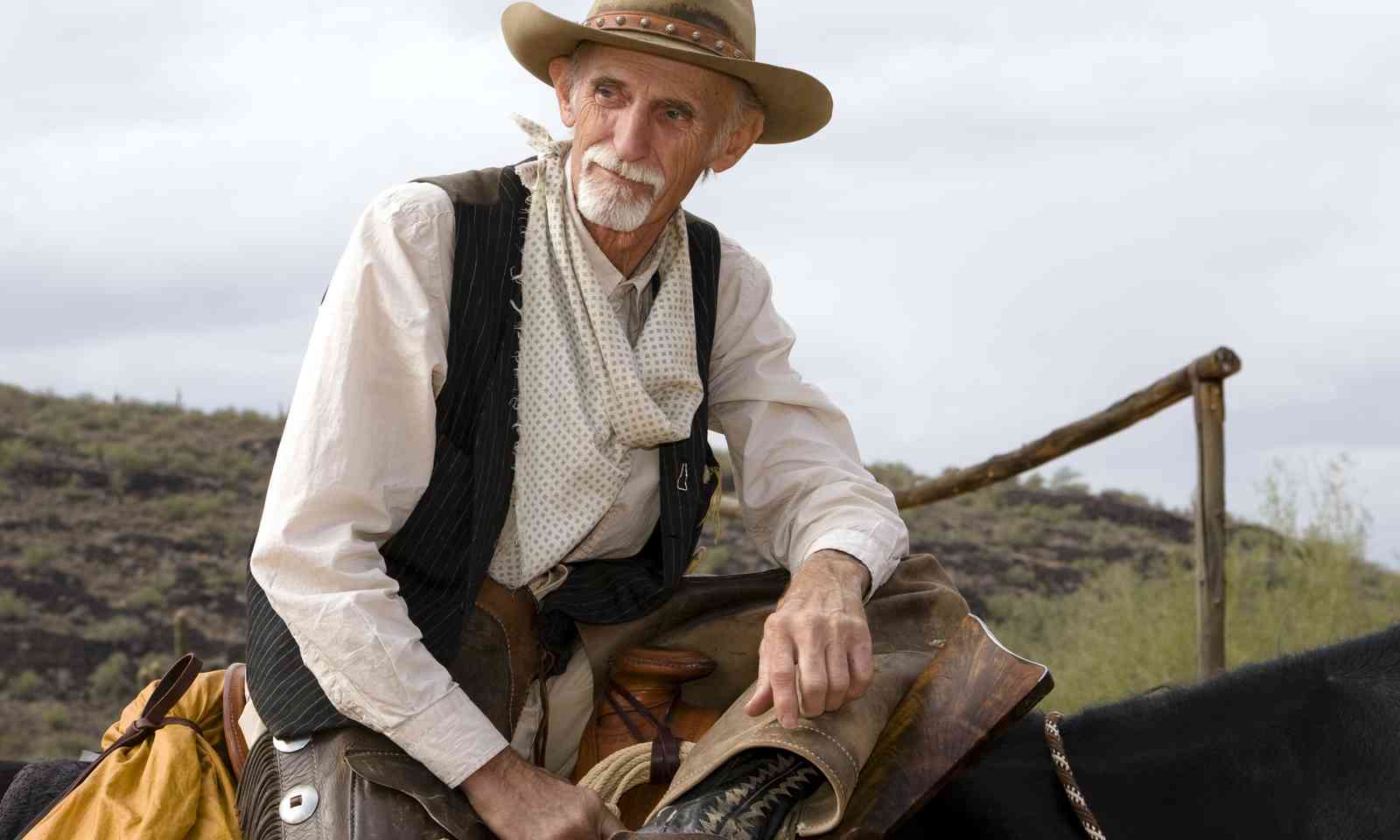 On July 27 every year, the United States celebrates the National Day of the Cowboy. Celebrations are held across the nation, particularly in the west and south, honouring the role played by cowboys in the building of the nation and the contributions they continue to make today.

The best place to join in is in Bandera, Texas, the self-proclaimed ‘Cowboy Capital of the World’.

On a normal day it is not unusual to see a real-life cowboy ride into town and tie his horse to a hitching post (still a feature on the streets of Bandera). On National Cowboy Day, they’re everywhere. Head for Arkey Blue's Silver Dollar Saloon, one of Texas' greatest dance halls, for one hell of a hootenanny.

Main image: On the range. At sunset. (Dreamstime)