10 amazing places to immerse yourself in the culture of Oman

Oman’s heritage isn’t confined to great museums and galleries. The country’s culture is all around, from world class museums and ancient forts to sunbaked shipyards, all ripe for exploration… 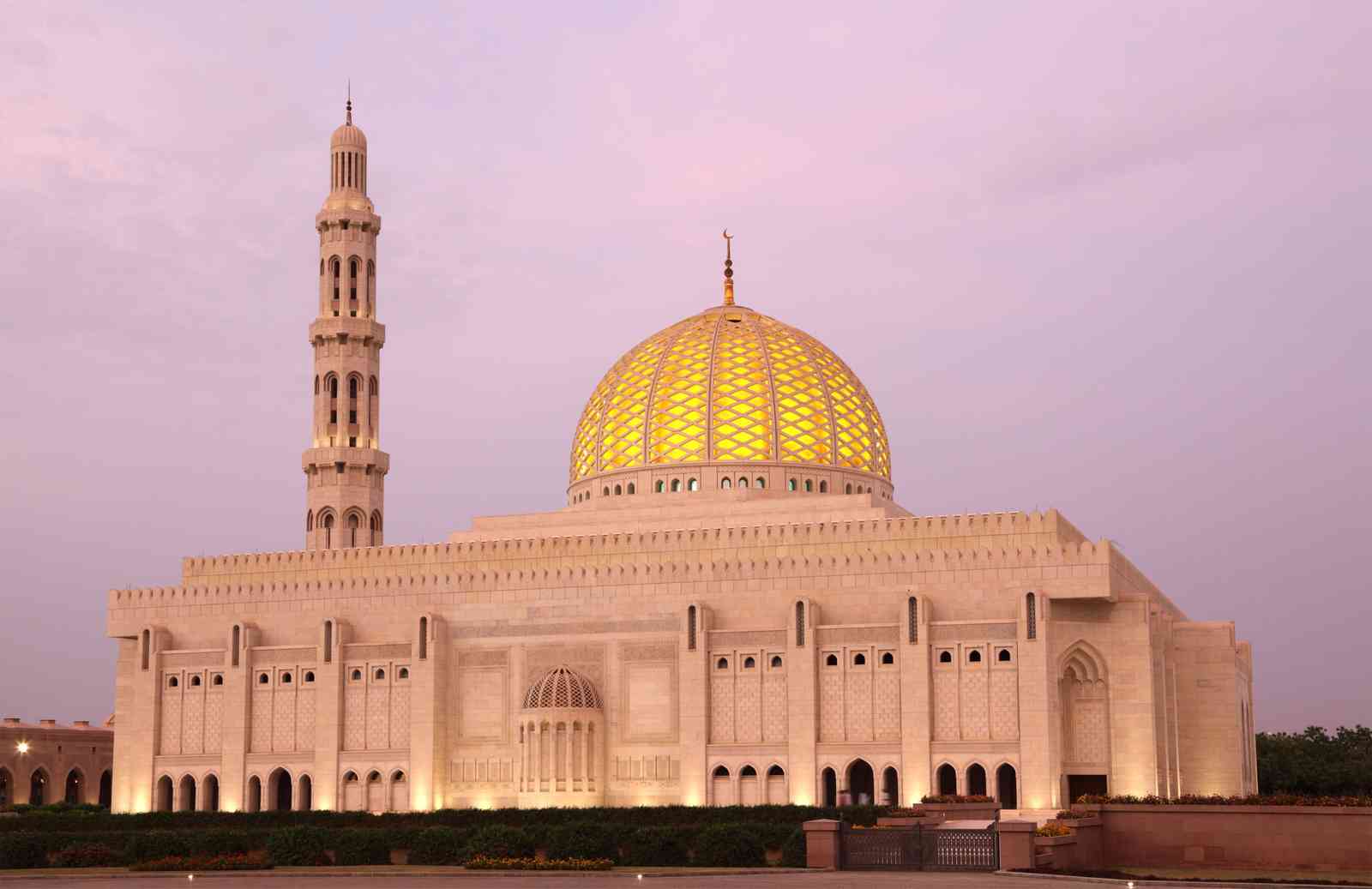 No trip to Oman’s capital would be complete without visiting Sultan Qaboos Grand Mosque, perhaps the finest example of contemporary Islamic architecture in the world. It is also the only mosque in Oman that’s open to non-Muslims.

Surrounded by peaceful gardens and water pools, its white marble minarets and soaring arches hint at the grandeur within. In the main prayer hall, countless hand-painted tiles and golden nooks shimmer in the light of a vast crystal chandelier, like a work of art in itself. At your feet is one of the world’s largest hand-woven carpets, upon which thousands of worshippers kneel for Friday prayers.

Every corner of this mosque features the work of the best local artisans, from ceramicists to wood carvers. But there’s depth and meaning behind the grandeur, too. Be sure to explore with a guide to learn more. 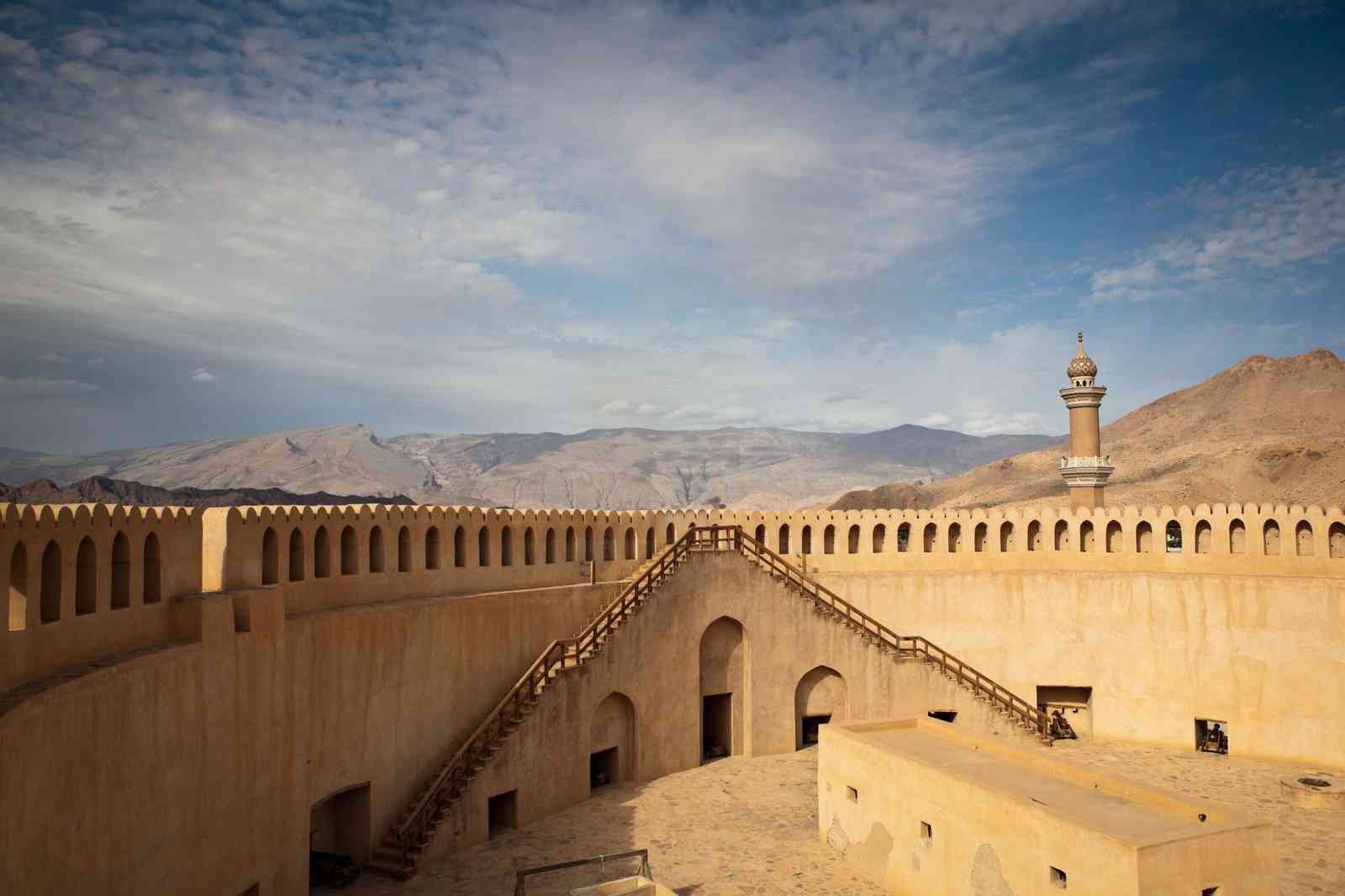 At the foot of the Western Hajar mountains, blessed with natural water sources and cool fertile valleys, Nizwa has always been a coveted spot in this region of perilous deserts. In the ninth century, a stronghold was built to protect the town from marauding forces, and the imposing sandstone structure has been added to and adapted ever since.

These days the aim of Nizwa Fort is to encourage visitors from far-flung lands to visit, rather than to drive them away. Knowledgeable guides will point out the metal spikes, booby traps and ‘murder holes’ (through which boiling hot date syrup was poured on to intruders) that made Nizwa so impenetrable.

The rooftop, where dozens of cannons would have once stood, is a great spot to soak up views of the city, which is still prosperous and sought-after, but utterly peaceful. The sweet, earthy aroma of frankincense is always on the breeze in Oman, wafting from souk stalls, hotels, or the courtyards of private homes. This precious resin is tapped from the Boswellia trees of mountainous Dhofar, in the south of the country, the source of the world’s finest frankincense.

Salalah’s Museum of Frankincense Land traces the history of its trade and consumption, and explains how it is harvested, alongside some insights into Omani maritime history.

Afterwards, follow your nose to Al Husn Souk, where you can haggle for all types of frankincense, including the rarest, most treasured types, such as shazri and hasiki. Muscat's lavish and impressive opera house combines world class acoustics with Middle Eastern elegance. Catching a concert or event here is a real treat if you’ve got a night in the city.

Although the venue attracts its fair share of big names (Andrea Bocelli and the London Philharmonic among them), the real stars are the local performers, who now have the chance to perform in a state-of-the-art venue on home turf. The programme includes classical Arab singers, poetry orators and traditional ensembles, all stellar acts with huge local followings.

As such, a night at the opera house offers a change to rub shoulders with local people and witness their pride in their homegrown talent. Book early, as tickets can sell out months in advance. This crumbly, atmospheric mudbrick village conjures up all those Arabian Nights tales, with its maze of artfully dishevelled streets and souk. Spare an hour or two on your way to the mountains to get lost here. Not many tourists make it to this ancient village, so you’ll be greeted with warm curiosity.

Bait al Safah is an endearing museum, set in a restored house and courtyard. With its collection of dusty coffee pots, palm-woven furniture and antique curios, this is a rather more low-key exhibition than you’ll find in the museums of Muscat, but it’s charming nonetheless – with occasional breadmaking and weaving demonstrations by a chatty gaggle of local women. 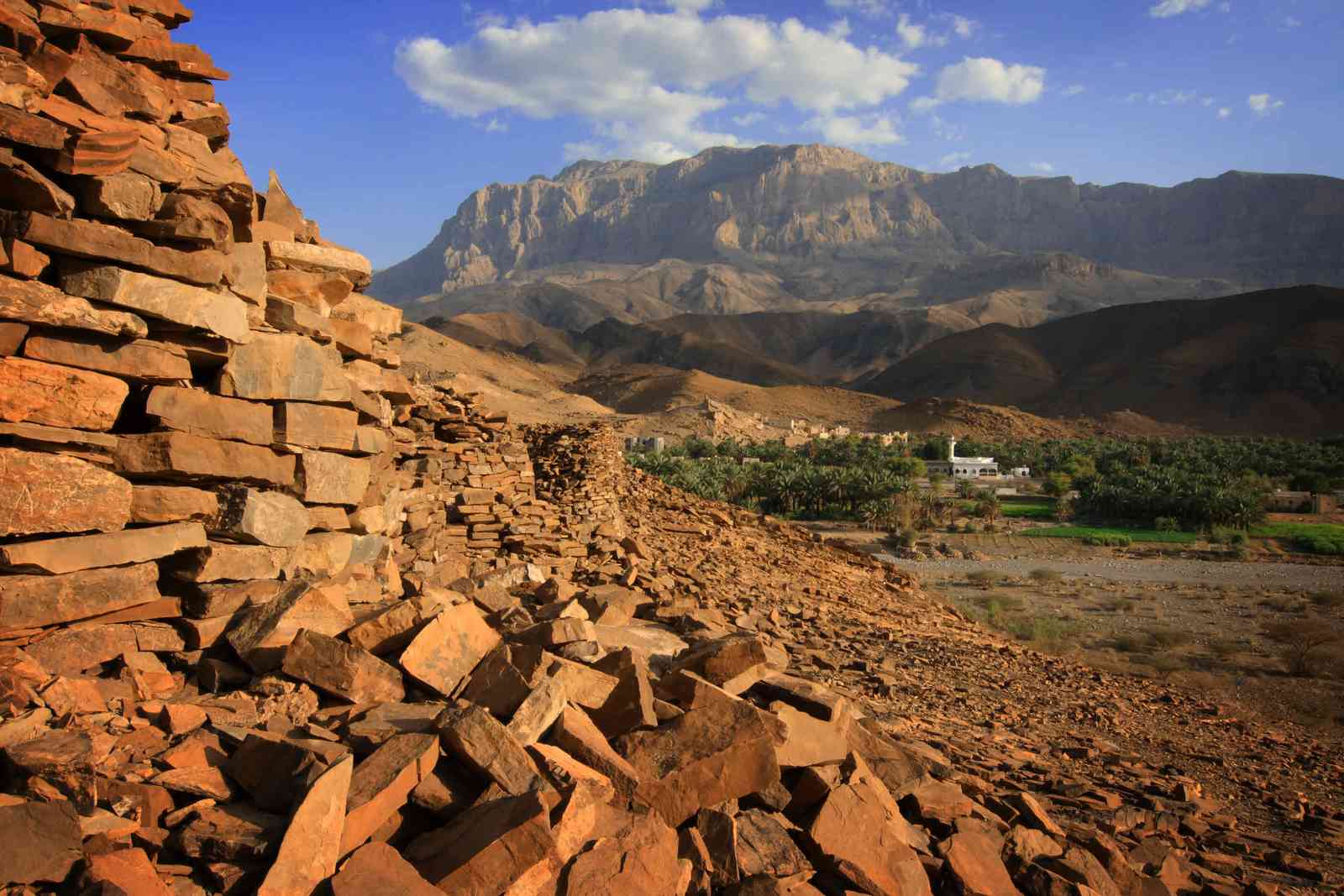 Take a step even further back in time at the small settlement of Al Ayn, not far from Jebel Shams. Here, a line of squat sandstone tombs stand sentry against a mountainous backdrop, as they have done for almost 5,000 years.

While such tombs can be found in various parts of this region, these are the best-preserved examples, in the most spectacular location. According to UNESCO, who added the tombs to its World Heritage list in 1988, the site is “the most complete collection of settlements and necropolises from the third millennium BC in the world”. Visit late in the day, when the sun is low and the mountain air is cool. 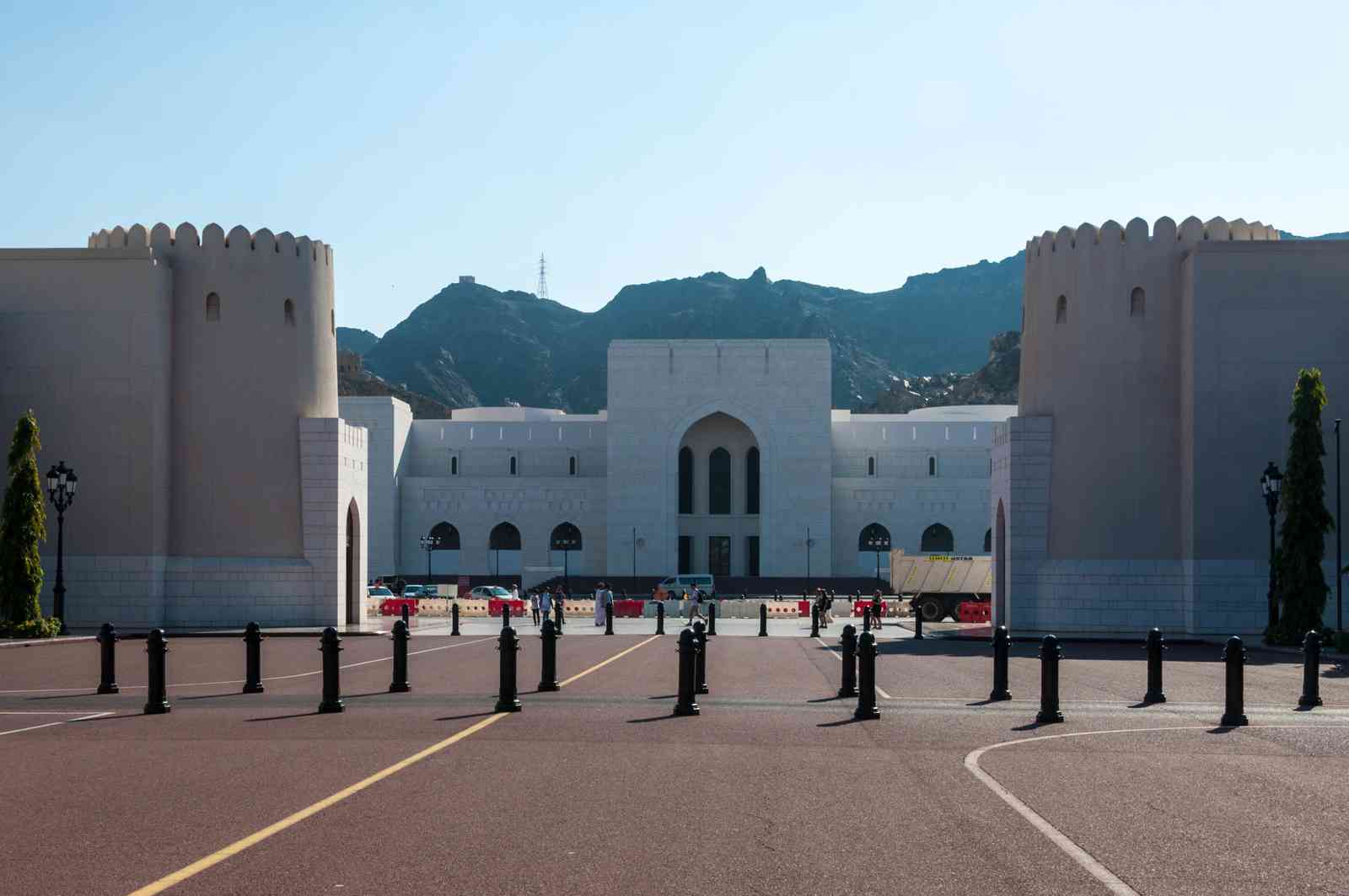 The magnificent National Museum opened last year, breathing new energy into the capital’s culture scene. Its collection of historical and contemporary Omani riches, the biggest ever of its kind, really brings the country’s story to life.

The exhibitions are divided into 14 themed segments, covering everything from the country’s first settlements, from over two million years ago, to the art and industry of society today.

The Intangible Heritage gallery is particularly fascinating, with live performers showcasing the dance, songs and stories of this remarkably poetic land. 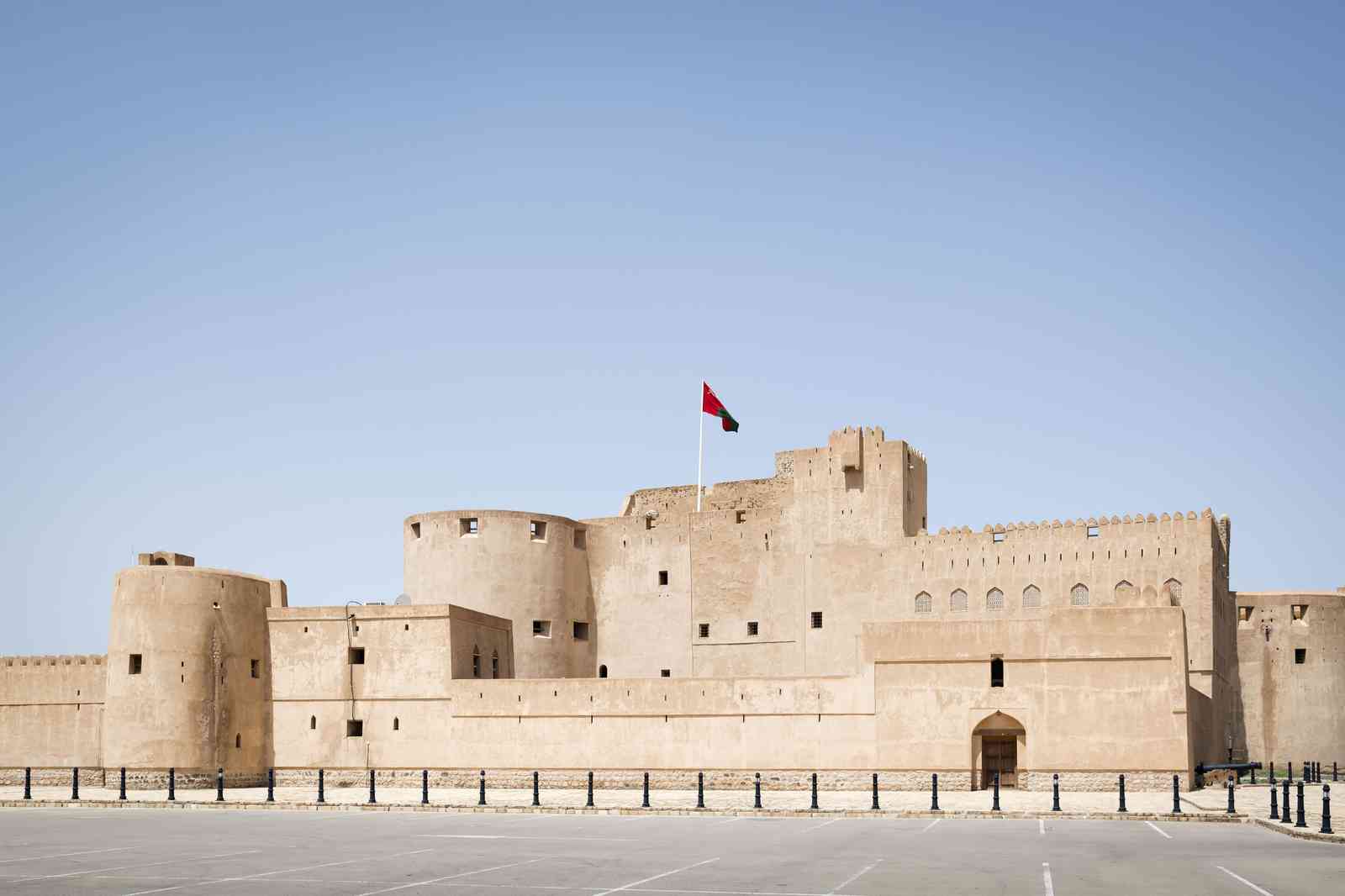 Without its ingenious falaj (irrigation) network, Oman would be a shadow of the country you see today. These intricate waterways siphon river water onto rain-starved fields and settlements, allowing crops and communities to prosper. In parts, the falaj systems are centuries old, and some stretches are UNESCO-protected.

For an example of this nifty engineering in practice, visit Jabrin’s imposing 17th-century fort. This deftly-preserved stronghold was the home of the Sultan, and it still boasts lavish decorations, hand-carved furniture, and a labyrinth of rooms and courtyards.

Its personal falaj system may have long dried up, but the complex of gullies and pipes shows the ingenuity needed to survive and thrive in the desert. 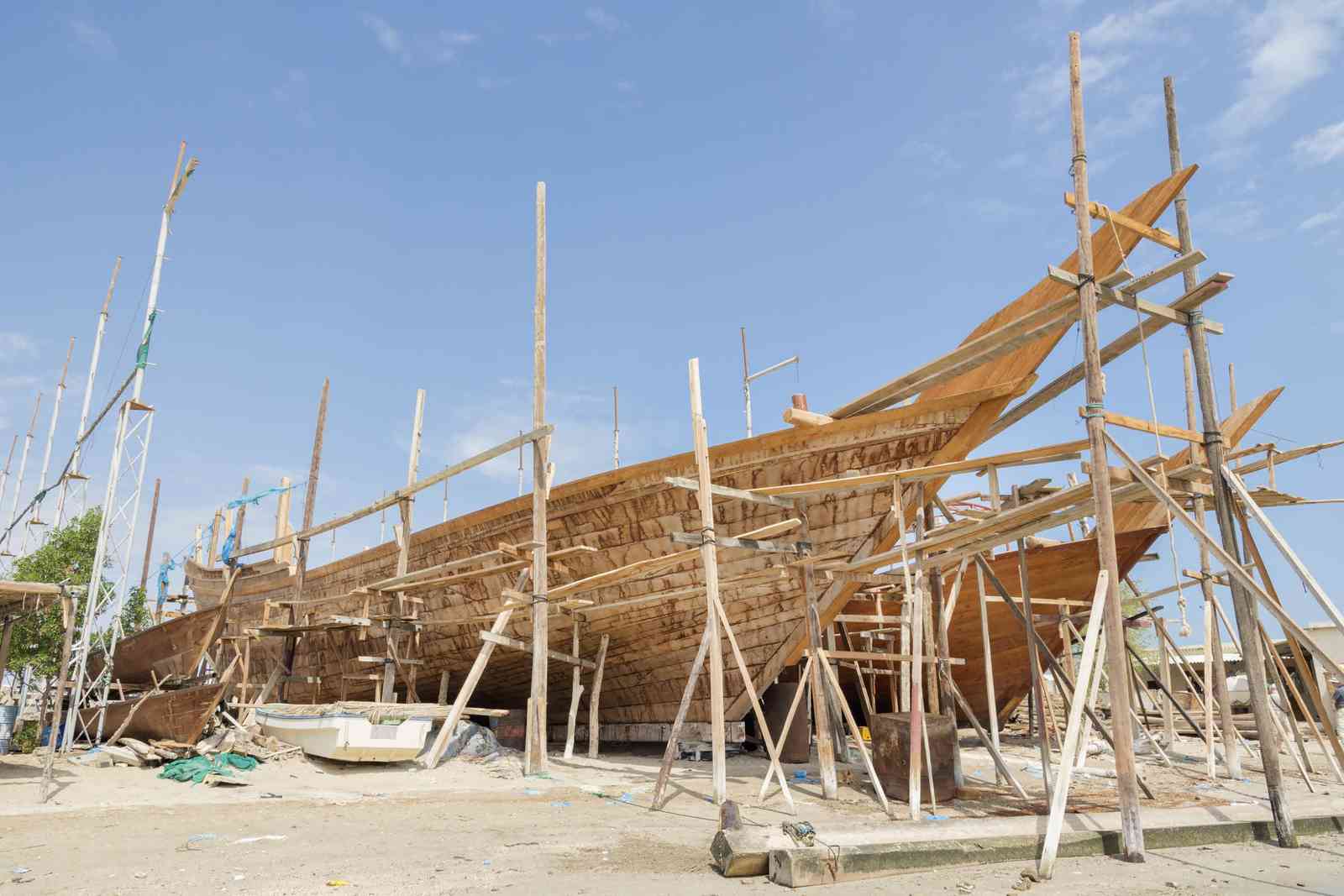 Sinbad the Sailor, that swashbuckling superman of the high seas, is the unofficial national hero of Oman, and with good reason: this is a nation of seafarers, who have plied the Indian Ocean for food and trade for centuries.

The shipyard of Sur, south of Muscat, is one of the few sites that still produce traditional wooden dhows. It's possible to visit and watch the craftsmen as they go about their highly skilled work. 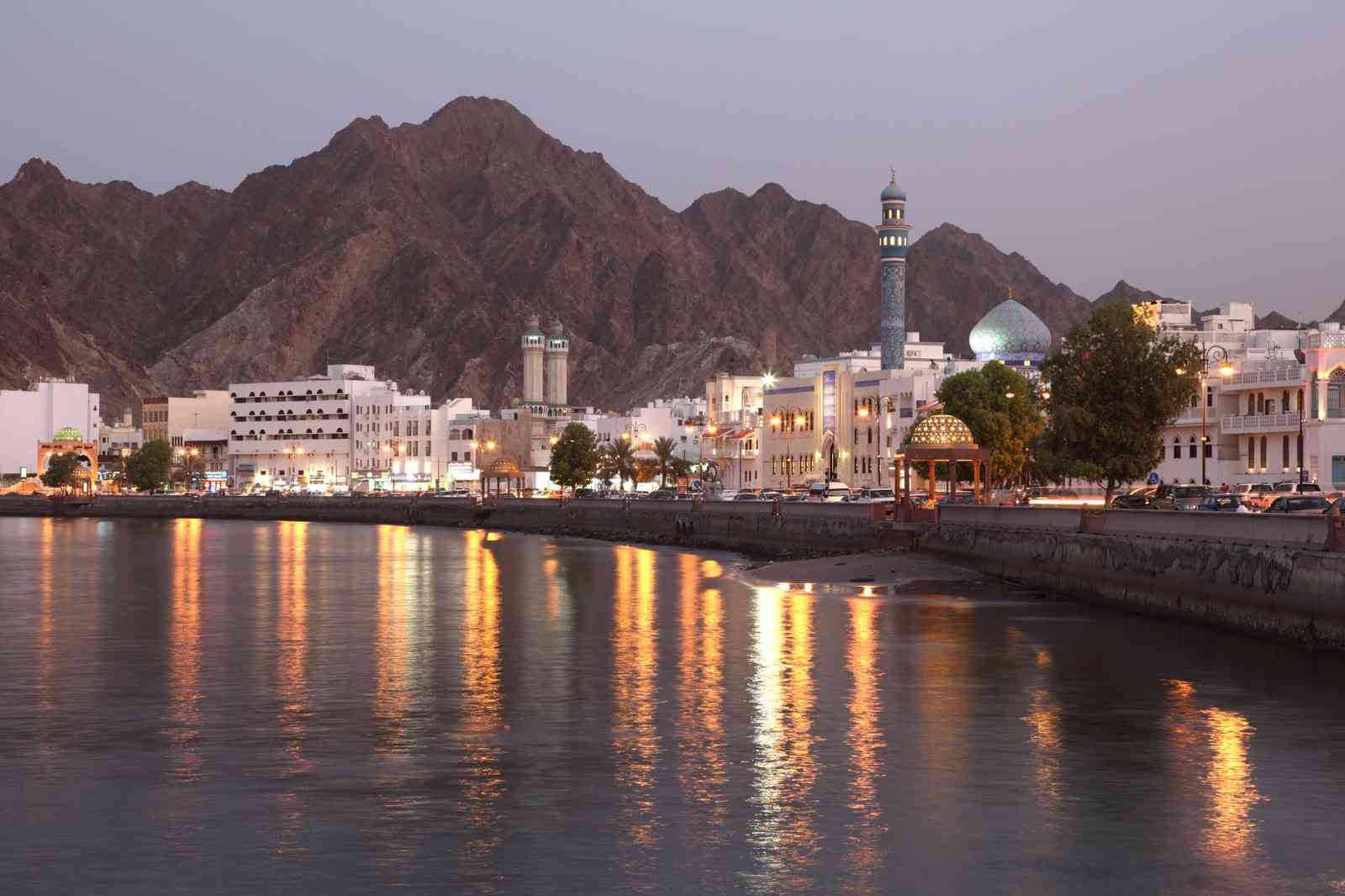 Don’t miss the permanent exhibition of local dress, which explains the purpose of each item of traditional clothing, from the waqaya (women’s head scarf) to the wazar (the wrap that men wear under their full-length dishdasha).

This article is supported by the Sultanate of Oman Ministry of Tourism in conjunction with DialAFlight and Oman Air, but it is impartial and independent, just like all Wanderlust editorial.