1. The moai of Easter Island

Arguably the most famous oversized heads in the world, and the only reason anyone knows where Easter Island is.

When: Between 1250 and 1500 AD
Where: Nearly half of the 887 moai are still in the quarry at Rana Raraku. The rest were set on stone patforms around the perimeter of the island.
Who: The Rapa Nui people, the eastern most Polynesian people in the Pacific.
Why: Most scholars think that the moai were created to honor ancestors, chiefs, or other important people.
How big? The tallest moai erected was almost 10 metres high and weighed 82 tons. It was called Paro. 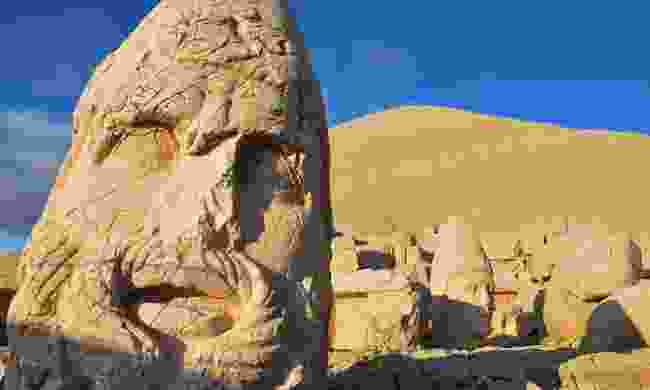 Giant heads of the gods atop Nemrut Dağ (Shutterstock)

Representing various Greek, Armenian and Iranian Gods, these heads sitting on a mountain in Turkey offer an unique opportunity to play a giant game of 'Name That Deity.'

When: 69–34 BC
Where: Atop a 2,134 m high mountain in southeastern Turkey
Who: The late Hellenistic King Antiochos I of Commagene
Why: As a monument to himself. The stone heads were part of a pantheon of great kings, amongst whom he was one, of course.
How big? The heads were once part of statues that stood 8-9 metres high. They now sit scattered around the site. 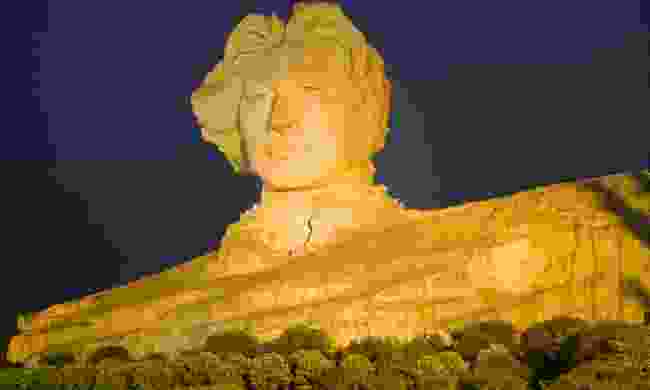 A rare representation of a young, carefree Mao, before he cut off his flowing locks and started wearing caps.

When: 2007
Where: Orange Isle, Changsha, Hunan Province
Who: The Hunan People’s Government
Why? Because a young Mao once wrote a poem about Changsha.
How big? 32 metres. Over 8,000 pieces of granite were used to build it. 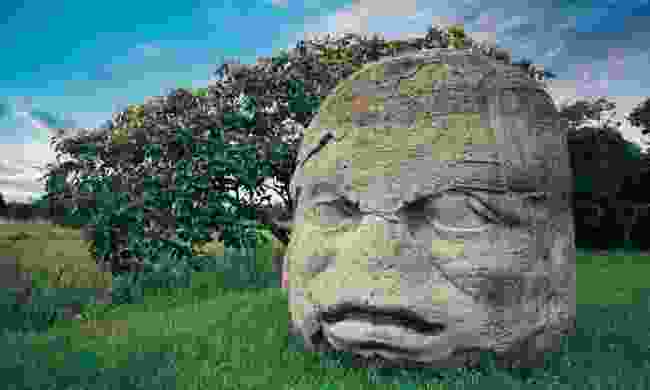 4. The Olmec stone heads of Mexico

The Olmec believed that the head alone contained the emotions, experience, and soul of an individual. So they made big ones, made from stone.

When: Between 1200 to 400 BC
Where: San Lorenzo and La Venta on the Gulf Coast of Mexico
Who: The Olmec Civilization.
Why: To honour their rulers. There are indications that the heads were moved around to be used in different rituals.
How big? 3 metres high, 4.5 metres in circumference and around 8 tons in weight. 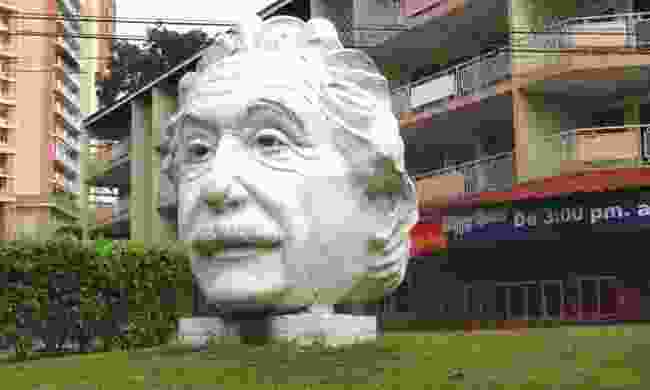 Albert Einstein had no direct link with Panama or this particular neighbourhood in Panama City. But that didn't stop locals building a giant head in his honour.

When: Mid 1960s
Where: In the middle of a traffic island in El Cangrejo, a Panama City neighbourhood.
Who: The local Jewish community who moved into the area in the 1950s.
Why: When asked, locals have been known to reply: “Einstein was a smart guy, so a statue of his head makes a lot more sense than one of his elbow.”
How big? 3 metres high by 3 metres wide. Einstein did have a big brain, after all.