The development of Brasilia was a matter of keen interest in the architectural world, promising a chance to put new principles into practice. Each country recognised the opportunity to make a national statement in the contemporary idiom. For the new British embassy, the RIBA was invited to run a competition, encouraging a number of distinguished architectural practices to enter. Peter and Alison Smithson, who had just built The Economist building in London, were initially favoured, and produced a design for a long, thin building which would contain both embassy and residence.

No architects were ever more tortured by the Ministry of Works than the Smithsons (and vice versa): by 1967 they were on their fifth version of the plan, and there was still no agreement on costs when their scheme was aborted. The Times ran a leader entitled, ‘Wanted: An Embassy’ (June 1968), supporting the Smithsons, who claimed that, ‘Michelangelo was never so messed about by his Pope’. In the intervening years, Britain’s financial position had collapsed, and something much cheaper was required. The job was finally passed to the successor of the Ministry of Works in 1973, where the architects were under the supervision of Alfred Coutts, who had previously worked on the Cumbernauld New Town Project. 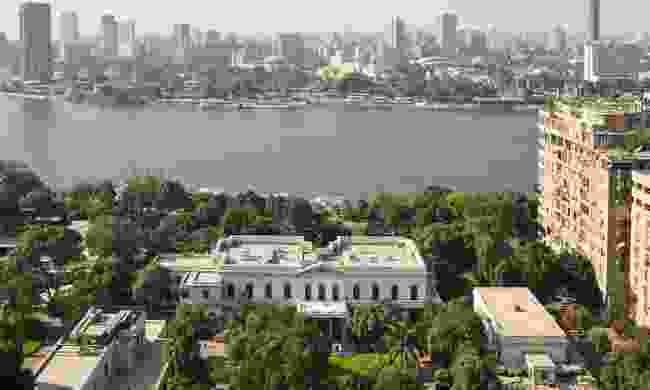 Grounds of the British Embassy, next to the Nile (Luke White)

Few diplomatic missions have wielded so much raw power as the embassy in Cairo. The British Empire is seen here in its strongest colours: pragmatic, ruthless, effective, bullying and occasionally benevolent. For fifty years, Cairo – which Lord Vansittart called ‘the city of compromise between east and west’ – was Britain’s hub at the junction of the world. 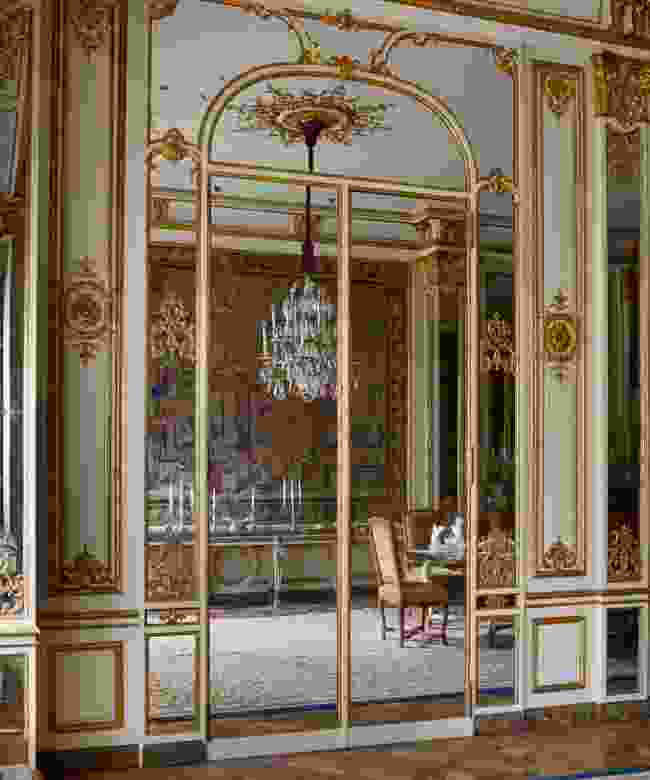 Gilt and glass in the dining room, Brussels (Luke White)

With the Liberation of Belgium in 1944, Britain named Sir Hughe Knatchbull-Hugessen as the new ambassador. His memoir Diplomat in Peace and War describes his appointment: "As soon as I heard of my transfer to Brussels I telegraphed from Ankara for information on two points. Was the old Embassy at 2 Rue de Spa still intact, and if so, was the cellar well stocked? I had hoped for a negative on point one and an affirmative on point two. I received exactly the opposite." The Hotel de Rodes on the Rue de Spa was now no longer suitable; the office quarters were not adequate to modern needs, arranged as they were in the former stables.

Knatchbull-Hugessen achieved the near-impossible in bankrupt post-war Britain: "During the few days I spent in London I went to see the Minister of Works. “I know why you have come,” said Lord Portal, before I had opened my mouth. “You have come to ask for a new Embassy. He was right. Fortified by his acquiescence and that of the Foreign Secretary I lost no time in getting to work. In May 1945 we moved into 17 Rue Ducale, which has since been bought by the Government as a permanent Embassy house." 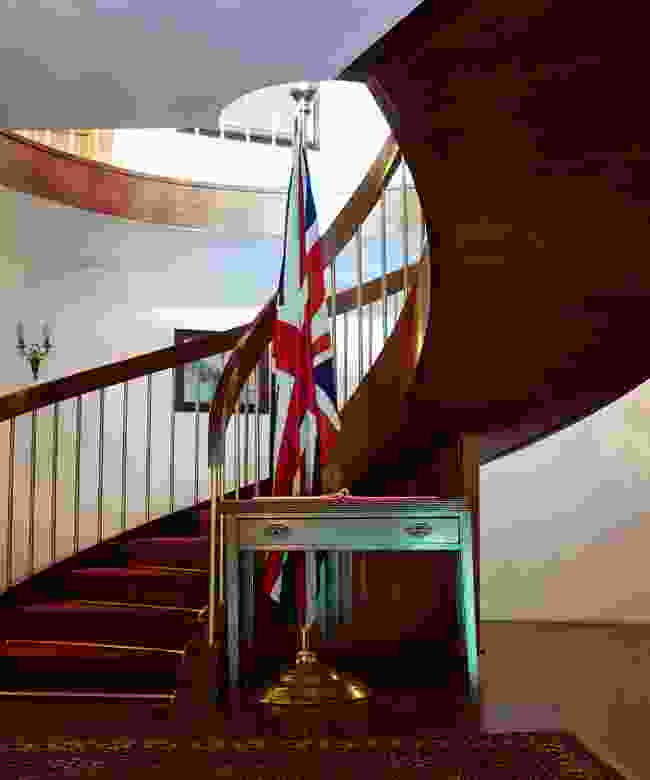 No mission is more historically associated with the first stirrings of a city’s development than the British embassy in Kuwait. It was built when the capital was still a series of mud walls and ramshackle dwellings. The embassy was witness to three significant periods in the country’s history: the British protectorate; the discovery of oil that transformed its wealth; and the 1990 Iraqi invasion, when the building survived a dramatic siege.

In the background is the story of a remarkable couple who devoted their life to the region, and are still revered locally: Harold and Violet Dickson. The benign relationship between the two countries is well reflected in the history of the mission. 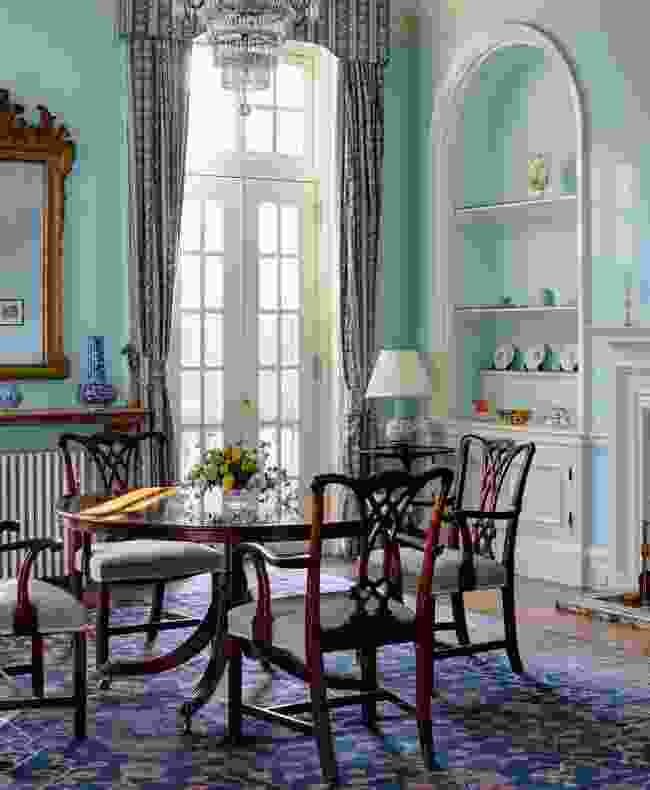 The British embassy compound in Tokyo occupies a landmark site at No. 1 Ichiban-cho, Chiyoda-ku, opposite the Imperial Palace. The prestige of this position is significant in the way Britain is perceived in Japan. The site was leased to Britain as a mark of favour by the Meiji government in 1872 and has been at the heart of the bilateral relationship during the turbulent period of Japanese history when the country moved from an Eastern to a Western orientation. The embassy has been a witness to that process and played its role in the story.

It has suffered attack and earthquake destruction along the way. The narrative has several acts: trade, naval treaties, war, reconciliation and trade once more. These two ancient and influential island monarchies have exchanged outstanding ambassadors; and on the British side many have been notable scholar diplomats, with a deep and abiding love of Japan, its literature and customs. 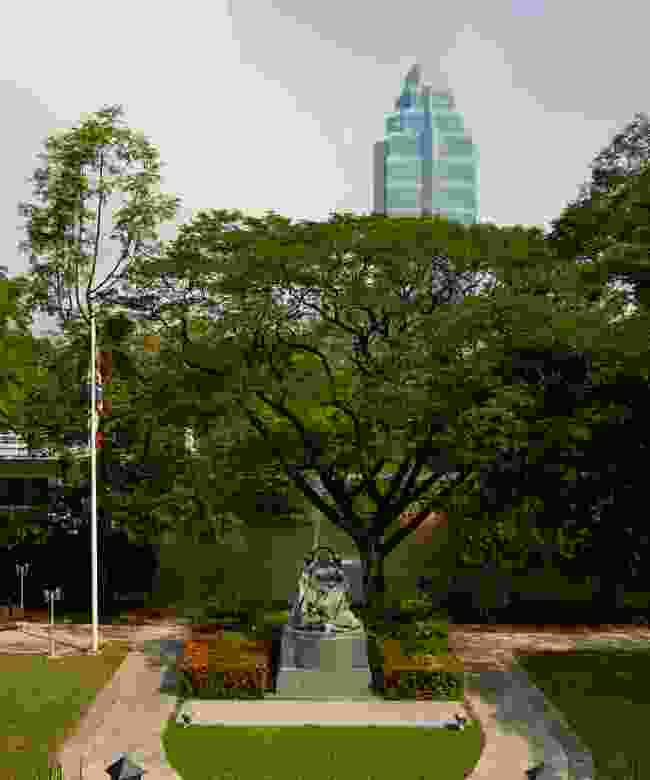 Thailand, which was called Siam until 1939, is the only country in South East Asia that has never been colonised by a European power. It achieved this distinction mostly through drawing up judicious treaties and playing the French off against the British, neither of whom found reasons to invade that were more compelling than their reasons to remain at peace, both with Thailand and with each other. The Anglo-Thai story, therefore, is built on trade, border agreements, and after the Second World War the halting of Communist influence. It has been cemented by the respect both countries have shown towards two ancient monarchies. Arriving in darkness with the façade lit up, the Tunis Residence is like a dream out of One Thousand and One Nights – a white palace with a gallery of blue and white tiles visible through the Moorish arches of the first-floor loggia. It is the most delectable and fragrant of all British overseas missions. To all appearances it is the house of a great Arab noble, but this is deceptive.

The bulk of the Residence was the inspiration of a Devonian Consul General, Sir Richard Wood, who in the 1850s created this palace in an eclectic style that reflects Tunisian architecture at the time. Wood’s political purpose was to challenge the French trading primacy in Tunisia, but in this he was to be frustrated by Lord Salisbury. The Residence slumbered through the long French Protectorate but had its high moment – like so many others – during the Second World War, when General Alexander made it his HQ, Harold Macmillan lived there, and Churchill visited. 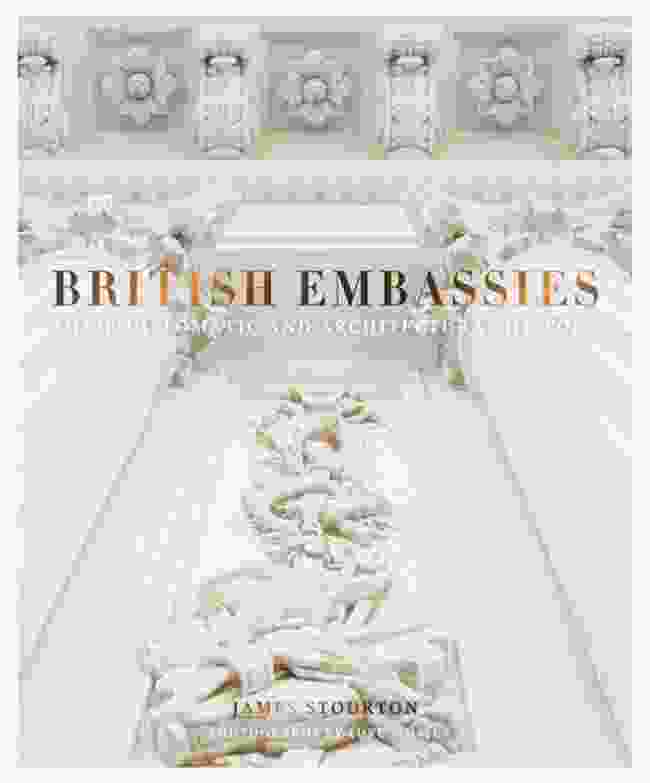 British Embassies by James Stourton, with photography by Luke White, is published by Frances Lincoln and can be ordered on Amazon now.