24 hours in Reykjavik, an alternative take on Iceland's capital

Already visited Gullfoss Falls, the hilltop church and Blue Lagoon? Phoebe Smith befriends a local to find an alternative way to enjoy a short stopover in the capital… 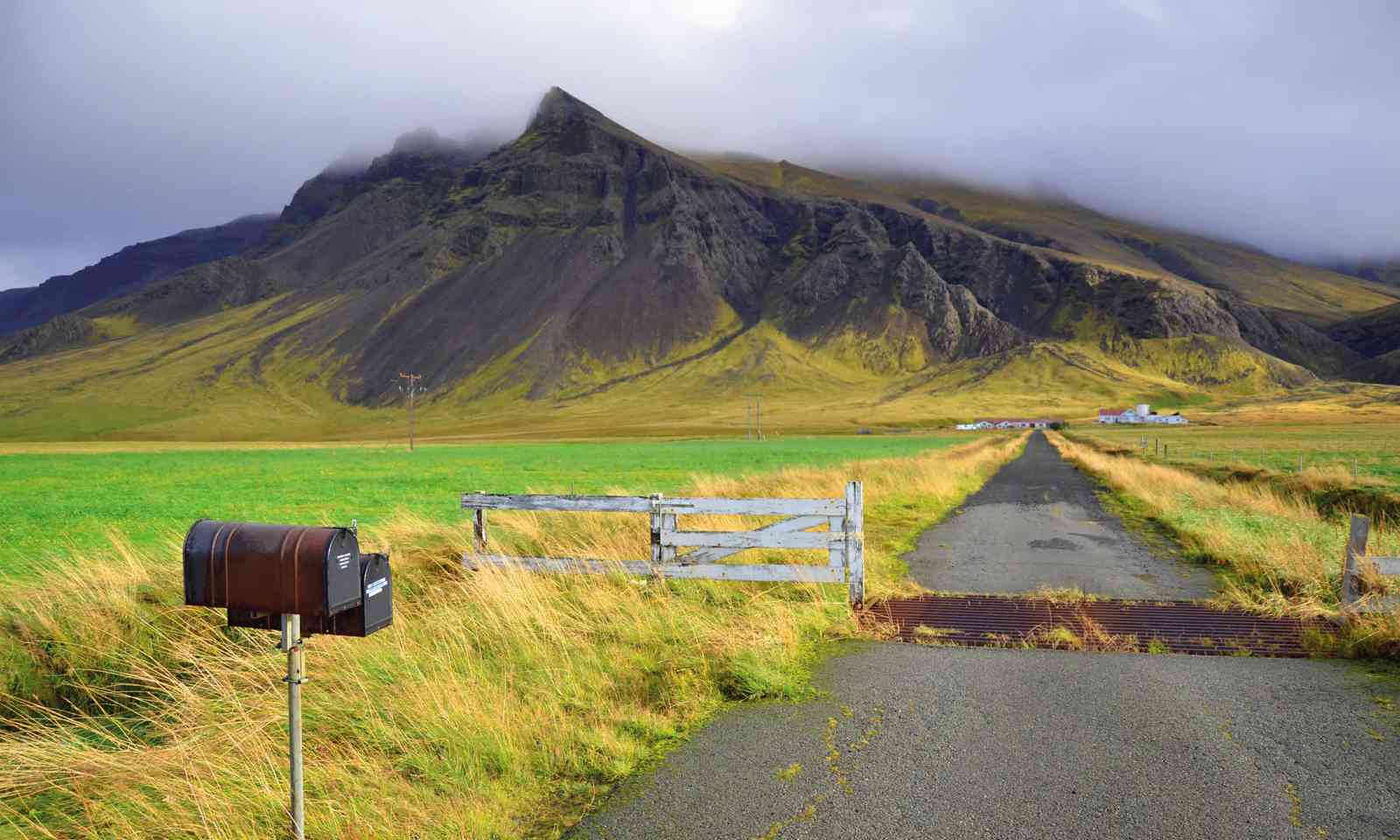 If you’ve visited Iceland before, chances are you’ve already ticked off all the usual sites in Reykjavik, such as the Hallgrimskirkja church, the Sun Voyager boat statue, the Viking Museum... Perhaps you've also whisked yourself off on a classic excursion of the Golden Circle, taking in the iconic Gullfoss waterfall and geysers in Haukadalur, and relaxed in the popular Blue Lagoon geothermal spa.

Once you’ve done that, the idea of another extended stopover en route to North America – for which the airport at Keflavik is increasingly used – may not hold much appeal. But tap into the knowledge and expertise of a willing local, like I did (thanks Heida), as part of a ‘Stopover Buddy’ service, and you’ll discover an alternative way to break your journey.

From the airport (or Reykjavik itself), instead of going southeast, as is common, pick up a car and head north, to the easily accessible West Iceland for a day trip with a difference.

In no more than an hour’s drive from the city, you’ll reach Hraunfossar waterfall, take in the old church of Reykholt, see gurgling hot springs, enjoy a free geothermal pool to yourself, and head underground to explore an old lava tube, making for the perfect 24-hour adventure. 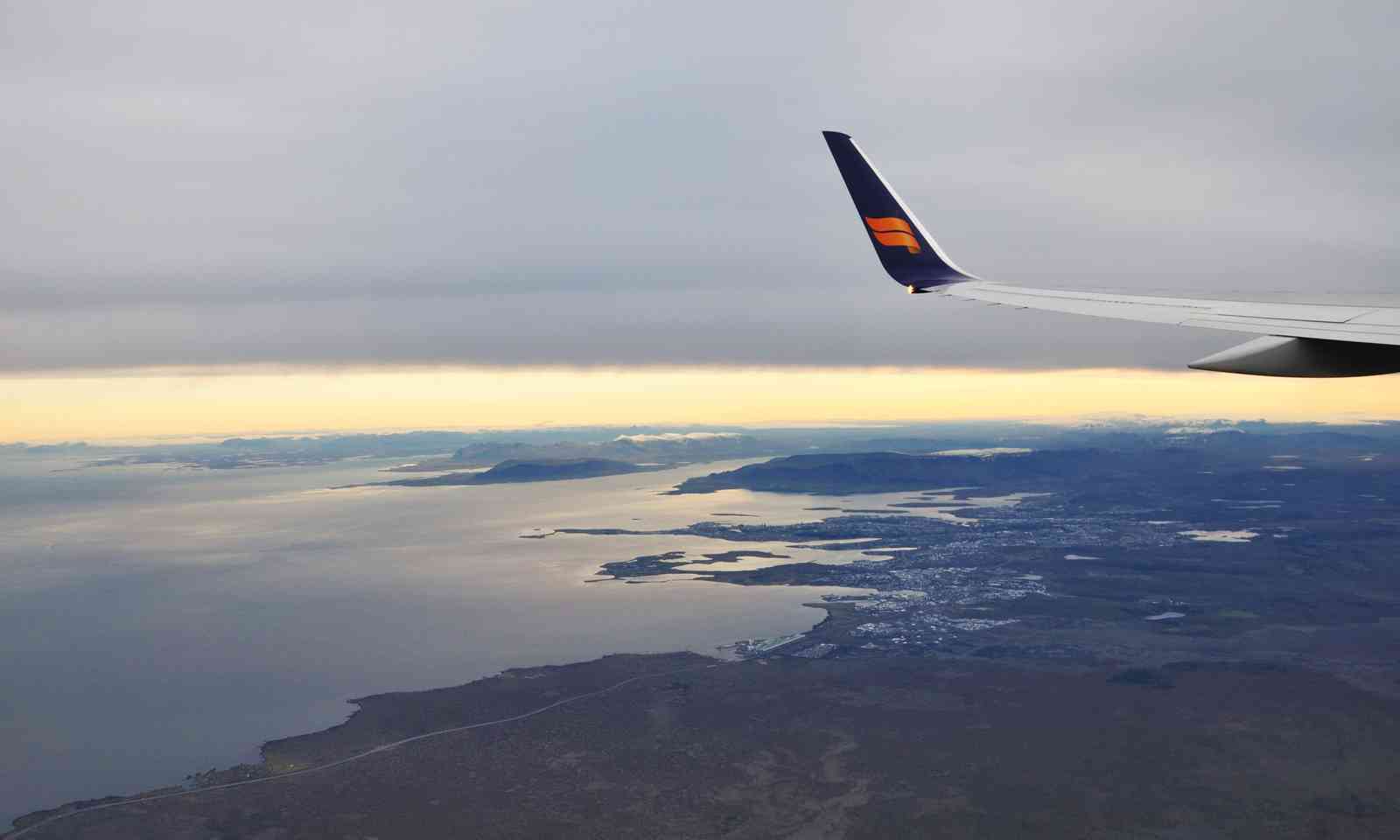 Icelandair flies direct to Reykjavik from Heathrow, Gatwick, Manchester, Birmingham, Glasgow and Aberdeen. Flight time is about three hours and costs from £151 return.

If flying on to one of 16 destinations in North America, you can stopover in Iceland for up to seven days at no extra cost, and if stopping on your outbound flight, you won’t pay ADP tax, saving about £50pp.


Getting to the city 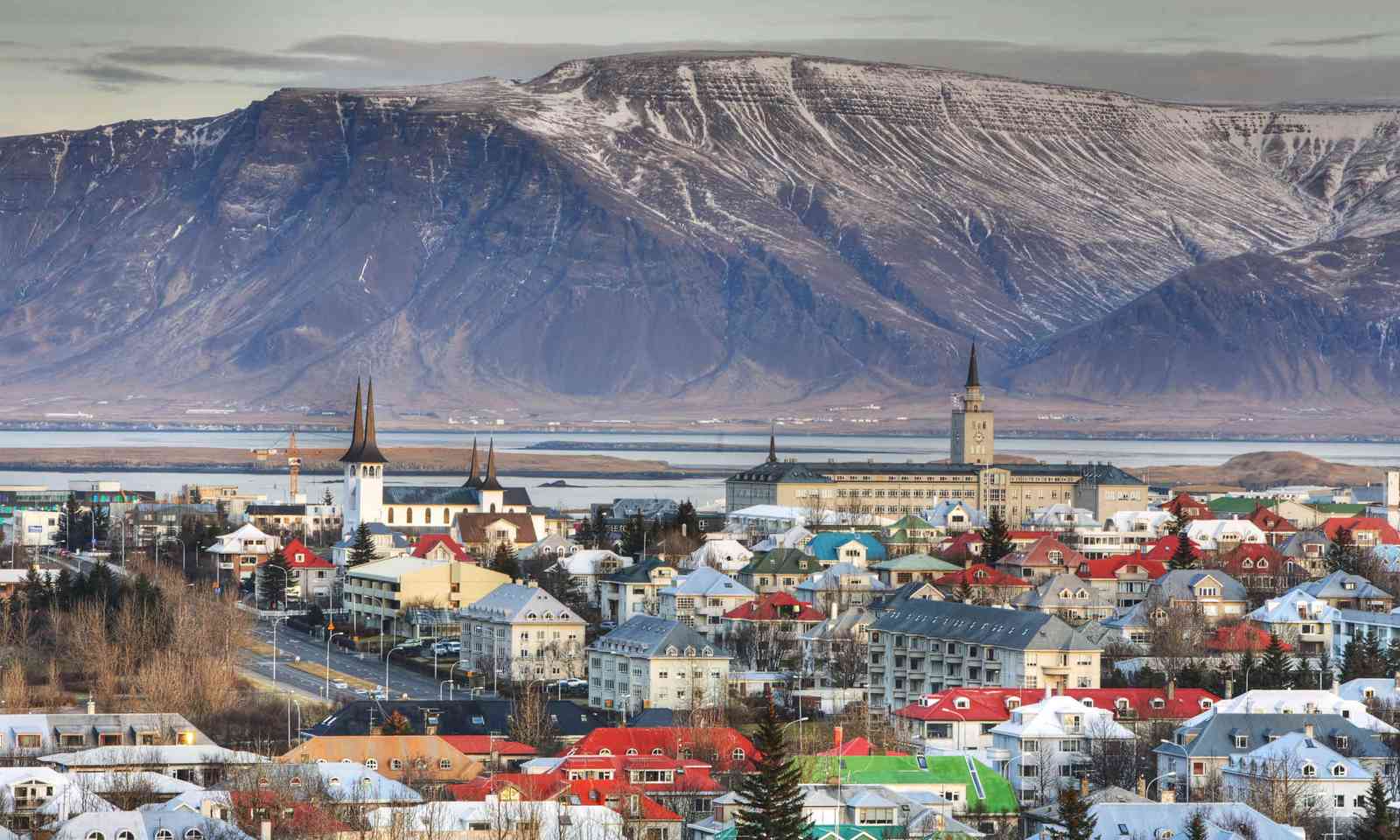 The cheapest way is to take the airport bus, Flybus, which always has seats available and is timed to connect with all arriving flights. It also has free WiFi onboard and takes 45 minutes. 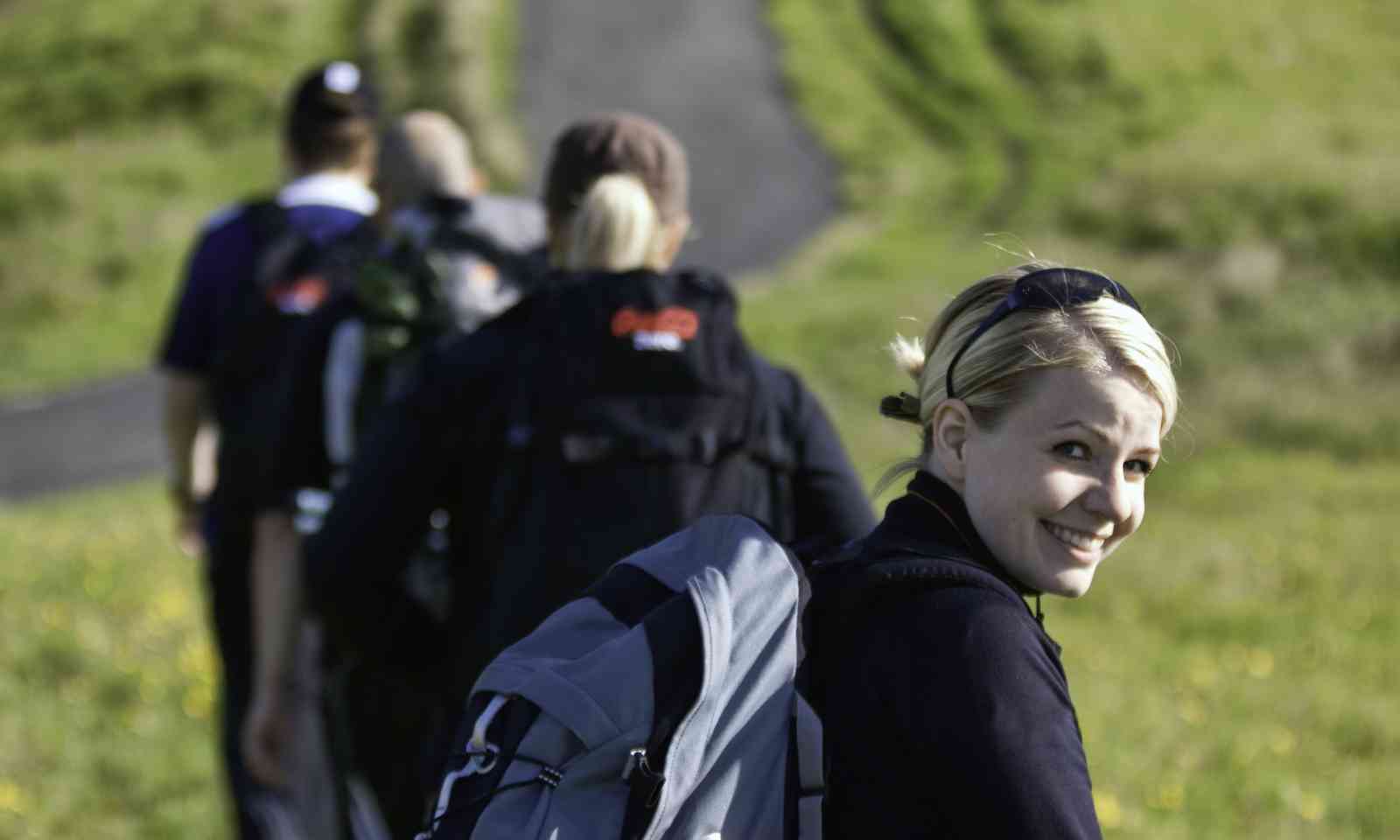 Until March 2017, Icelandair are offering passengers flying transatlantic the chance to buddy up with one of their local airline team members.

The ‘Celebration Stopover Buddy’ service can be requested when booking your flight and can help you to celebrate your stopover or special occasion by basing it on your own personal hobbies (nature, walking, etc) or offering you a choice of one of many Icelandic festivals to take in.

You will need to pay for your own entry to any attractions and your own food and drink, but your buddy’s costs are all covered. 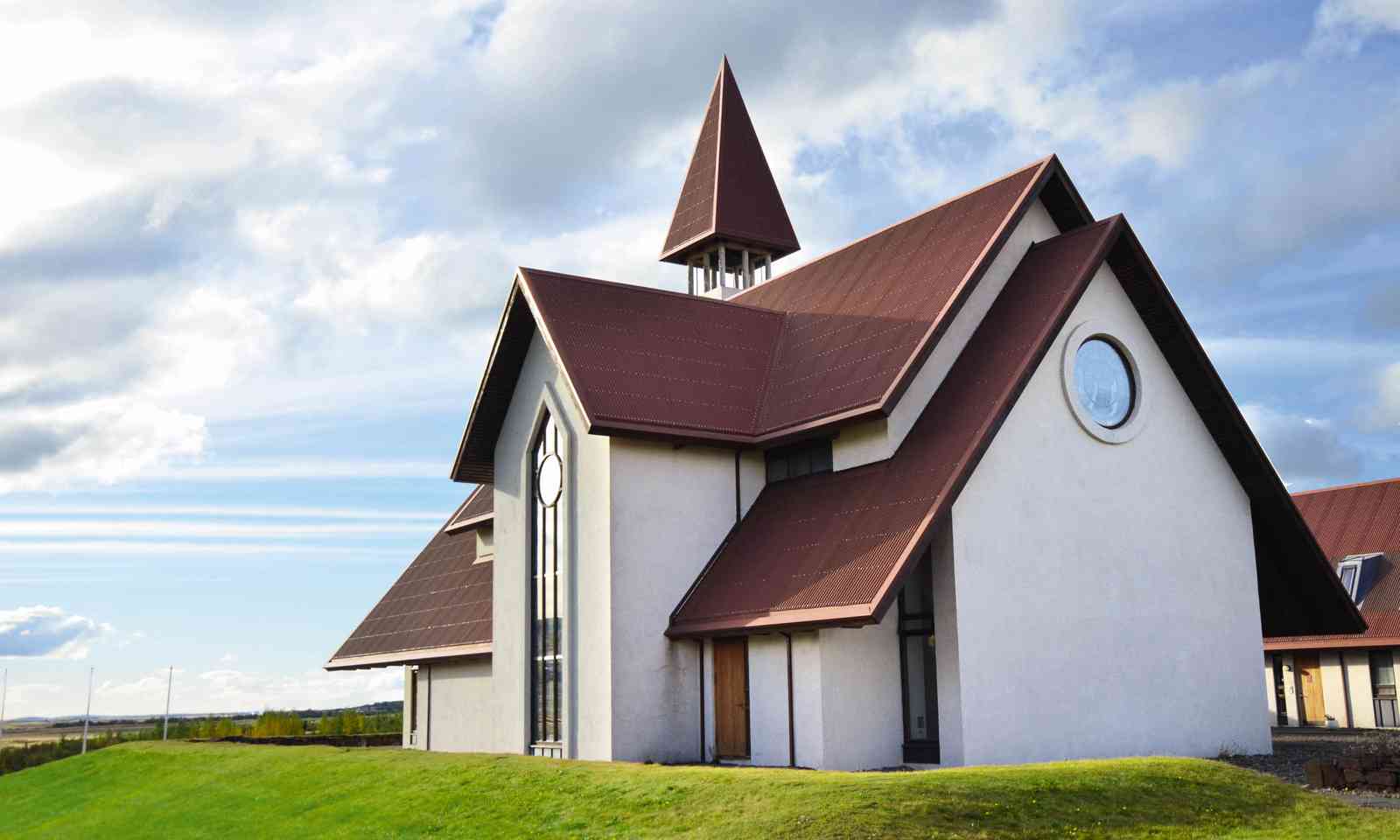 Start with a morning pastry at Braud & Co on Frakkastigur, then head north toward Borgarfjordur. Stop at Deildartunguhver Hot Spring, the most powerful in Iceland. Watch the water bubble, sputter and steam as it’s channelled off in pipes to nearby towns.

Next up is the village of Reykholt, once home to the poet and saga-writer Snorri Sturluson. Here, you can see old and new buildings side by side and pay a visit to its 19th century church.

Head to Hraunfossar and Barnafoss waterfalls. The former translates as ‘Lava Falls’ and is made up of a series of creeks and waterways that spill out over the lava bed for around 900m. The latter means ‘Children’s Fall’, so-called because of a folktale about two kids who fell in while crossing one of the stone arches that span it, so their mother destroyed the bridge.

Afterwards, head for a bistro lunch at nearby Hotel Husafell to fuel up in preparation for a subterranean adventure in the Vidgelmir lava tunnel. Only recently launched, The Cave is an experience that sees you descend into the longest and largest cave in Iceland.

On the way back to Reykjavik, detour to Krosslaug natural pool. Seating two people comfortably, its relaxing waters are around 42ºC and free to use. End your stopover with a meal back in the capital at Fishmarket and its rather modern take on fish and chips. 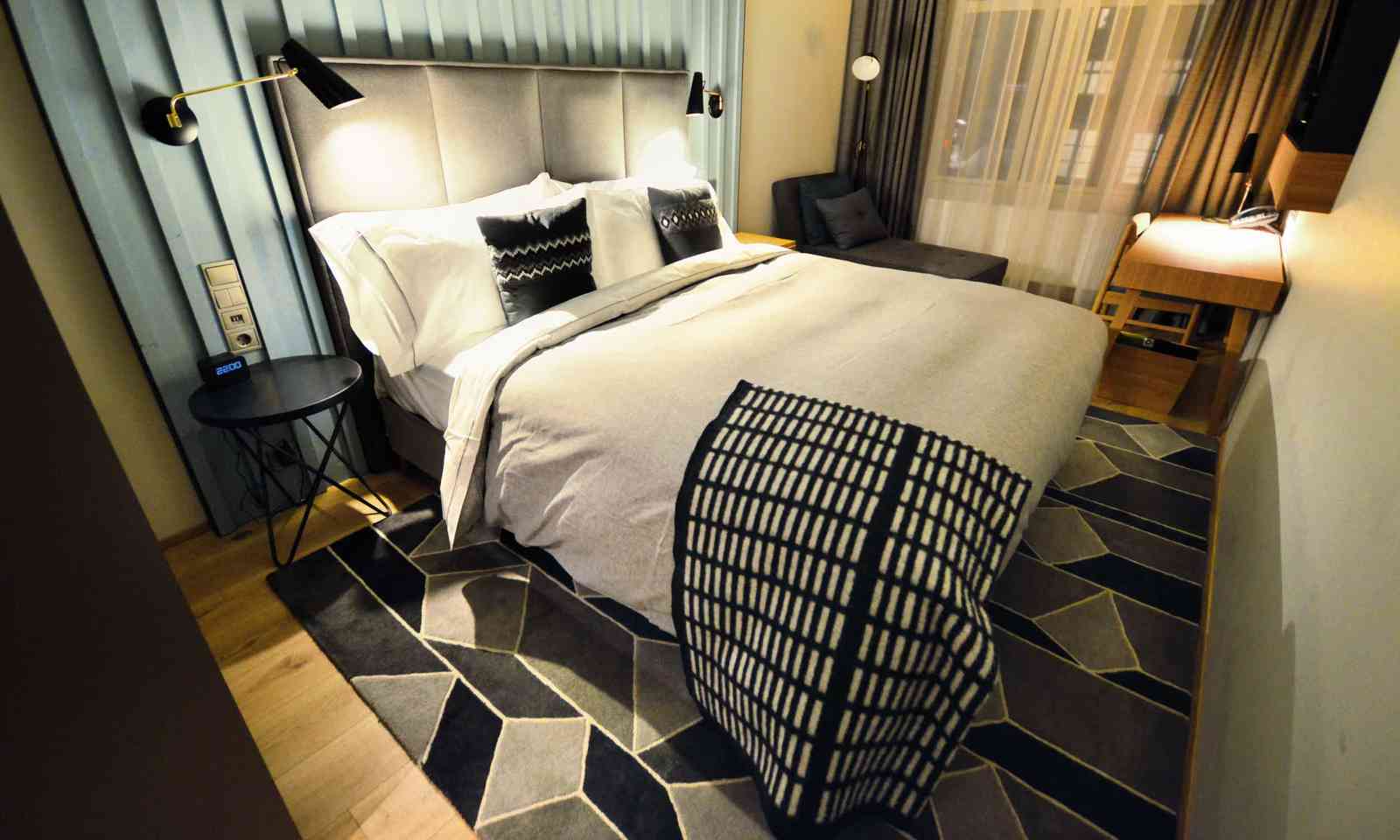 Top end: The brand new Canopy hotel in Reykjavik’s centre, just behind the Laugavegur shopping street, offers modern rooms inside six traditional connected houses. Each room (pictured) is decorated with local artwork, while free bike rental is included, so you can head out exploring on two wheels. Doubles cost from ISK36,000 (£260), including a locally sourced artisanal breakfast.

Mid-range: Reykjavik Residence Hotel is an apartment hotel lying in the heart of the old town in a building that dates from 1918. Each apartment has a private kitchenette for self-catering. Prices from €149 (£133) for a two-person studio. 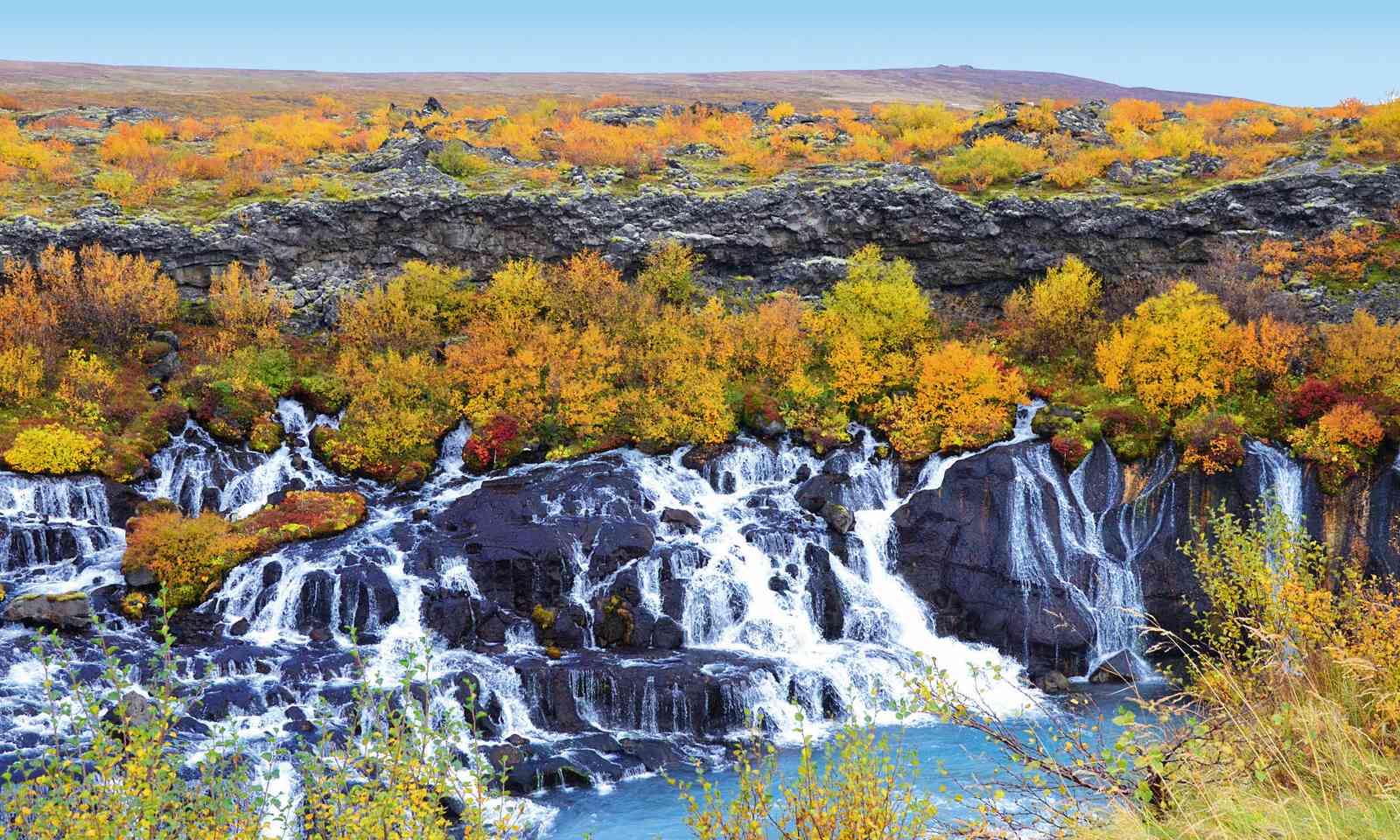 Stay. There are plenty more uncrowded places to discover around Reykjavik if you choose to linger longer than a day.

Enroute to Hraunfossar at Borgarnes, be sure to detour to Hvalfjordur for a 3-hour hike to Iceland’s highest waterfall, Glymur (198m).

From there, head even further north for a true sense of isolation, towards the Westfjords. Here you will find not black but red sand beaches at Raudisandur. Go further north and you’ll reach the end of the road at Krossnes, from where it takes a week to walk to Hornstrandir.

At the end of this wild trek, a nature reserve complete with Arctic foxes awaits. Of course, you could simply take the boat from Isafjordur, but either way you’ll need to be completely self-sufficient.

Elsewhere, for walking fans who have already done the famous Laugavegur trail, there’s an alternative: the three-day trek from Sveinstindur to Eldgja, which has incredible volcanic landscapes minus the other hikers...

Visas: Not required for UK citizens for stays of up to three months.

Currency: Icelandic Krona (ISK), currently ISK137 to the UK£1. ATMs are widely available in the capital and beyond.

Best viewpoint: The classics are found strolling along the harbour or checking out the view from the top of hilltop Hallgrimskirkja. But for something a little different, head into Harpa Concert Hall and go to the highest floor for views of Reykjavik harbour through its diamond-shaped glass walls.

Health issues: None, Iceland is very safe and water can be drunk safely from the tap. When bathing in natural hot springs, test the water’s temperature before plunging in, and heed the warnings of any signs/locals. Health insurance is wise.

Web resources: The official site for the area of Borgarfjordur in West Iceland, as featured here.

Climate: The weather is changeable, so expect rain and cloud at any time – particularly in the mountains. But in general, the summers (Jun–Aug) are mild, while the winters are cold. For ‘Midnight Sun’, go Jun–Jul; for the aurora borealis, Oct–Feb is best.