Fancy a more exotic celebration to welcome the New Year? We reveal eight ways to bring in 2015 in an alternative fashion

On New Year’s Eve in Brazil, more than 2 million Cariocas dressed in white gather on the beach at Copacabana to make offerings to Lemanjá, goddess of the sea. Some send their gifts in little model boats, while others set white flowers and candles afloat on the waves. 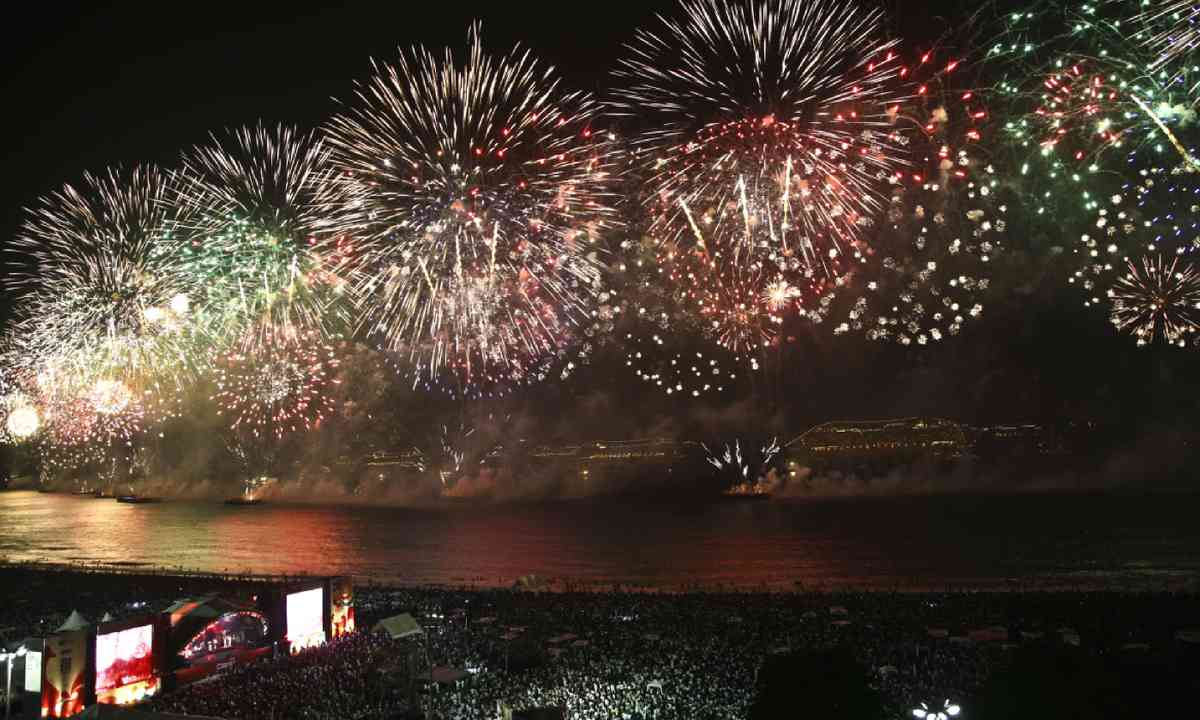 On the stroke of midnight, thousands of flowers are tossed into the sea beneath a shower of fireworks. the veneration of the West African deity Lemanjá, or Iemanjá, came to Brazil with African slaves during the 16th century. Over the years, her worship evolved as part of the Afro-Brazilian religion Umbanda, which is related to Candomblé, but developed its own spiritist dimension in the last century.

Where: Various Akha villages in Northern Thailand
When: Around December; varies by village

The Akha are one of the numerous hill tribes that live in and around the so-called Golden Triangle, where Thailand, Burma, China and Vietnam meet in a confusion of mountains and valleys. Each has its own traditions, language and costume. 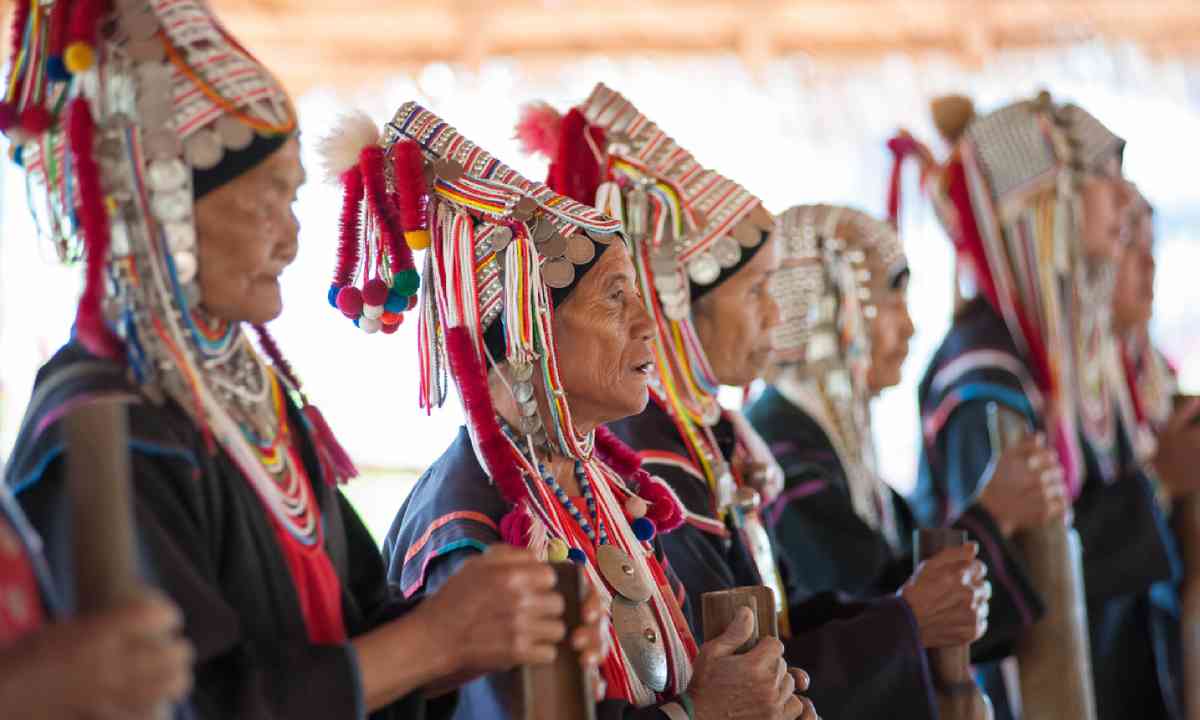 The Akha mark New Year with a series of parties and festivals throughout December, spread among the villages and often staggered so each can visit the others’ celebrations. Ancestor worship and animism – belief in the spiritual worth of living things – feature in the proceedings and there are plenty of games, including spinning tops, as well as feasting, singing and dancing.

3. Festival of the Sahara, Douz, Tunisia

Where: Douz, Tunisia
When: Four days at the end of December 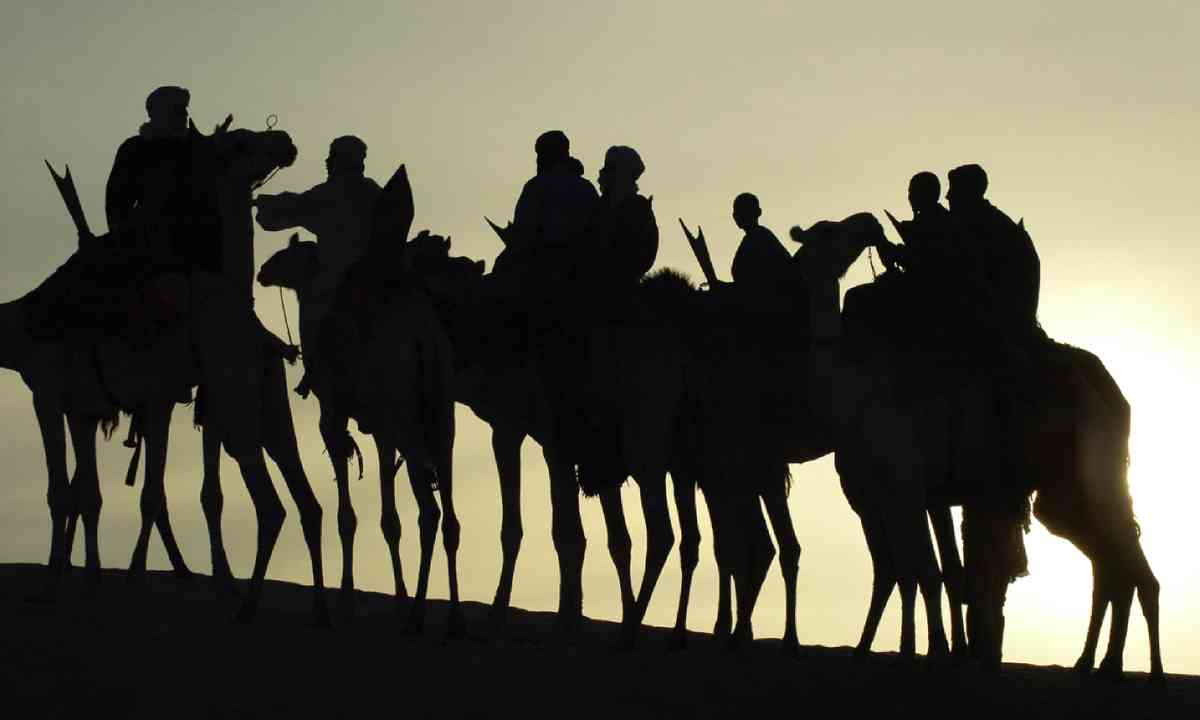 Tuareg on their camels (Shutterstock)

The brilliance of the riders’ displays is matched only by the splendour of their robes. The cultural events showcase tribal song and dance and even Bedouin marriages. Poetry, too, plays a role, recounting the history of the Bedouins. A highlight is the poetry contest run by the desert poet Abdellatif Belgacem.

Where: Stonehaven, Scotland
When: 31 December

It might be a Celtic pagan tradition and is very likely to have something to do with the weather, but whatever the reasons, festivals in Scotland often seem to include fire in some form. Edinburgh has its famous Hogmanay celebration but in the Aberdeenshire town of Stonehaven, the New Year celebrations get hot, hot, hot as up to 45 locals process down the high street swinging massive flaming fireballs around their heads. 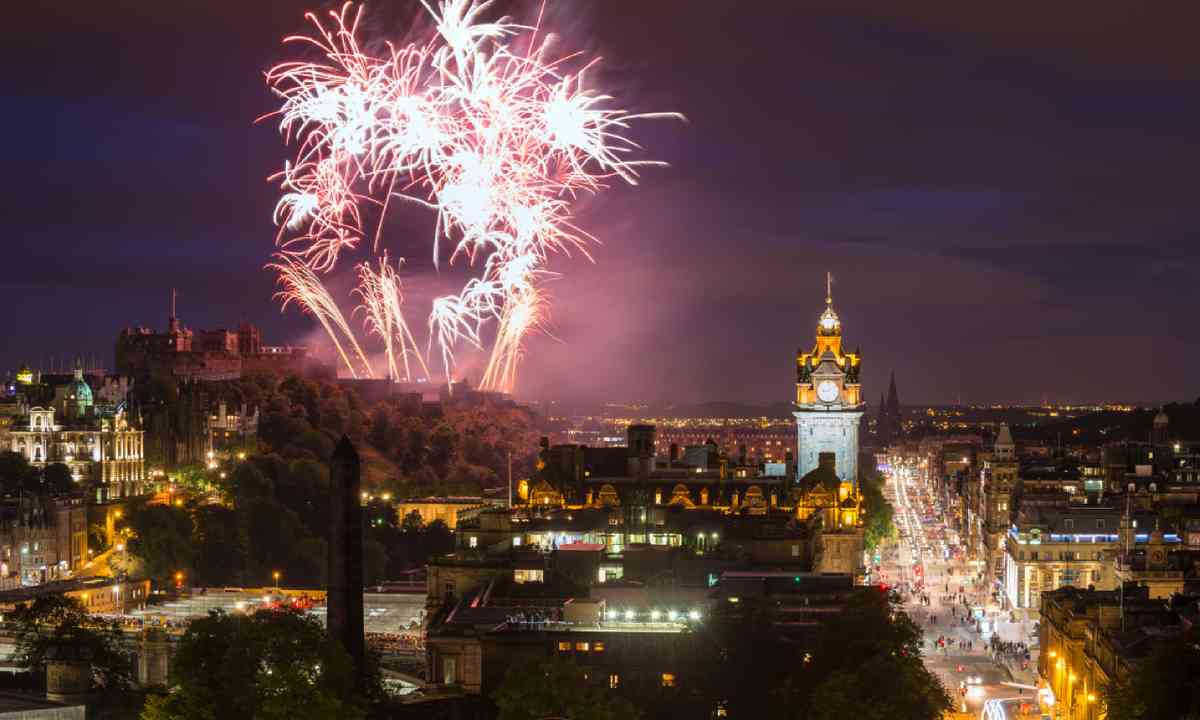 Edinburgh Cityscape with fireworks over The Castle (Shutterstock)

Participants have their own ‘recipes’ to create the fireballs, but all have the same basic form: rags, card and wood, soaked in paraffin and contained in a skin of chicken wire. A fence-wire handle is attached, and the length depends on the height and preference of the ‘swinger’.

Where: Nassau, Bahamas
When: 26 December and 1 January; Junkanoo summer in June and July

A striking street parade, or ‘rush-out’, with roots in the slave plantations, Junkanoo is traditionally celebrated in towns across the Bahamas every Boxing Day and New Year’s Day. 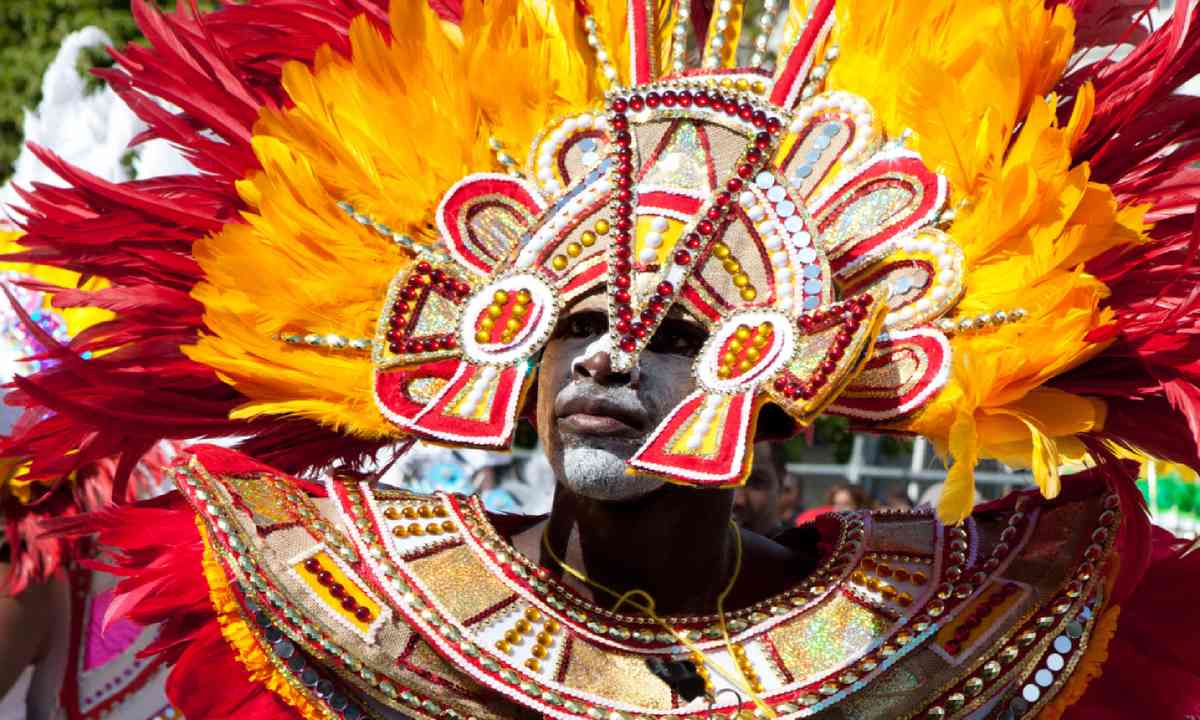 The festival probably originated in the 16th and 17th centuries when plantation slaves celebrated their allotted two days’ annual leave with a party that reminded them of their African roots. The celebration grew into a festival with African masks, bright costumes, drums and brass horns.

Junkanoo has since developed into a full-blown carnival procession with elaborate costumes, themed music and competition prizes, but still reflects its African roots in the prevailing bold colours and pulsating rhythms of goat-skin drums, shrill whistles, horns and cowbells.

Where: Kathmandu valley, Nepal
When: 15 days in the Nepali month of Poush (December to January)

For more than two lively weeks in December to January, ethnic peoples of Tibetan origin – such as sherpas, tamangs and Gurungs – welcome in the Tibetan New Year. 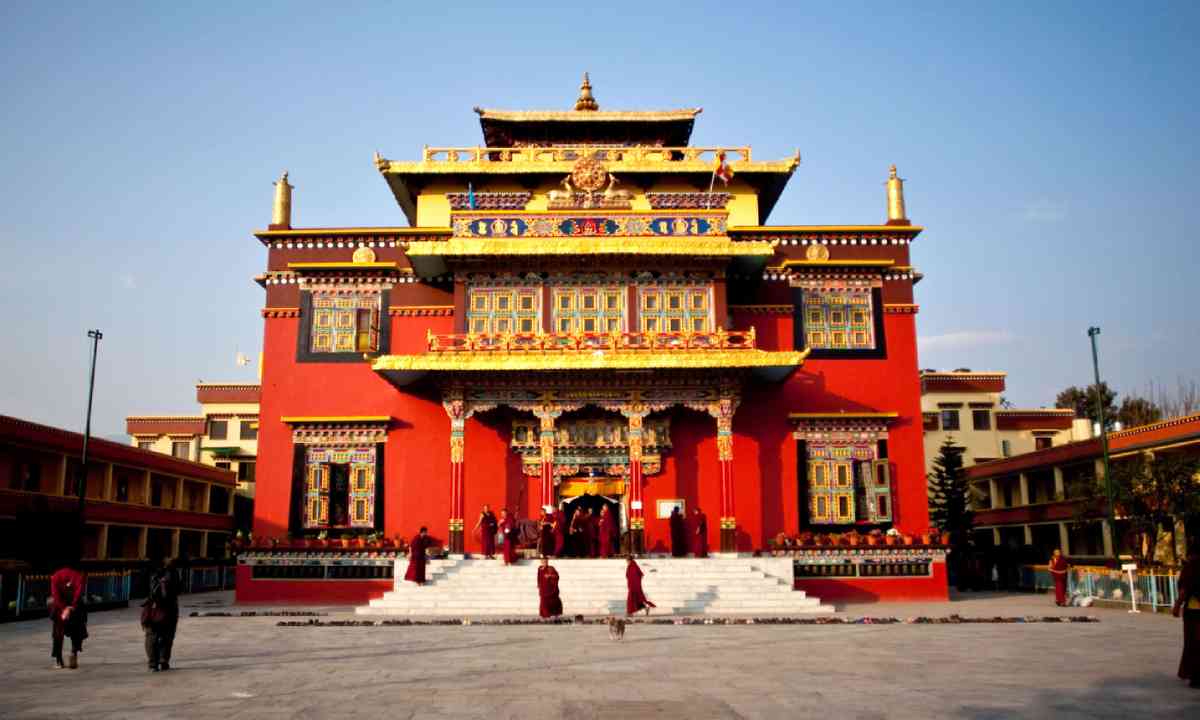 They dress in traditional costumes and attend monasteries where Buddhist monks offer prayers for an auspicious year to come. Families host feasts where gifts are exchanged and though practices vary according to locality and grouping, they all emphasise a sense of togetherness and identity.

Most people celebrate the New Year with some form of firework display – whether it be the elaborate show in Sydney harbour, or a more modest affair in the local town. But there are subtle differences everywhere, and sometimes it's those little nuances that make it special. 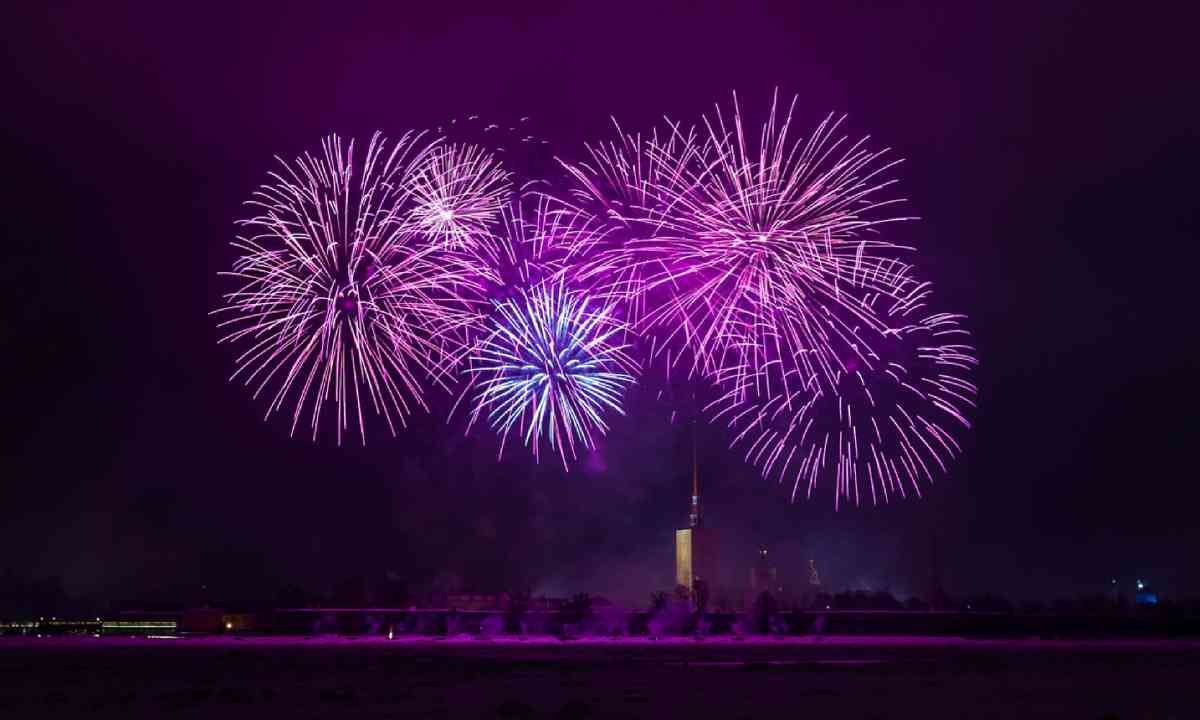 Fireworks over the city of St. Petersburg (Shutterstock)

In St Petersburg, people gather to see the display above the partially-frozen Neva River before releasing paper lanterns into the sky.

Where: Mount Takao, Japan
When: 31 December 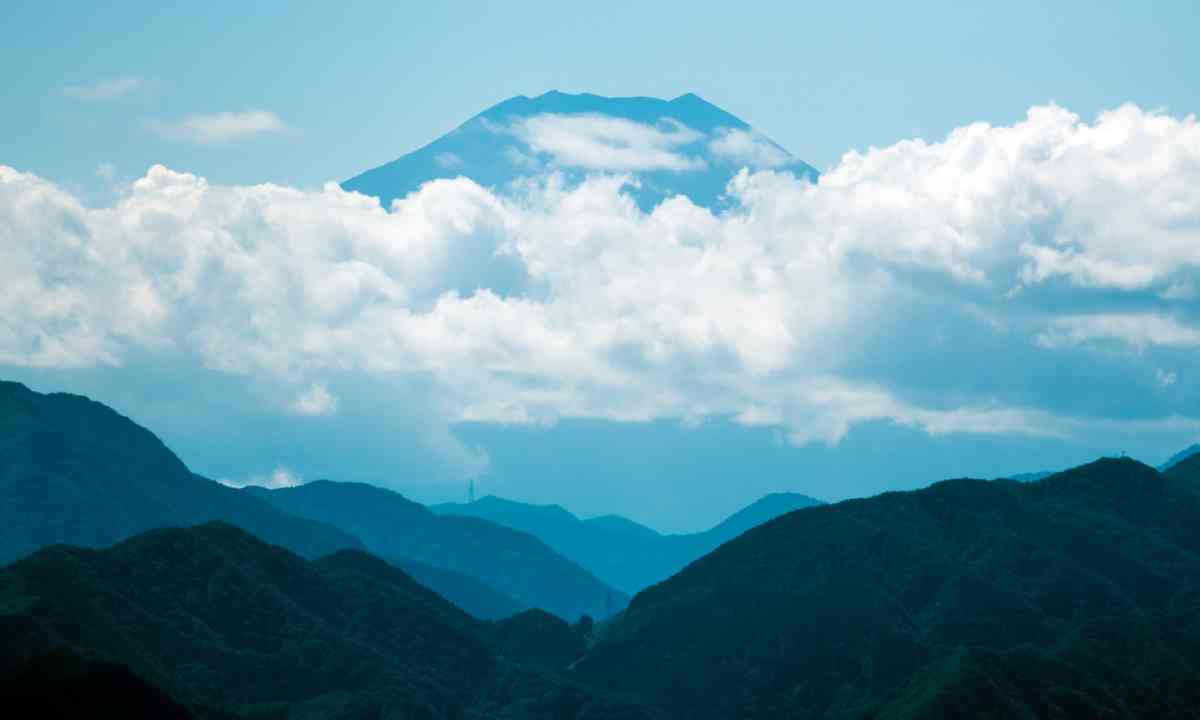 The summit of Mount Fuji (Shutterstock)

In Japan, a lot of people take to the mountains on New Year's Eve in order to experience the first sunrise. Mount Takao is only about 50km away from Tokyo, so it's probably the most convenient option if you want to join in. Trains go from the city, and you can take a cable car up to the foothills where you'll be met by the hoards of people with whom you'll be sharing the view. Welcome the dawn to the sound of conch shells from the nearby Yakyo-in temple.

Some of these celebrations have been taken from Steve Davey's book Around the World in 500 Festivals (published by Kuperard, as part of the Culture Smart! series).