The writer, TV presenter and adventurer’s new book sees her starting over in Morocco. Here, she talks breaking barriers, Bogart fantasies and life on the outside…

Your new book, My 1,001 Nights, begins with you starting over in Morocco. How did that happen? 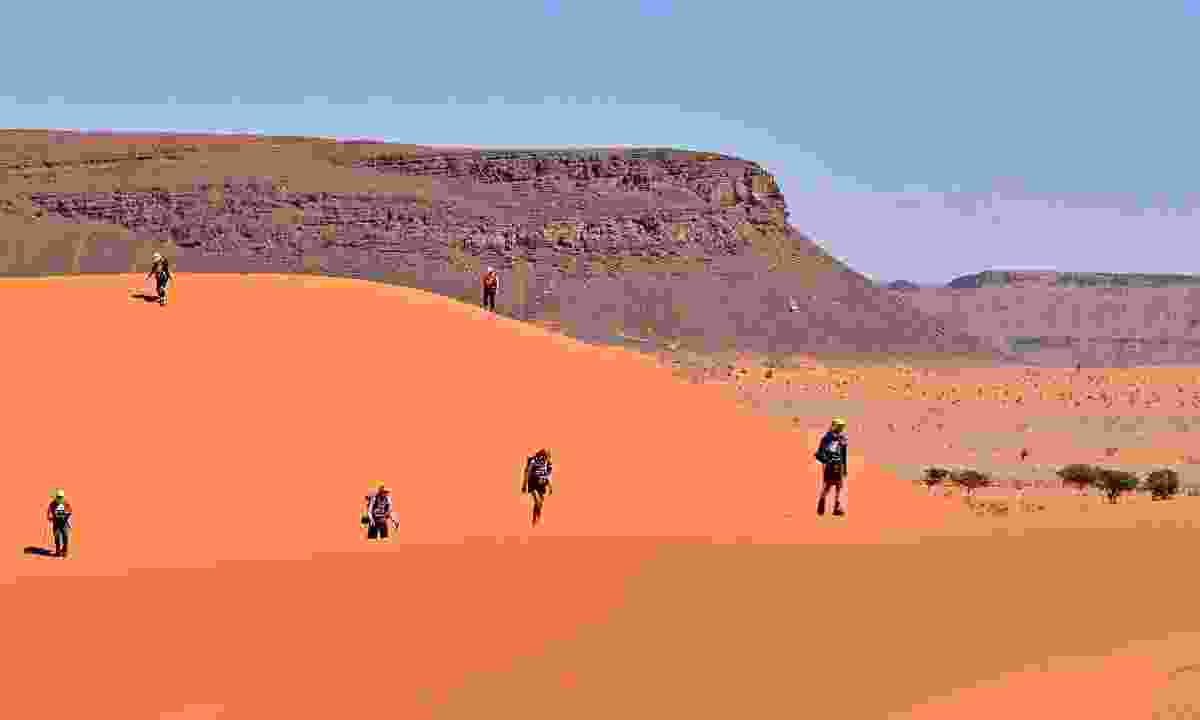 I went from being a CEO, running a UK quango, to cycling Africa on the Tour d’Afrique – 12,000km across four months. I left the rat race for a bike race. Then, when I signed up for a new adventure, running the Marathon des Sables (a 251km desert race), I moved to Marrakech to train. I thought I’d be here five months; it’s now been five years.

What was it that made you stay? 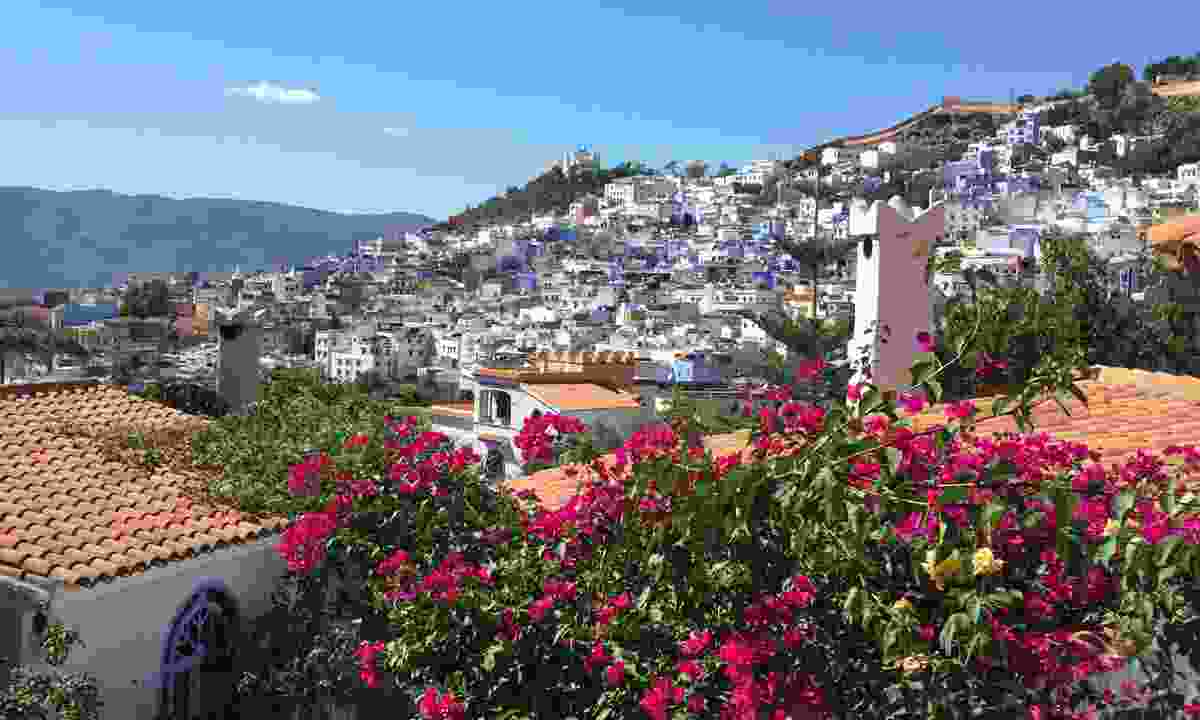 The north of Morocco reminds Alice of Switzerland (Alice Morrison)

Morocco is only 14km from Europe across the Strait of Gibraltar, but it’s a world away. One minute you’re in the Sahara climbing the dunes, the next you’re in Fez exploring ancient medinas.

Parts in the north even look like Switzerland, with chalets, pointed roofs and snow. Then there are the magnificent, frantic cities, such as Marrakech, and the Atlas Mountains, where clay-built Berber villages cling to ledges. 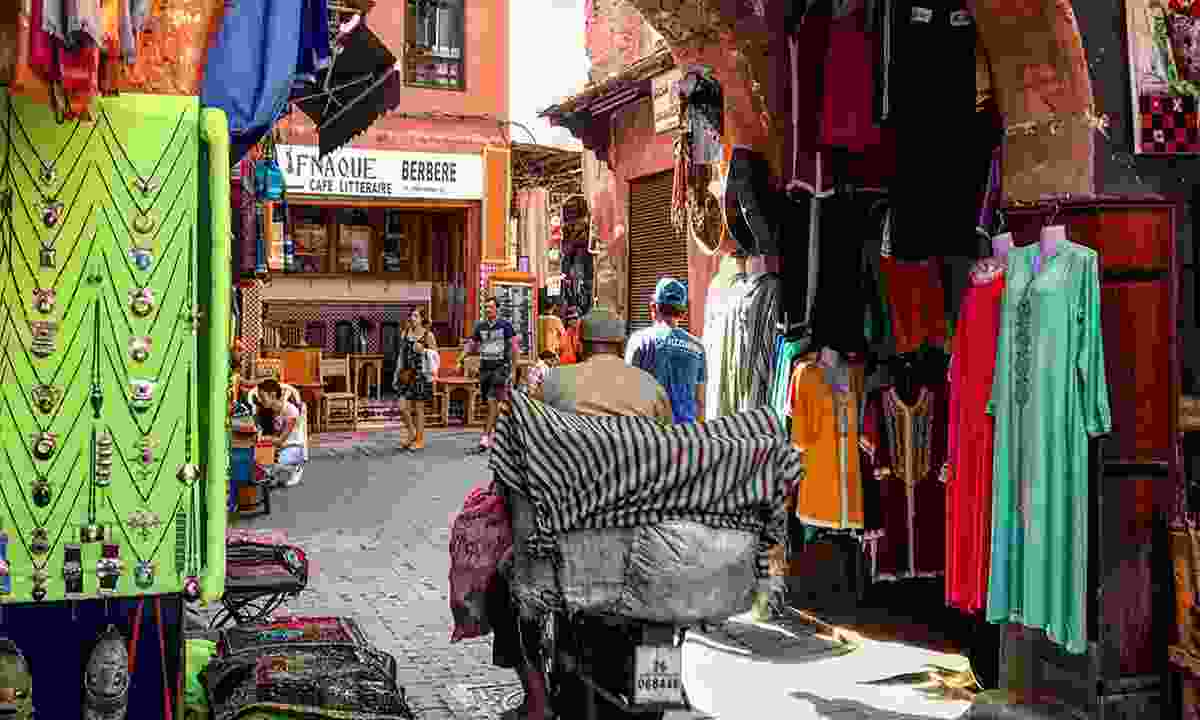 I think it was from the moment I started to live here. Every day I would have an experience, be asked to have tea with everybody, see something beautiful or learn a new word in Arabic or Berber. It’s so full of life, colour and vibrancy. Eventually, it crept up on the eye and won’t let me go. 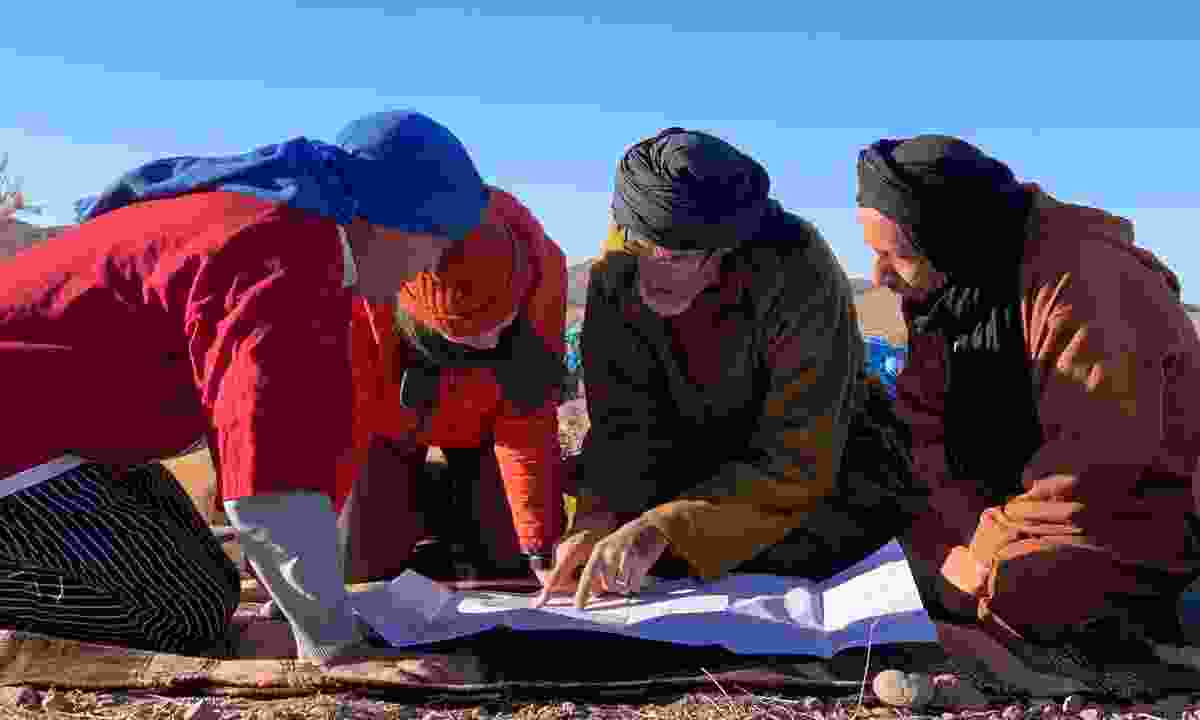 I have light skin and blue eyes. I am always on the outside looking in. But Morocco is so hospitable that it’s an advantage: everyone wants to speak to you.

Yes, this may be a segregated society, and men tend to socialise together, as do women. But, as an outsider and a woman, I can span both and am treated almost as an honorary man.

You grew up in Uganda and Ghana and worked across North Africa and the Middle East as a journalist. You’ve moved around a lot. Do you have a shortcut for getting to know new places quickly? A friend tries to playfully tople Alice over (Alice Morrison)

Whether in Morocco or not, I always learn some of the language. I never allow myself to get aggressive or raise my voice. I’m quite a fiery person, but I always make sure I’m calm and approach people with openness.

It’s like riding a horse: if you tense up, it goes faster. If you relax and learn a tiny bit of the language, even just to say “hello” or “how are you?”, every door opens. It’s about being open, friendly and accepting.

When you’re in someone else’s country, you are their guests and it is your duty to go towards them.

Be aware of their customs, what they wear, eat and do. For example, in Morocco, I see young women wandering around the souks in hot pants – you can see their arse. They’re not in France or England, and all they’re doing is disrespecting the country and people who live here.

Moroccans will not say that, but it is. It’s not about being free to wear what you like; you are, and no one’s saying you can’t. But what you’re doing is using that freedom to disrespect this country.

In the book, you do confront a local boy over a comment he makes about your female friend. Do you still get frustrated at times?

You bring your own morals and views to anywhere you go, and if you see something you feel is wrong, it’s your responsibility to say something, to try to change things. It may not happen right away, but by doing it in the correct way, you make progress. Though I have been chucked out of places.

The book also covers your time making the BBC travel series Morocco to Timbuktu. How out of your comfort zone were you? 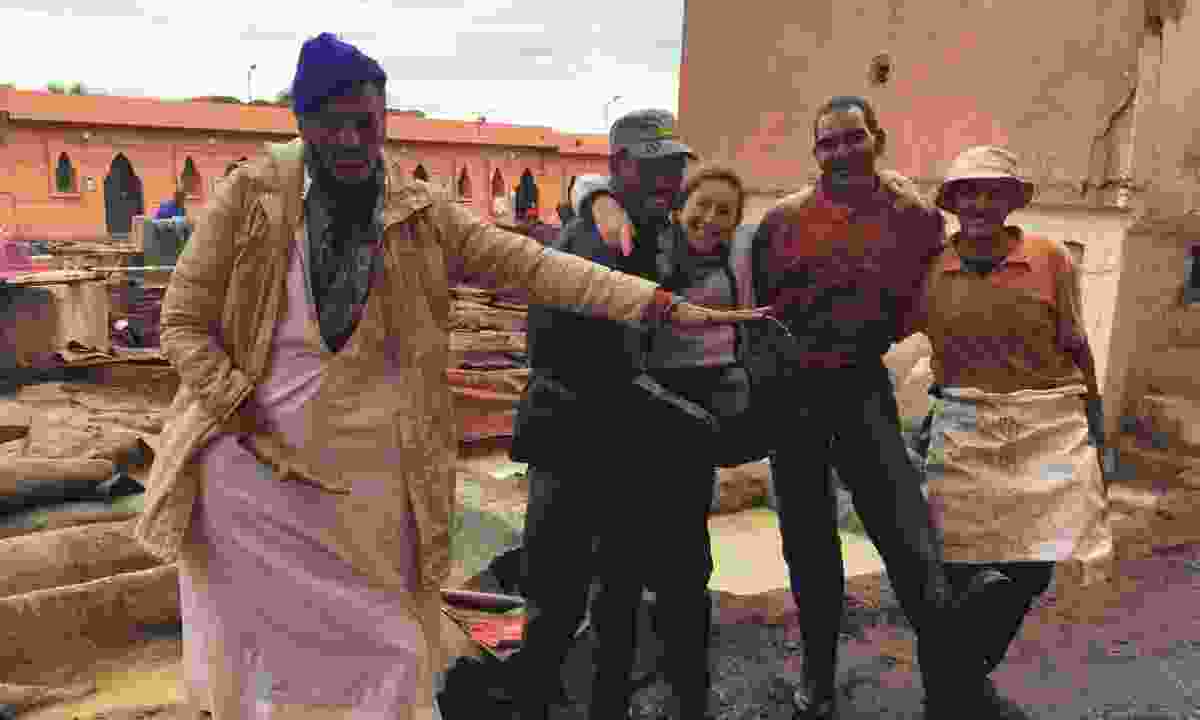 Alice being helped at a Tannery (Alice Morrison)

I’d never done a piece to camera before, which was scary. But I’m also doing what I love: exploring, doing new things and sharing that experience with other people – plus I got to go to Timbuktu in Mali, which is the most mysterious city on Earth. I love learning new things; that is my happy place.

The weirdest bit, though, was climbing into a vat of pigeon s**t at a tannery in Marrakech. They use it because it has ammonia, which takes the hair out of the hide. Mohammad, who worked there, was tall, so he was fine, but I’m not. It came up over my waders and I had to be hauled out by my armpits.

Has living in Morocco upended any clichés that you’d had?

I really loved the film Casablanca, especially when they sing ‘La Marseillaise’ in the café – it’s so sad. Today, it’s a big, modern city but there is a Rick’s Café, painstakingly recreated from the film.

So, I went there, sat down and played 'Chopsticks' on the piano. It's all I know. It killed all my Bogart fantasies.

A lot of travellers find Marrakech (where you live) to be a pretty intense introduction to Morocco. What is your tip for easing yourself in? 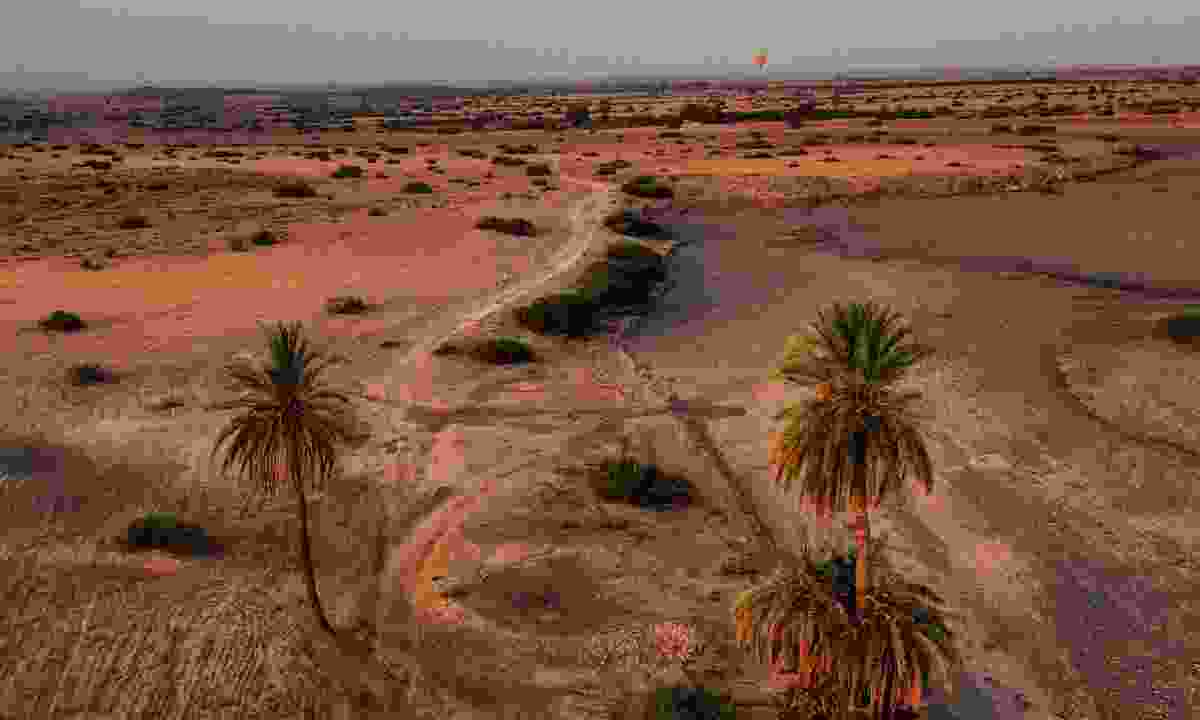 It’s a bit different for me, as I was arriving to live there, but when you go to visit, you’re out for the whole day, doing things. I go out for a few hours and have to have a lie down. You’ve got to haggle, avoid the motorbikes, keep your eyes open.

I don’t take drugs, but I imagine it’s like the buzz of a real high. I really like that. But when you live somewhere, you learn to balance that by going to the mountains for the day or perhaps going running in the Palmeraie, where the palm groves are and it’s completely peaceful; you’re there, running through these beautiful, elegant date farms.

Marrakech is a frantic city, but then I would recommend balancing it with the deserts. And don’t walk around for five hours; you’ll die of overload. Walk for an hour then have a nice tea or coffee.

Speaking of big cities, where do you go to escape the crowds? 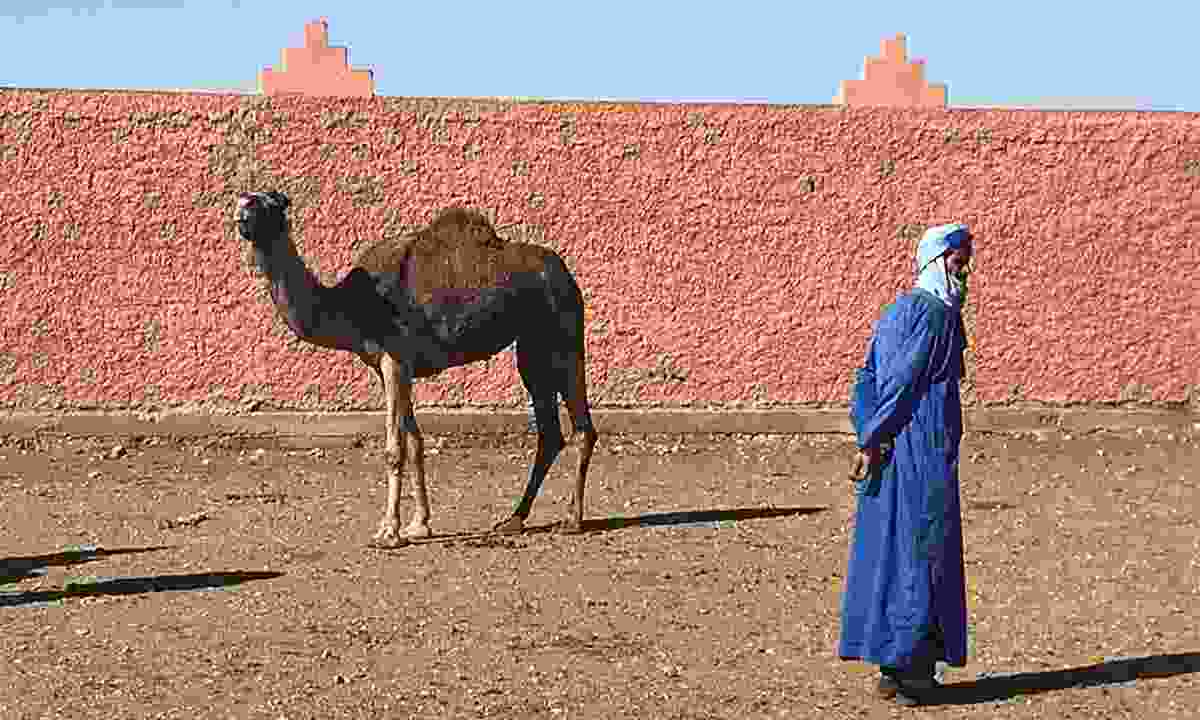 In the north, not everyone makes time to go to Chefchaouen, but they call it the most beautiful city in Morocco for a reason, and the Rif mountains are nearby.

I love Guelmim, in the south. You can visit the Sahara there and see an oasis, then nip over to the coast to visit Ifni, a surfing town with big rock arches and endless white sands. All are pretty free from tourists.

(Read Alice's top things to do in Guelmim here)

You’ve completed a lot of extreme challenges. What drives you to complete them? 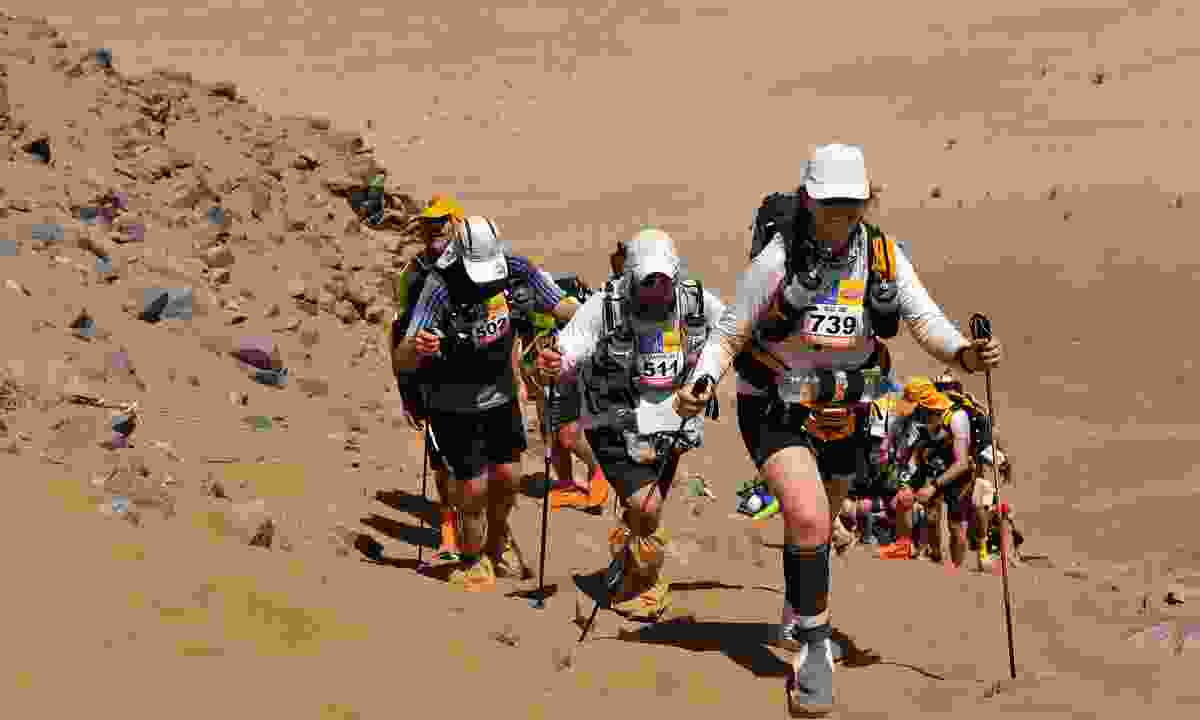 I do love a challenge – taking something on that I can’t really do and then doing it.

Last year, I ran the Everest fell race ultra – running 150km around Everest at altitude. The worst thing about it was the 15,000m of positive ascent. I climbed a 15km ladder over six days. It was totally and utterly horrific.

I came last but I finished, and I had to use every ounce of my own determination to complete that race and not be chucked out because I was too slow. It was incredible because you’re in the Himalaya and in Everest, but it was extremely painful.

You recently became the first woman to walk Morocco's Draa River. How did that come about? 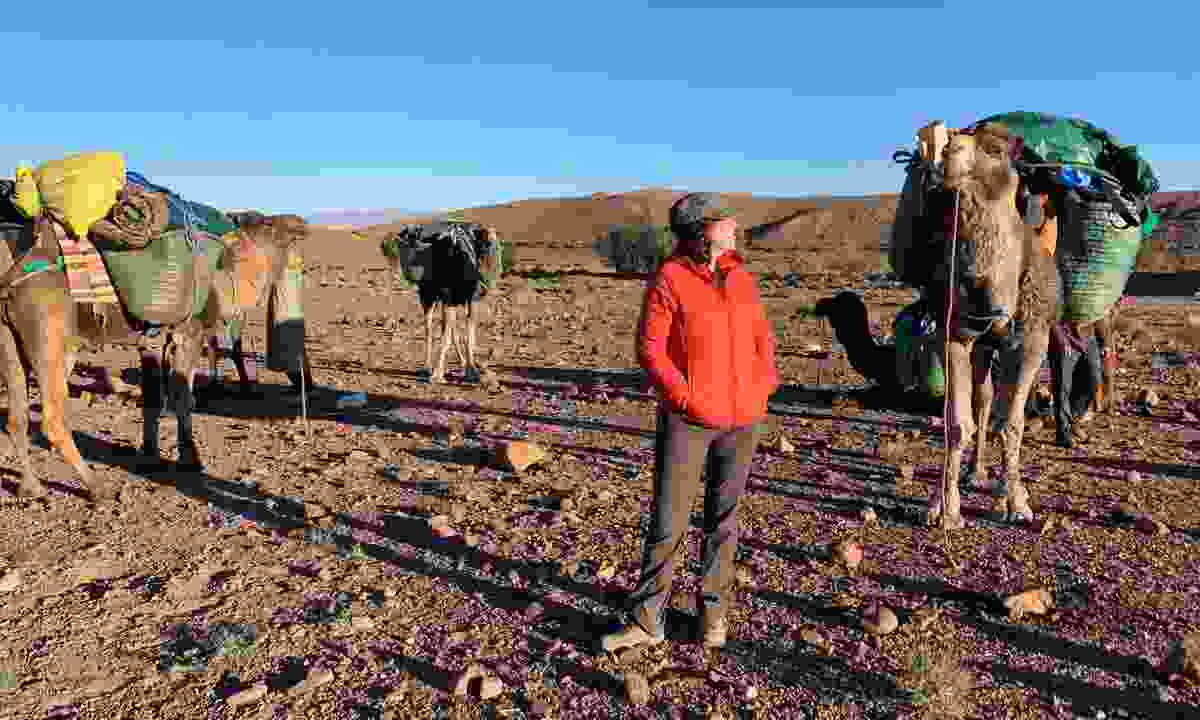 I wanted to do an old-fashioned exploration, following in the steps of those Victorian women who’d cast off their corsets and take off.

One of my inspirations has been the adventurer Freya Stark, who travelled all over the Middle East on her own and always took a full dinner service.

But I also wanted to see what was happening to our planet. We get these horror stories that tell us water is drying out. What I saw there is that it's true, and the effect that has on an area. It’s killing it.

Does walking change the way that you experience a place? 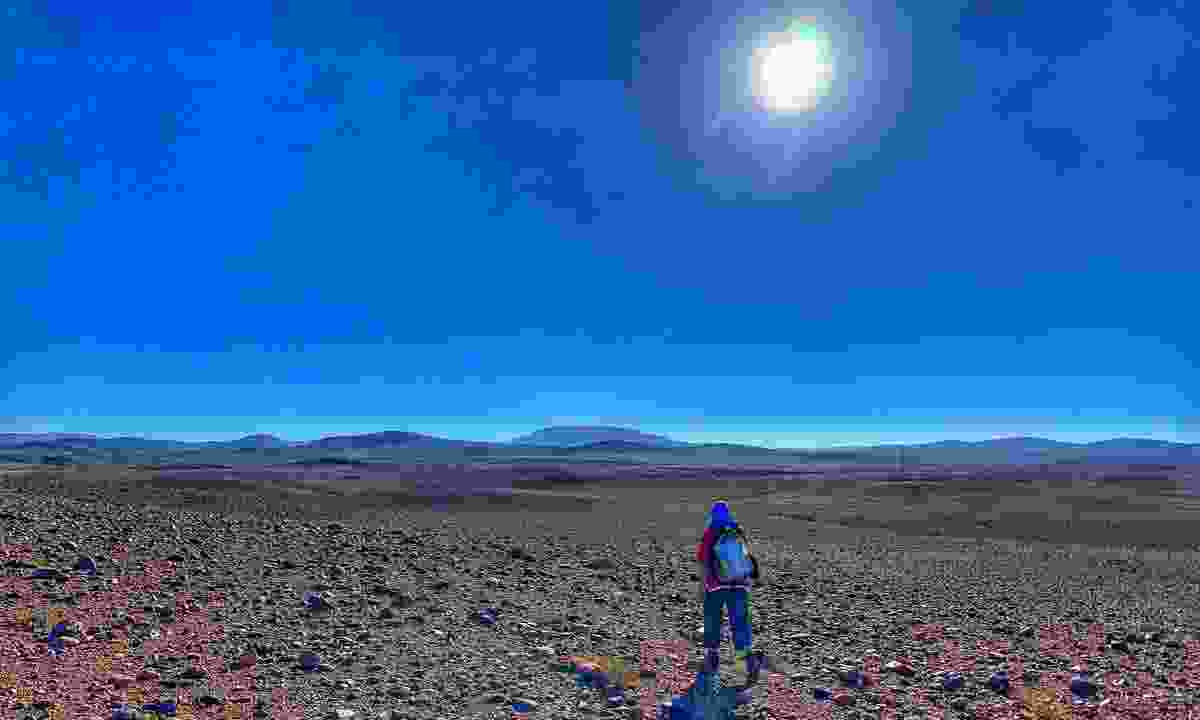 I think the slower you travel, the more you learn. Most people in the West live busy lives. But, for me, the most enriching thing is just ‘to be’; to react to the moment.

What I have the luxury of in Morocco, and what it inspires in me, is that I don’t have to plan my own route and can just see what the universe puts in my path, then explore it.

My 1,001 Nights: Tales and Adventures from Morocco (Simon and Schuster, £19) by Alice Morrison is out now.

Like this? Read the whole June issue of Wanderlust mag - out now

Discover an eco adventure in Morocco

5 things to do in the crowd-free city of Guelmim