Alexandria: A guide to the great Egyptian city

Sitting on the Med – and on over 2,500 years of history – this exotic port city still has the bustle and adventure that captivated Lawrence Durrell 70 years ago

Some cities achieve greatness and others have it thrust upon them, but Alexandria was born to greatness. Alexander the Great named more than 70 cities after himself, but none were destined to live in the memory the way that Alexandria in Egypt continues to do, its name conjuring up a nostalgia for a glorious time that we only know through stories.

The city owes its birth and instant fame to its location at the north of Egypt, near one of the branches of the Nile, and on the Mediterranean coast. The coast here is flat and mostly featureless, but there was always a good harbour formed by an island just offshore, now joined to the mainland to form a spit of land. The harbour is what caught Alexander’s eye, looking for a place that could serve as a link or bridge between the old world of the pharaohs and the new Hellenistic world he was bringing into being. His plan worked magnificently and within a couple of generations, Alexandria was one of the largest and most culturally significant cities in the world, its famous Mouseion – or library – a place of cutting edge learning, its palaces famed for their grandeur, its local god Serapis renowned through the region. So much for the greatness it was born to, but there was also greatness thrust upon it, some of it by an English writer in the 1950s.

I have watched foreign visitors arrive in Alexandria on the bus or train with a copy of Lawrence Durrell’s Alexandria Quartet in hand and their heads filled with the beautiful words of the city’s poet, Constantine Cavafy – ‘You’ll always end up in this city. Don’t hope for things elsewhere…’ Some of them then take one look at the miles of concrete, the millions of people, the jammed traffic… and head back to Cairo. Alexandria can take some getting used to, but it rewards anyone who perseveres. Like the remains of the ancient city, where Cleopatra seduced Caesar and then Mark Antony, the best of the modern city still takes some digging out, unless you head for the waterfront. 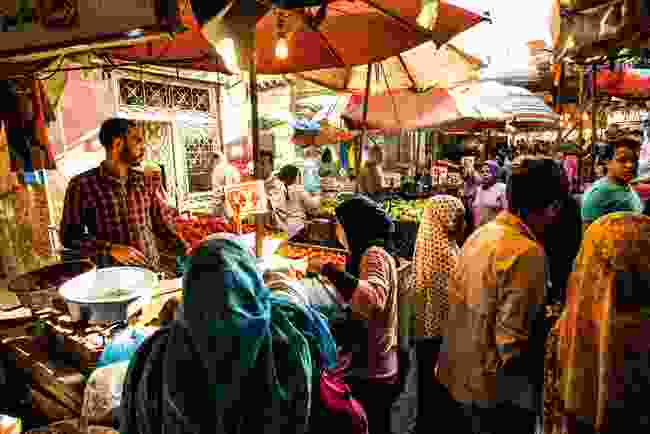 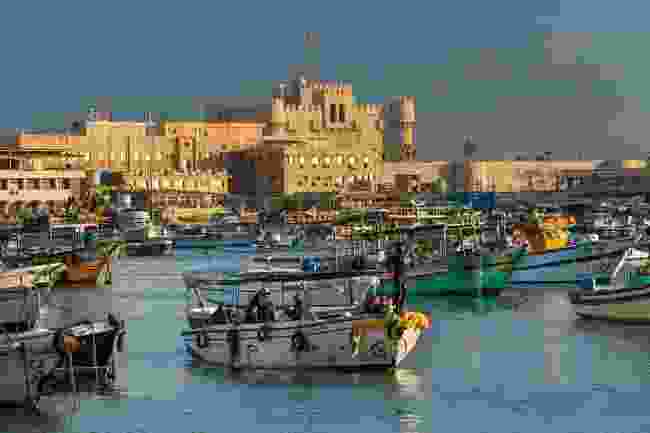 Qaitbay Fort overlooks the fishing boats anchored in the bay on the eastern point of Pharos Island, once the location of the 100m Lighthouse of Alexandria – for centuries the tallest building in the world (Alamy)

There’s a lot of waterfront here – too much, even, for a city that faces the sea and backs onto a lake, Mariout. Rising sea levels are a very real threat here, where the coastline is slowly being eroded and where parts of the ancient already lie beneath the waves. Walk the corniche around the Eastern harbour, past the Moorish façade of the old Cecil Hotel, past men fishing off the concrete breakwaters, and as you look out to sea, on your left you have the Mamluk grandeur of the fort of Sultan Qaitbay built on the site of the Pharos, the lighthouse that was one of seven wonders of the ancient world, and on your right the shiny glass and concrete of Bibliotheca. When it first opened, the library was mocked for having empty bookshelves, but true to the spirit of the city, it has taken its time and grown into itself, and now boasts a number of museums, exhibition and performance spaces and a range of activities for locals and visitors.

The idea that much of the city remains hidden from view has long obsessed archaeologists and tomb raiders, all hoping to find the long-lost tomb of the city’s founder. Heinrich Schliemann, who uncovered ancient Troy and the golden mask of Agamemnon, decided there was nothing for him here. That hasn’t stopped many others from looking, my favourite being a waiter from Piraeus in the mid-20th century who spent his holidays each year searching for the city’s founder. I would suggest you devote your time searching for easier targets – walk through the ancient catacombs, for instance, or over the nearby ruins of the temple of the god Serapis, once one of the classical world’s grandest buildings, now marked only by Pompey’s Pillar; around the excavated ancient villas and theatre, or through the galleries of the National Museum.

The fourth pyramid of Giza: Inside the new Grand Egyptian Museum

But in spite of the grandeur of those places, what I have always loved best in Alexandria is the spirit of the city and that, for the past century, has been most richly felt in its cafés. Start with a walk through the café of Ali Elhendi – you’ll find it in the grand building on the corner of Salah Salem and Ahmed Ourabi streets. The building is one of the grand 19th century mansions that lined what was called, simply, The Square, and the café, a scattering of tables and chairs, occupies part of what was the mansion's internal courtyard.

Pastroudis, where Lawrence Durrell used to hang out, and the Union may have gone, but Delices is still there beside the tram station, and nearby, facing the sea, is the Trianon. This was the Grand Trianon a century ago and there is still a grandeur about it. There’s still a lingering trace of the poet Cavafy, too, whose office was in the building upstairs. Now, it is a favoured meeting place of the city’s better-heeled young, who linger over a cappuccino or an over-sweet gateau making plans, as people have made plans in this spot for the past 2,000 years, shaped by the city that they will now reshape, the eternal dance of the city that still looks out of Egypt across the Mediterranean.

4 things to do and see in Alexandria 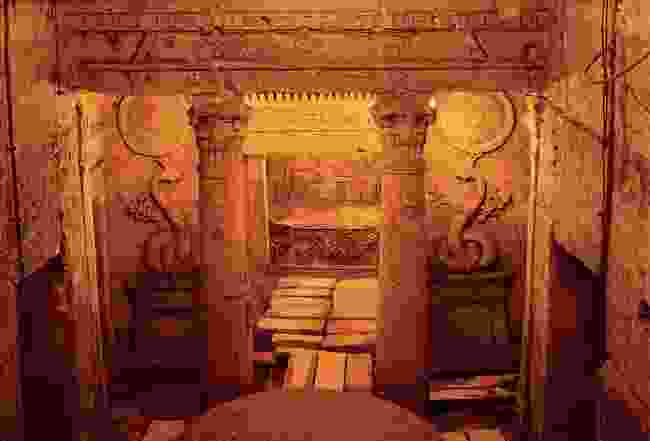 The Roman catacombs are a mix of ancient Egyptian and Roman; the theatre and villas at Kom el Dikka a reminder of the glory of the past; the 15th century fort of Qaitbay sits on the site of the Pharos, the lighthouse that was one of seven wonders of the ancient world; and the halls of the Bibliotheca Alexandrina sits on the site of the ancient library.

Although some city centre beaches are dirty, if you venture west to Agami or east at Montazah there is some delightful swimming.

The souks might not be as exciting as in Turkey, but there are still joys in the old Attarine market – on my latest visit, I bought a 1960s English ship’s clock.

You’re by the sea, so there is great fish to be had. Walk through the Anfushi fish market to whet your appetite and then head for the Fish Market or Greek Club (Blue and White), both on the harbour. Or look for the Cap d’Or, more a beer bar then restaurant, although the calamari stew can be brilliant.

Places to stay in Alexandria

The Alex is less great than its name suggests, but the best budget option for sightseeing, occupying the upper floors of an office and apartment building situated close to the promenade. Rooms are spotless, air-conditioned and balconied but ask for one off the street – the school across the road is noisy day and night.

The best of the old colonial hotels, mentioned by Lawrence Durrell among others, The Cecil has been an institution since it opened on the waterfront in 1929. Now part of the Steigenberger group, it remains the obvious choice if you want to balance nostalgia with a bit of comfort.

The Alexandria is everything you would expect from the Four Seasons luxury brand. A huge building with sumptuous, international-style rooms, separated from its private beach by the multi-lane waterfront highway, this is as slick as it gets in Alexandria. Delicious food and expertly prepared drinks. 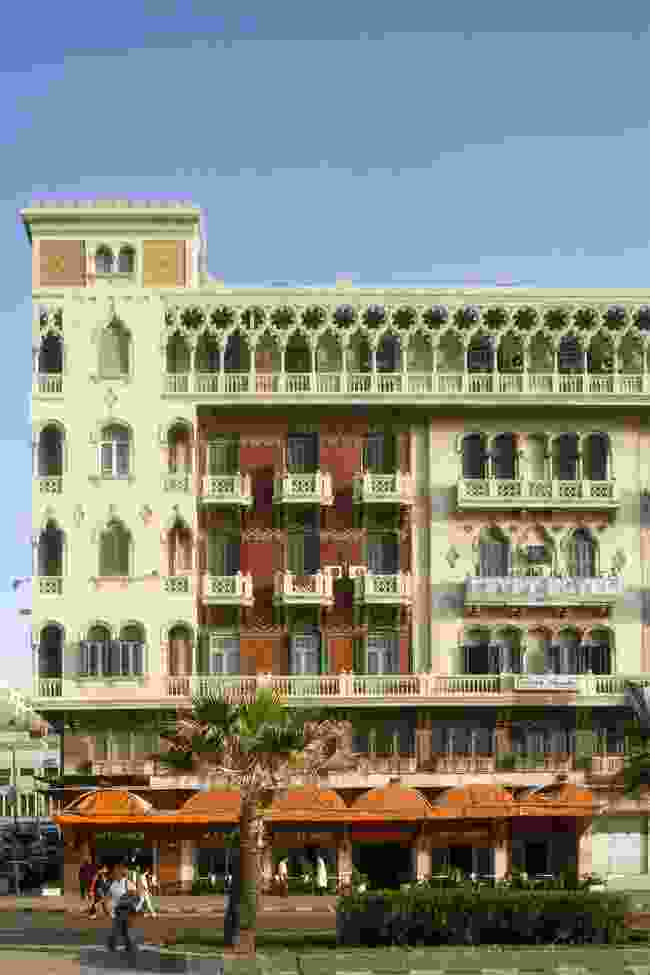 A corniche apartment building, constructed around 1900 in the colonial style (Alamy)

Getting there: There are direct flights into Alexandria’s Borg el Arab airport from Rome, Paris, Istanbul and some other cities. More likely, you will come from Cairo by the frequent bus or train services, both of which take around three hours.

Getting Around: Nostalgics will enjoy the continuing ‘clicking of violet trams along the sea-front,’ but the best way of getting around is either to walk or hail the many inexpensive cabs.

Festivals: The week-long Heritage Days Festival, usually each November, is a chance to indulge in the history of the city in the company of experts and authors. There are usually walking tours and site visits, as well as lectures and discussions. The big religious festival is the moulid (saint’s day) of the city’s patron saint, Abu Abbas al Mursi, a 13th century Sufi from Murcia in Spain, celebrated on the 1st of the Islamic month of Jumada al-Thani (around 25 December in 2022). 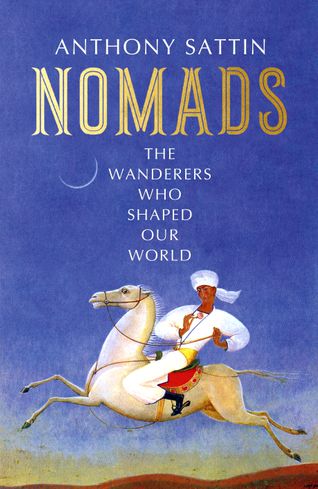 Nomads: The Wanderers Who Shaped Our World by Anthony Sattin

Journalist and author Anthony Sattin's latest book Nomads: The Wanderers Who Shaped Our World goes on sale 26 May 2022.

Have the ultimate urban experience in this African city

A mini guide to Suva, Fiji

A mini guide to Vigan, Philippines