In a year of death and division, these fantastic albums brought comfort, inspiration and hope. We celebrate the 10 best albums of the year that you'll want to hear

Here, in no particular order, are 10 of the year’s finest albums we think you’ll want to hear… 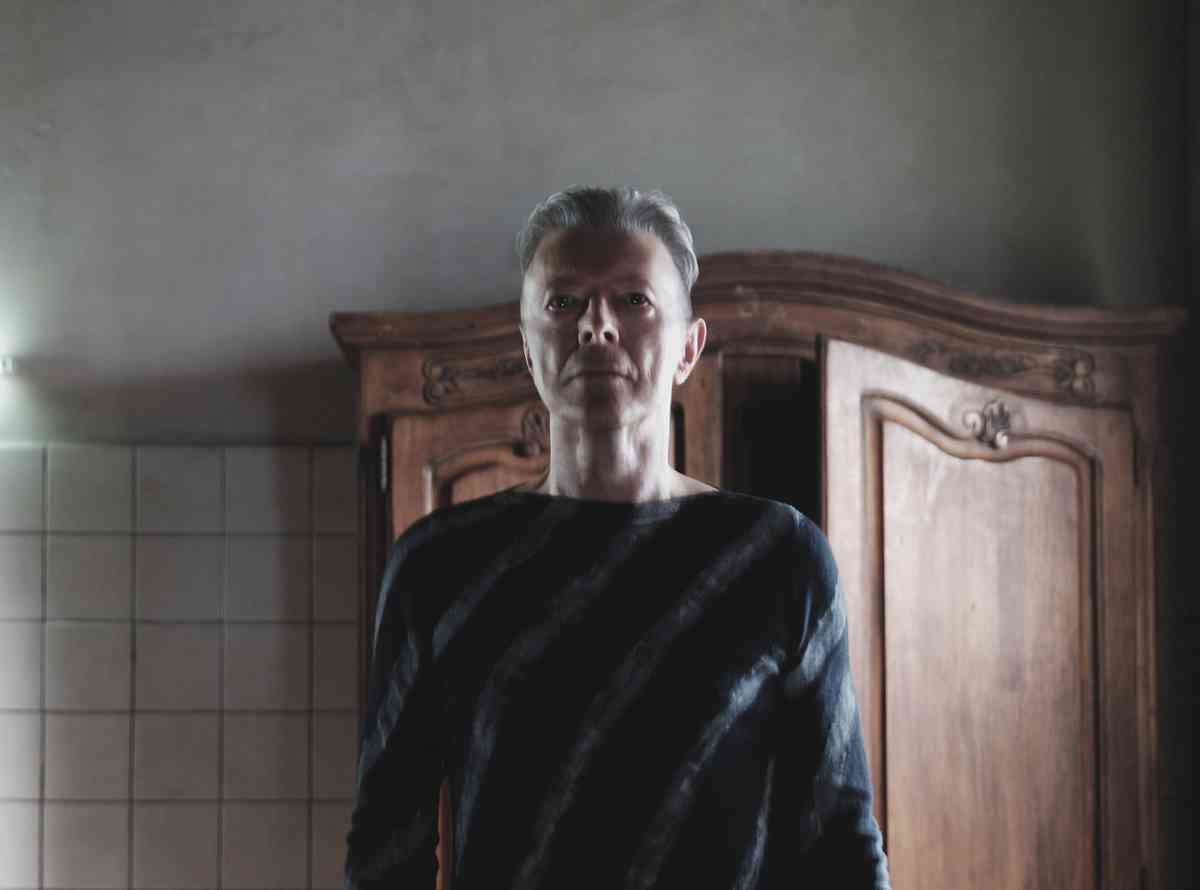 The unexpected death of David Bowie from liver cancer just a few days into January, two days after his 69th birthday, kickstarted the feeling 2016 may not be the best year ever. Bowie knew it was coming, Blackstar, released just a few days prior to his death, his “parting gift” to the world, according to producer Tony Visconti.

Certainly, there are clues in the lyrics – “Look up here, I'm in heaven / I've got scars that can't be seen,” from Lazarus – that David Jones knew he was on the way out.

Lazarus, the title track and the melancholic closer I Can’t Give Everything Away are highlights, helping one of music’s most innovative artists go out on a high.

Wa Di Yo by Lakou Mizik 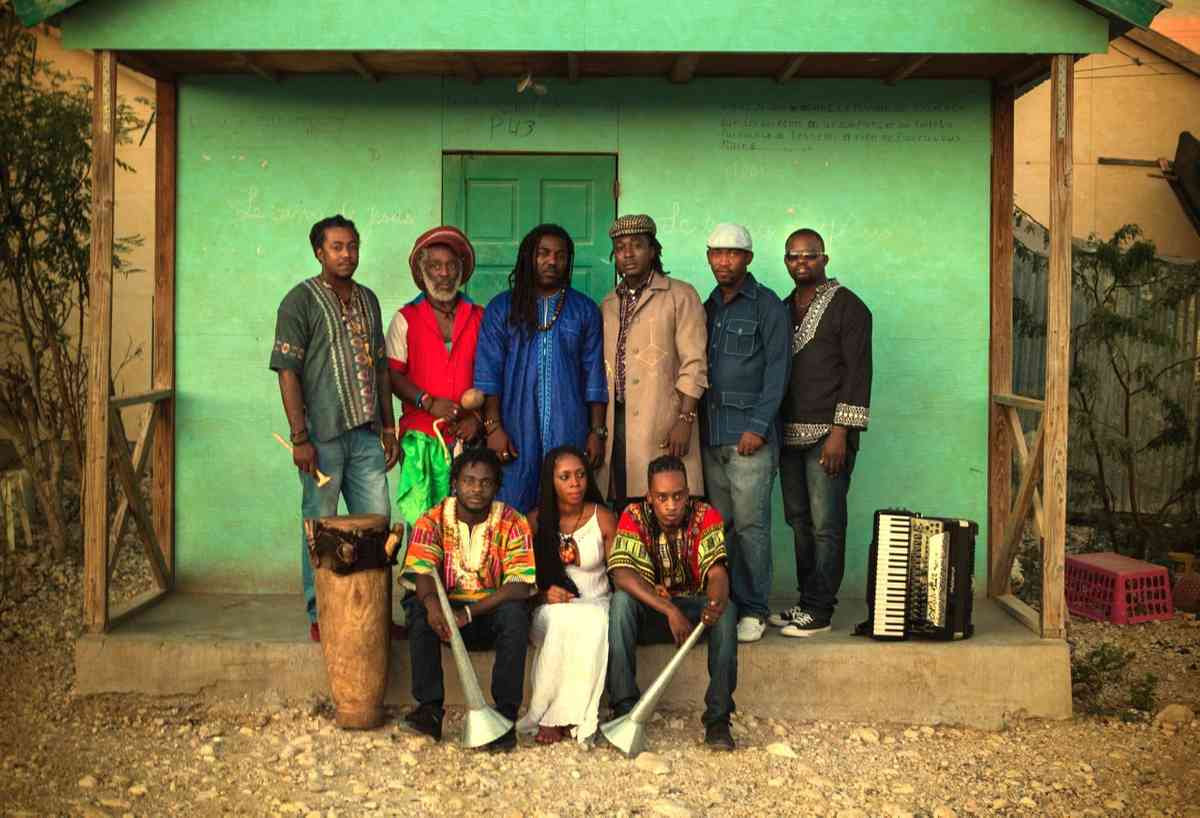 In another difficult year for Haiti (more than 1000 killed, with widespread homelessness and destruction caused by Hurricane Mathew, and the UN estimating up to 750,000 still in need of medical aid), an album like Wa Di Yo makes quite a statement.

Lakou Mizik's a large multigenerational ensemble, formed in Port-au-Prince after the 2010 earthquake, their music celebrating Haiti’s French, African and Caribbean influences and showcasing a far more life-affirming side to the country than the headlines.

Haitians’ dancefloor skills are matched only by their rum-making, and Wa Di Yo’s energetic songs are aimed at the dancefloor, with Latin rhythms, call-and-response vocals, guitar grooves and a punkish energy, especially on songs like Is Fa Ti Bo.

Standouts include the joyful Anba Siklòn, the Caribbean lilt of Pran Ka Mwen, the spiritual chant of Parenn Legba and the uplifting title track. Hopefully these songs will be the soundtrack to better times ahead for Haiti in 2017.

A Mulher Do Fim Do Mundo by Elza Soares 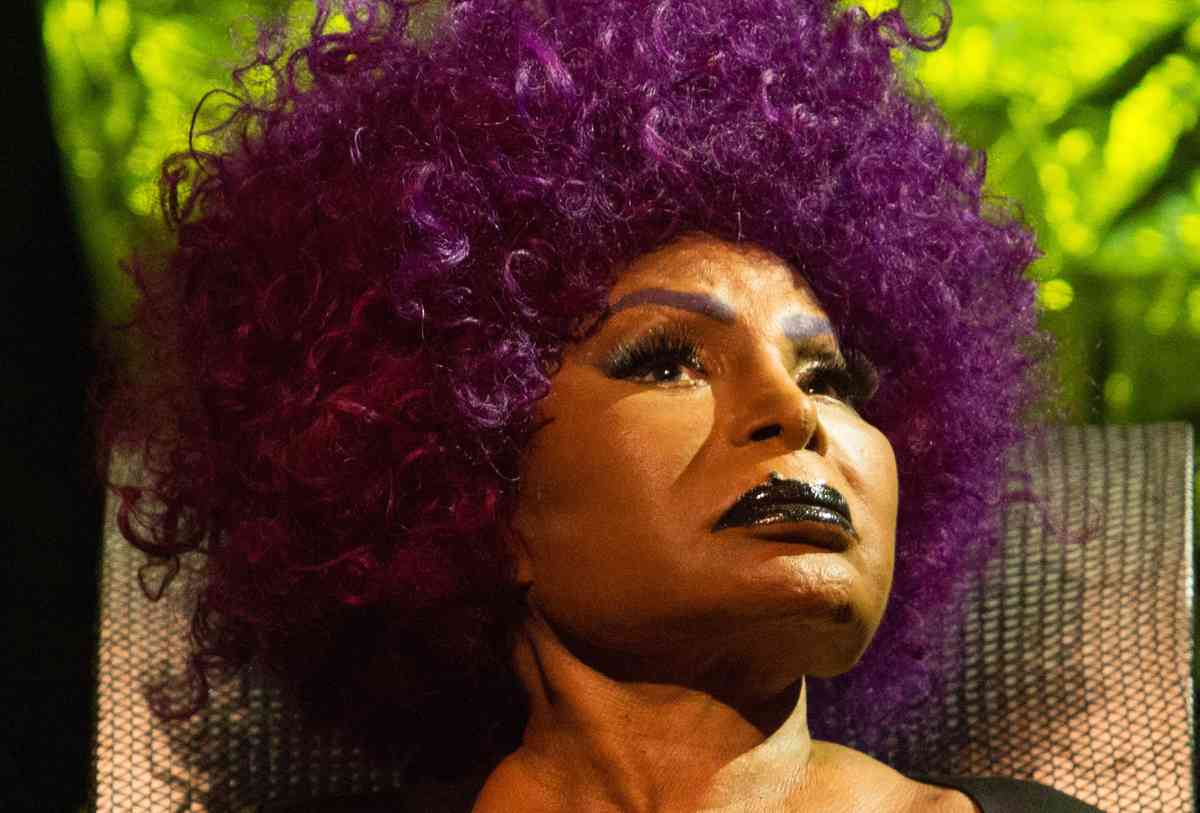 “Music is protest”, says Brazilian samba singer Elza Soares. “While there are still black people taking a beating, we will have music to make.”

At nearly 80 years on, and despite a life story that would exhaust anyone, the fire clearly hasn’t gone out in Elza Soares on her 34th studio album, where she teams up with avant-garde musicians from São Paulo to make samba sujo (‘dirty samba’) that confronts big issues in Brazil, from racism and poverty to drugs and violence.

Originally released in 2015 and voted Best Album of 2015 by Rolling Stone Brazil, A Mulher Do Fim Do Mundo (The Woman At The End of the World) got a deserved global release this year.

Free jazz, rock, noise, electronic experiments and funky samba all come together on this diverse collection. At one end of the spectrum, there’s the unsettling noise of Comigo, at the other the haunting string-drenched Solto, with plenty to keep feet moving on the likes of Firmeza and Canal.

You Want It Darker by Leonard Cohen 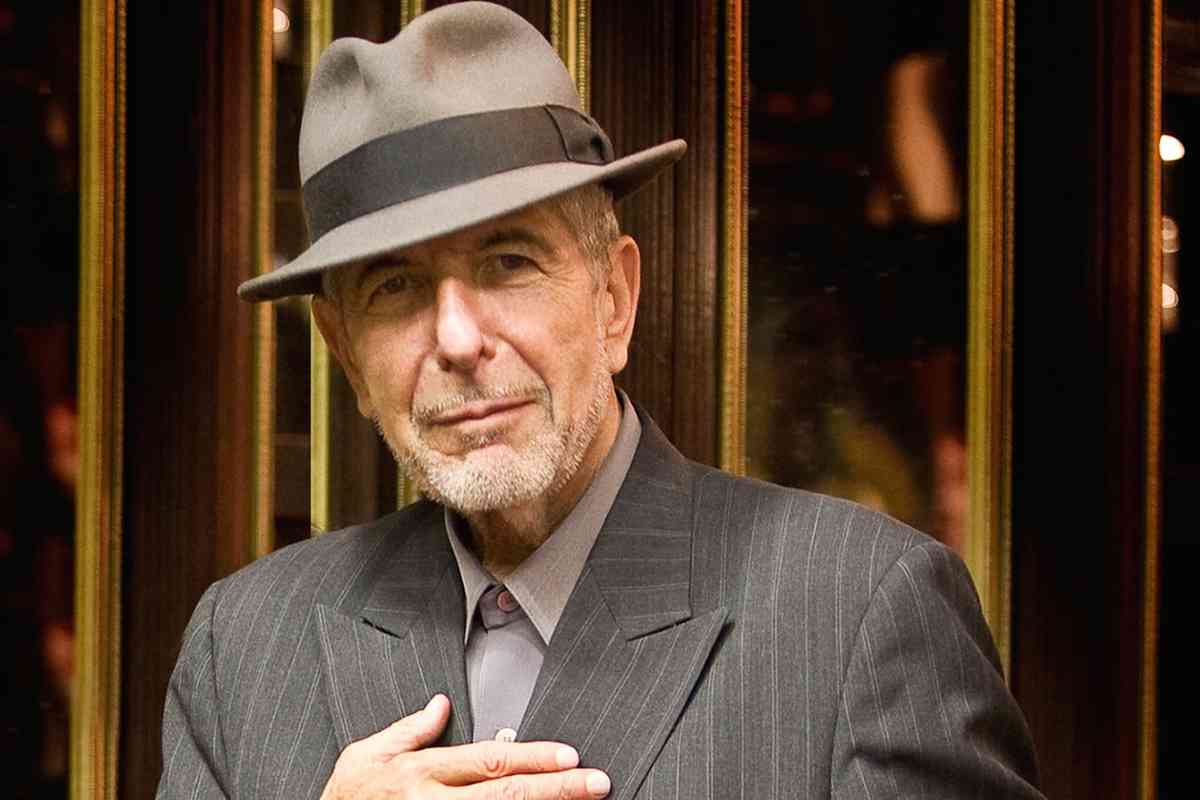 2016 was a year where we lost giants, from Bowie to Muhammad Ali, with Canadian poet and singer-songwriter Leonard Cohen bowing out in November.

Like 2014’s excellent Popular Problems, Cohen’s final album You Want It Darker was more stripped back than much of his 1990s and 2000s recordings, which suited him best; when lyrics are this good, they don’t need to much dressing up.

Cohen’s voice is gruff and low, the music a mix of blues, gospel and folk, and there’s a timelessness about his melodies, which Bob Dylan was so admiring of and which, along with his poetic lyrics, made him the songwriter’s songwriter.

In interviews just before his death, Cohen announced: “I’m ready to die.” On the album’s opening title track, too, he sings, “I’m ready my Lord…” You Want It Darker was a final masterpiece by a master songwriter. 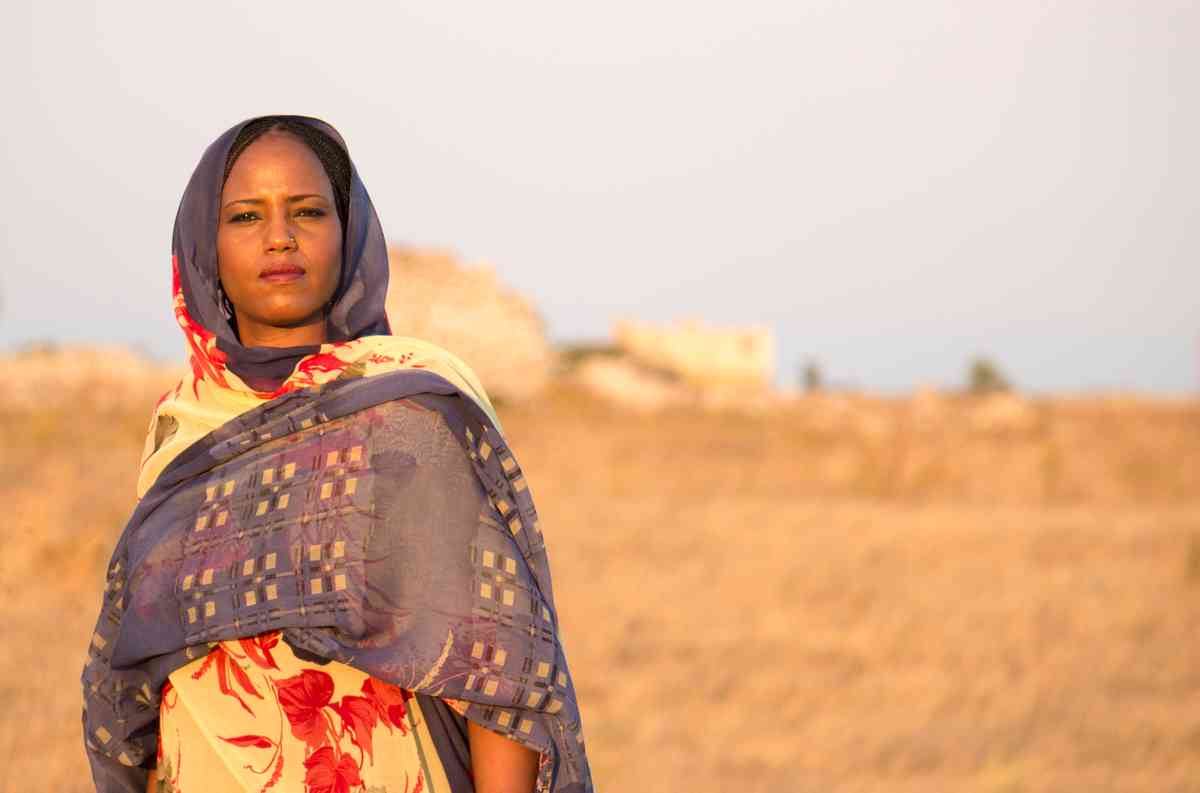 Having been raised in a Saharawi refugee camp in the Algerian desert, living in exile for more than 20 years (in Cuba and now Barcelona), it’s hardly surprising that Aziza Brahim is, in song and interviews, a voice for migrants and refugees.

The album’s downbeat Los Muros (The Walls), in particular, sings of the wall that imprisons Sahrawis in refugee camps in southern Algeria, that Brahim’s described as “the third longest ‘security wall in the world.”

Recorded in Barcelona with Chris Eckman, who’s worked with Bassekou Kouyate and Tamikrest, Abbar El Hamada is a more focused set than her last outing, Soutak, an evocative mix of ‘desert blues’ and mournful ballads.

We Got It From Here... Thank You 4 Your Service by A Tribe Called Quest 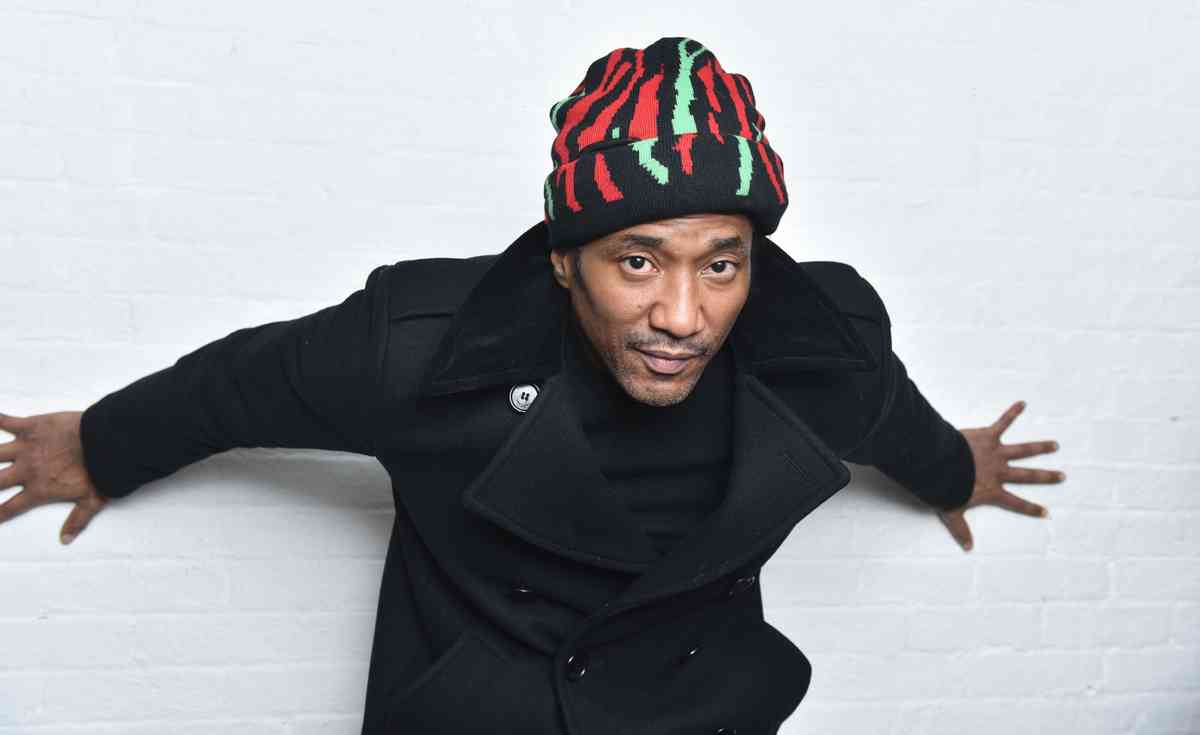 18 years on from their last outing, We Got It From Here… is American hip hop trailblazers A Tribe Called Quest’s sixth album and, with the death of MC Phife Dawg shortly before the March release, almost certain to be their last.

Can they (still) kick it? Yes, they can. The album’s simultaneously old school and space age, with jazzy grooves and Q-Tip and Phife Dawg on top form, shifting from the playful to personal to political, including race issues in the US.

There’s a unifying message, especially on rallying call The Space Program (“Got to get it together forever… To make something happen.”), plus guest spots including Busta Rhymes, Andre 3000, Talib Kweli and Jack White, plus, fittingly, in the year Gene Wilder died, Willy Wonka ranting “the danger must be growing. For the rowers keep on rowing…”

Skeleton Tree by Nick Cave and The Bad Seeds 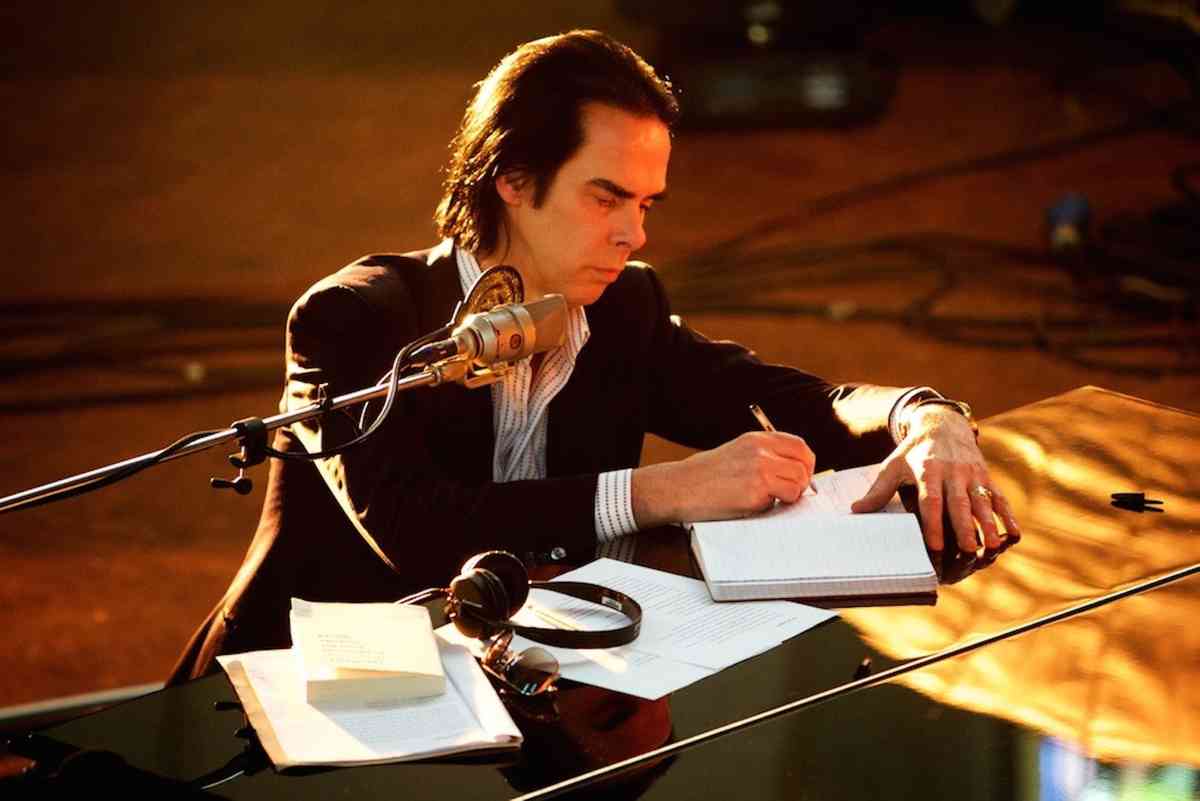 It’s hardly new for Nick Cave to turn in an emotionally heavy album, the Australian singer long preoccupied with death, love, loss, religion and violence. But Skeleton Tree, completed after the death of his 15-year-old son who fell from a cliff in late 2015, was harrowing and raw, from the foreboding synth loops and opening lyric “You fell from the sky, crash landed in a field” right through to the final bruised “And it’s alright now” coda.

It’s an album of diverse textures, with funereal drones and delicate piano (Magneto), whining synths and jarring percussion (Anthrocene) and piano ballads (Skeleton Tree), but it’s the lyrics (“All the things we love we lose”) and the emotional vocal takes that create the real power, not least on Distant Sky, where Cave’s joined by Danish soprano Else Torp, singing: “Let us go now, my darling companion. Set out for the distant skies. See the sun, see it rising in your eyes.” 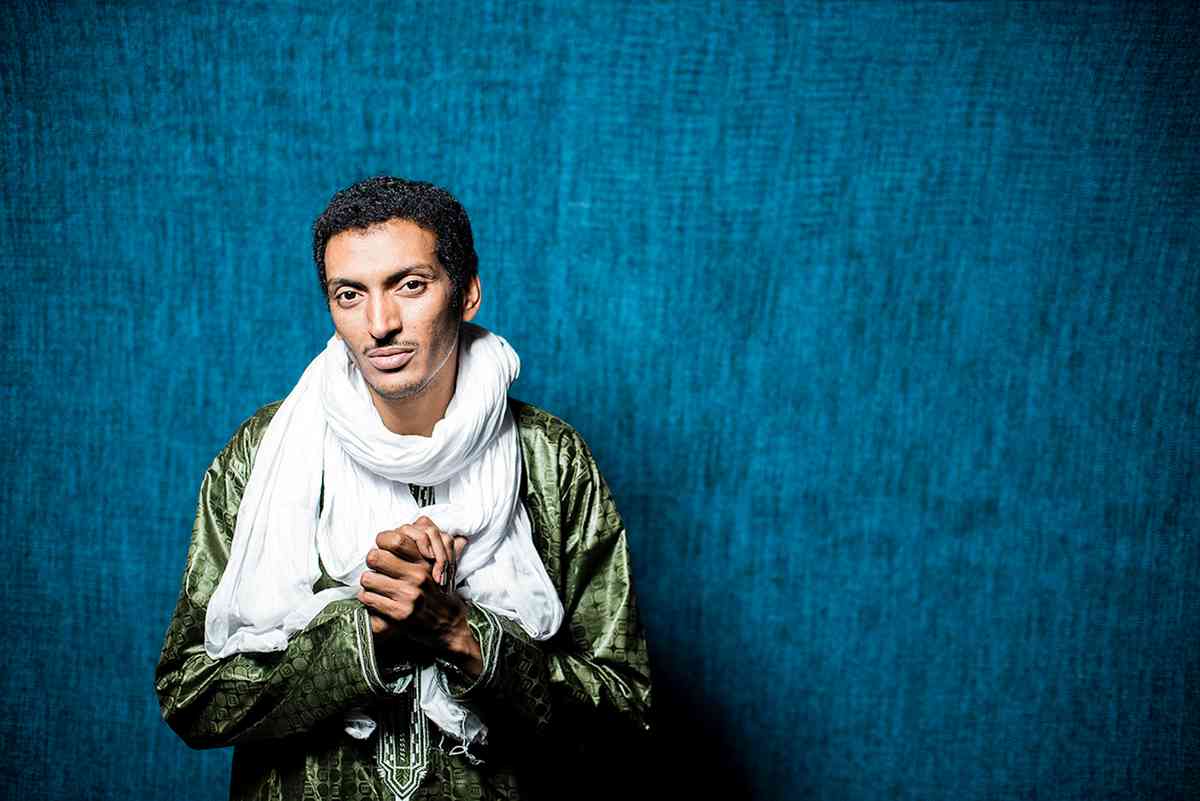 It’s strange in the current everything-but-the-kitchen-sink approach of 2016 to find a dedicated ‘guitar album’. But Omara ‘Bombino’ Moctar, a Tuareg guitarist and singer-songwriter from Niger, clearly still relishes the instrument.

Like his previous album, Nomad, which was produced by Dan Auerbach of The Black Keys, Azel is a punchy set of ‘desert blues’, kicking off with the raucous Akhar Zaman (This Moment), and with plenty of crunchy guitar riffs throughout.

But Bombino also pushes out in new directions, with a touch of reggae on both Iwaranagh (We Must) and Timtar (Memories), and stripped back acoustic guitar reminiscent of Nick Drake on the intoxicating Inar (If You Know the Degree of My Love For You). The guitar work is exceptional across the electric tracks and on the likes of acoustic fireside singalong Igmayagh Dum (My Lover).

A Moon-Shaped Pool by Radiohead 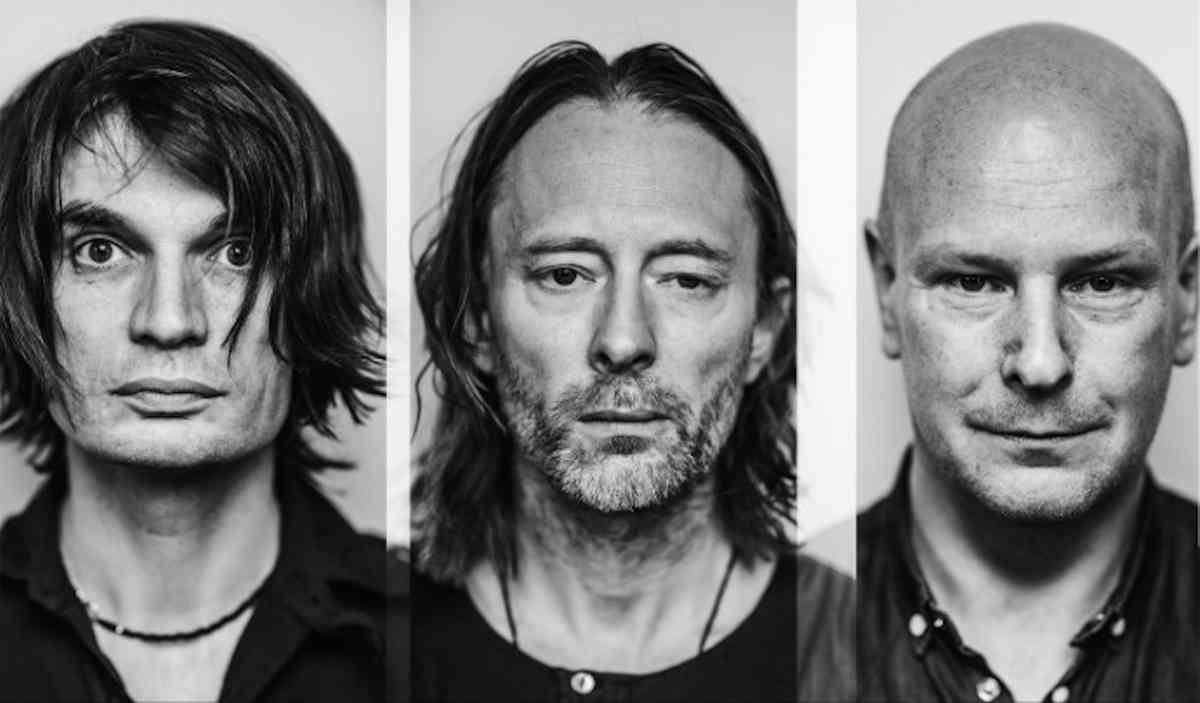 Expectations are always high with Radiohead, but still this ninth album from the best English band of the last 30 years is quite a listen.

Two songs that have been kicking around a while, Burn The Witch and ballad True Love Waits, bookend an album of shifting atmospheres and experiments, with the band sounding energised.

“The wind rushing round my open heart / An open ravine / Totally alive / My spirit light,” Yorke sings on Desert Island Disk, his songwriting here warmer, more open and melodic than the claustrophobia of last album King Of Limbs, and marrying brilliantly with Jonny Greenwood’s film score orchestral chops, especially the tender strings on Glass Eyes and the jarring layers of sound on Ful Stop. 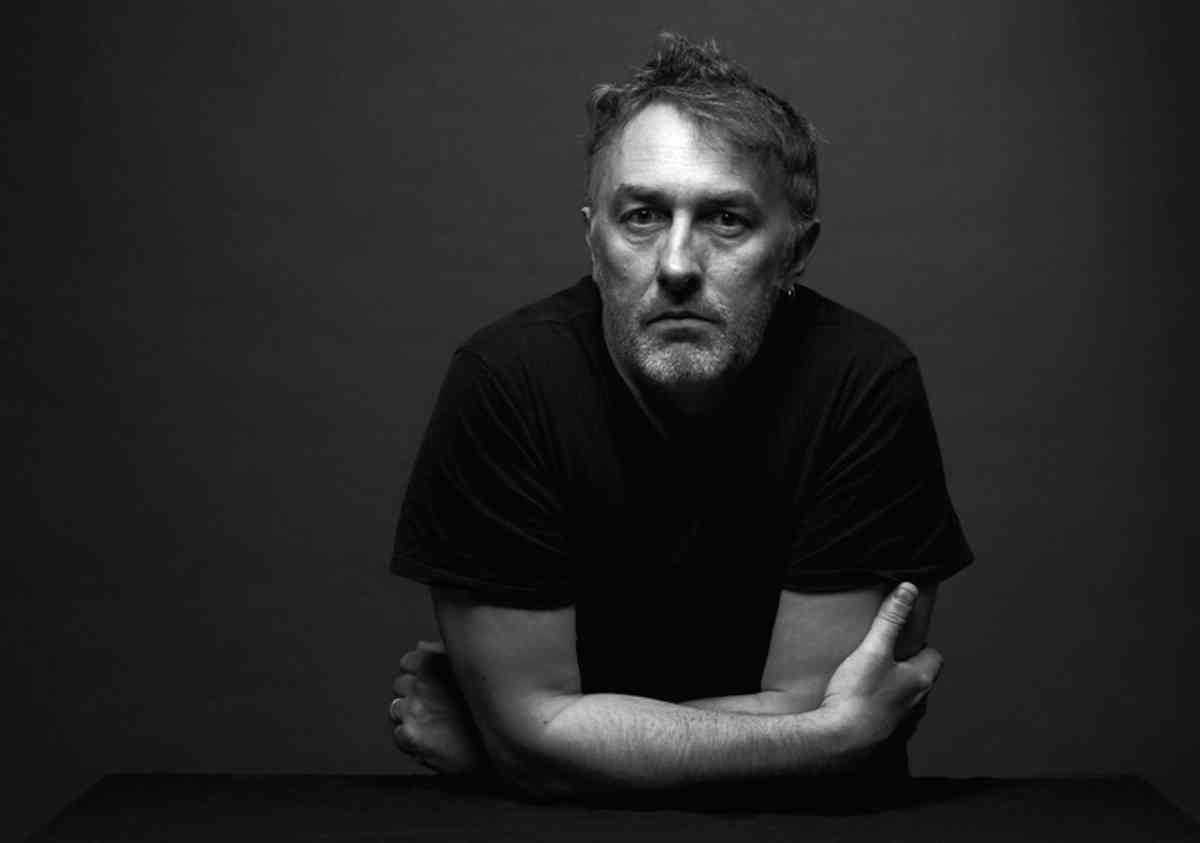 Still best known around the world for his soundtrack to the film Amelie, French musician and composer Yann Tiersen has produced plenty of excellent solo music and collaborations both before and since, including 2014’s Infinity.

Eusa is a stripped back set of instrumentals, using little more than a piano, with occasional subtle layers of ambient noise from outdoor field recordings, like the sound of a bird crowing on Penn ar Lann.

The album was apparently written as a ‘musical map’ of Ushant, an island in the Celtic sea, between Brittany and Cornwall, where Tiersen lives, also known as Eusa in the Breton language, with each piece dedicated to a specific location.

The tone’s more melancholy and nostalgic than Amelie, with Pern, Penn ar Roc’h, Penn ar Lann and Enez Nein among the many highlights worth seeking out.

22, A Million by Bon Iver (Jagjaguwar)

The follow up to the cracking Let England Shake combined great tunes with first-hand reportage from Kosovo, Afghanistan and Washington’s deprived districts.

Chaleur Humaine by Christine and the Queens (Because)

Smart and sophisticated electronic pop from the French singer, with Tilted one of the songs of the year.

Whirling, dramatic set of songs, with surf guitar, stirring Eastern strings and Turkish singer Gaye Su Ayyol veering between from the romantic and the political.

Putting the piano torch songs of Antony and The Johnsons in the past, a bold electronic collection from the English singer and a state of the world address on drones, Obama, freedom and the environment.

Far From Home by Calypso Rose (Because)

Stirring set of songs for late night listening from the Grammy-nominated Mexican singer.

Reliably excellent songwriting and harmonies from the Scottish four-piece, with I’m In Love an instant indie classic.

Last Evenings On Earth by Melt Yourself Down (The Leaf Label)

High energy collection from the UK collective that busts out of jazz with frenetic percussion, brass, rap, shouting, synthy pulses and pretty much everything but the kitchen sink.

Music is subjective, of course. Did we miss one of your favourite albums from 2016? Tell us about it in the Comments section below…

Take a look ahead to some of the most exciting albums coming out in 2017.