It's the United States, but not as you know it - here's how to plan your exploration of Alaska's unique, bear-infested wilderness

Alaska – it steals your breath and boggles your mind. No other state in the US possesses the mystical pull that Alaska has on travellers. This land ignites the imaginations of people who live in the city but long to wander in the wilderness.

Its mythical title, the Final Frontier, is as enticing today as it was when Alaska’s promise of quick wealth brought the state’s first invasion of visitors: gold miners.

Travellers are still drawn to Alaska by its colourful reputation, and still stunned by the grandeur of what they see. There are glaciers, mountains and rivers in other parts of the country, but few are as overpowering as those in Alaska. To witness a giant brown bear snagging a salmon at Brooks River Falls or to watch 100m-high Childs Glacier calve icebergs the size of small cars are experiences that change your way of thinking. 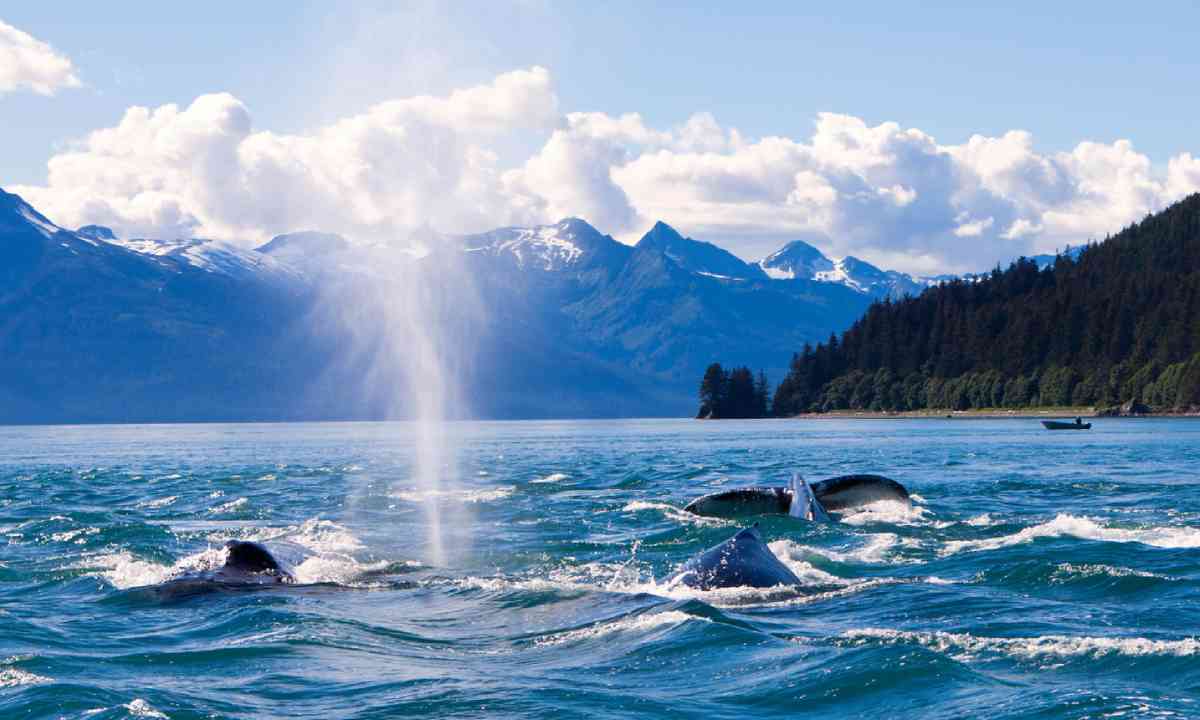 If nature’s handiwork doesn’t affect you, then the state’s overwhelming size will. Everything in Alaska is big. The state has the third-longest river in North America, 17 of the country’s 20 highest peaks and 5,000 glaciers – one larger than Switzerland. The Arctic winters are one long night; Arctic summers are one long day. There are king crabs that measure a metre from claw to claw, halibut that tip the scales at 135kg and farmers who grow 40kg cabbages after a summer of 20-hour days.

Many travellers are simply overwhelmed by Alaska's size and put off a trip until they have an entire summer... and then never get there. But you don't need to make the same mistake. Read on, and hopefully our four Alaskan travel itineraries will point you in the right direction.

Forget the car. The Alaska Marine Highway ferry will take you anywhere you want to go in south-east Alaska. Board the ‘big blue canoes’ in Bellingham (Washington State) and after a day of pleasant cruising step ashore in Petersburg.

Spend a couple of days in this bustling little fishing port with its endearing Norwegian heritage and distaste for large cruise ships. Hike to the alpine region at the end of the Raven Trail, feast on seafood and join a whalewatching boat tour.

Of the 1,000 humpback whales that spend the summer in south-east Alaska, half of them can be seen feeding in Frederick Sound, just north of Petersburg.

Juneau is Alaska’s state capital and one of the most scenic cities in the country. Before it was government, Juneau was gold. You can get a sense of its golden era by visiting the Juneau-Douglas City Museum or strolling up beautiful Basin Road to the remains of the Alaska-Juneau Mine, now the Last Chance Mining Museum. 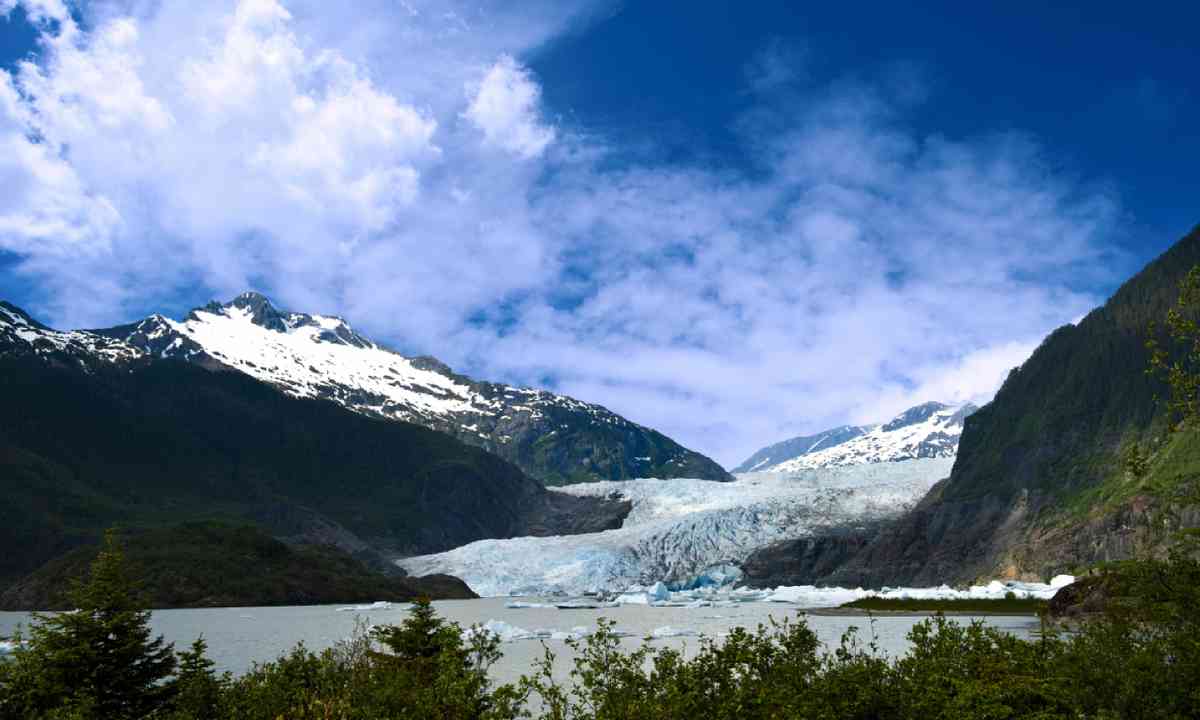 If you’re hit with a sudden case of gold fever – and who isn’t when travelling in Alaska? – buy a miner’s pan from any hardware store in town and try your luck in nearby Gold Creek.

Juneau is also known for its numerous glaciers, with Mendenhall being Alaska’s famous drive-in glacier. A great way to view this ice floe, however, is by hiking the West Glacier Trail. Or don a pair of crampons and trek across it with a guide.

Plan a week in the capital and break it up with side trips such as a two-day kayaking/camping adventure to view brown bears at Admiralty Island’s Pack Creek – there are plenty of local operators to choose from.

Continue north from Juneau to tiny Skagway, the northern terminus of the Alaska Marine Highway. Well-preserved Skagway still resembles the boomtown it was at the turn of the century when the Klondike Gold Rush flooded it with 40,000 stampeders. Relive that amazing period of history by hiking the 53km Chilkoot Trail, an adventure that follows the same route as the first wave of miners.

Return to Skagway through the mountains on the White Pass & Yukon Railroad, which was built in 1900 and made the trail obsolete.

2. Get hooked on fish in Anchorage

Begin in Anchorage, the 'Big Apple of the far north', home to almost halk of Alaska’s residents. It’s also home, come summer, to thousands of spawning king, coho and pink salmon – watch them against the backdrop of mountains and skyscrapers.

Leave Anchorage and head south-east on the Seward Highway. Stop regularly to take in the view – pure white beluga whales are often seen feeding in the bay.

For a memorable evening, take the tram at Alyeska Resort in Girdwood to the Seven Glaciers Restaurant on top of a mountain. Dinnertime views don't get much better than this. 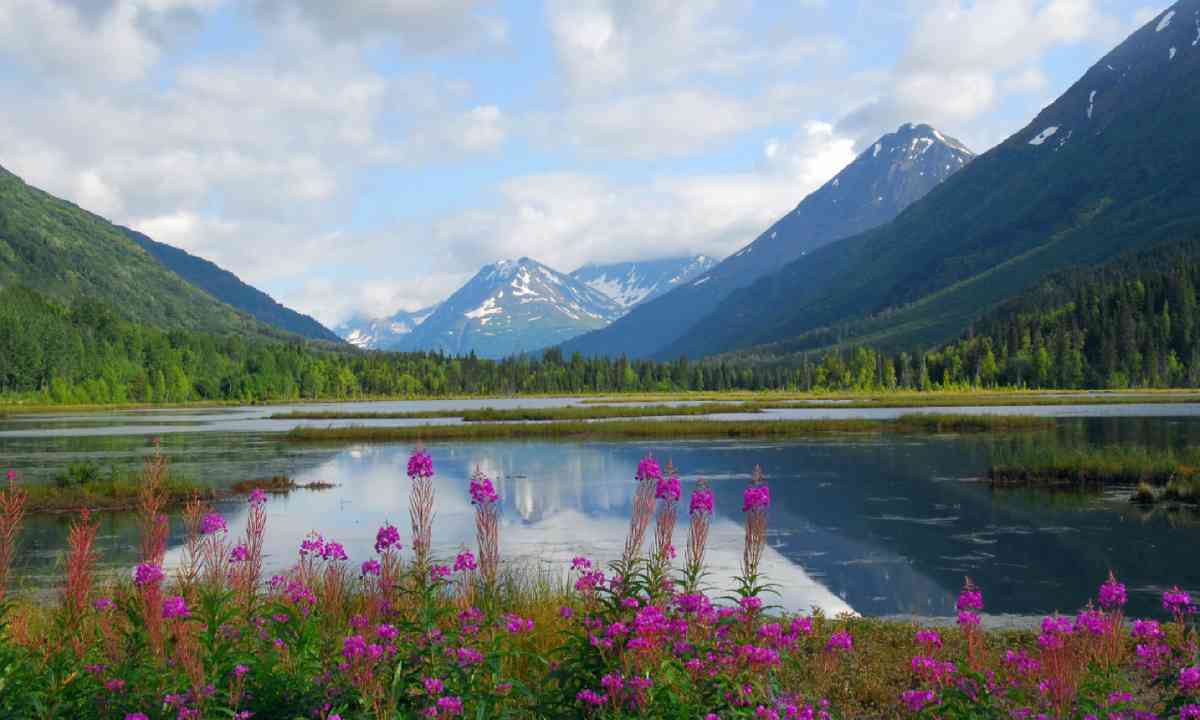 Tern Lake on the Kenai peninsula in Alaska (Shutterstock)

Follow Seward Highway as it climbs over the Kenai Mountains through treeless Turnagain Pass, then head west on Sterling Highway to Cooper Landing. In the late 1800s this quaint outpost on the banks of the Kenai River was a service centre for miners.

Today, miners have given way to anglers. Slip on the waders to fish for hard-charging rainbow trout in the Russian River. Or hire a local guide to put you among the Kenai River’s big salmon.

Follow the Sterling Highway to Homer – but along the way stop at the Soldotna Visitors’ Center to see the world’s largest king salmon, a 42kg behemoth hanging on the wall. 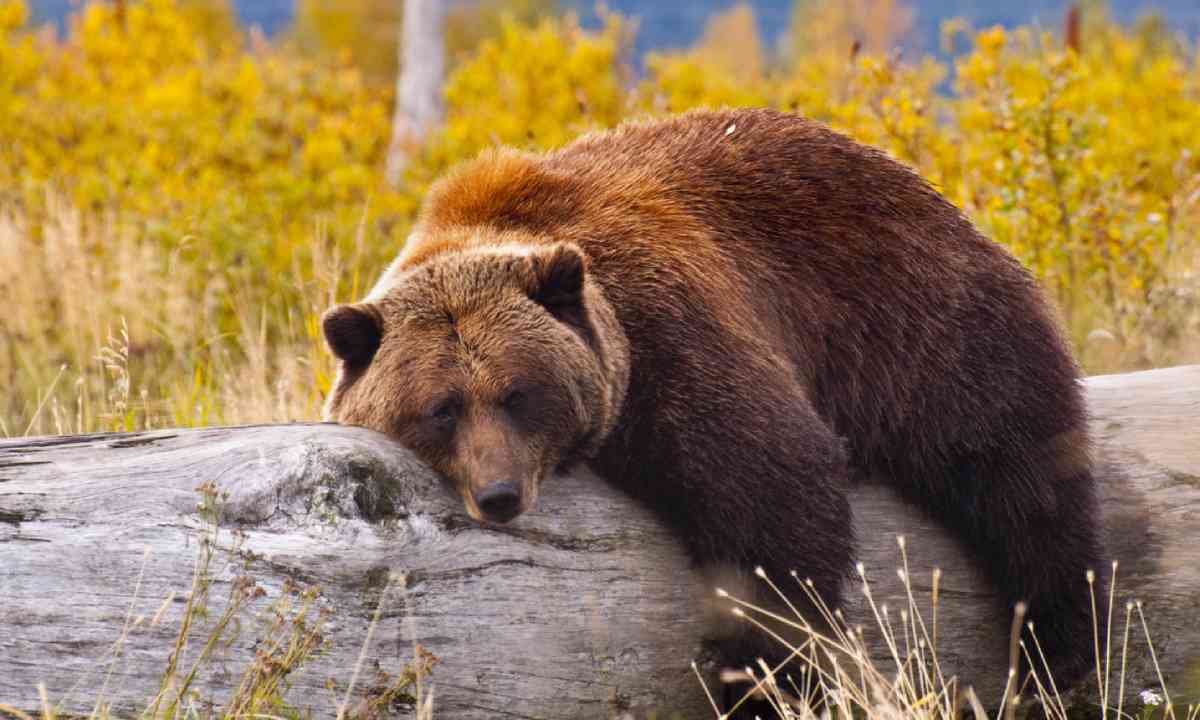 In picturesque Homer head down to the Spit, its long arm into Kachemak Bay, to book a halibut charter then have a beer at the Salty Dawg Saloon. Don’t worry, its warped floors and slanted walls are not a sign of excessive drinking, but the result of the 1964 earthquake.

Homer is best known for its halibut fishing and dozens of charter captains are happy to help you try. Most anglers have their heart set on hooking a big halibut and every summer somebody pulls in a beast more than 2m long. What to do with 2m of halibut? Butcher shops in town will clean it, package it and freeze it rock hard so you can take it home on the plane. Even to London.

3. Look up to Mt McKinley

The George Parks Highway connects Alaska’s two largest cities, Anchorage and Fairbanks, while passing renowned Denali National Park. But the highpoint of this 540km trip is Mt McKinley, North America’s highest mountain, which can be seen from either city and frequently along the highway. It's that massive.

If the weather is clear in Anchorage spend the day hiking in Chugach State Park, the country’s third-largest state park. Flattop Mountain is the most popular trail and from its 1,065m peak you can see Mt McKinley as an icy crown on the horizon. 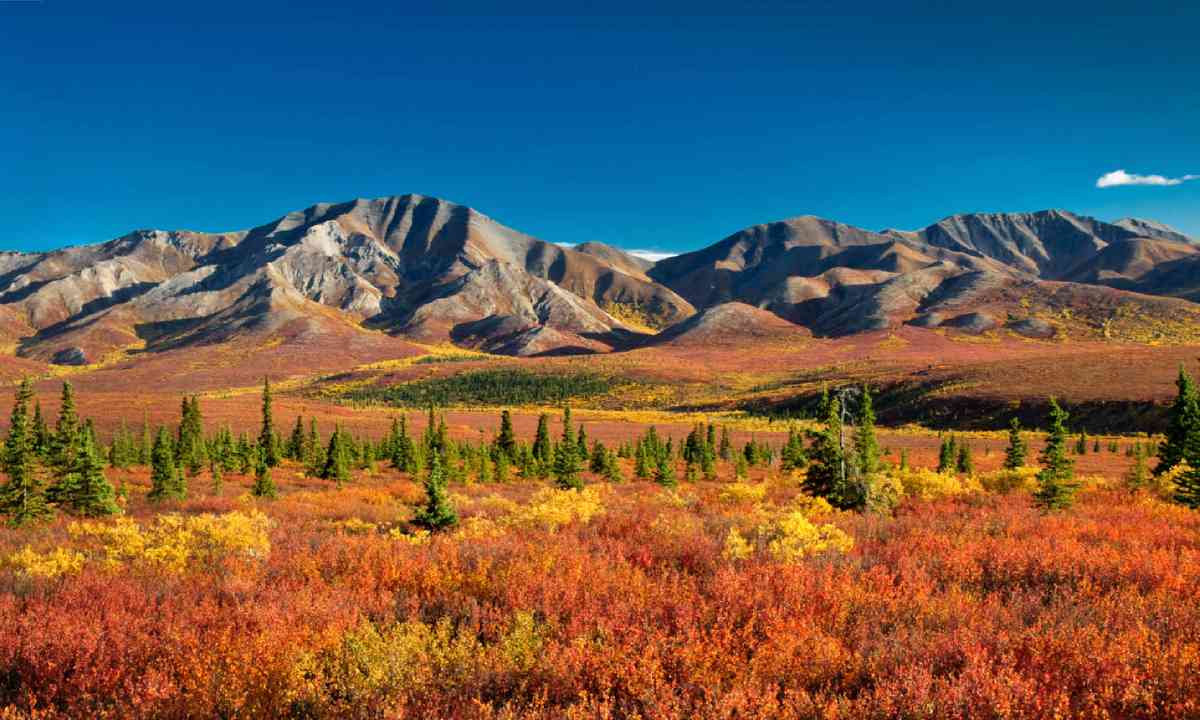 To head north you can rent a car, a motorhome (and be what locals call a ‘roadhog’) or jump on the Alaska Railroad. Completed in 1923 with President Warren Harding driving in the golden spike, the Alaska Railroad is America’s great wilderness train trip. Its cars are equipped with viewing domes so you get a bird’s eye view when the train crosses deep gorges and comes within 74km of Mt McKinley.

Denali National Park is by far the most popular stop along the railroad. The 24,000 sq km sub-Arctic park is best known for its impressive views of Mt McKinley and its wildlife. Private vehicles are banned from most of its Park Road. Instead you hop on shuttle buses to travel through this great preserve, searching along the way for brown bears, moose, caribou, mountain sheep, wolves and even the mountain itself. 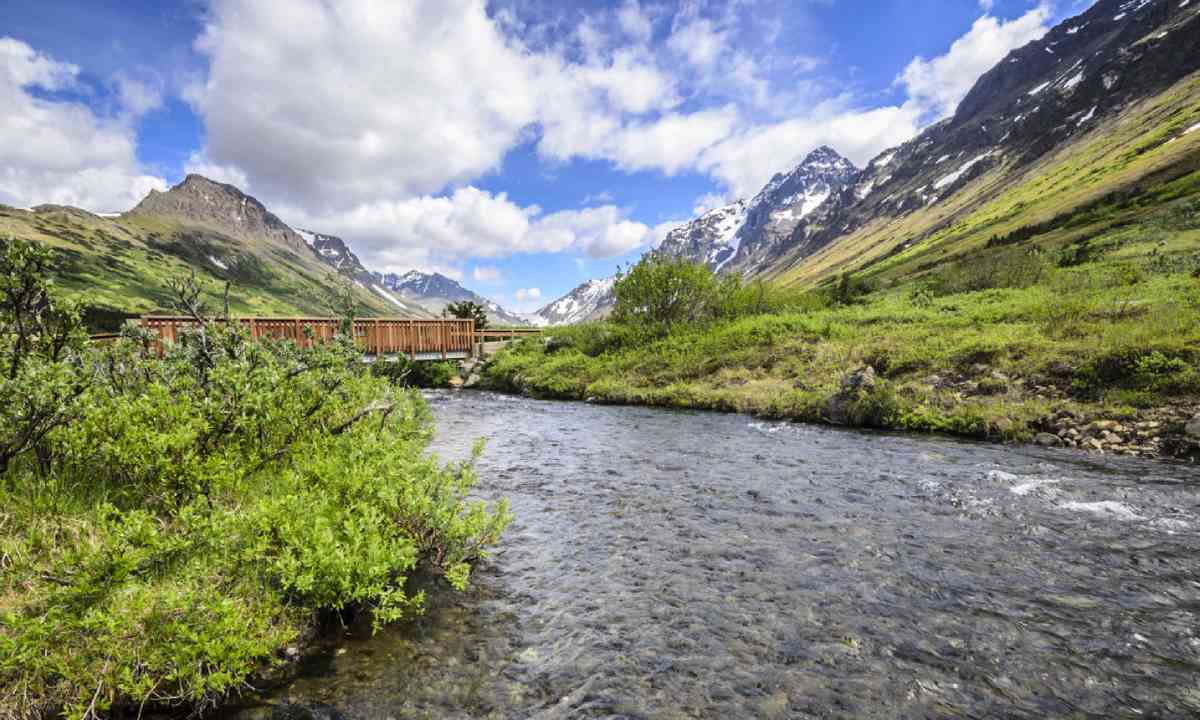 For a truly unusual experience, book a cabin at Camp Denali at the end of Park Road in the heart of Denali.

If it has been a long, dusty drive, head east to Chena Hot Springs Resort where the thermal water bubbles out of the ground into a series of hot tubs and pools. Ahhhhhh! There's no better way to end a trip to Alaska.

4. Cruise from the Alaskan Peninsula

Violent and stormy, south-west Alaska is an island-studded region stretching more than 2,500km from Kodiak to the western end of the Aleutian Chain – and home to 46 active volcanoes and the worst weather in the state. If travel in Alaska is for the adventurous, there are few adventures like this one: island hopping across the ‘Cradle of the Storms’ on an Alaska Marine Highway ferry.

Begin on Kodiak Island – the largest island in Alaska – reached by air from Anchorage or by sea from Homer. Most of it is preserved as the Kodiak National Wildlife Refuge, home to the famed Kodiak bear. This subspecies of the brown bear is the largest land carnivore in the world, with some males exceeding 675kg. 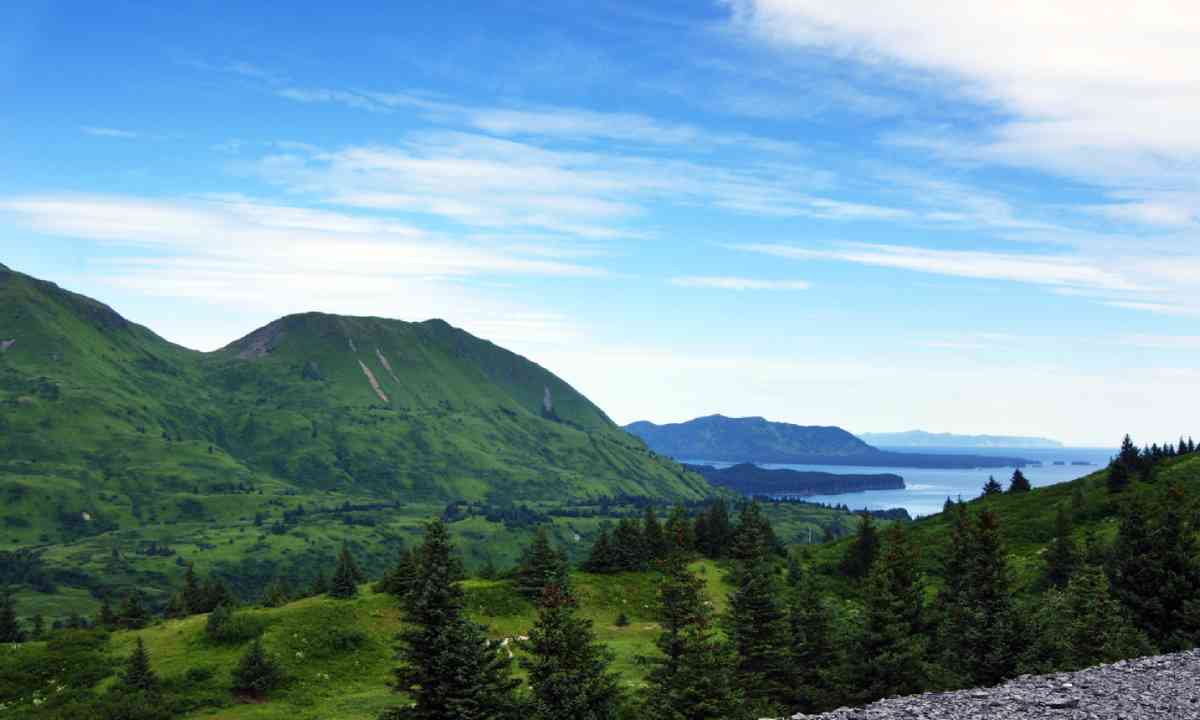 Join a bear-sighting flight that spends half a day flying and landing at salmon-rich streams that are frequented by bears.

During the summer, the Alaska State ferry, MV Tustumena, makes the journey to Unalaska at the east end of the Aleutian Islands. It can be a rocky ride at times but a fascinating journey.

The cruise stops at remote villages and passes myriad birds and marine wildlife, from humpback whales to giant albatross. At the tiny native villages, many of the residents and all of the children come out to greet the ferry and are there to wave goodbye when you leave a couple of hours later. 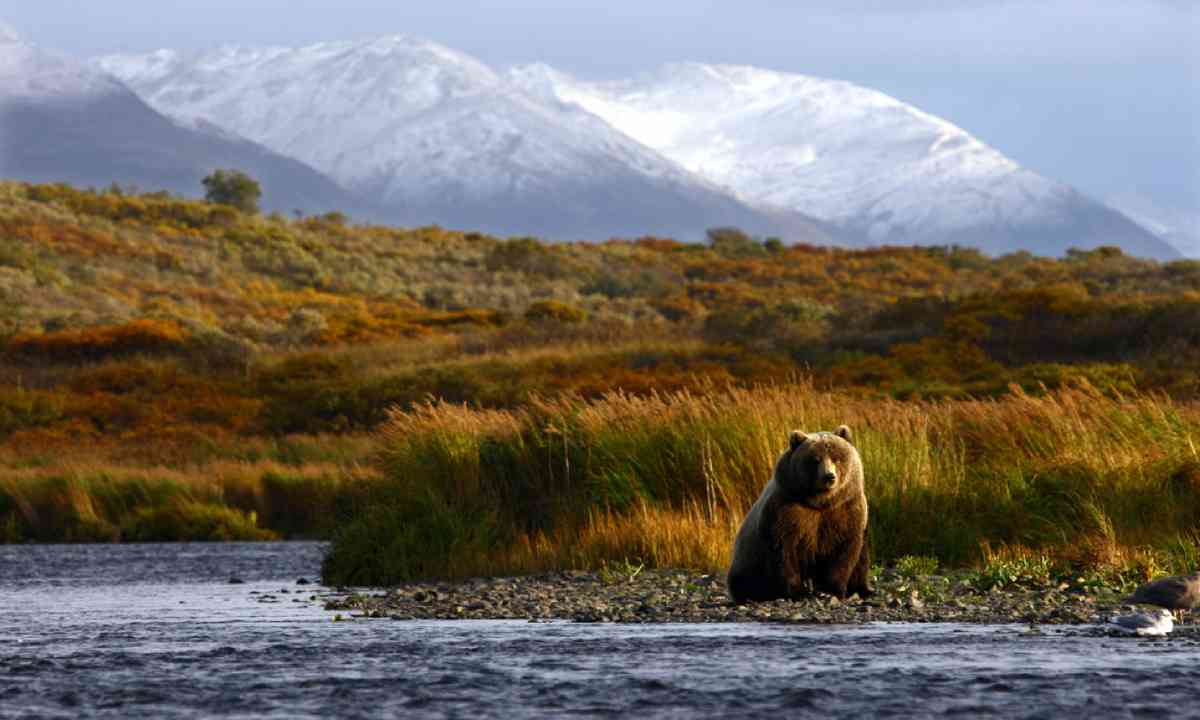 Windswept Unalaska is the country’s top seafood port with millions of tonnes of king crab and salmon processed annually.

But its footnote in history will always be the day the Second World War came to Alaska – the Japanese bombed the island in 1942. Stop at the Aleutian WWII Visitor Center to learn about the bloody campaign for a few desolate islands and then climb Mt Ballyhoo to see gun mounts, bunkers and other military artifacts that the US Army built to fortify Alaska after the air raid.