Is Iceland the perfect family destination?

With its wild landscapes and adventurous activities, Iceland offers something for everyone. Will Gray asks: is it the ideal family destination?

The beaches are black volcanic grit, the weather (even in August) can be unpredictable, and the nearest thing to a waterpark is a geothermal lagoon smelling of eggs. So why, then, did Europe's North Atlantic outpost prove such a hit with our kids this year?

The fact that we travelled with two other families – close friends of ours – certainly got the thumbs up. Six kids aged between eight and 13, three boys, three girls, all good mates. Sorted.

To be honest, though, Iceland is not a hard sell to children. For starters, we’d lined up a veritable smorgasbord of family-friendly activities during our 12-day trip, including whale watching, horse riding and white water rafting. 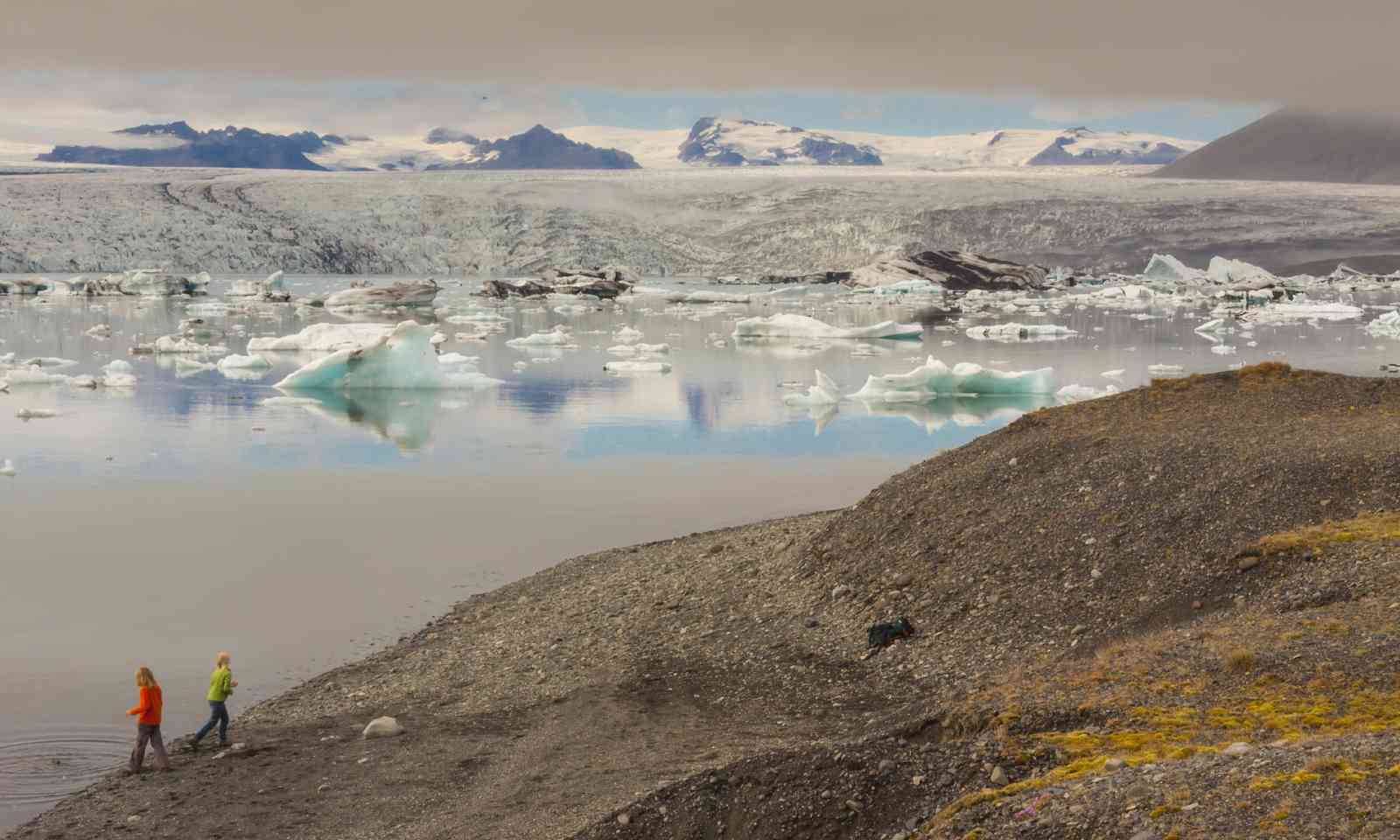 
Then there was our mode of transport: three 4x4s that not only extended our adventure options, but also ensured that all three dads had permanently inane Top Gear-style grins on their faces. We couldn’t decide (or were too polite to say) which of us was Jeremy Clarkson, but we all agreed that Iceland was probably the most fun you could have driving three Kea Sorrentos "in the world".

We collected our silver off-roaders in the north Icelandic port of Akureyri, a 35-minute flight from Reykjavik, before driving east to the Lava House – a beautifully converted 12-bed schoolhouse in a rural hamlet between Lake Myvatn and Husavik.

Basing ourselves for seven nights in one place meant that we could not only save money by self-catering, but we could also relax. Iceland is traditionally a touring destination, but there are plenty of single-base options for families. The last thing we wanted to do was haul suitcases and children in and out of hotels every day or two. And besides, it wasn’t as if there was a shortage of things to do in the area. 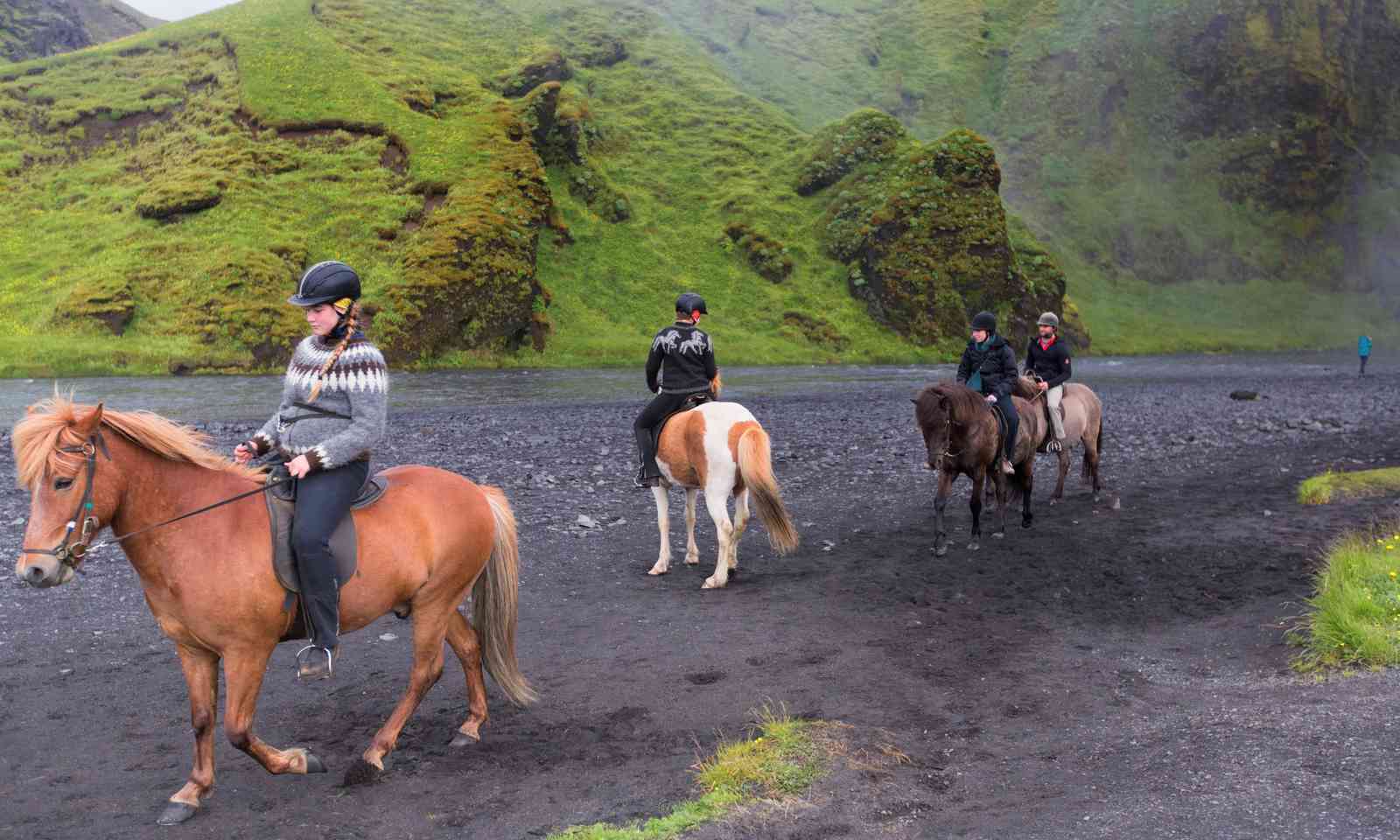 Icelandic ponies have a fifth gait known as a tolt, which is like the equine equivalent of a quickstep, somewhere between a walk and a trot. It’s ideal for inept riders like myself because basically all you do is click your tongue and the thing tolts off at a satisfying speed without demanding any technique or skill whatsoever. There's none of that rising-in-the-saddle malarkey.

Eight-year-old Esther, I should point out, is an experienced horsewoman, but the rest of us were content to tolt. We tolted through emerald fields grazed by cows with enormous udders (all that midnight sun and non-stop grazing apparently). We tolted through shallow rivers where sea trout squirmed in the shallows. And we tolted along gravel tracks in the shadow of smooth-domed, brooding mountains.

Then Ellie fell off. No harm done – just her pride scuffed and her coat smeared in manure from the field that had been fertilised that very morning. To be brutally honest, it wasn’t as if it was going to be the most offensive smell she’d have to contend with during the holiday. Far from it.

The very next morning, all six children revelled in the sulphurous whiff of Hverarond, inhaling the eggy vapours of pustulating mud pits and hissing fumaroles before bursting into hysterics, doubling up and feigning multiple puking fits.

Later, we drove to Krafla (pronounced Crapla – more excuses for toilet humour from the back seats of the Sorrentos) where volcanic eruptions have charred the landscape with the twisted wreckage of an immense lava flow. As we walked through the spectacular, slightly steaming carnage, Esther quizzed me on possible disaster scenarios.

“But if it did, could you run faster than lava?”

“Well, yes, I probably could Esther, but I’m afraid you’d be toast.”

The children got a big thrill from walking on lava, but Krafla is by no means the biggest attraction in the area. There are all kinds of volcanic shenanigans around Lake Myvatn, including a proper crater that you can climb and a maze of strange basalt formations crying out for a troll hunt.

We gently poached ourselves in the geothermal waters of the Nature Baths (North Iceland’s answer to the Blue Lagoon), watched a humpback whale from the deck of an old herring trawler cruising across Skjalfandi Bay and hiked to the roaring, cappuccino-coloured cataract of Dettifoss – Europe’s most powerful waterfall. Taking the kids to hell and back

The highlight of our week, though, had to be our expedition to Askja – an epic all-day drive through lunar-like desolation to the heart of Iceland, fording rivers and crunching over lava flows and pumice-scattered plains to reach an explosion crater known as Hell.

All six children slip-slided into the flooded crater for a swim in the tepid water – a quick dip in Hell.

And as if taking our children to Hell (and back) wasn’t enough excitement for one holiday, we then left the Lava House and spent five days touring back to Reykjavik – white water rafting, glacier walking, more boat trips, more horses, more volcanoes…

Strangely, we didn’t return home completely exhausted. That probably has something to do with the fact that the Blue Lagoon is right next to the airport – a soothing finale to all Icelandic holidays. But there’s also something irrepressibly invigorating about Iceland. It fires the imagination and brings out the child in all of us. In my mind, it’s Europe’s greatest outdoor playground.