The Eagle Huntress: "I will have to give my eagle back to the wild."

Aisholpan Nurgaiv and her golden eagle Akkanat are the stars of recent hit film The Eagle Huntress. We caught up with her to find out what life's like in Mongolia's wilds and what's next for her and her bird

How did you start out hunting?

I helped my father from an early age. When he was away, he would ask me to look after his golden eagle, giving it sunlight or bringing it into the shade. One day, I was feeding my father’s bird when I realised that I was actually interested in this. 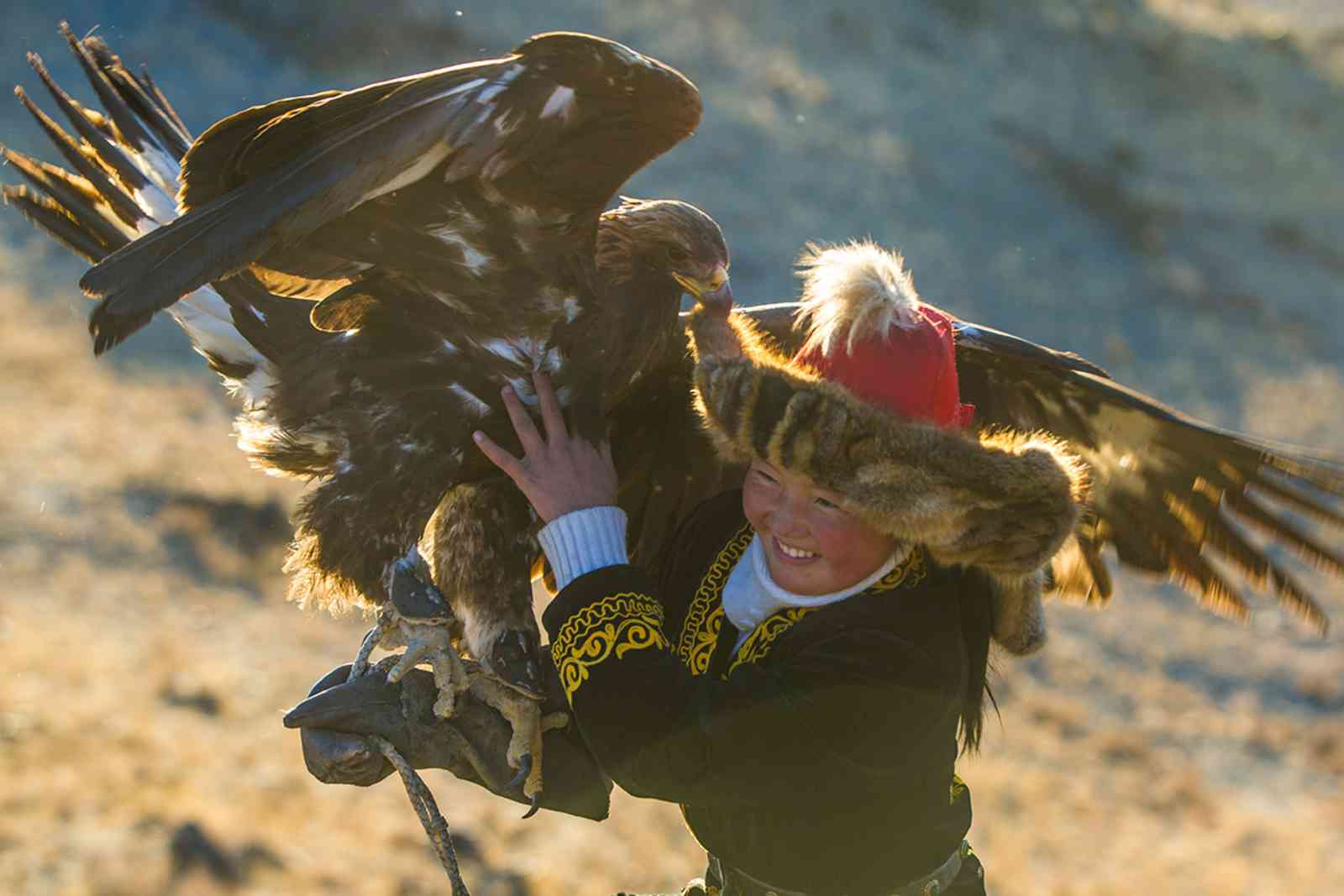 Where do you hunt with your eagles?

All the eagle hunters live in the Bayan-Olgii province and hunt near the Altai Mountains, where you can see them. This is what I love.

Many travellers visit western Mongolia to go horseriding and hiking in the Altai Tavan Bogd NP, but during winter they come to see us hunt foxes with eagles.

Tell us about life in western Mongolia. What can we expect as visitors?

In any nomadic home you can see how we welcome guests. First of all, we offer hot tea with fresh milk. Then you are free to try everything: hand-made cream, butter, kurt (a dry, salty cheese). They’re all delicious.

In the film, you climb down a rock face to catch your own eagle. Were you scared?

No, I grew up in the Mongolian countryside and the mountains were one place we’d go to play. I would say all the kids in this area have good climbing skills.

You also take part in a big competition. Did the camera crew not put you off?

The film crew disappeared among the tourists and locals, all of whom had cameras. I was only afraid that the eagle would not recognise me in a crowd of people or it wouldn’t hear me when I called her. 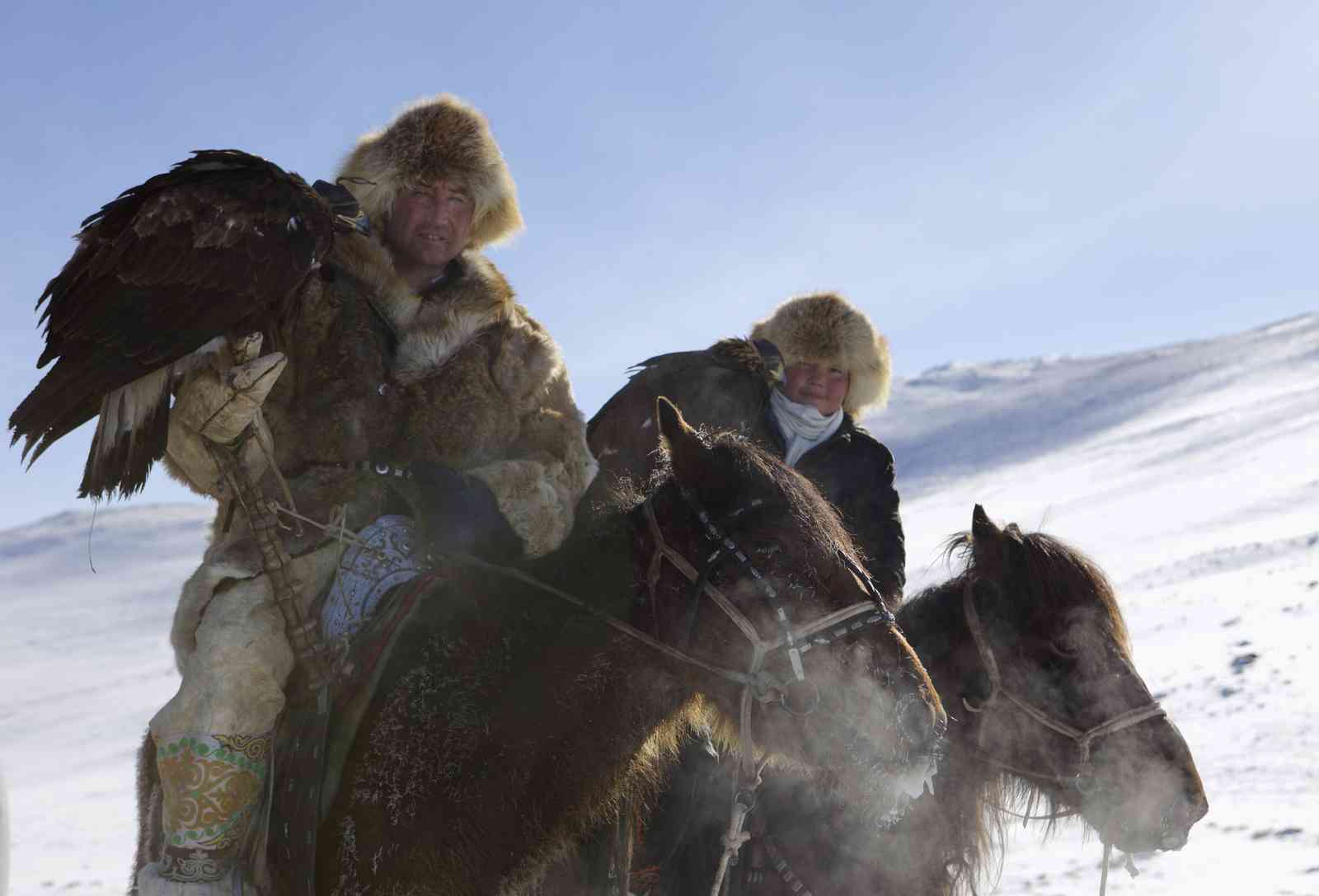 Did the filming affect your life at all?

Yes. Hunting with the film crew was far harder than usual. We had to tell them our plans first, and while they were setting up their cameras, they would often scare the foxes away, so we’d have to move on to another hunting ground, or they’d need to stop in order to change their batteries because they’d frozen and died again.

You’re 15 now. How has your life changed since the filming ended?

The best schools in Mongolia invited me to study for free, so I now have a scholarship. I want to be a doctor eventually, but after graduation I will need to study in faraway cities, where I can’t hunt with my eagle.

I am planning to teach my little sister how to hunt, but before I graduate I will have to say goodbye to Akkanat and give my eagle back to the wild. I am sure it will be hard for me to accept but I need to do it.

The Eagle Huntress is on DVD and Blu-ray May 08.