Passengers flying long-haul will be able to book four-hour sleeping slots in the airline's new 'Skynests'...

Does the idea of flying long-haul in economy to the other side of the world exhaust you at just the thought? Have no fear, as Air New Zealand have just revealed their new "game changer" initiative – bookable sleeping pods.

The airline will become the world’s first to offer passengers with regular seating the chance to take a nap in their new Dreamliner cabins, expected to arrive in 2024.

Passengers on the 17-hour journey to New Zealand will be able to book a four-hour nap slot in their brand new ‘Skynests’ – aka, communal bunkbeds.

These will be available to those who fly in both premium and economy seats on the ultra-long-haul flight, at an additional cost.

The sleeping pods will be stacked one above the other, and come with mattress, pillows and sheets – the later will be changed by cabin crew when passengers swap over. 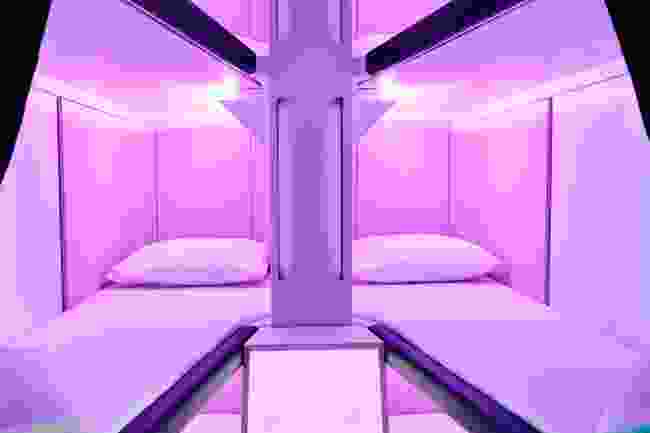 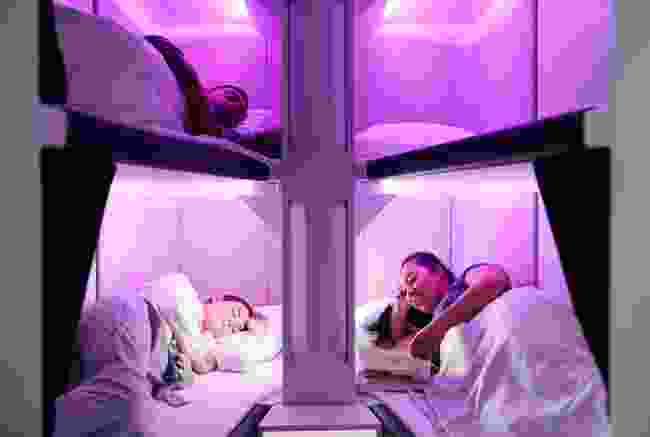 In total, six 'Skynests' will be installed on the eight Boeing 787-9 Dreamliners, replacing just five economy seats on each aircraft.

The airline is expected to resume many of its ultra long-haul routes this year, such as New York to Auckland, but the sleeping pods will not be ready in time for these services.

"We have zeroed in on sleep, comfort, and wellness because we know how important it is for our customers to arrive well-rested. Whether they are heading straight into a meeting, or to their first holiday hotspot - they want to hit the ground running.

He continued: "It's a proud moment to finally unveil five years of hard mahi, in what truly is a cabin of possibility. One that will provide customers with options to get some shut eye wherever they're sitting."

This new initiative comes after Australia's Qantas airline announced their new wellbeing areas on their non-stop flight from London to Sydney.

The hope is this extra level of comfort for passengers will encourage travellers back to New Zealand after having its tourism severely impacted by the pandemic.

The country has recently opened up to visitors from certain countries, with plans in place to allow all international travellers from July.

A guide to the Great Walks of New Zealand