A time warp weekend in Sark

With no cars, no streetlights and no taxes, a visit to the tiny island of Sark reveals idyllic lifestyles that are almost unchanged by the ravages of time...

Sitting on the small front deck, my feet tangled in the mooring ropes, I watched the boat lurch into the tiniest harbour I had ever seen. A small crowd of people – the welcoming committee for every incoming Sark ferry – was waiting on the concrete jetty. Post, manufactured goods and passengers were all hauled up Harbour Hill behind a tractor, the island’s only mechanised transport.

Diminutive Sark, just 5.5km by 2.5km, is the second-smallest of the Channel Islands. It’s also the only feudal state in Europe, leased in perpetuity to the local lord – the seigneur – on condition that he maintains 40 men at musket and pays 50 sols tournois to the crown. For his pains, the seigneur is the only person on the island allowed to keep a dovecote and a spayed bitch, and he owns every bit of debris washed up on its shores.

But for now, Sark has no mains gas, no mains sewage, no cars, no streetlights and no taxes. Catchment (rainwater from the roof) is the traditional source of water, now supplemented with bore holes. Islanders laughed at me when I talked about my home-delivered organic box scheme – they have always farmed in harmony with the land, and food miles are irrelevant on an island so small. Although there is a cluster of shops at the top of Harbour Hill, houses are spread out in small groups, most with cultivated vegetable patches and all surrounded by verdant pastures – a strong reminder of the residents’ self-sustaining mentality.

Cyril and Dermot’s Le Petit Beauregard, a 400-year-old stone farmhouse gazing out over the crashing Atlantic, is a prime example of this sustainability. Now a B&B and restaurant (and my home for two nights), the food miles here were at an all time low. On the menu that evening was Seth – in the form of a succulent and tasty rump steak – who used to live a stress-free life two meadows along, enjoying the sea views that were now mine alone.

After dinner Cyril took me into those fields, past unnamed sheep chomping happily on pesticide-free grass. Under a vibrant sunset we collected fresh mushrooms for breakfast and scattered older ones to help the next crop grow.

Waking up the next morning was reminiscent of switching on an old tube-driven TV. Head still nestling on my pillow, I could see the light creeping up over the lush green fields; then the island of Brecqhou, the Channel, the rocks and finally Guernsey all gradually appeared as the light licked them into life. 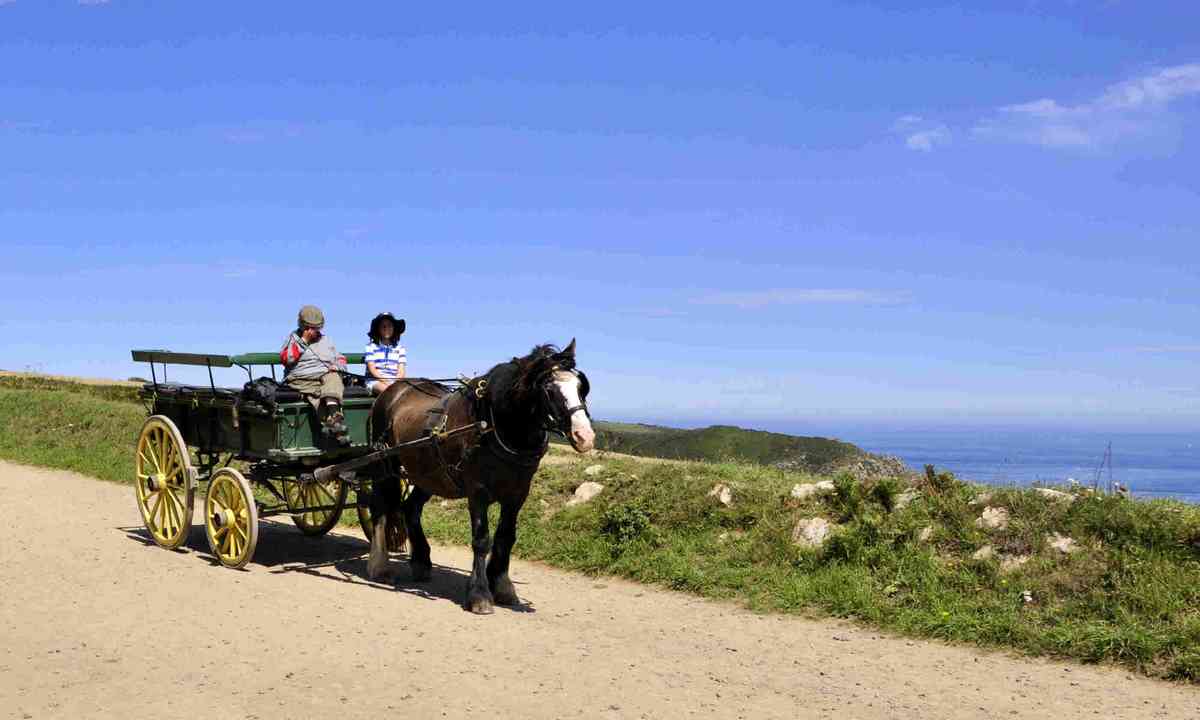 Horse and carriage in Sark (Dreamstime)

I burst into life too: with only two full days on the island, I wanted to see as much of its 48km coastline as possible. Day one, I decided, I’d head north. Just metres seawards of Le Petit Beauregard the track that had brought me from the harbour merged into soft grass paths. For 30 minutes I traced the unblemished coastline, blasting surges of foam roaring beneath.

I then turned inland into deepest Sark, weaving among gnarled hedgerows and private flower-gardens where the wide-open doors bore witness to the island’s non-existent crime rate.

Past the fortified turrets of the Seigneurie – home to the island’s feudal ruler – I plunged down a wooded track, just as a loud crack of gunfire rang out. An exuberant springer spaniel burst through an open gate a few metres ahead; three smiling faces carrying broken shotguns and a brace of grouse followed behind.

The faces belonged to Sam, Harry and Ian, who filled me in on island life. They told me that the hedgerows were so neat because they were inspected by the local constable – failure to present neat borders could result in fines.

It was tempting to follow the three men to the Bel Air (the best pub on the island, they said) but I had a prior engagement with George, a descendant of one of the island’s original 40 families. Aboard his traditional, Sark-built boat, George spun tales of shipwrecks while navigating into coastal caverns, filling me in on the Channel’s wildlife: peregrine falcons, shags, cormorants and gulls wheeling above. But it was the puffin colonies that were most spectacular; from a distance the birds resembled huge bees in a honeycomb, the vivid colours of their friendly faces only revealed as we sailed closer. 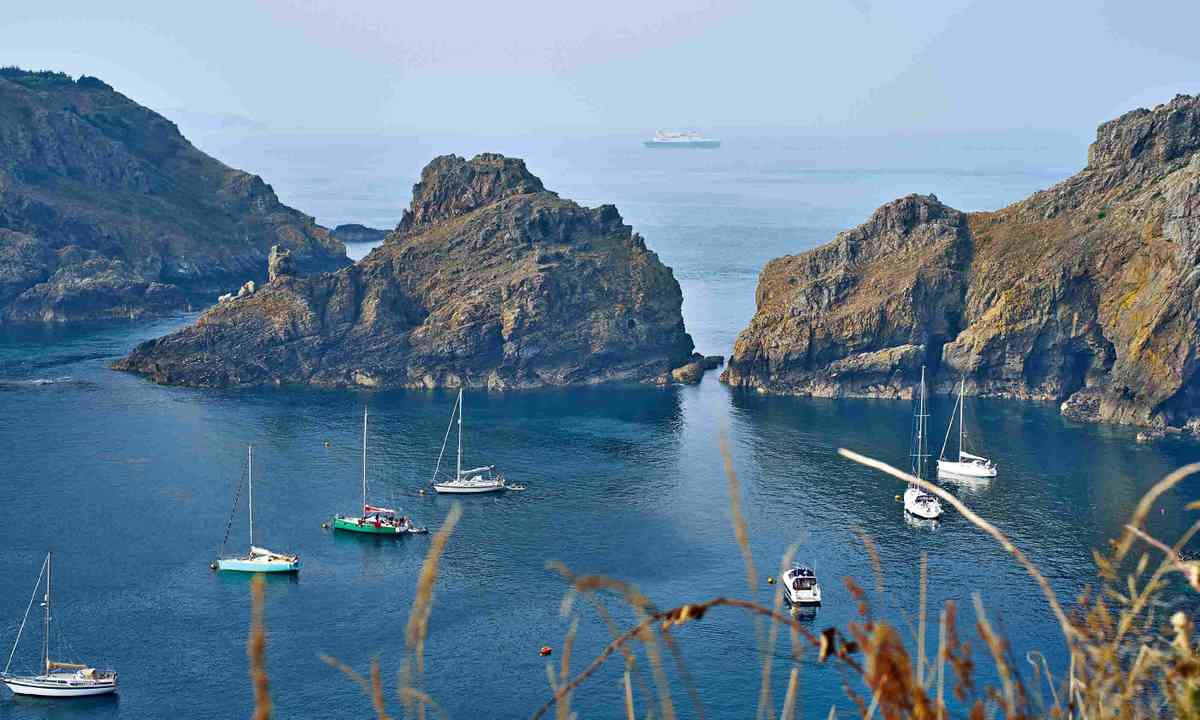 Early next morning Cyril sent me off to the dairy farm on his old bicycle to bring back the day’s essentials. The milk was udder-warm, the butter golden yellow. I cycled back to Beauregard, my wares shuffling in the bike’s wicker basket, and entered the kitchen to find a dead pig on the table and Wagner blaring in the background.

I escaped the classically-charged butchery with Jim and Sheila, fellow guests at the farmhouse, who have been holidaying on the island for the past 40 years – from the time when washing water was still delivered to their room in a jug. They offered to show me the coastal route south, to the island of Little Sark.

“That’s the Dixcart Hotel,” Jim pointed out as we passed a stone farmhouse. “In years gone by, people would dine there just to see the famed Dame of Sark’s grand arrival.” Sybil Hathaway, grandmother of the present seigneur, was the spirited feudal ruler of the island during the Second World War; she used to pull up at the hotel in her open carriage, four great oil lamps flaring. 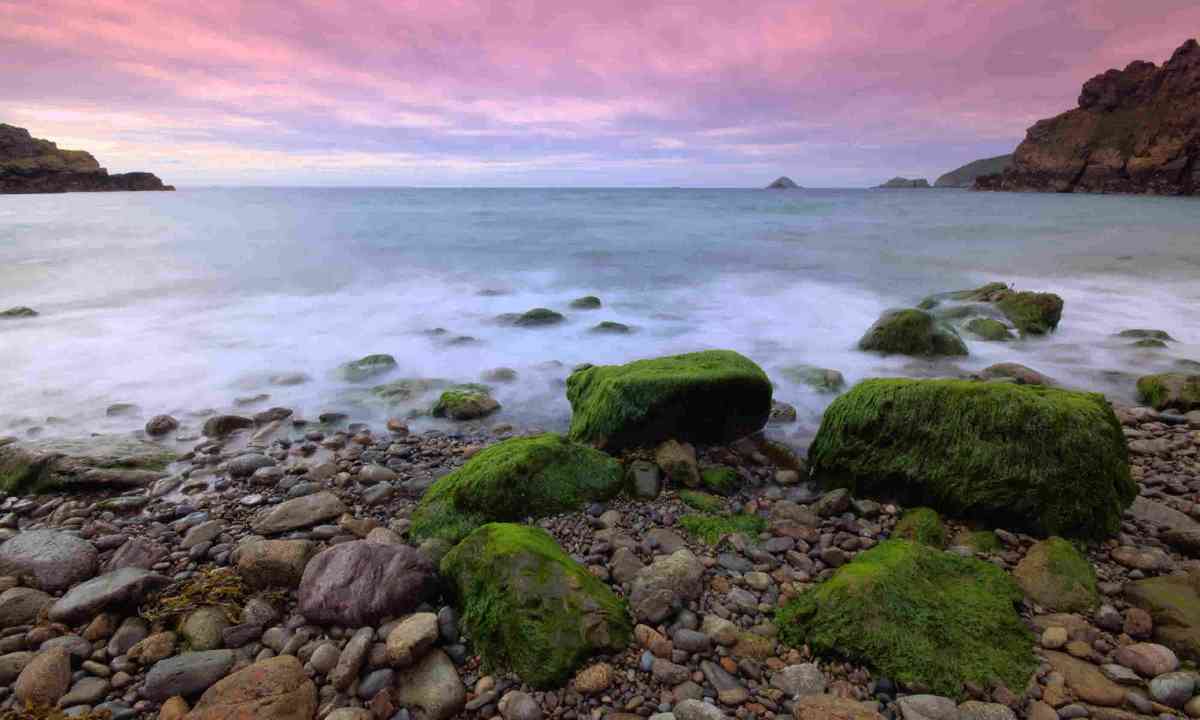 We strode on through blackberry-bush-lined paths, our target the narrow isthmus of La Coupée, gateway to the island of Little Sark, where we planned to lunch at the rustic, Michelin-starred La Sablonnerie. Elizabeth Perrée, its owner, defined Sark as a ‘great leveller’. “A high court judge, a television celebrity and a local artisan could all sit comfortably together in the same bar here,” she told me. She’s passionate about protecting the self-sustaining life of the island and proud of her latest eco-project: a reedbed to recycle the sewage from her hotel and that of her neighbours.

The residents of Sark live the kind of eco-idyll that city types can only dream of. Only it’s not fashion here – just the natural way: grow your own veg, tend your own pigs, cycle rather than drive.

Returning to Le Petit Beauregard that evening, Wagner had given way to the opening of Macbeth. On the front lawn a huge black cauldron was bubbling and Dermot was dropping in lobsters, which screeched as they boiled – no one said eco-living was pretty. But enjoyed later with Dermot’s homemade mayonnaise, no lobster has ever been more fresh or more delicious.