How to spend 3 days in Vienna, Austria

Austria’s capital can often seem so densely packed with culture that you don’t know where to begin, but it's also been voted the best city in the world to live in for 10 years running...

Vienna is a city of exceptional beauty, but it’s not something that happened overnight. Its architectural legacy is mostly the result of its former role as the Habsburg capital of an Austro- Hungarian empire once eight times the size of today’s Austria.

This influence isn’t just found in the city’s buildings however: besides the grand imperial palaces and churches created during 640 years of Habsburg rule, the city’s abundant green spaces were also often royal in origin. The famous Prater was an imperial game reserve until Emperor Joseph II gave it to the people as a park in 1766.

Less ‘in your face’ but no less important is the influence of the vibrant pre-First World War Vienna Secession and Werkstätte movements on the city. Buildings by Joseph Olbrich and Otto Wagner and paintings by Gustav Klimt and Egon Schiele helped cement Vienna’s place as the cultural capital of central Europe in the early 20th century. This was a time when residents such as Freud, Mahler, Trotsky and Hitler could all have met on the city’s streets. 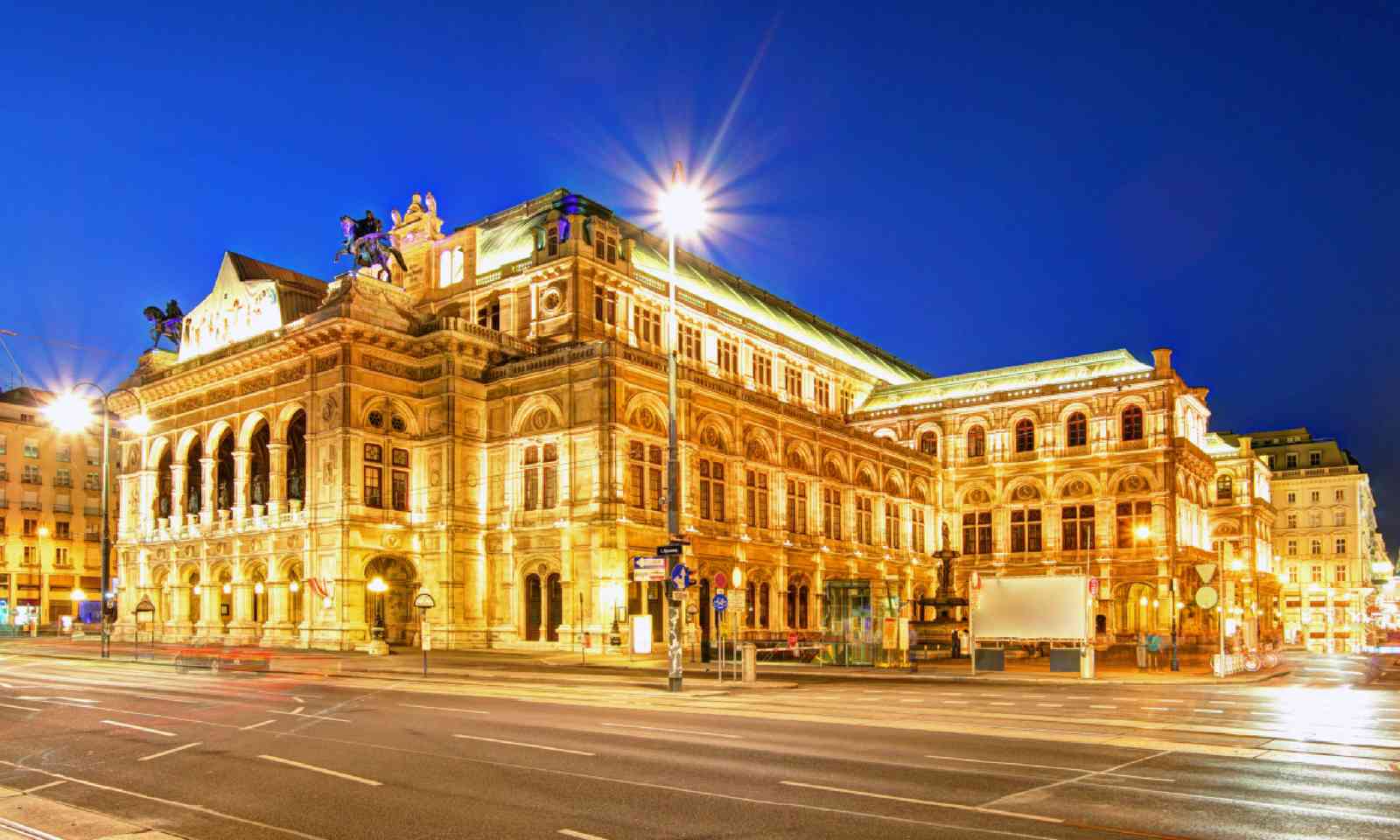 Vienna’s cultural reputation continues to this day with its 160 museums, four opera houses and over 15,000 concerts a year. Many composers have made it their home, and buildings associated with Haydn, Mozart, Schubert, Strauss and Beethoven can all be visited. And yet it’s a city that wears its heritage lightly: Brahms once said that he lived in Vienna “because I can only work in a village”.

The relaxed café culture for which Vienna is well known wasn’t based on Viennese gregariousness. It developed partly because the population density in the walled city encouraged the use of cafés as living rooms. In some ways it anticipated today’s internet cafés, and teenagers could be seen to linger over a single coffee doing their homework in peace without disapproval from waiters.

The café culture has evolved, though, and a contemporary take on it can be found at Café Supersense on Praterstrasse. This is an unusual mix of café and concept store, with plenty of vinyl, analogue cameras, a recording studio and even a printing press all found within a beautiful 19th-century ‘palace’. 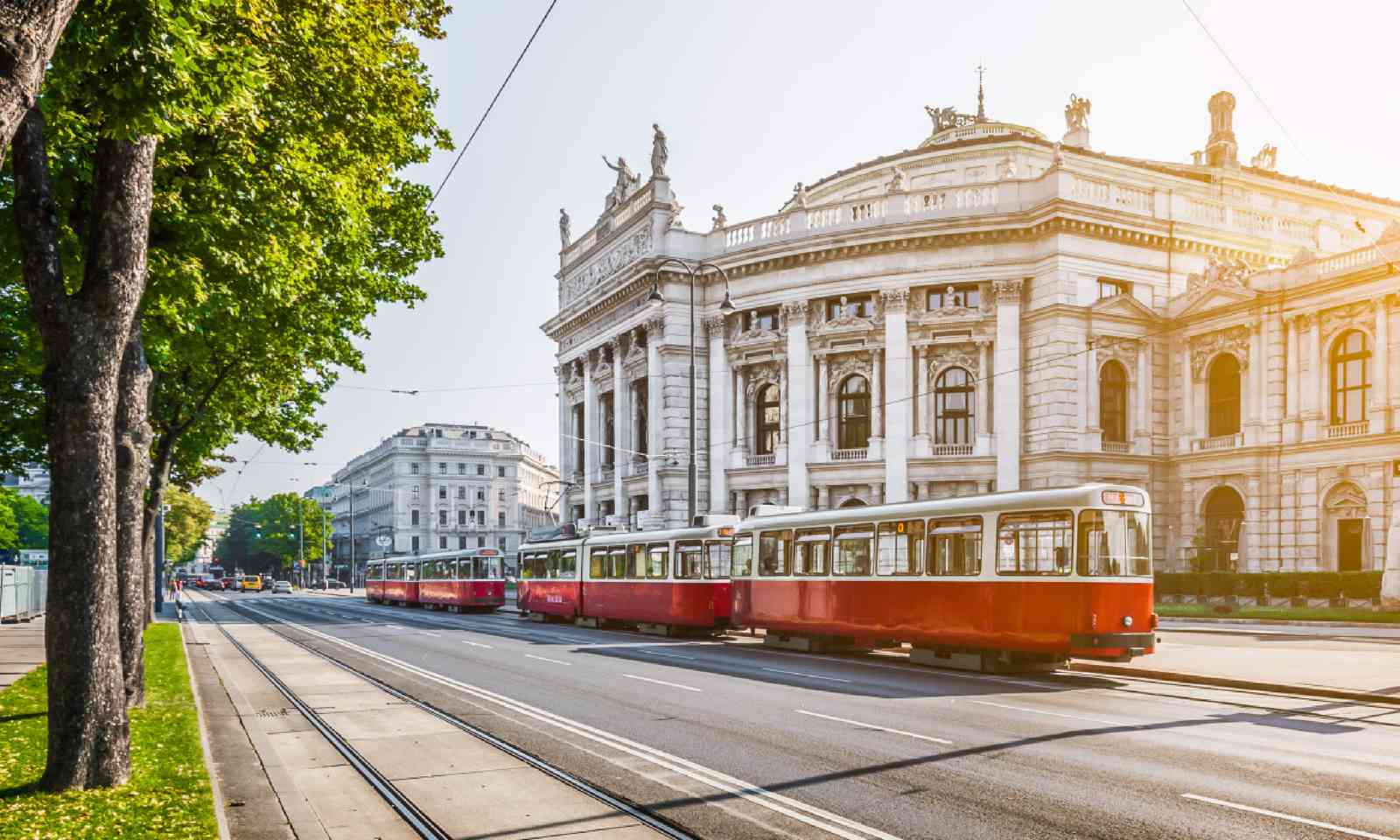 Surrounding the city’s walkable Habsburg core is the bourgeois Ringstrasse, a ring road dotted with mansions and public buildings. It was built on the site of the city’s razed defensive walls and bastions, which were demolished following an order by Emperor Franz Joseph I in 1857.

How to get around Vienna?

Getting there: Direct flights to Vienna are available from London Heathrow, Gatwick and Stansted, as well as Manchester. Flights take about two hours and start from around £49. The rail option (from London St Pancras; £68) requires changes in Paris and either Munich or Cologne (0844 848 5 848; voyages-sncf.com). 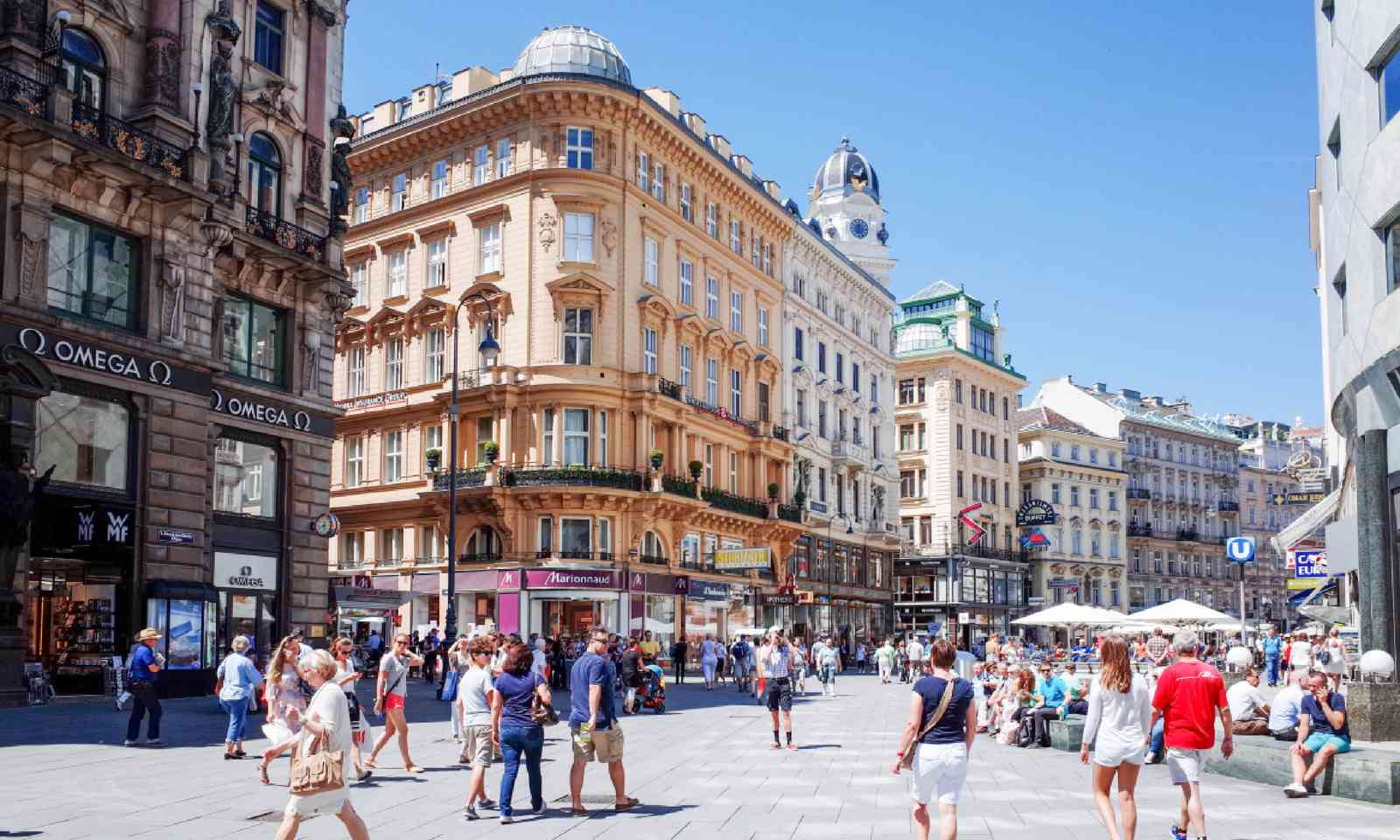 Where to stay in Vienna

The 25hours Hotel at MuseumsQuartier is found on Lerchenfelder Strasse and has funky wall murals, a lively bar and roof terrace, and free bike rental; doubles from €110 [£85].

Close to the Imperial Palace, Hotel Kärntnerherhof has light, bright double rooms from €105 [£81]. All have free Wi-Fi.

Where to eat in Vienna

Late February is a good time to visit the city, with Restaurant Week (22-28 Feb) in full swing. Vienna’s chefs understood the term ‘fusion’ long before it came into fashion, utilising elements from many national traditions.

However, while many dishes come braised, boiled or stewed, a golden pan-fried coating of flour, egg and breadcrumbs is still the preferred way to cook almost anything – and locals wouldn’t have it any other way.

Start at Marktgasse and walk to Stephansplatz to see St Stephen’s Cathedral and climb the 343 steps up its ornate south tower for a stunning view. It is regarded as the finest Gothic building in Austria and still has Turkish cannonballs embedded in it from the siege of 1683.

Walk along Spiegelgasse to reach the vast Hofburg Palace, which contains some 2,600 rooms. It is a city within a city and far too large to see in a day, but its most popular sections are the Imperial Apartments, the silver collection, Spanish Riding School and the museum devoted to cult figure Empress Elizabeth (‘Sisi’). 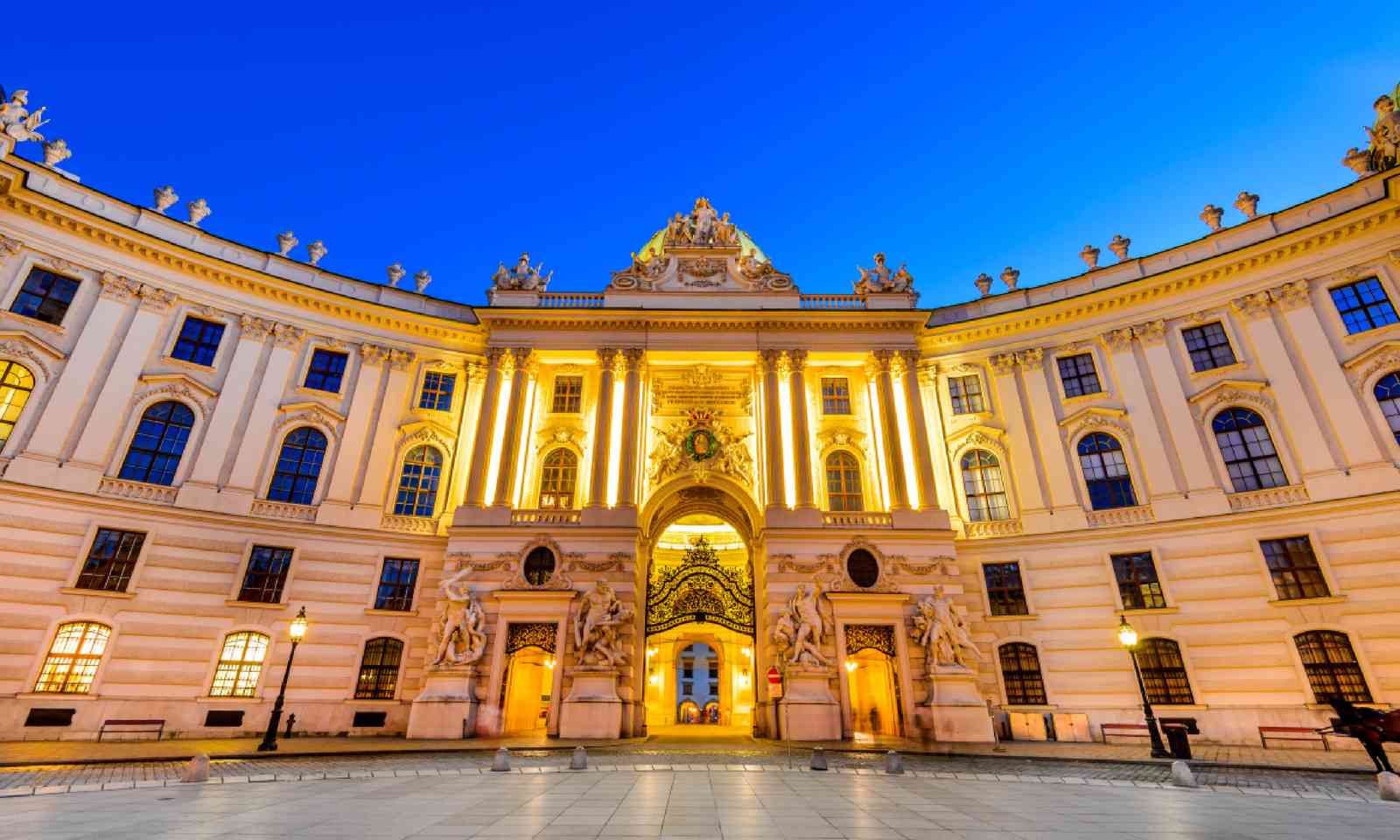 Round off the afternoon by taking the tram to Oper. Take tea at Café Sacher, opposite the opera house, and try its Original Sacher-Torte, arguably the most famous cake in the world since 1832.

Vienna’s vineyards on the city outskirts are famous, so take tram D to Nussdorf Beethovengang and finish with dinner at a heuriger (wine tavern). One of the finest is Kierlinger, on Kahlenberger Strasse, which dates from 1787.

Take tram D for the 24-minute ride around the Ring, which has a commentary on its history and the surrounding buildings.

Get off at Julius-Raab-Platz and take tram 1 to Prater Hauptallée. Walk northwest to the ferris wheel built by English engineer Walter Basset in 1897, which is synonymous with Carol Reed’s classic 1949 film The Third Man, starring Orson Welles. It offers some impressive views – and don’t forget to check out the surrounding funfair. 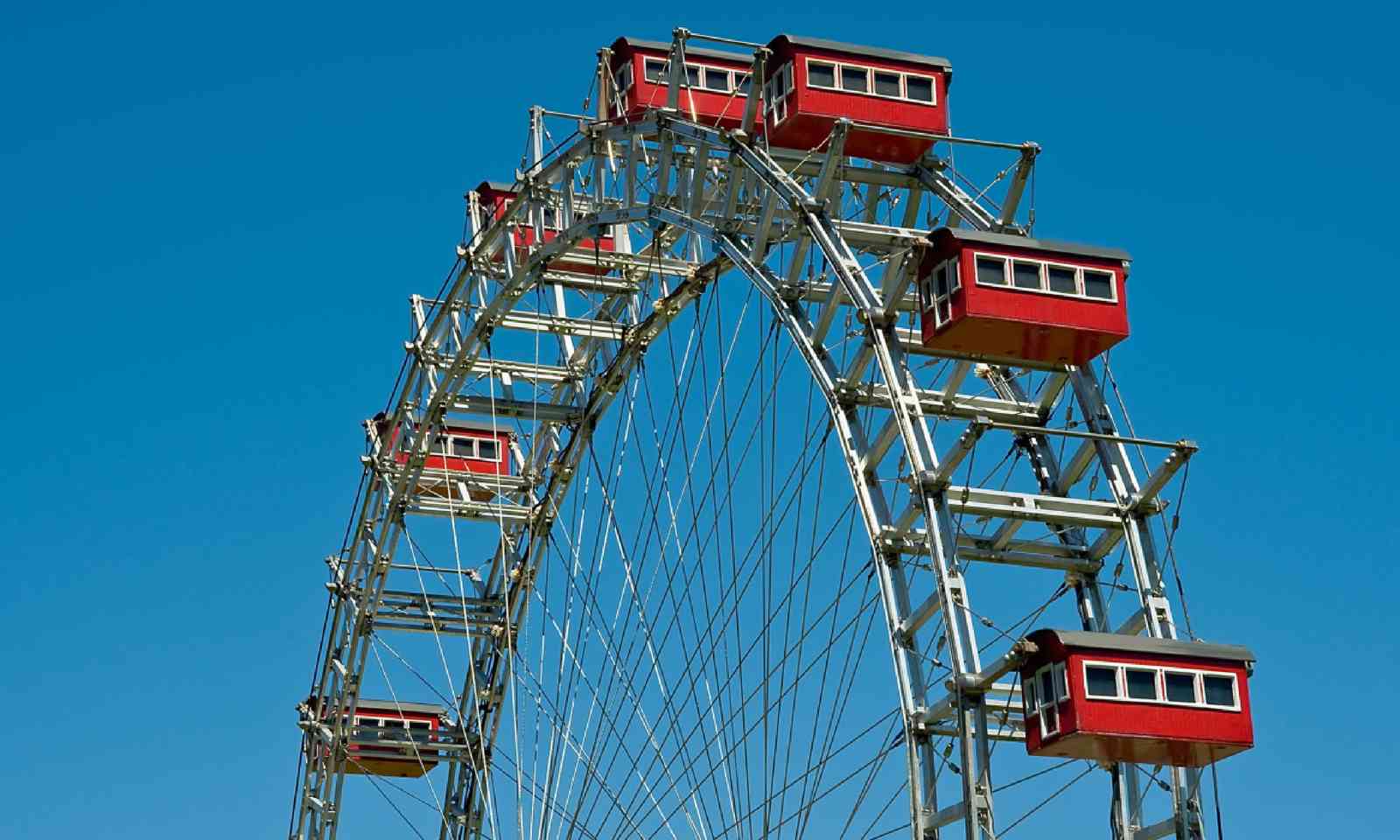 Take Line U2 to Karlsplatz and walk to Schwarzenburgplatz and Belvedere’s palace gardens. Walk through the grounds of Lower Belvedere to Upper Belvedere, which houses the world’s largest collection of Gustav Klimt paintings, including his most famous work, ‘The Kiss’, housed in the West Wing. Adjacent is the oldest alpine garden in the world (created in 1803); take some time out to wander its 4,000 species of plant.

Finally, whet your appetite by walking to Petz Im Gusshaus at Gusshausstrasse 23 for dinner. Chef Christian Petz blends Austrian classics with exquisite tastes from all over the world.

Day 3: The art of the matter

Take Line U2 to Taborstrasse for a walk along the formal French-style allées of the city’s oldest baroque garden, the Augarten, home to the Augarten porcelain factory and museum, and the concert hall for the celebrated Vienna Boys’ Choir. Stay for coffee and cake at the café.

Take Line U2 to MuseumsQuartier for lunch at the Leopold Museum’s excellent café before exploring its impressive collection of Schiele, Klimt and Oskar Kokoschka masterpieces. 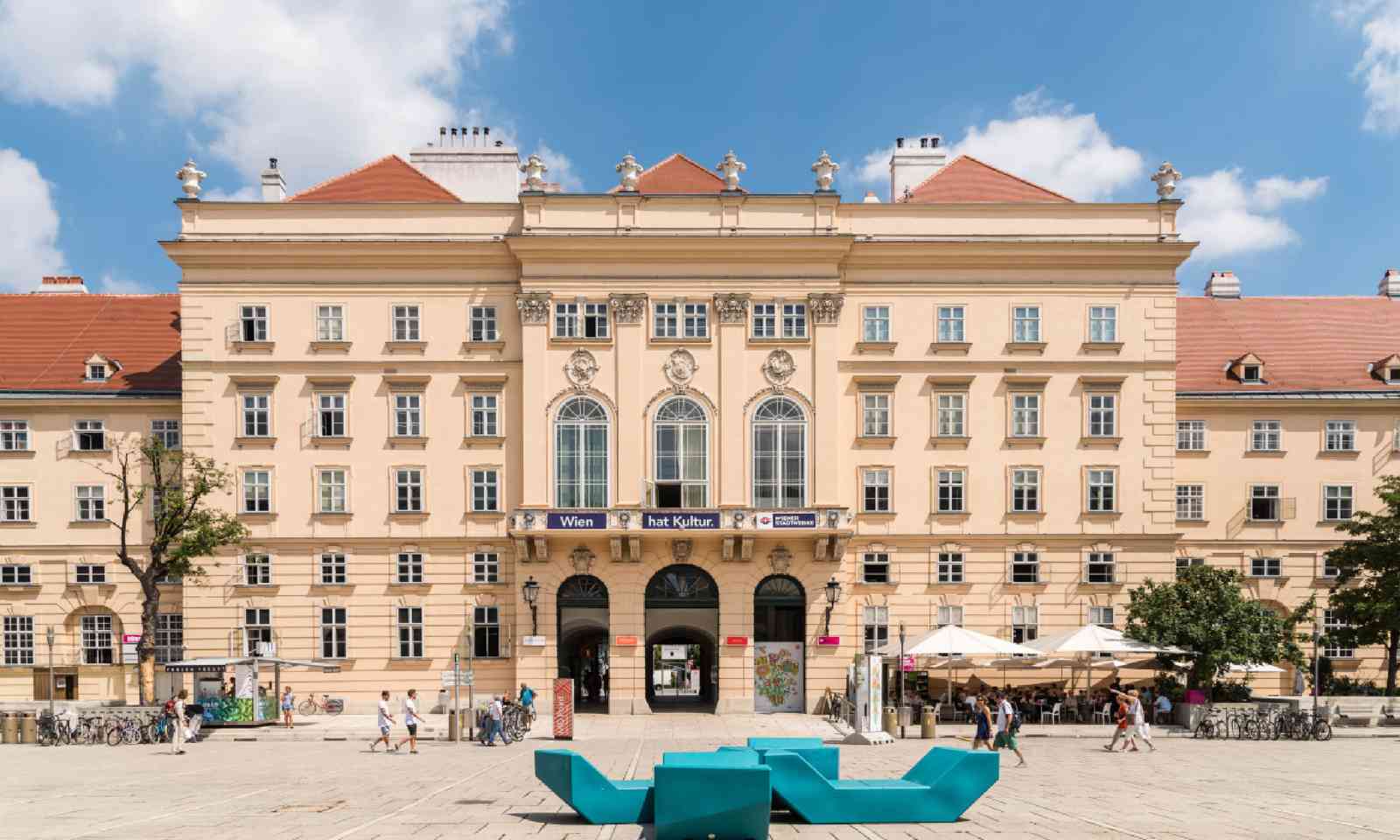 If modern art doesn’t appeal, almost opposite is the Kunsthistorisches Museum, which has one of the world’s richest art collections, with an entire room dedicated to Titian. Later, walk along Getreidemarkt to Vienna’s famous Secession Building and the Naschmarkt, a food market on weekdays and flea market on Saturdays (from 6.30am).

Afterwards, dine on Viennese specialities in the former monastic cellars of Augstinerkeller at Augustinerstrasse 1. End the day with a visit to the tiny Loos Bar, off Kärntnerstrasse, for a fruity gin cocktail. This bar dates from 1908 and is usually a good place for some celebrity spotting.