Coastline, cuisine and a lot of cider: Thomas Rees enjoys the fine pleasures and tasty treasures of the Basque Country’s new European Capital of Culture

There were walnut shells strewn across the table. Songs full of prickly Basque consonants – Ks, Ts and Xs – reverberated around the room and the cellar echoed to shouts of “txotx” (“let the cider flow”). My new friend Juancho grinned as he leaned up against one of the vast chestnut barrels, his hand on my shoulder. “Yo sé que volverás,” he said: “You will come back, I know it.”

It’s easy to fall for San Sebastián, or Donostia as it’s known to its Basque inhabitants. As a naval port close to the French border, the city spent much of the 18th and 19th centuries getting sacked, shelled and burnt down by forces belonging to Napoleon, the Royal Navy, and then local Carlists, who sought to change the rules of royal succession. But when peace prevailed and Spain’s royals started heading there in the 1840s, to trundle up and down La Concha beach in ox-drawn carriages and bathe in the tranquil waters, the city’s fortunes changed.

Palaces, bathhouses and elegant seafront promenades sprang up. The fearsome batteries atop Monte Urgull fell silent and San Sebastián spread out across the bay. Nowadays, three of the best city beaches in Europe are within its limits: La Concha and Ondarreta – arcs of golden sand sheltered from the Cantabrian Sea by Santa Clara Island – and Zurriola, on the other side of the River Urumea. Here, surfers slice through the breakers and the air smells of salt. 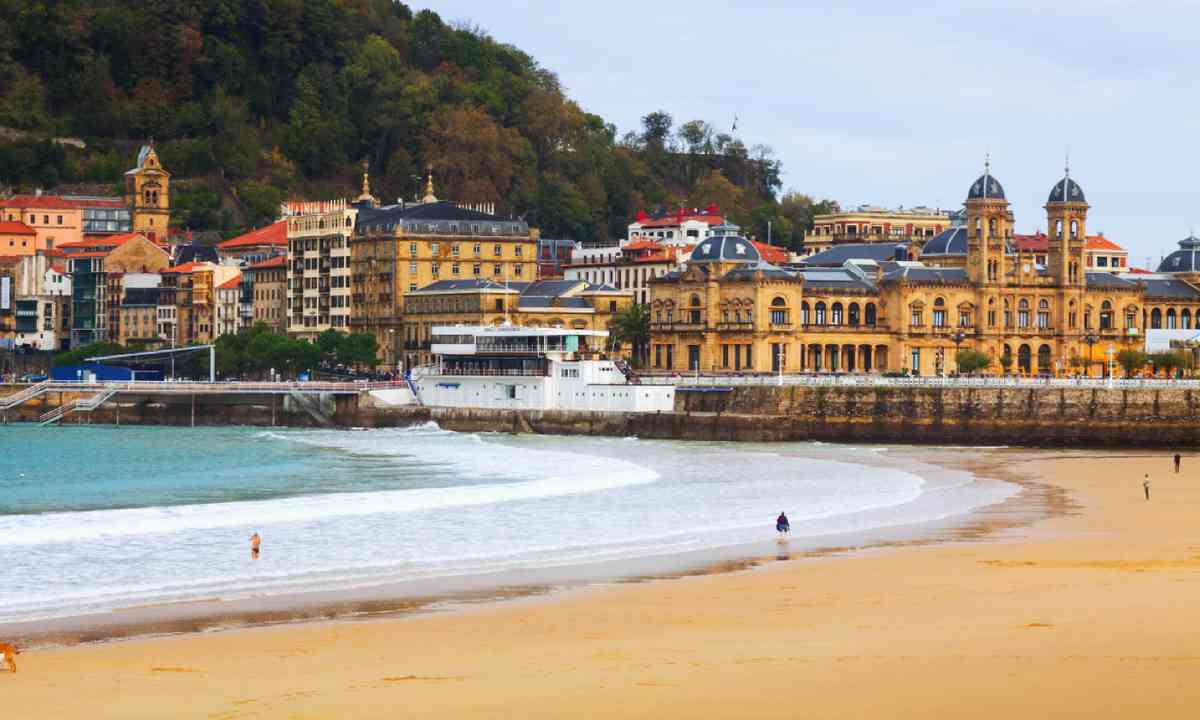 
More recently, San Sebastián has become just as well known for its pintxo (Basque tapas) bars, where glasses of Txakoli wine line the counter and plates of grilled octopus fly out of boisterous kitchens. It has a small constellation of Michelin-starred restaurants and more stars per square metre than anywhere else in the world save Kyoto, yet it’s healthy and active too. The local donostiarra seem as keen on cycling, swimming and coastal walks as lazy lunches washed down with rioja.

Each September, Hollywood comes to town for the glitzy international film festival. Modernist sculptures by Basque artists dot the seafront and take pride of place in the San Telmo Museoa, built around the honey-coloured cloisters of a Dominican convent. And, as if you needed another excuse to visit, San Sebastián has spent the past few years preening itself for its tenure as one of 2016’s European Capitals of Culture (ECC) – meaning it’s never looked better.

Throughout the year, the city’s programme of ECC events will be heavy on traditional Basque pursuits – everything from drumming to feasting. Which was how I ended up in a 16th-century farmhouse, drinking local cider from a barrel, eating walnuts and sheep’s cheese with Juancho and a crowd of locals, and promising that I would come back. It’s an easy promise to make. In truth, it was leaving San Sebastián that was the hard part.

When to go: Year-round, though the city is busiest in high summer and during the September film festival.
Getting there: There are flights to Bilbao (75 mins from San Sebastián by road; buses every hour from several UK airports. British Airways flies from London Heathrow; flight time 2hrs.
Getting around: San Sebastián is best explored either on foot or by bike.
Where to stay: The luxurious and starry Hotel Maria Cristina is a firm favourite with the film festival’s A-listers. Hotel Niza is on Paseo de la Concha. Pensión Amaiur is a charming Old Town guesthouse.
Where to eat: Parte Vieja (Old Town) pintxo bars La Cuchara de San Telmo (Calle 31 de Agosto 28) and Borda Berri (Calle Fermín Calbetón 12) are essential stops. If you fancy something more experimental, try Bar Zeruko (Calle Pescaderia 10) for its La Hoguera, a pintxo of smoked salt cod. The cheesecake at La Viña (Calle 31 de Agosto 3) is astonishing.
More info: For further details on the city, visit sansebastianturismo.com or spain.info. 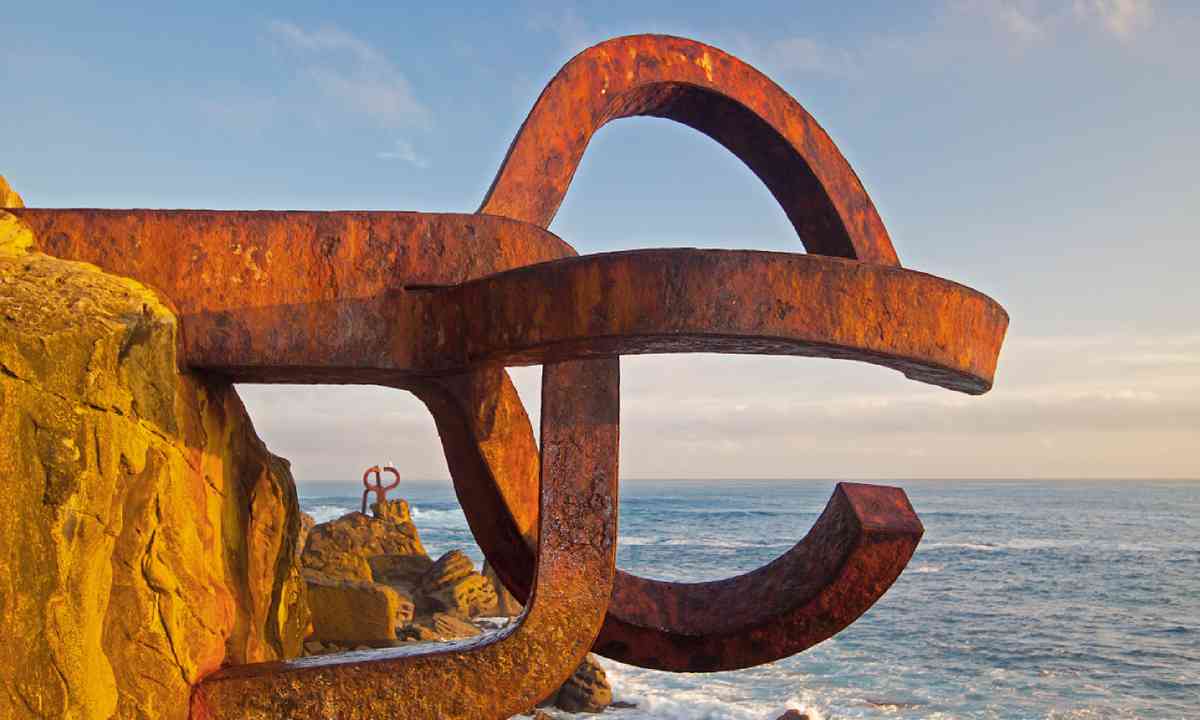 Get your bearings with a climb up panoramic Monte Urgull. Descend on the seaward side, passing tombstones of British soldiers who died during the First Carlist War. Follow the Paseo Nuevo through the harbour and enter the Parte Vieja (Old Town) along Calle Puerto. Turn onto Calle Mayor to gaze up at the 18th-century basilica Santa María del Coro.

Continue along Calle 31 de Agosto as far as Iglesia San Vicente, the city’s oldest church. Behind it is the San Telmo Museoa, a fine Basque museum housed in a 16th-century convent.

Refuel with a tour of the Parte Vieja’s pintxo bars (see ‘Where to eat’), then swing by the central square, Plaza de la Constitución, and the main promenade, Paseo de la Concha. At the end of the bay is the Eduardo Chillida sculpture ‘The Comb of the Wind’.

For more views, walk or take the funicular up Monte Igueldo, home to a 100-year-old amusement park. Finish at Michelin-starred Arzak (reservations essential) – it has held three stars since 1989. 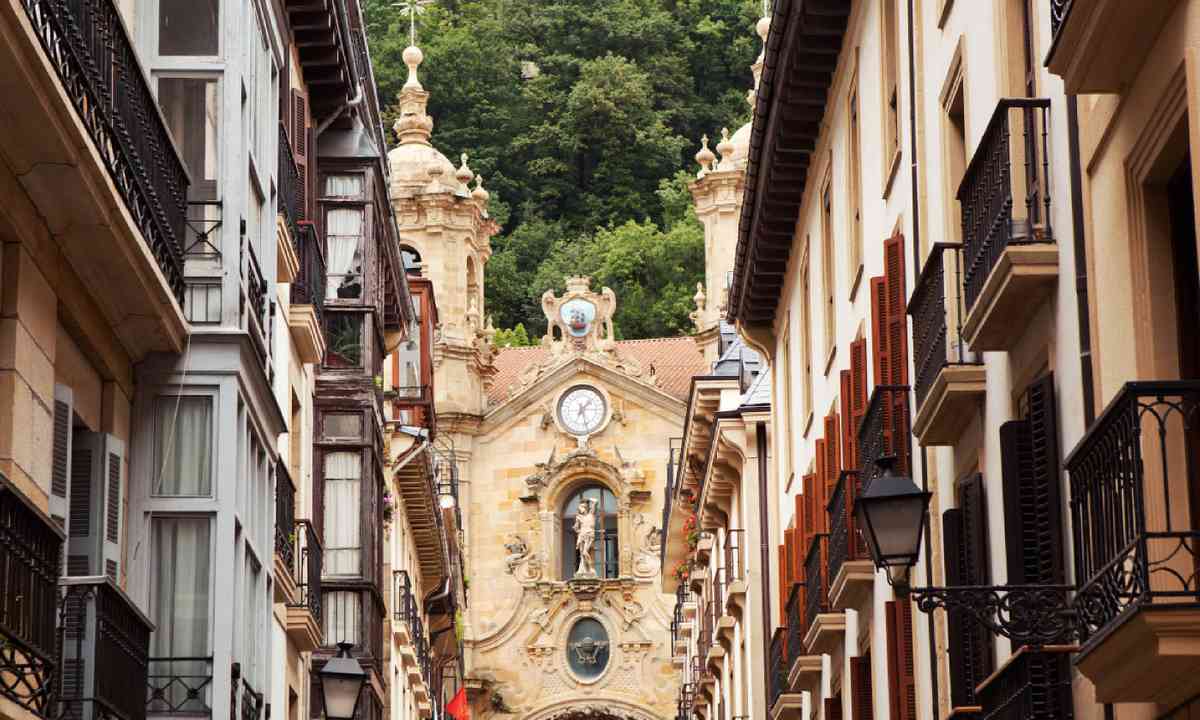 The church in the old town of San Sebastian, Spain (Shutterstock)

Spend the morning exploring the avenues and squares of the Centro Romántico, built in the Parisian Haussmann style and dominated by the Neo-Gothic Catedral del Buen Pastor, then hit the beach. Locals swim all year round off La Concha and Ondarreta. You can also swim or catch a boat (June to September) to Santa Clara Island where there are picnic spots.

To learn more about Basque cuisine, take a cookery course. The excellent San Sebastián Food run half-day classes from in which you’ll prepare a four-course meal paired with Txakoli and a selection of wines from nearby La Rioja. They also run pintxos tours.

For an equally memorable gastronomic experience, visit one of the region’s cider houses, which serve rustic staples like salt cod with green peppers, and txuleta steak along with all-you-can-drink cider. Lizeaga (for a five-course menu with cider) is one of the best and most atmospheric, housed in a 16th-century farmhouse outside the city. Take bus A1 from behind Hotel Maria Cristina to stop at Humedal (30 mins), or take a taxi (15 mins). 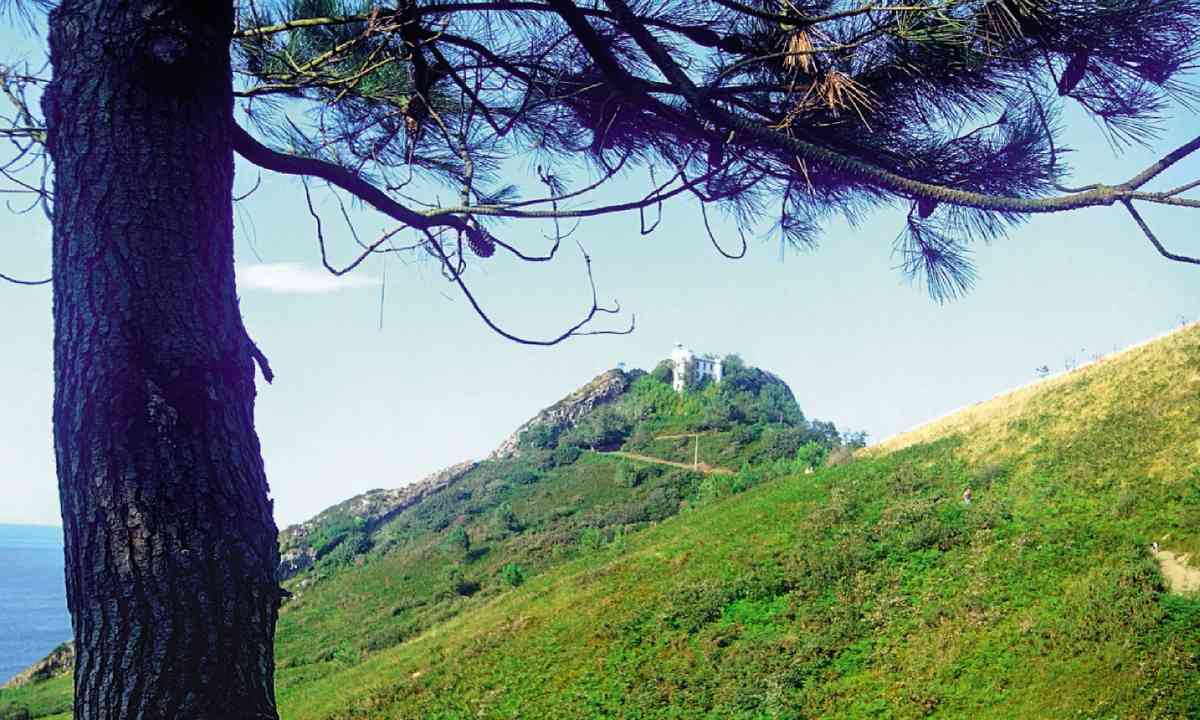 The Cantabrian coast is made for hiking. A 7km clifftop walk to the port of Pasajes (Pasaia, in Basque) takes 2.5 hours and follows part of the Camino de Santiago, passing souffle-like rock formations, swathes of forest and fragments of an aqueduct. To pick up the trail, follow the Paseo de Zurriola, the final stretch of the promenade, through Gros. Turn right onto Avenida de Navarra, then left onto Zemoria, which winds up the hill and becomes a flight of steps. Follow red, white and green-striped markers (later just red and white) and signs to Pasajes/ Pasaia. Bus E09 (5 mins) runs every 15 minutes from street Esnabide Kalea in Pasajes back to San Sebastián.

Further along the coast, the picturesque town of Hondarribia, on the French border, is a popular day trip. There are frequent buses (45 mins) from Plaza Gipuzkoa.

If you fancy getting your surf on, you can hire gear or a teacher at Pukas Surf in Gros.

Back in the centre, don’t miss La Bretxa Market, where the city’s top chefs buy their ingredients. If you have your heart set on a traditional Basque beret, visit hat shop Ponsol (Narrica 4).